Annihilation is a simple top down, arcade style shooter from TreeFall Studios. The main concept is protecting your base from endless spawns of enemies and trying to obtain a high score, or perfect score (for all of the completionist out there). The gameplay is very reminiscent of the popular arcade games Centipede and Space Invaders. Enemies will come from the top of the screen and try to reach the bottom where the player is. While there are some fun nostalgic feelings that come with playing a game like this, Annihilation did have a few downfalls. Let’s see if it’s worth your time and money.

Upon starting the game you are met with an underwhelming menu of play options. You can choose between stage 1, stage 2, stage 3, multiplayer mode, highscores and the credits for the game. Right off the bat, I was a little thrown off with the look of everything, but it’s actually a slight improvement from previous TreeFall Studios titles. Stages 1-3 are the main game (aka 1 Player mode). Even though there are only 3 levels, each time you play the enemies will spawn in a random order so it’s not the exact same experience every time. Which is kind of nice. It also makes the highscores more challenging to achieve, because while there are still the same amount of monsters for every wave, you won’t know which way they’re coming from. The only reason it would get old quick is because of the perfect scores. In each level, you can obtain a perfect score which is the highest score you can achieve overall in that area. But once you reach a perfect score, what’s the point of going back and playing again? 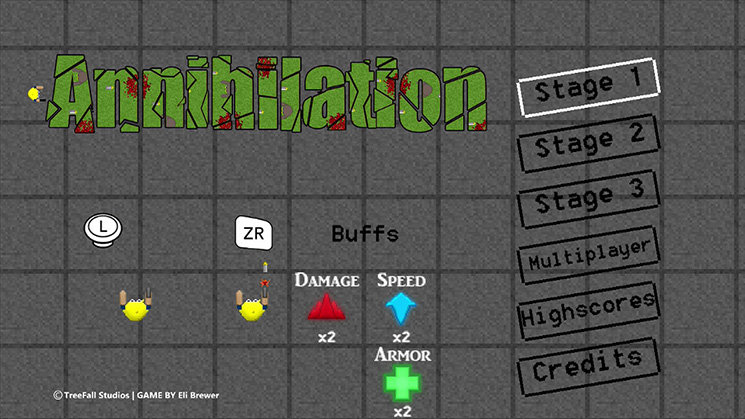 While playing there are two ways to get a game over. Your base has a health bar on the right side of the screen. If you let an enemy get by it will run into your base and take a portion of that health bar. There is also a separate health status for the player on the left side of the screen that starts at 100. If you let an enemy run into you, your health will deplete. So either of those reaching zero would mean GAME OVER. There are a few things you can do to prevent this, like buying an auto turret or a spike strip to lay across the path. When you kill an enemy you will earn money that you can spend on various additional weapons, pressing start will bring up the item shop and pause the game. From there you can purchase an auto turret, upgraded auto turret, spike strip, upgraded spike strip, an additional pistol and special ammo. You can easily switch between your regular and special ammo by pressing the X and Y buttons. You’ll want to save the good stuff for the later waves because quite a few enemies start to appear on the screen at once…like a lot. If you’re able to save your money and buy the things you need, you can get a lot further in each level. I almost forgot to mention that there are power ups that will fall from the top of the screen during a level. These can boost speed, dam, ge and defense. These come in very handy and being able to go faster adds to the fun and frantic nature of the game. 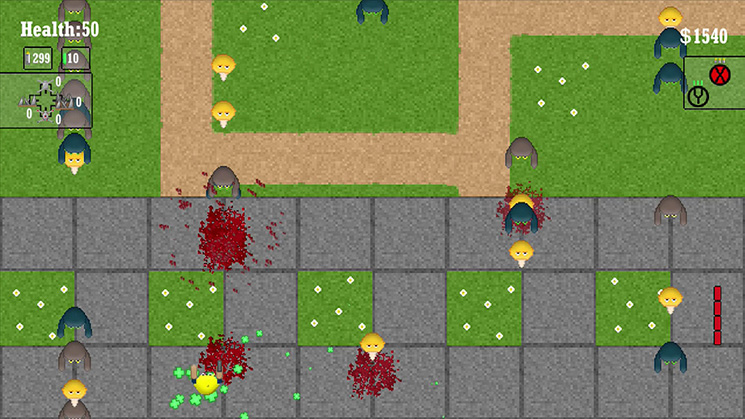 The three stages you can choose from do have a bit of variety tucked away. Each level has a different (but very simplistic) background and layout, stage 3 has the most complex layout but it’s still kind of drab. You will also start to notice new enemies that you haven’t seen before as you progress. The different species of enemies will do different things, have different health and can even go in different directions than the others. So it was kind of neat not knowing what they were going to do at first. Eventually I got the hang of things and while I don’t like the graphics or the general look of the game at all, I actually had fun playing it in small bursts. It’s definitely not a game you are going to sit down and play for hours. I don’t even know if there’s enough to do, to make this game last hours. Multiplayer mode helps a little bit. Playing endless waves with a friend and trying to upgrade your class while using teamwork and obtaining a highscore is great and all, it can just get stale quick, because aesthetically there just isn’t much there. 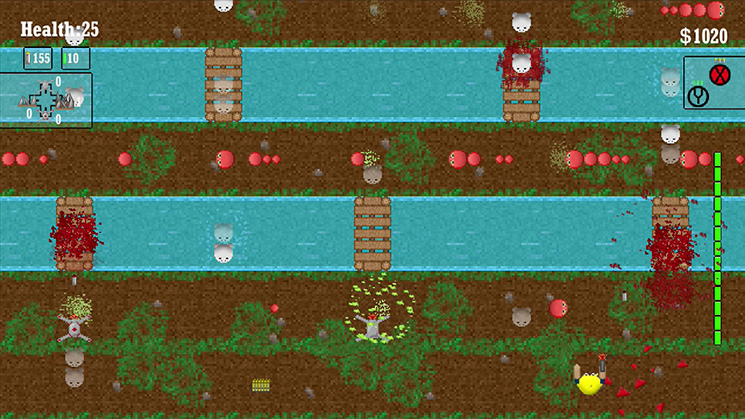 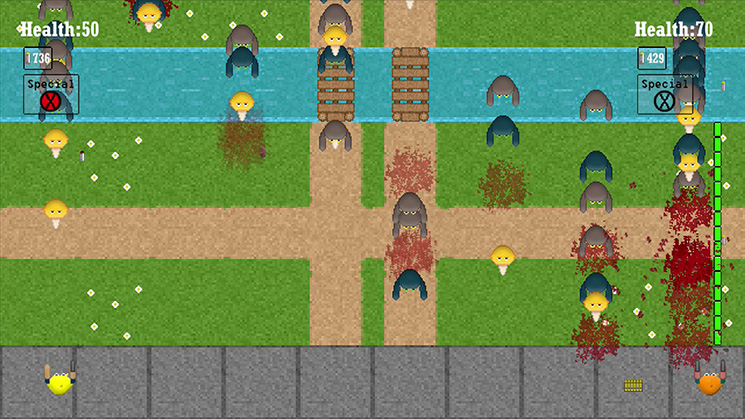 That’s really all there is to say. Overall Annihilation is exactly what it set out to be, a simple arcade style game. My only complaints are the lack of content, and a lack of “pizazz” in general. It is very basic in all aspects. However, if you are interested in Annihilation or you are just a big fan of these types of games I definitely recommend picking it up for the $1.99 it’s going for on the eShop. This is one of TreeFall Studios last games for the Wii U and in my opinion, it’s one of their best efforts so far, I wish them luck on all of their future endeavors. Checkout Annihilation, available now on the Wii U. 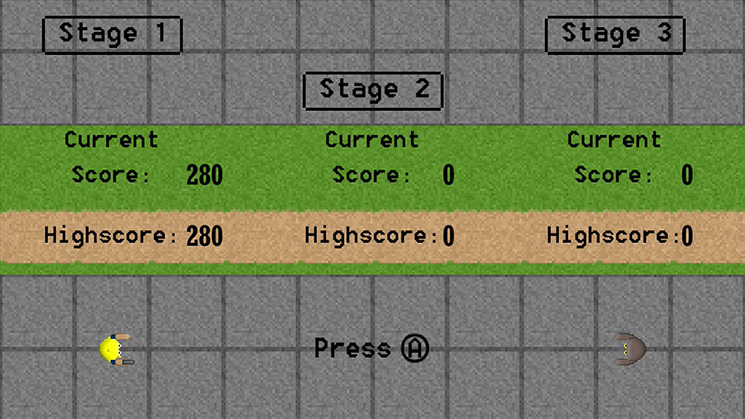 While Annihilation is kind of on the bland side…and the short side, it can still be fun to play in short intervals. I still think it’s hard to beat the price of $1.99, so it’s worth checking out if you’re a fan of arcade titles.