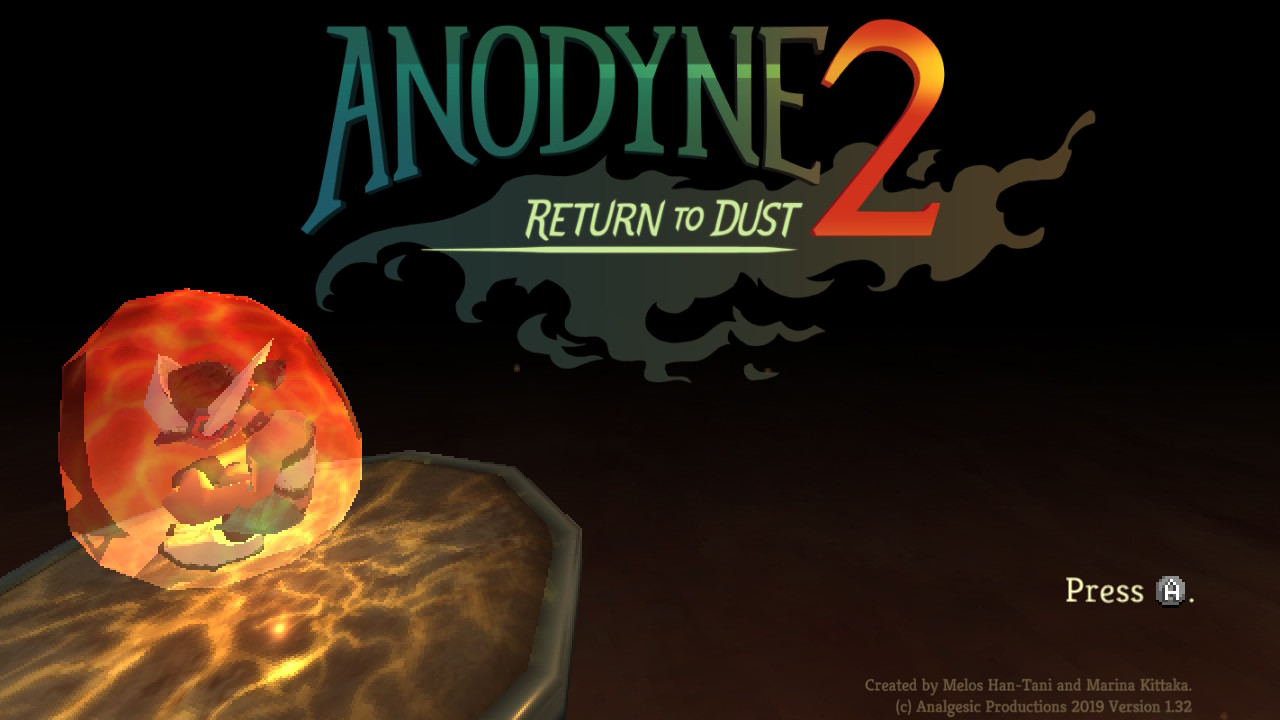 Anodyne 2: Return to Dust is an action-adventure game developed by Analgesic Productions and published by Ratalaika Games. You play as Nova, a Nano Cleaner, cleansing the world of nano dust, which has infected the people and places of New Theland. Let’s see how the story holds up through its gameplay. 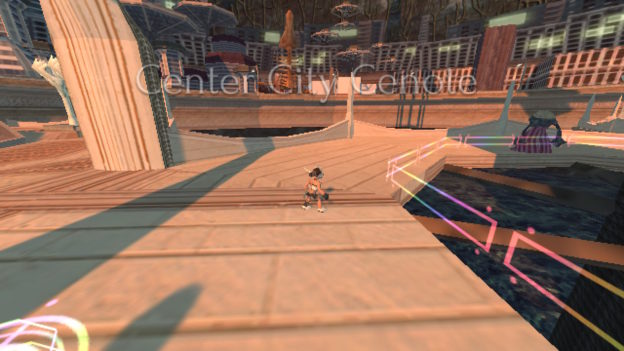 First, let me say that I have never played the first Anodyne game. I didn’t know what to expect going into this one, but at the beginning, there’s a note from the developers stating that the two games are similar yet different enough that they do not need to be played in order. This was good to know so I could hop into Anodyne 2: Return to Dust with a clean slate.

The game begins, explaining the story. Nova is still inside her egg and needs to hatch by hopping on the monorail. To do that, you need to explore your egg inside a little bit, which acts as a thin tutorial. It took me about 20 minutes, and even then, it only explains a little bit of the gameplay. The rest you need to figure out on your own. 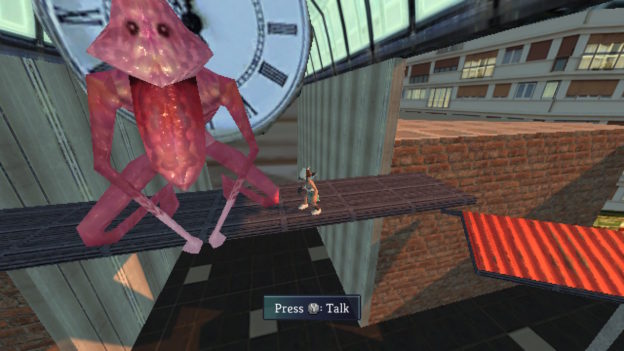 Once hatched from the egg, the game officially begins. Your goal is to collect as much dust as possible and bring it to the Center Sanctuary, where the dust will be converted into energy. It can only hold so much dust, though, so you need to upgrade it as you go.. Once you upgrade it, you enter a new area and repeat the process.

A significant aspect of Anodyne 2: Return to Dust is that it flips back and forth between 3D and 2D gameplay. I like this in theory. It’s unique and adds something extra to the game. My problem with it? The 3D parts are not needed. 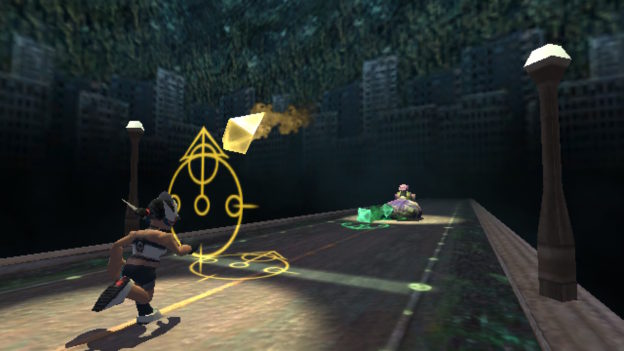 During the 3D gameplay, you wander around trying to find people infected by the nano dust. You can speak to people to get clues, but you often have to do something for them to want your help. This includes talking to them multiple times, which is a needless conversation where I mashed the A-button without reading so that I could continue playing. Sometimes there are platforming obstacles to overcome. The problem with this was that the controls were finicky, as was the camera.

Who doesn’t love the ability to have total 360-degree control over the camera using the right analog stick? I certainly love that feature, but it wasn’t done well. If I have the camera in the position I want and then walk down a tight alleyway or hop on a couple of buildings, the camera doesn’t know where to look. It often clipped through the walls and towers, making it dizzying and often messing up my platforming. 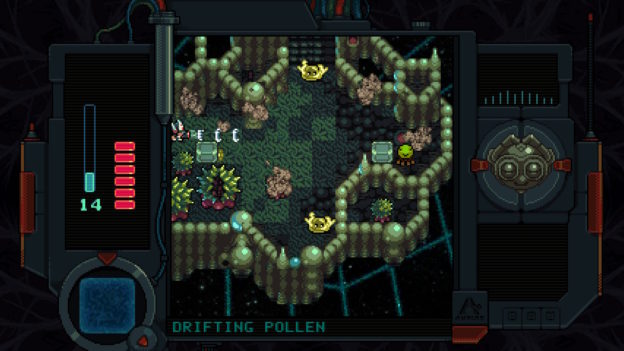 When you find a person, you’re still not ready to help them get the dust out of their lungs. Nope, after platforming and/or continuously speaking to them, you need to mash the X button to fill up their meter. Then you get thrown into this mini-game that reminded me a bit of Guitar Hero or DDR. Except the person is throwing crystals at you, and you need to keep your shield up so you can run towards them. Luckily, Nova runs on her own, but you need to hold the L button while moving the left analog stick in the cardinal directions based on what’s coming toward you. If you get hit too many times, you get kicked out, but you can just try again.

Personally, I think there are way too many unnecessary steps to get to the meat of the game, which is the 2D part. The 2D gameplay was, of course, my favorite. Honestly, if Anodyne 2: Return to Dust was a game that only had the 2D elements and you simply went from level to level, this would be a great game for me. 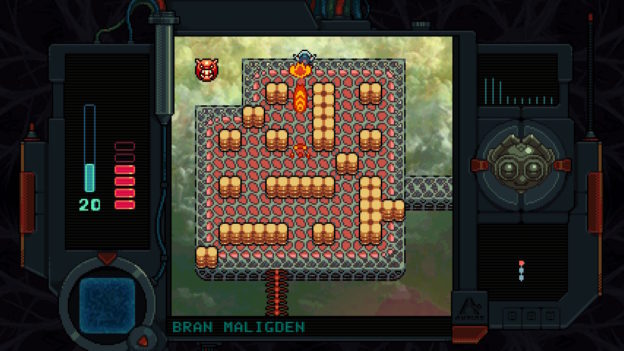 Once you beat the shield part, Nova hops into the person’s mouth, and then, as a pixelated being, you can explore inside to get rid of all the dust. This is where the fun truly lies. You go from room to room, collecting dust, defeating enemies, and solving puzzles to get to the end where a mini-boss awaits.

Each room is unique – sometimes you’ll need to defeat all enemies to move on, while at other times, there are hazards that hurt the enemies, and you need to protect them for the gate to open. There are also hidden keys that will unlock the final gate to the boss. These are hidden in various ways, and you often need to backtrack and go through the same room multiple times to do what you need to do. It’s like a maze. The puzzles are fun and not too difficult, but I did get stumped a couple of times. It was the right balance. 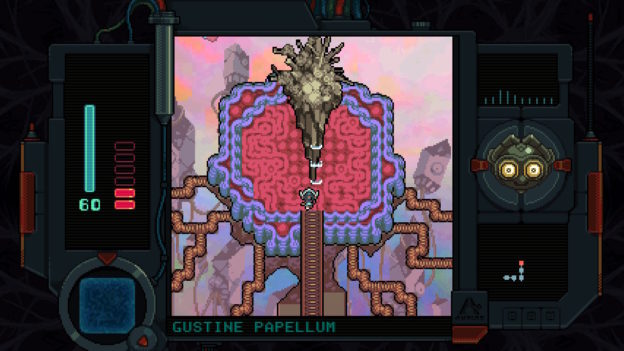 Once you defeat the boss and clear all the dust, you head back to the 3D portion of the game and find the next person to help out. The 3D part became repetitive after a while, and I just wanted to get back into the 2D puzzles without doing all the extra work.

One thing I have to note is the music. There are over 50 songs, and each one is amazing. There are various genres, tones, and melodies, depending on the area in the game. I enjoyed it. If the soundtrack is out there somewhere, I will buy it.

Overall, if you enjoyed the first game, you may have fun with Anodyne 2: Return to Dust. I had fun with it for a while, but I only cared for the 2D parts. I’m not sure if this is a game I’ll ever go back to again, but I enjoyed my time with it nonetheless.

Anodyne 2: Return to Dust is a unique 3D and 2D story with many gameplay mechanics. However, the controls may be finicky, and the game can get repetitive after a while.