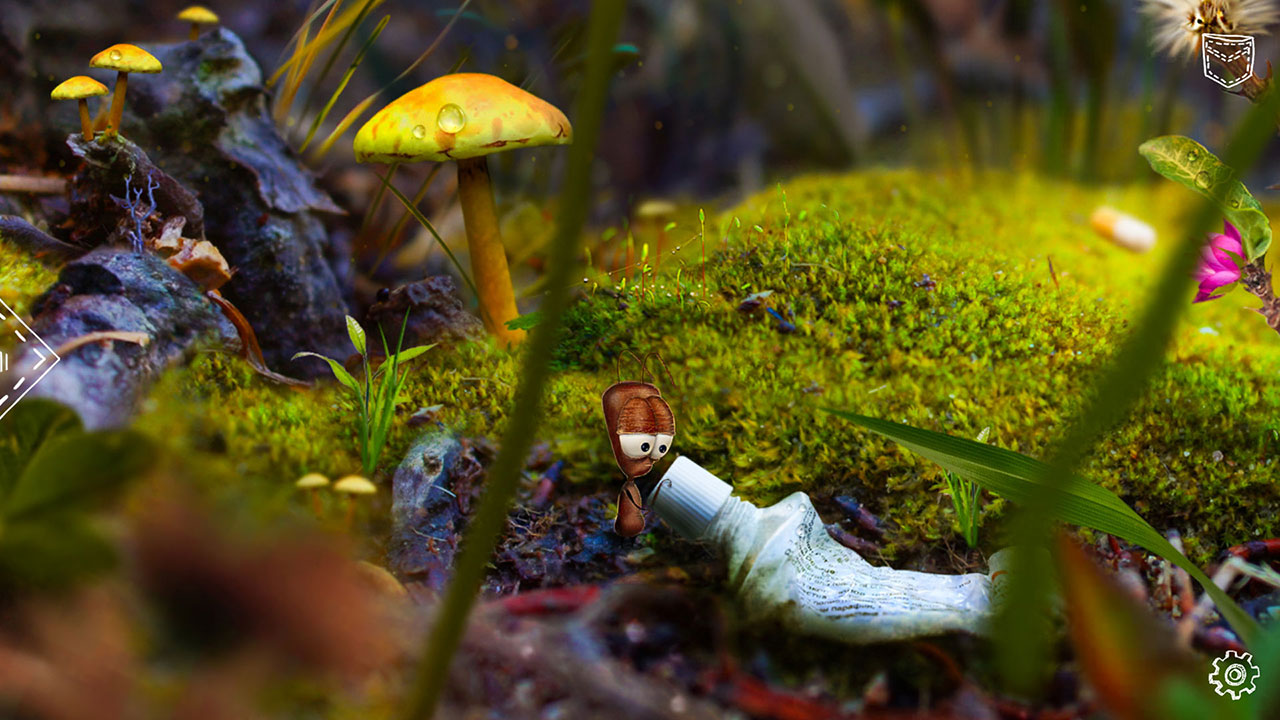 AntVentor is a point-and-click adventure puzzler with a fun little premise that works well for the Switch. The game introduces the main character, Florentine, who is a lot like Flick from the Disney movie “A Bug’s Life”. Florentine is an ant inventor who would love nothing more than to build inventions that make his life in the colony much easier.

As you navigate the anthill—and the outside world—you discover new items you can collect to combine and make new inventions or help you through obstacles. It reminded me of most classic point-and-click titles, especially those centered around escape rooms or mysteries. Similarly to those classics, AntVentor has a unique stylized look to its insect characters, but the world itself is photo-realistic and intriguing! 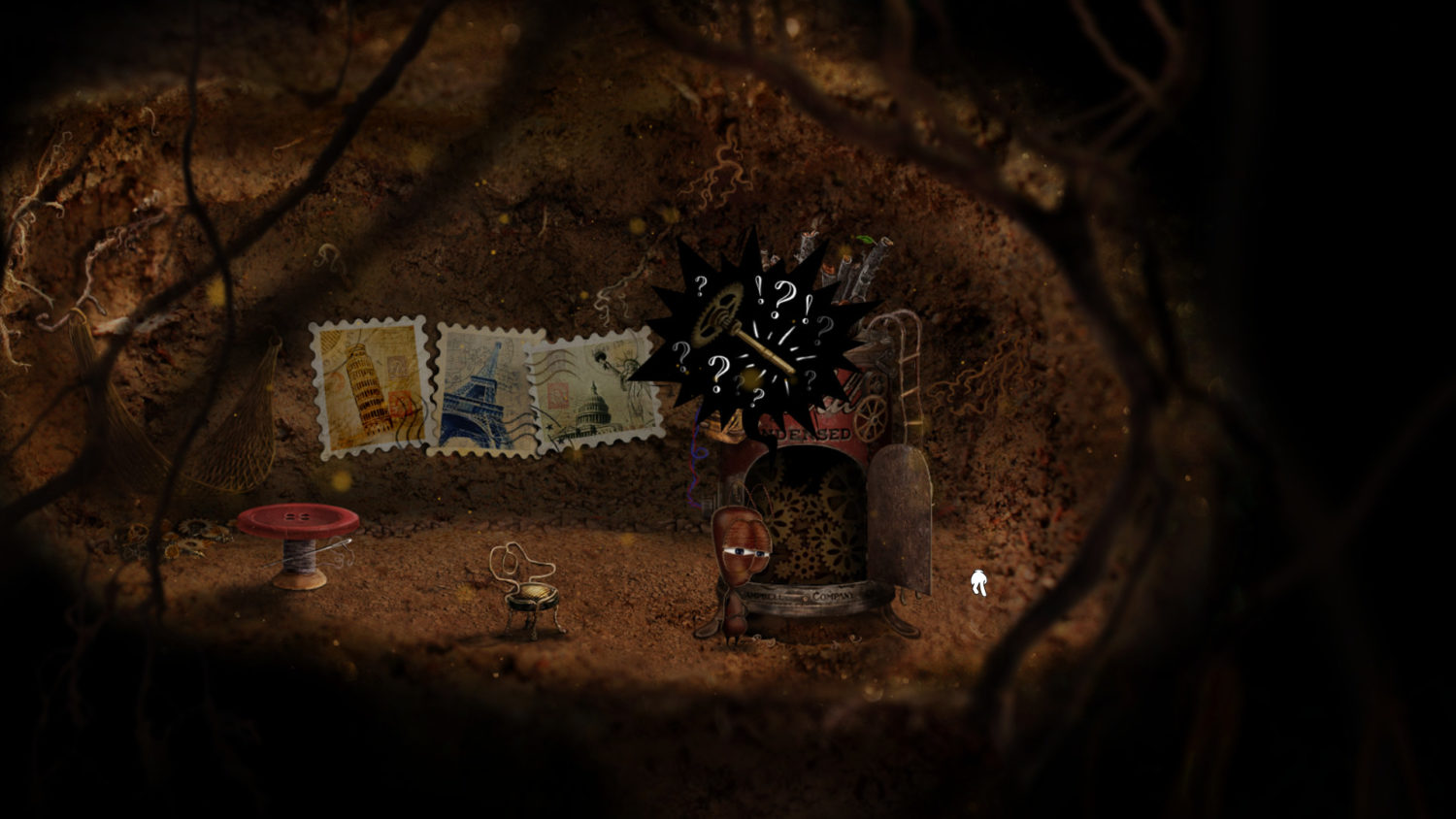 AntVentor balances the challenges in the game decently between difficult and easy. However, the game itself doesn’t do much to help you along. There is an option for clues and hints—which you can trigger with Y or will randomly appear as a thought bubble over Florentine. But the clues felt as though they were generating randomly. Not all of them applied to the scenario I was in, and some of them just didn’t offer enough to understand what I was doing wrong. It wasn’t until I was almost out of the anthill that I got any type of actual clue that was helpful, and I got stuck once again the second I was outside.

AntVentor opens with narration and feels storybook-esque in the way it zooms into Florentine’s macroworld. But the rest of the game is devoid of actual dialog throughout the majority of the gameplay. I didn’t even see any text on the screen. The lack of dialog made those triggered hints a little difficult to decipher if the pictures weren’t clear. While the simplistic communication style added to the difficulty, I found myself more than once having to sanity check myself online to make sure I didn’t miss something. 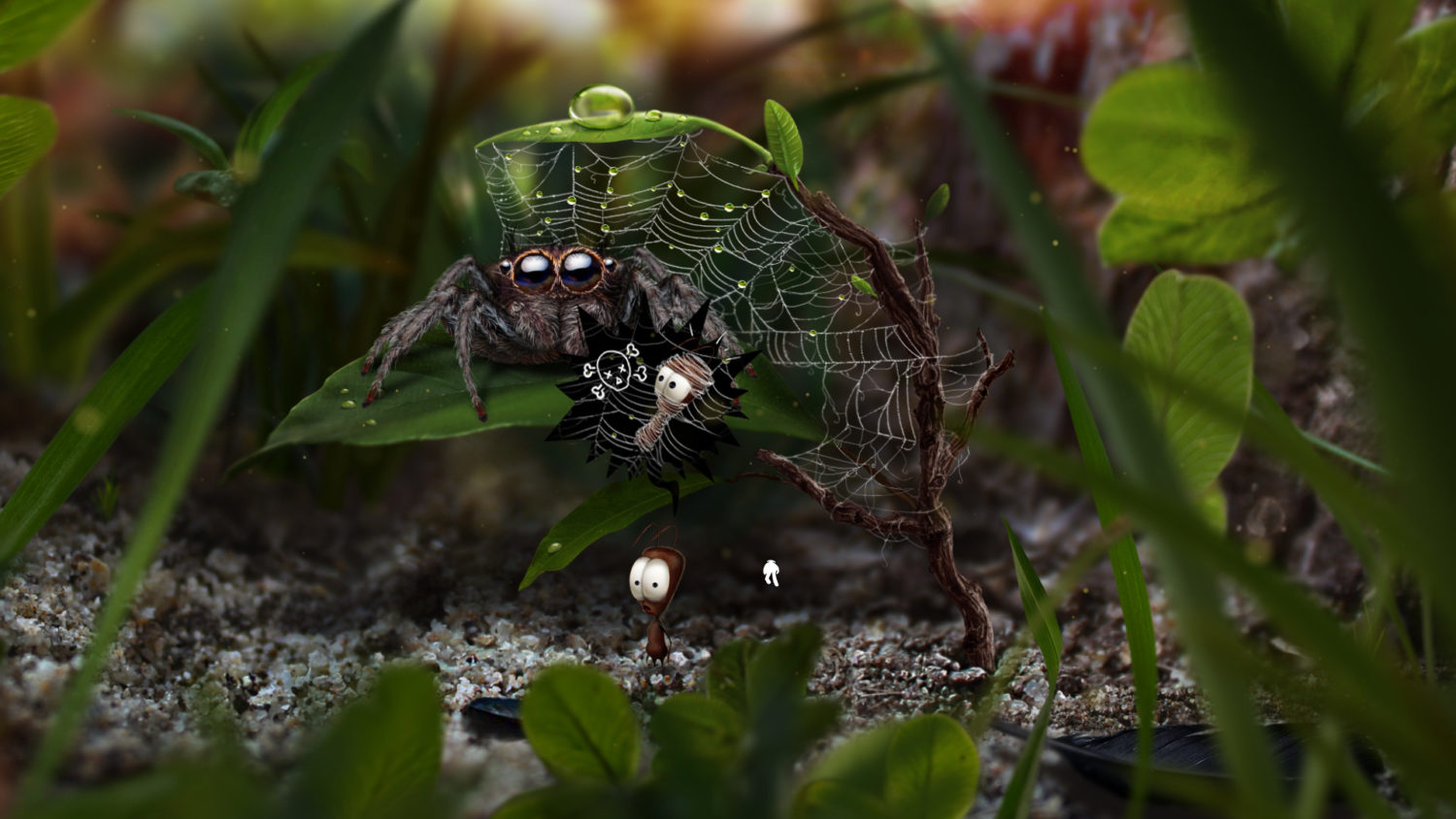 One other thing that I didn’t care for was the lack of controller diversity. The game immediately disconnected my Pro Controller at launch and forced me to use the Joy-Cons. Unless I want to use my bigger television for something else, my Joy-Cons are always across the room with my docked Switch. It’s a first-world problem, I know, but having to get up to disconnect them or completely undock wasn’t really a great experience. I’m not sure why I seem to keep finding games that force players to use the Joy-Cons, but the value of the Pro Controller for my playstyle cannot be understated enough. There was nothing from the experience of using the Joy-Cons that I couldn’t get from my Pro Controller.

You can use the touchscreen while undocked, but the game didn’t do anything creative with the mechanic from what I saw. AntVentor exists on other mobile and tablet platforms, so playing on the Switch with touch controls doesn’t offer anything unique to this port that doesn’t exist elsewhere. However, if someone might have mobility issues, or prefer the touchscreen controls, this might be a plus for you! 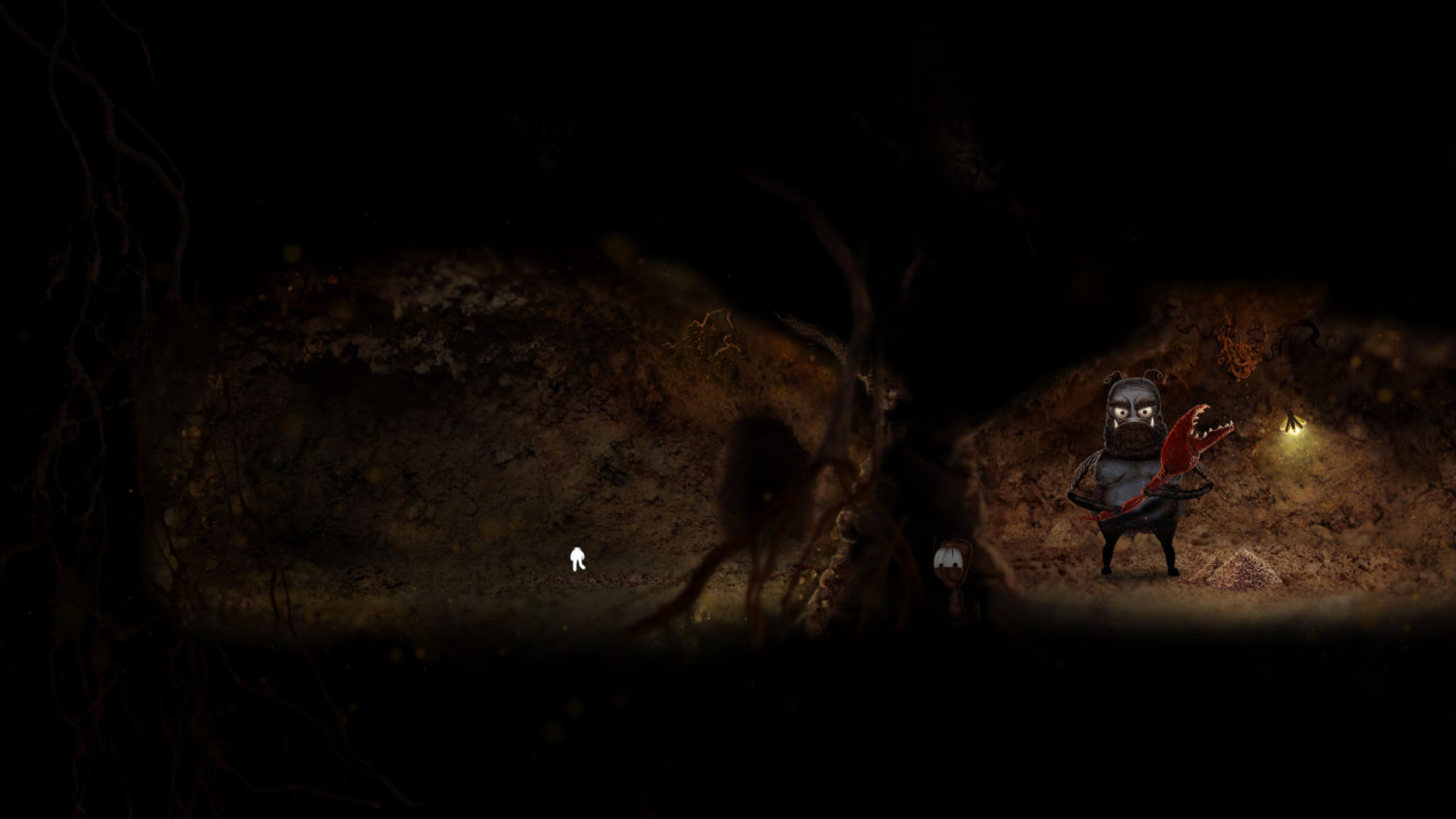 With that said, AntVentor was a fun world to explore, and once I realized what I had to do to get through a puzzle, it was fun to put it all together. However, I do think because of the calming atmosphere—even in the face of danger for an ant—it made the game feel slower than it normally would have. This pace is pretty standard for titles like it—if we keep the comparison to escape room and mystery point-and-click games. But I do wish the music had been more composed and peppy, or there had been more dialog or intriguing interactions between Florentine and the rest of the world.

While AntVentor does lack dialog, the emoting noises that characters made were funny and managed to convey emotions without much in the way of over-the-top gesturing or words on the screen. I always admire any kind of story that can convey enough emotion and humor with just small expressions and noises. I could see children especially appreciating Florentine’s silly reactions to everything.

Overall, I do think AntVentor is worth the time on the Switch. It’s charming and fun while being a game that forces you to use your head. If you’re into puzzlers, I have a feeling you’ll like this one—my minor gripes aside.

Drop into the photorealistic world of AntVentor! Despite the lack of dialog, this point-and-click game strikes a nice balance between humor and puzzle-solving. While some of the hints and challenges are difficult, I do believe AntVentor is a game that can be enjoyed by anyone.