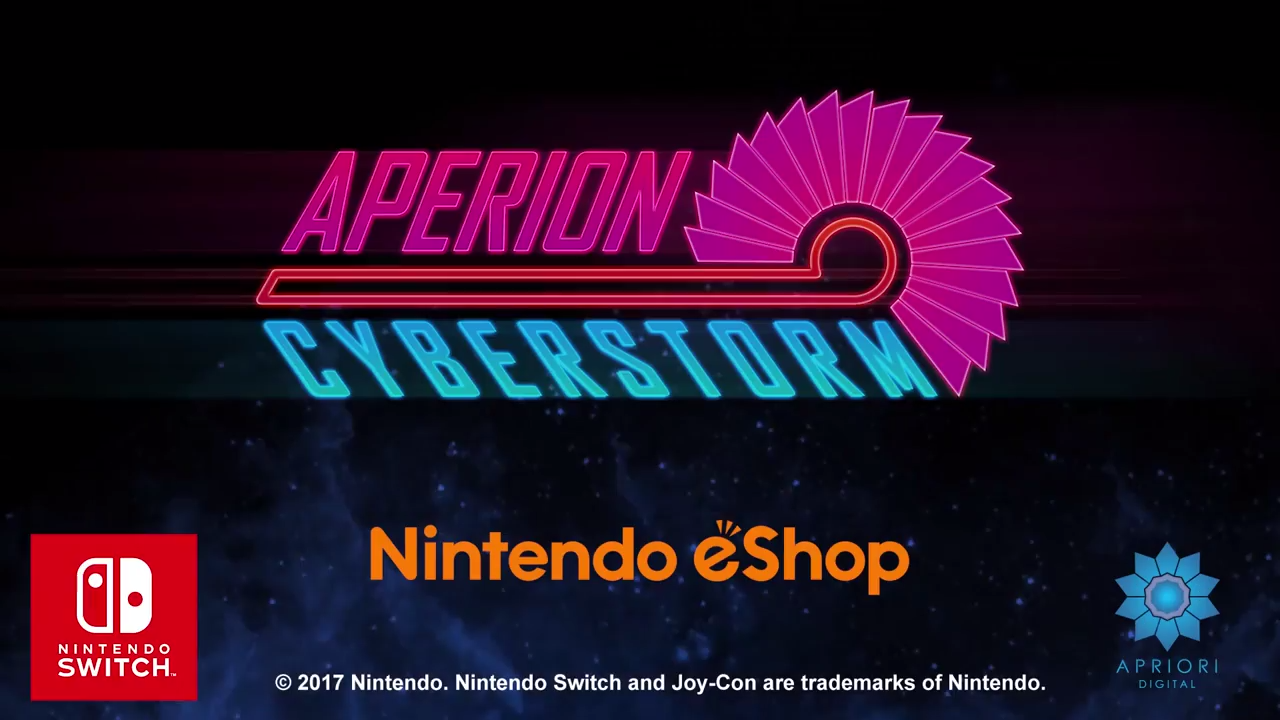 Bobbing and weaving past neon bullets to the sound of a pumping soundtrack with up to five players makes Aperion Cyberstorm a hectic and hypnotic twin-stick shooter. Unfortunately, the presentation doesn’t stop the game from becoming repetitive. 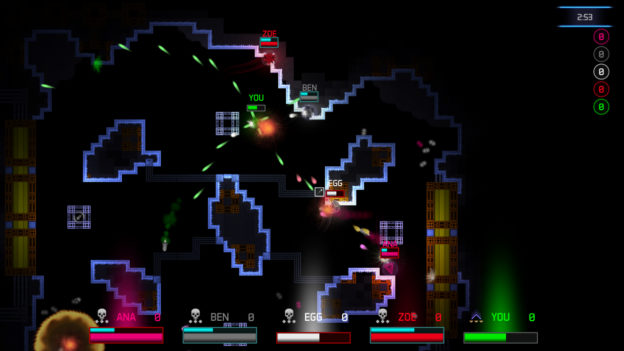 The three game modes—campaign, versus, and onslaught—see you doing more or less the same thing, avoiding bullets and shooting down foes. Versus mode is probably the most diverse of the three—a fast-paced shootout between you and the other players. The key is to zoom around and pick up abilities, some of which may let you shoot two lines of bullets instead of one, protect you with an energy shield, or drop a turret that locks onto foes, all for but a brief moment.

Abilities also show up in the story-driven campaign. You go from combat room to combat room with some light exploration in-between, unlocking more abilities and ships along the way. Ships all vary in damage, defense, speed, and handling. I prefer ships that excel in the latter two skills; it’s satisfying to fly quickly and turn with tight accuracy. That’s not to say that the slower, stronger ships don’t feel good as well—they all feel like how you would expect them to. The actual plot in campaign mode is nothing special but it’s unintrusive since it never stops gameplay. 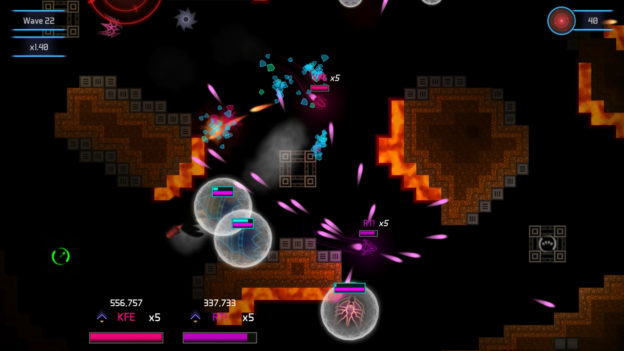 Lastly, there’s onslaught, which is my favorite mode in the game. You’re put into a room where you pick up abilities and fight wave after wave of enemies. It’s twin-stick shooting at its purest form, and it gets increasingly chaotic the longer you survive. My favorite strategy is to use turrets to distract and dispose of bogies while I try to clear the other end of the map.

With that being said, foes become tankier the farther in you get into both onslaught and campaign, which is cause for most of the monotony. Enemies start feeling like bullet sponges, and that’s not good when you’re fighting what seems like upwards of thirty of them at a time. There’s a pretty wide variety of foes: small ships that rush you, larger crafts that fire while keeping a distance, and even enemy support ships that can heal your enemies. Mixing various foes into waves and increasing the amount of them per skirmish is enough to be a challenge, so making it to where all thirty-something enemies take a handful of hits to destroy seems excessive. Using ships with stronger fire-power didn’t really make much of a difference either. 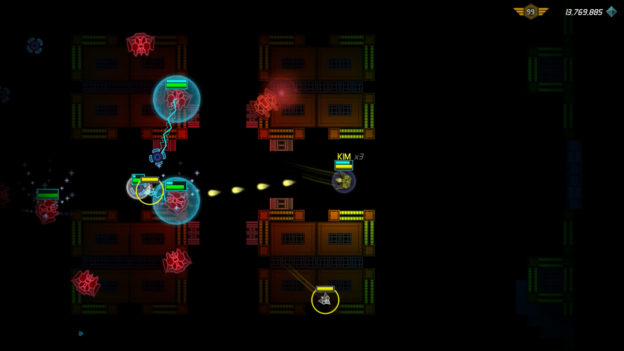 Aperion Cyberstorm is a twin-stick shmup that’s pleasing to both the eyes and ears. It’s a pretty decent distraction for when you’re on the bus or if you want a quick party game. Unfortunately, there’s not really a whole lot of variety in gameplay. Plus, enemies can sometimes have more health than they need, making the experience repetitive. But if you need a twin-stick shooter on the go, you could do worse.

Aperion Cyberstorm is a twin-stick shmup that’s pleasing to both the eyes and ears. It’s a pretty decent distraction for when you’re on the bus or if you want a quick party game. Unfortunately, there’s not really a whole lot of variety in gameplay. Plus, enemies can sometimes have more health than they need, making the experience repetitive. But if you need a twin stick shooter on the go, you could do worse.