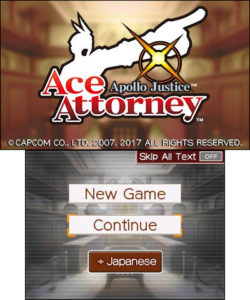 Apollo Justice: Ace Attorney was a daring entry in many ways when it first it released on the Nintendo DS back in 2006. Most of the characters that players had grown familiar with were gone, with only a few returning faces amidst a largely new cast. However, the memorable personalities, coupled with proven gameplay (and some DS-specific features), made Apollo Justice a success. Now you can experience this classic on Nintendo 3DS.

Apollo is the star here, although Phoenix Wright is by no means absent – he plays a sizable role from start to finish. Apollo brings his “Chords of Steel” and ability to perceive nervous ticks, which is similar (but much more interactive and interesting) than Psyche-Locks. Assisting him is Trucy Wright, in her series début, and she arguably steals some of the spotlight from the title star. Comparisons to Maya are inevitable, but I find Trucy to be a more fun character, one that can stand on her own. Ema Skye, from the fifth chapter of the series début is one of the few returning faces. She’s older and wiser, still has a love for forensics, and now a case of the munchies  – “snackoos” – which also serve as projectiles for those she’s annoyed with. Why she didn’t make the cover, I’ll never know. 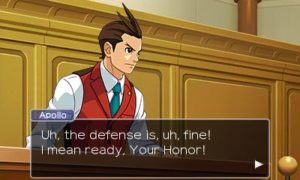 The new prosecutor here is the rocking Klavier Gavin, who would later feature in Dual Destinies. While he’s not quite at the level of Edgeworth or Godot,  I prefer him over the Von Karma’s and Simon Blackquill. He feels refreshingly unique, with his largely happy persona, and he grew on me quite a bit over the course of the game. The way he’s presented made it fun going toe to toe with him in court. While some players wished for slight variations on personalities we’ve already seen, Gavin made the role of Prosecutor his own. 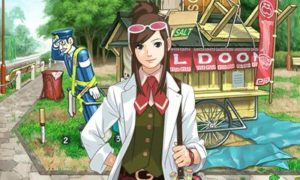 Being a visual novel, story is the driving point here. While I’m tempted to talk about the plot a bit more than normal since this is an older game, I just can’t do it. As Ema might say “It’s better you learned it for yourself, anyway”. Such vagueness on my part might not fly in court, but readers will have to tolerate it for this review. I’ll just say that think Apollo Justice might have the best writing in the entire series. While individual cases from other games might stand out more, collectively speaking I’m not sure the others can top what’s on offer here. 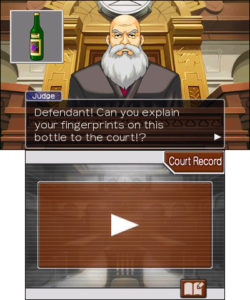 Of course, Apollo Justice has many of the cons that most games in the series have. The persnickety judge that presides over each case will sometimes accept multiple pieces of fitting evidence, yet other times reject all but one in particular. Also, sometimes you’ll be a step ahead of the case, but must wait for an exact time to present said evidence. Status quo for the series. This game also left me with several questions, although some would be addressed in later Ace Attorney entries.

In a time where 3D use is more sporadic, it’s refreshing to see it implemented in Apollo Justice. Like prior games on the hardware, it can really add to the experience at points. The visual updates freshen up the 10 plus year old game in a fine way.

For $19.99 you get a classic title of good length. The writing is captivating, and the visual updates appreciated. It’s satisfying to finish, yet I was also a bit sad to see the credits roll. It’s made me want to revisit other games in the series. The 3DS had a great 2017, and if you’re a series fan, Apollo Justice is up there with the best releases of the past year. Now, how about bringing Ace Attorney Investigations: Miles Edgeworth (just released on mobile) to Nintendo’s handheld? 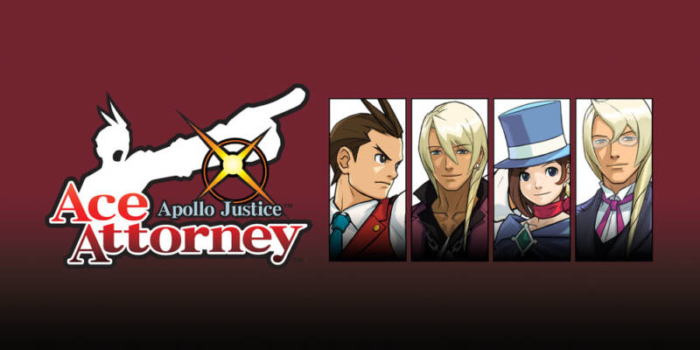 The writing is captivating, and the visual updates appreciated. It’s satisfying to finish, yet I was also a bit sad to see the credits roll.