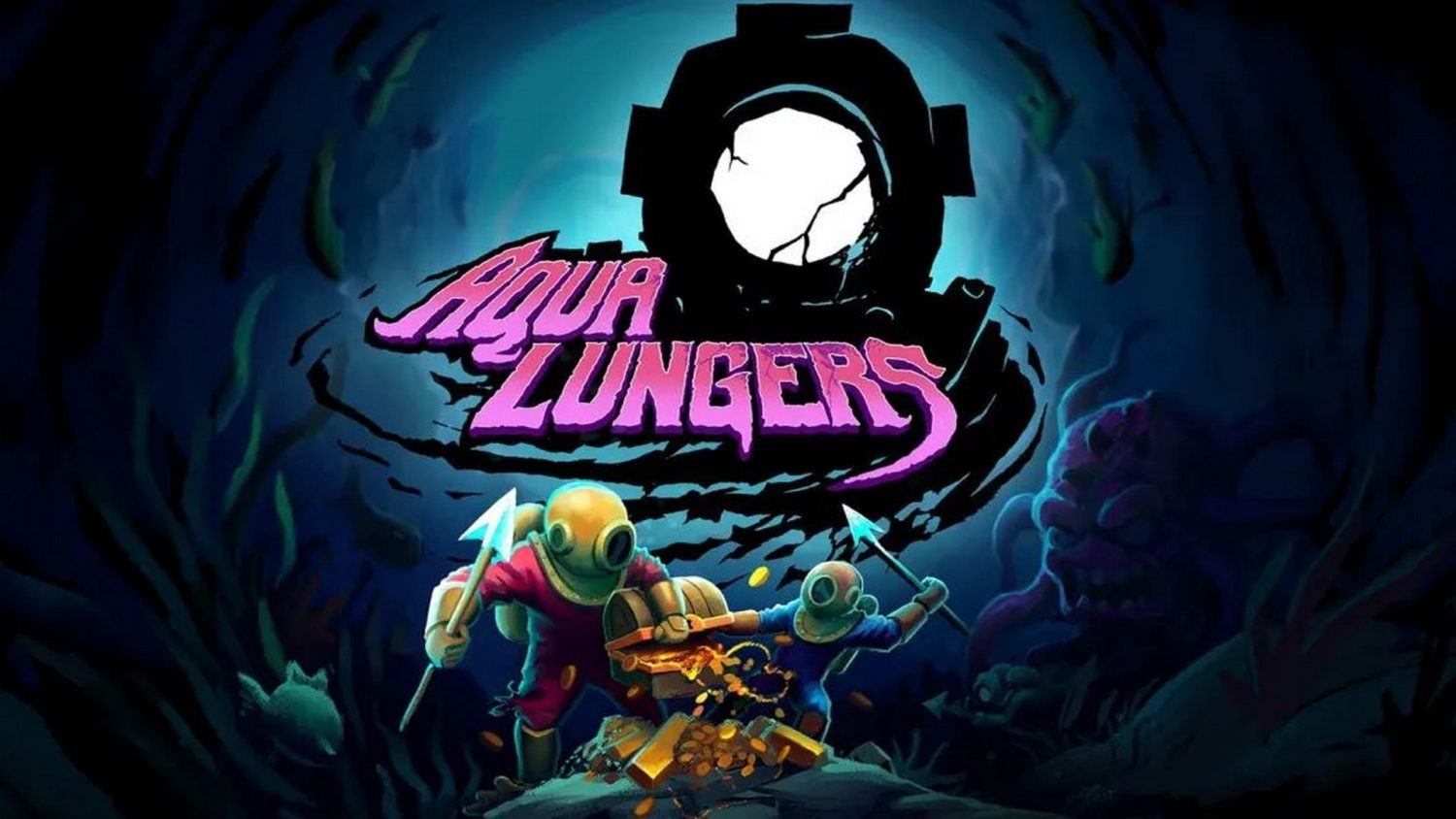 Aqua Lungers is a unique experience for the Nintendo Switch. It combines a simple platforming setup with party and action elements to create a multiplayer game that stands out from the crowd. And you can even play solo if you like.

I’ll say up front that it took me a while to get into Aqua Lungers. I enjoyed the set up from the start, but I began my journey as a solo player and soon grew tired of it. It was only when I had help in the form of local co-op that I began to appreciate the game’s depth and challenge.

The premise is kind of neat: you play the role of a diver, scavenging for treasure below the sea. Your mission is to collect more gold than your mates, all while avoiding some nasty sea creatures, including an ugly boss who dominates each world. 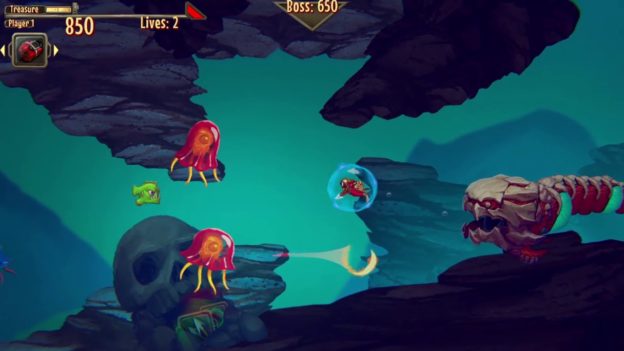 Be warned, though, Aqua Lungers isn’t easy. There are seven themed worlds, each consisting of three levels and a separate boss fight, although the boss lingers in every level during that world, too. These big baddies can be attacked, but can’t actually be defeated until that final round. They also become steadily more difficult as the game progresses.

The tricky part of the gameplay is that you not only have to collect gold from sunken vessels, you also need to carry it back to the safety of your treasure chest back on land. It’s this return journey that’s dangerous; carrying those heavy trinkets affects your ability to swim and jump, slowing you down.

Playing this game with someone else is a lot of fun. You can have up to four players, choosing to work together or compete with each other by dividing your divers into teams or enjoying a free-for-all. You can also rename your character and select the color for your diver’s outfit, which are nice touches. It’s a simple set up that works well, with a well-designed user interface. 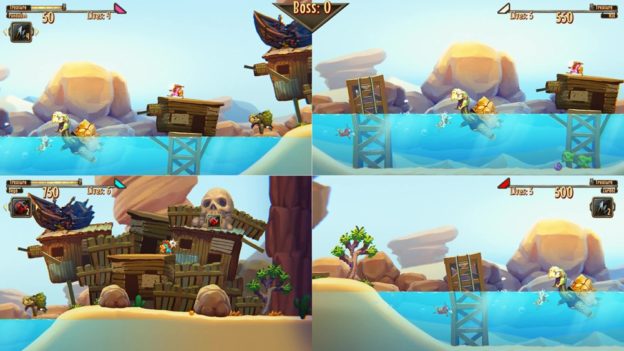 Even though my initial impression of the solo experience was negative, I like that the developers have included this option. It’s not a separate mode, either; it’s the same game, albeit with just one player. Instead of trying to outscore your opponents, this time it’s just you and the deep blue sea – oh and those nasty critters trying to stop you from plundering treasures. As tough as this game is, it’s a lot harder without someone distracting those enemies!

The controls are good. Swimming is easy and fun, and you carry a spear to attack with. You’ll also learn more moves as you progress. There are various power-ups that give you an edge over the competition: a shield to protect you, bait to lure those nasty fish, and bombs that, well, explode. Be careful not to explode yourself, which I did many times.

The graphics are suitably simple, in a cute, cartoony way. The audio matches this aesthetic, with a jovial tune that sits neatly in the background. In short, it looks nice and sounds good too. 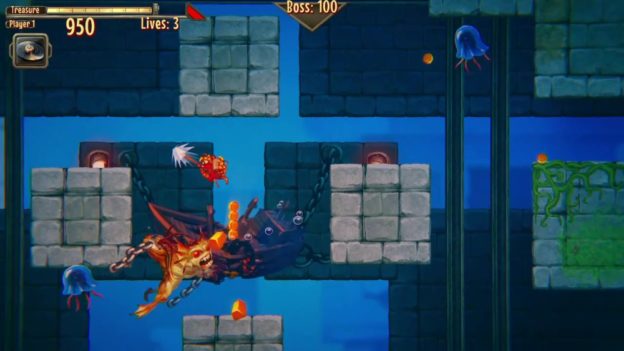 One issue I noticed was a loss in saved levels at one point. We only experienced this once, and I’m not sure if it glitched or we did something wrong; every other time it autosaved. We lost our progress after three tough levels and it was frustrating to have to play those again.

Overall, Aqua Lungers is a fun multiplayer game that doubles as a solo act. If you’re looking for a challenging game to play with some friends, and you’re into platforming and action games, this is a good one to try.

Aqua Lungers is a fun multiplayer title. It’s quite challenging, and not as much fun in solo mode, but it’s worth a try if you’re after something different to play with some friends for a few hours.