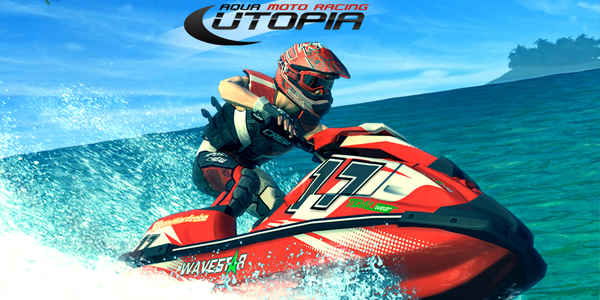 For a few years, many including myself have somewhat been clamoring for a new take on a Wave Race-esque arcade racer to rear its head. Well, enter Aqua Moto Racing Utopia for the Switch, which aims to correct this absence with competitive online racing and a slew of customizable features. Unfortunately, though, Aqua Moto Racing Utopia does little to fill the void that’s been left from Nintendo’s dormant jet ski racing series with frustrating gameplay and physics alongside what feels and looks like an unfinished title. 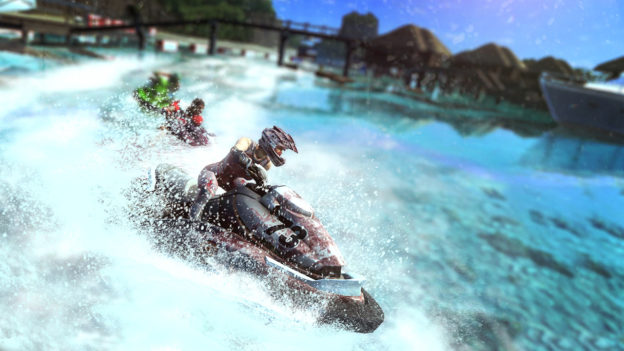 Right from the gate, Aqua Moto Racing Utopia kinda looks and feels like the typical jet-ski racer that you somewhat remember, but with some various changes. These additions primarily include character and jet-ski creation, which are fairly limited until you unlock more options via cash earned during races. When it comes to racing, it should all feel rather familiar to those who have played Wave Race. Each course has you racing in an open-ish watery environment where you must pass various colored buoys (left for yellow and right for red) on your way to finishing a race. Simple enough, as one will remember, right? To an extent, yes. However, there’s obviously more to this as you will also be dealing with torrential passing waves and whether you can land one of the game’s many tricks and stunts off one of many ramps littered through each course.

Every course that you will be racing in has its various challenges, but memorizing the layout won’t be enough as the aforementioned waves and weather effects will throw a proverbial wrench into your plans. For some, these sort of obstacles would offer a welcome challenge, but ultimately they reveal the game’s utter clunkiness and disregard for proper water physics. Not only that, but it’s rather jarring as a comparison to know that there are games of this genre that had more forgiving water physics. Obstacles of that nature respected and encouraged you to attempt stunts for better performance rather than dread them as you got the green light at the start of a race. Yes, you are rewarded for pulling off tricks and such, but I just found myself becoming more and more frustrated as each race progressed. Too many times are there where you feel you are in total control in a race, and then suddenly you see yourself flying off your jet-ski in spectacular but unconvincing fashion. Simply put, much like the game’s presentation, it’s rough as it can be. 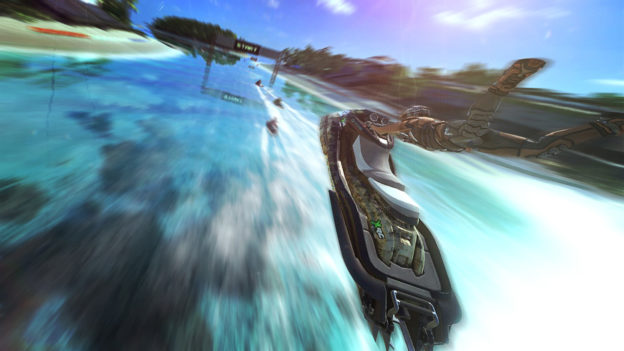 Speaking of the presentation, it’s what you might expect from a game that probably feels more at home on a mobile device: incredibly unappealing. Whether it’s the drab menus, flat visuals, or even the tired vistas you see within each course, there’s nothing within this racer that doesn’t scream, well, boring and barebones. In a ways, it looks and feels like an upscaled version of a 3DS game with a slight HD finish.

Even if you can get past the game’s less than stellar presentation, it’s hard to ignore that Aqua Moto Racing Utopia is just clunky and not even the slightest bit of intriguing to keep you interested past a circuit or two. Sure, there are other game modes such as leisure, freestyle, and party to mix things up from all the monotony, but then it quickly boggles to just the same drag of an experience after one go-through. While the challenges may be enticing despite the rough waters ahead in each race, you are simply going to be unimpressed. 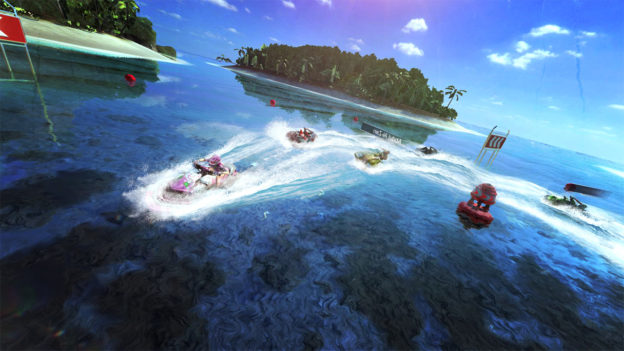 There’s no denying that there is maybe a good jet-ski racer within this mess and yet maybe if it were to go beyond its mobile-esque origins it would have been a decent enough time. The game’s lack of balance and polish show through and through at each screen, and while there is some small amount of fun to be had, that creeping sense of boredom immediately rears its head. Whatever the case, the combination of abusive obstacles and physics within its gameplay along with boring and dull aesthetics in Aqua Moto Racing Utopia will make you long for a proper update or revival to Wave Race.

Aqua Moto Racing Utopia’s combination of abusive obstacles and physics within its gameplay along with a drab visual presentation will certainly make you long for a proper Wave Race-like challenge.