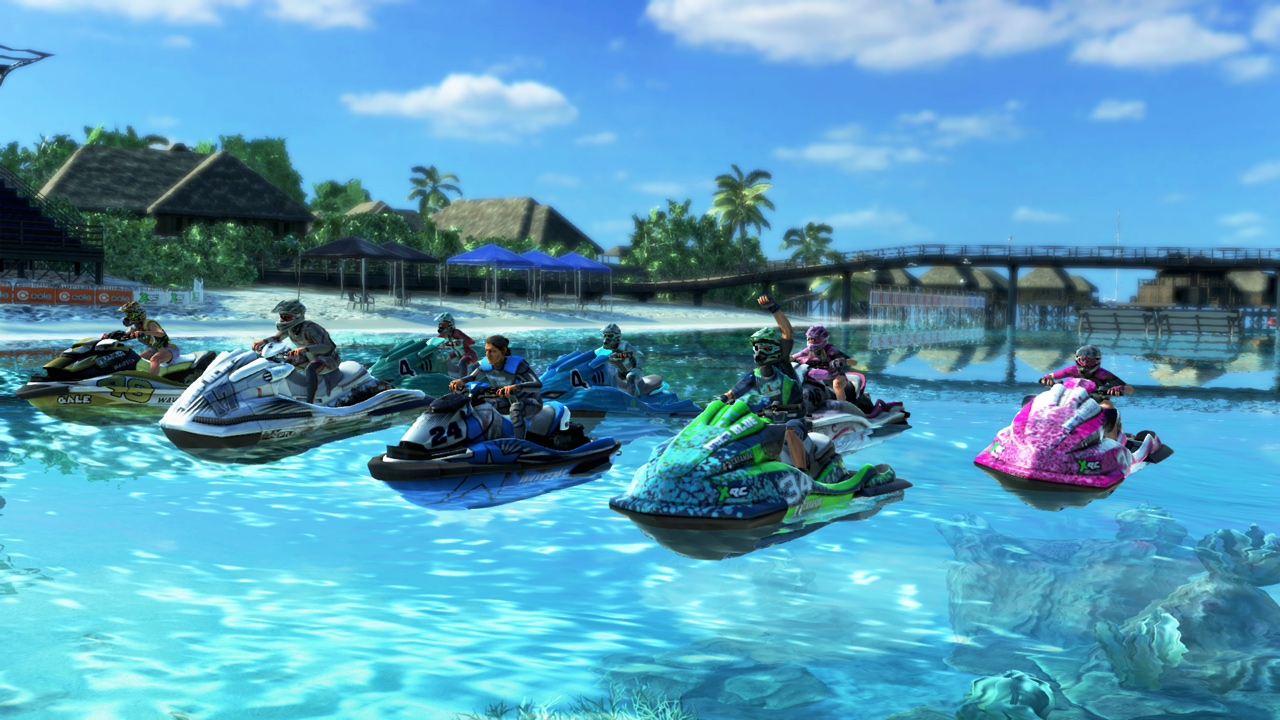 Play with friends or with computers in this Jet Ski riding game.

Aqua Moto Racing Utopia’s controls are fairly simplistic, with ‘ZR’ being used to drive forward and the joystick used for turning. The ‘ZL’ button is incredibly useful on sharp turns, especially when going around buoys, as you often do. ‘A’ is used to do most of the tricks for points and to fill up a bar that will give you turbo – you then press ‘B’ to boost with the turbo. These controls are used throughout three different game modes: Championship, Single Event, and Split Screen. I found them fairly easy to get used to. However, it’s hard to drive around the buoys not only because of the constrained controls, but the waves you drive over can be erratically choppy at times. 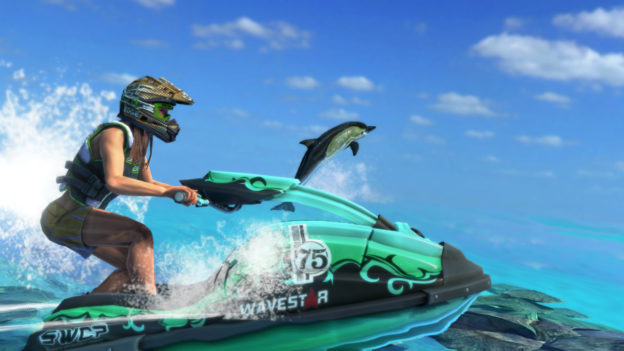 In Championship, you compete against the computers in two different types of races. One type of race is Roundabout Division, where you zip around the designated side of the buoy and Ski Division is the same but you also do tricks to earn points to beat the other racers. Another game under Championship is Free Style, which is basically going around a little pool spot doing tricks until the time runs out. I wish there was more variety between the races.

Single Event also features Free Style as well as two races and a casual run around mode called Leisure. One of the races is Custom Race, which is similar to both Ski Division and Roundabout Division except you have the option to customize certain features, like how many laps you race. Time Trial is a way to set records by racing around the course and buoys as fast as you can. I like Custom Race the most out of the race options in Single Event simply because of its customizable. 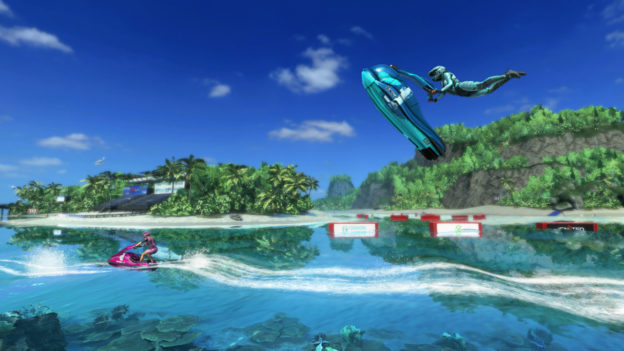 The multiplayer feature is Split Screen, which also has Custom Race, Free Style, and Leisure, but also includes a fun mini-game type of mode called Party Games. Under Party Games is Aqua Moto Hockey, Keep the Flag and King of the Hill, which are self-explanatory. Party Games also includes a game called Duckling Mama, which is about you racing to collect rubber ducks and having a trail follow behind you while avoiding having them stolen by others – this one is my personal favorite of the Party Games.

Aqua Moto Racing Utopia’s graphics are pretty average, but that does not mean they were terrible by any means. The Jet Ski may throw your player off when you have a particularly nasty crash, which adds a bit of realism to the game. I personally really liked the ability to design my player. 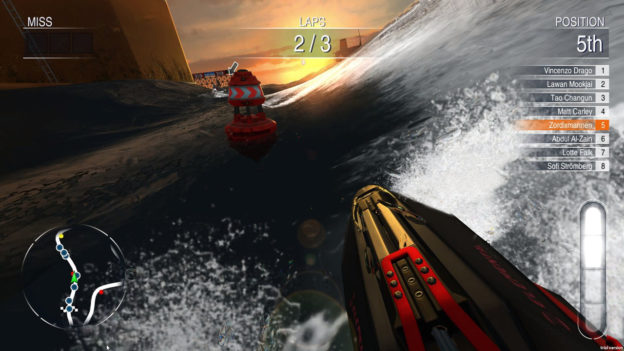 Overall, Aqua Moto Racing Utopia is your average, forgettable racing game, other than the fact that water racing games aren’t all that common among the racing genre. Nothing, in particular, makes it stand out from the crowd.  It’s priced at $9.99, which is kind of fair since there are many jet skis and locations to unlock in the game over time. 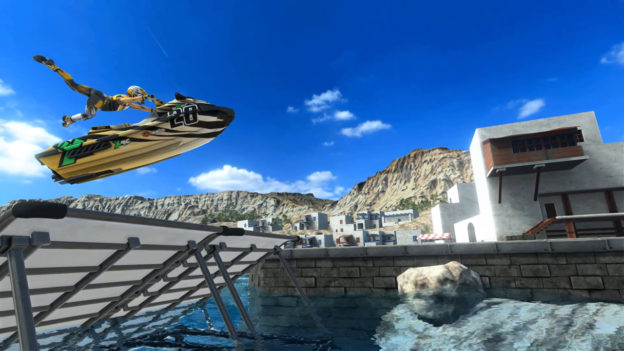 Overall, Aqua Moto Racing Utopia is your average, forgettable racing game, other than the fact that water racing games aren’t all that common among the racing genre. Nothing, in particular, makes it stand out from the crowd.