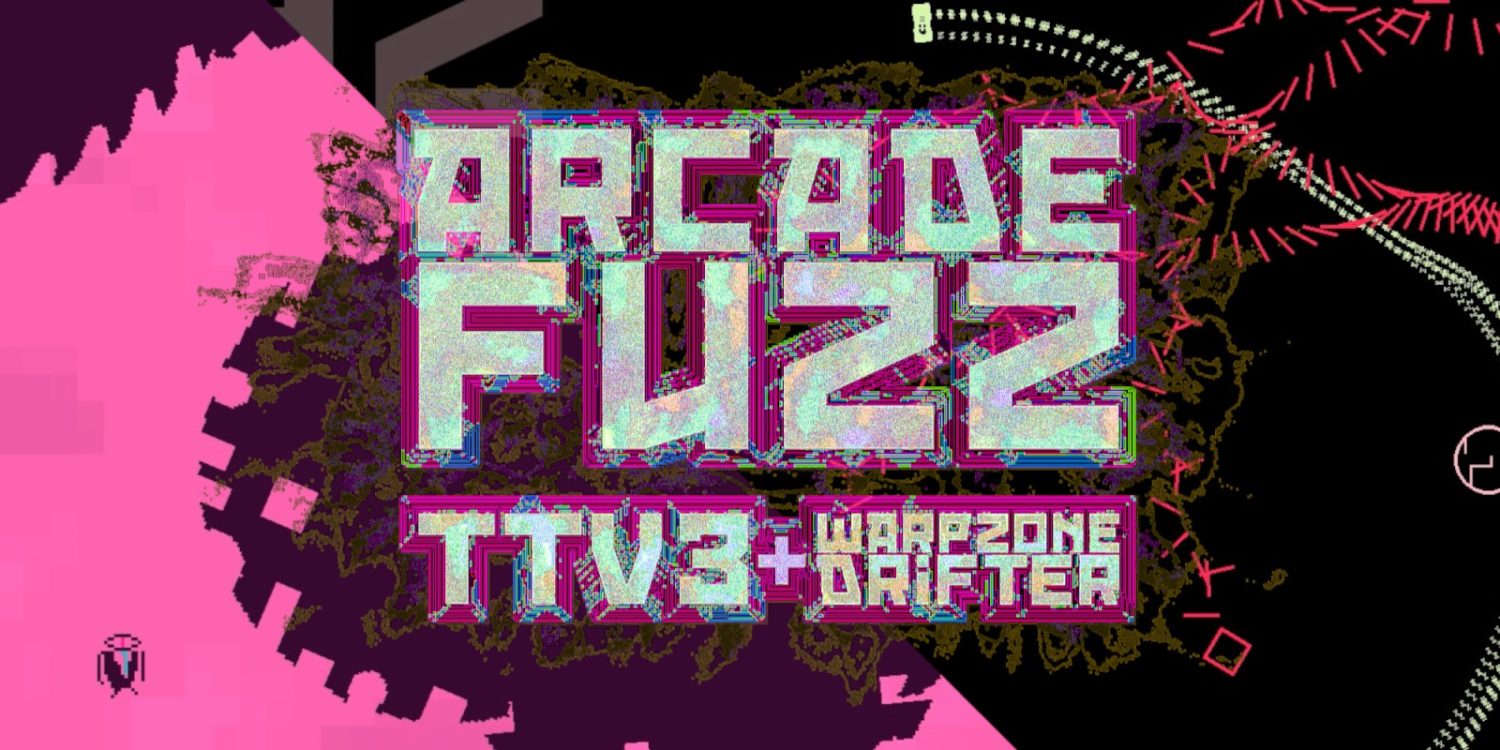 Arcade Fuzz is a two-in-one title developed by Brazilian independent developer Walter Machado. The two games included in Arcade Fuzz are WARPZONE DRIFTER, a physics-based drifting game, and TTV3, a procedurally generated game. Both games in the Arcade Fuzz package are simple and easy to pick up and play, but they’re also just as easy to put down.

When loading up Arcade Fuzz, TTV3 is the first game you see. In TTV3 you play as a small nondescript character, weaving your way through procedurally generated screens in a bid to progress through as many as you can before you die. What makes this game a challenge is how quickly you move across the screen, along with how quickly the stage changes. This change from screen to screen is very abrupt, and though this is an intentional way of heightening the challenge, it never feels good. 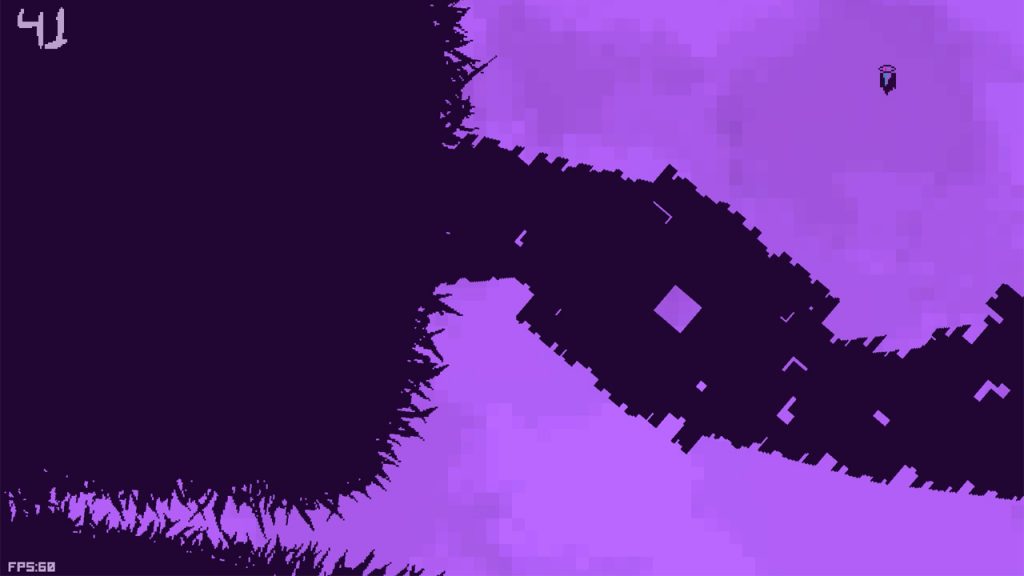 From a gameplay perspective, TTV3 runs smoothly and loads incredibly quickly, but it’s jarring to look at and to listen to. Like the stages, the soundtrack is also procedurally generated, mixing heavy guitar riffs and drums. Putting it nicely, it’s far from pleasant and it doesn’t take long before the sound just has to be muted. Accompanying the soundtrack are visuals that are also difficult to decipher when moving at speed. Though this is the point of the game, your character doesn’t particularly stand out, and that adds an unnecessary challenge.

The second game in the pack is WARPZONE DRIFTER. In this game you take control of a car, drifting across the screen, collecting pink circles in order to progress to the next one. Handling the car is very tough, and on many occasions you may find yourself doing a complete 180 and going the wrong way.

As you drift around, a green trail follows you, looking great on the screen. All of the colours really pop against the dark background and, generally, WARPZONE DRIFTER offers much better visuals than TTV3. There are also pink streaks that disrupt your flow if you cross them — this, along with drifting off the screen, prevents you from progressing. The game’s techno soundtrack is less irritating than TTV3’s soundtrack, but it’s still fairly unwarranted and doesn’t add to the experience. 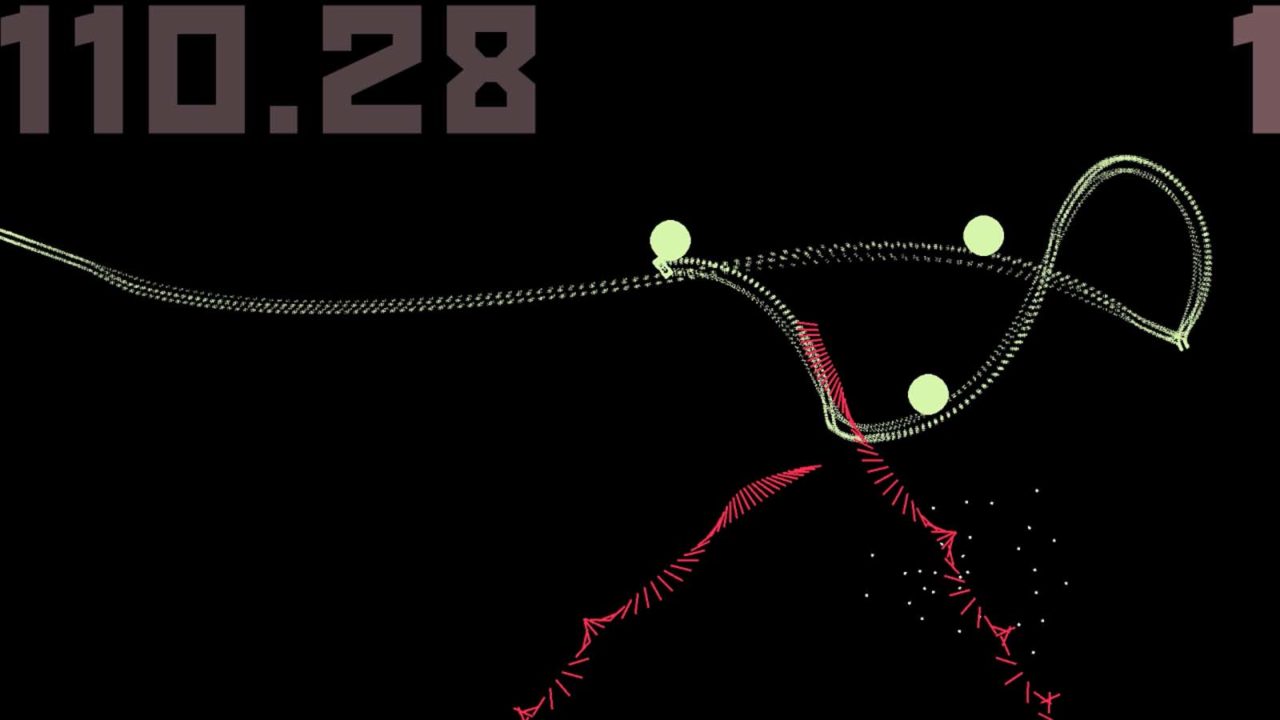 Both games run smoothly and their short loading times promote a just-one-more-try attitude, but unfortunately the gameplay isn’t satisfying enough to justify long stints of play. There are plenty of tough games of this style out there, games that are incredibly challenging but don’t fight against you. Unfortunately, neither game in Arcade Fuzz ever feels like it’s working with you in order to achieve a goal.

Arcade Fuzz offers two small games that could have otherwise offered a lot. Neither game has a definite ending so they could continue on, but because of the tough controls that can feel as though you’re fighting against your own character, this game will frustrate many gamers. All of this isn’t to say there’s not some fun to be had with Arcade fuzz — the game is incredibly challenging, and if you can see beyond the controls and achieve a good run, it has the potential to be very satisfying. Arcade Fuzz’s loading times are also another huge strength — the next screen is up so fast that there’s no need to stray, which is a huge plus for this type of game.

Unfortunately, neither game in this package is overly worthwhile, mainly due to frustrating controls and awkward quirks. For the price, however, it’s difficult to knock the value.