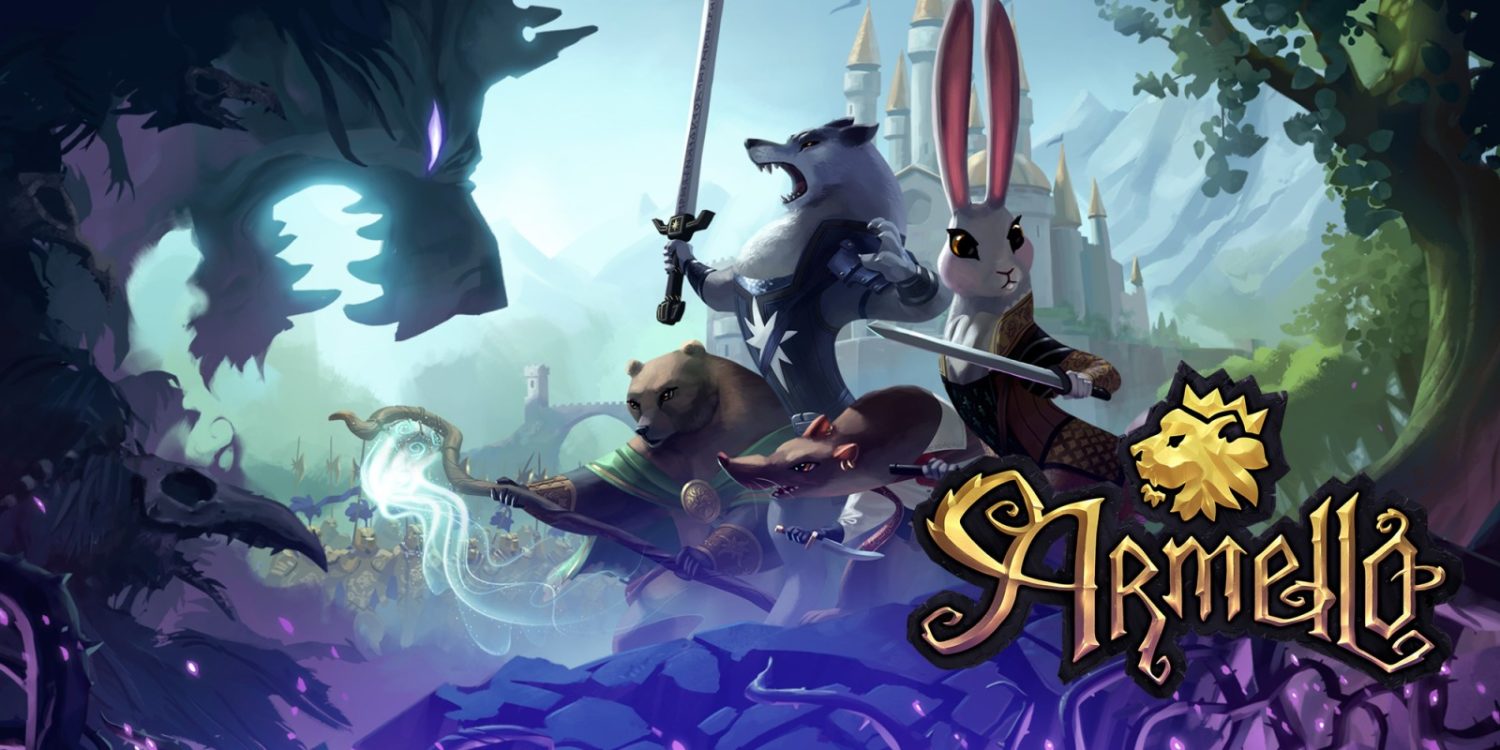 Armello is more of a digital board game than it is a traditional video game. Every element — from the simulated dice-rolls to the card-based spells, traps, and items — could be replicated with a physical set. It’s a game that some people will love, but Armello brings with it the snail’s pace of some board games without the communication to make the time fly.

The game uses a lot of systems: stamina-based movement, numerous terrain-types, settlements to take over, the list goes on. It may seem overwhelming, but the rules are self-explanatory. The King, located within a fortress in the center of the map, is slowly dying to rot. To win you can either acquire the most “prestige” by the time the King dies, kill the King, kill the King after accumulating more rot than he, or collecting the four crystals and purifying the King.

Giving the player a lot of options is good, but those options aren’t balanced well. The two easiest ways to win I’ve found are prestige victories and assassination wins. For an assassination win, a player can wait until the King is nearly dead from rot and swoop in for the kill. For a prestige win, completing quests, using certain items, and killing other players will build up prestige. Every turn, the King will offer the player with the most prestige a choice between two decrees. These rules may do anything from revoking every player their possession of settlements, to reducing the prestige of everyone who’s accrued a certain amount of rot.

Even if the playstyle may be lopsided towards a certain way, the Switch version offers eight playable characters with more characters as DLC. Each character has a different passive skill that lends themselves better towards different playstyles. For instance Shadow, a weasel assassin will be undetectable to other players at night. Meanwhile Thane, a warrior wolf can burn sword cards in battle to break an opponent’s defense.

The whimsical characters are one of Armello’s stronger points. There’s something very Disney about the world and characters. The game even opens with a beautifully animated cinematic. Granted, the assassination plots and political intrigue implied by the gameplay might be a tad darker than your Disney affair, but it manages to charm nonetheless.

What doesn’t quite charm is how slow the game is. Even against AI, a round of Armello can take upwards to the running time of a feature-length film. And with other players, you’ll have to sit through opponents reading their cards, thinking about their next action and participating in dice-roll battles.

When you or an opponent land on the same space a battle initiates where both players must roll a handful of dice. Each face of the die represents different facets to the fight. Rolling a sword means you’ll attack, a shield will cause you to defend, moon means you’ll hit harder if it’s night and so-on. The player who initiates the brawl executes their attacks first and then the recipient will commence theirs. Fights are slow and unless the recipient is already near-death, initiating combat is likely going to be bad for all parties involved.

Granted, battles in Armello are rare. Most games will see all players scattered throughout the map doing their own thing. On one hand, connecting with others is perhaps the number one reason to play a board game. On the other, not only does the game style of Armello make that very hard to do, but the actual multiplayer system gets in the way as well.

To play a local game, you’re going to need two separate Switch consoles with two separate copies the game. Armello has no local, single-console multiplayer. To be fair, a lot of the strategy comes from opponents not knowing what you’re up to, which playing on a singular TV might get in the way of that. But it would have been nice to at least have the option or perhaps offer a mode where players can pass the Switch back and forth. There is online multiplayer at least, but without voice chat it can feel more akin to playing with slower AI.

Armello isn’t a terrible game, it has a lot of playstyle options and a charming presentation. However, it’s also slow, not well-balanced and not really conducive to a fun time for a group of friends. If you’re a board game enthusiast the title is at least worth looking into. If you’re looking for a party game to play with friends, you’ll probably have better luck with the Mario variety.

Armello is worth a look for board game enthusiasts. For those looking for a party game to play with friends, its slow pace and lack of local multiplayer make it hard to recommend.