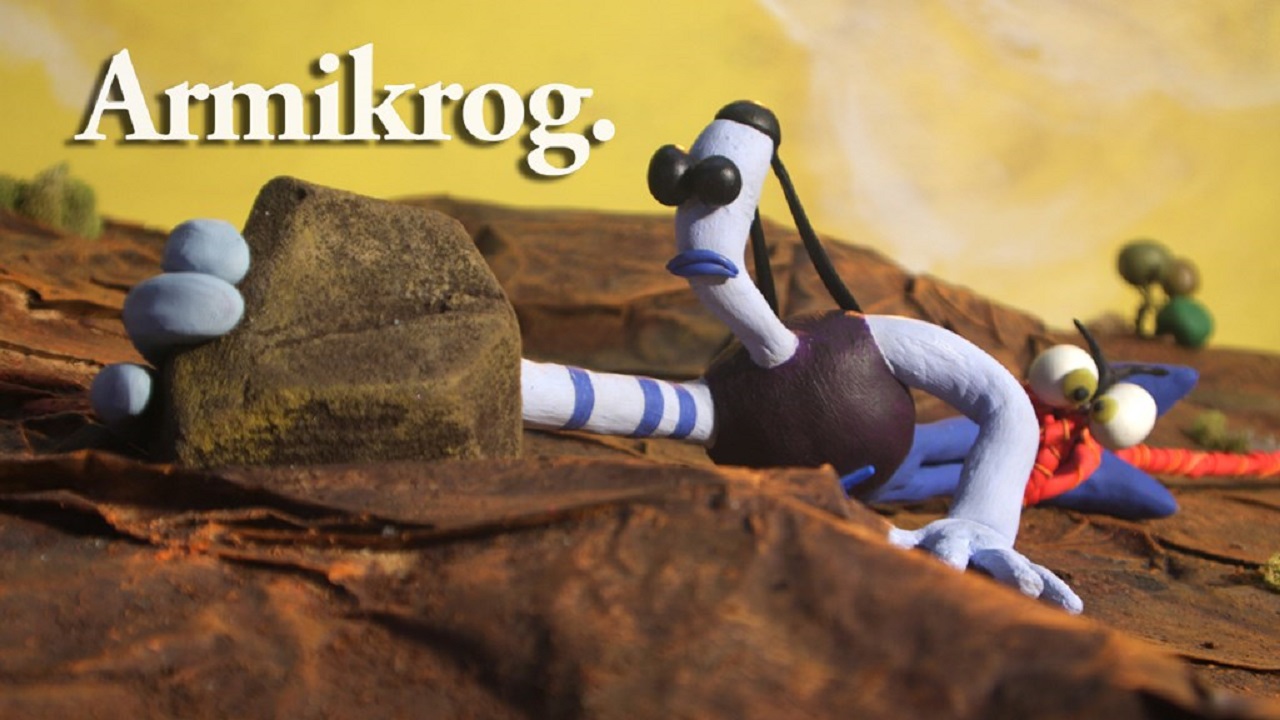 It took a long time getting here, but Armikrog is finally available on the Wii U eShop. Was it worth the wait?  That probably depends on how big a fan of point and click games you are.

The plot is setup in the introduction, but it really doesn’t develop too much until you near the end of the game. It’s definitely mysterious as you explore the alien Armikrog fortress, but I can’t help but wish for a bit more. I think further banter between the leading characters could’ve enhanced things nicely. 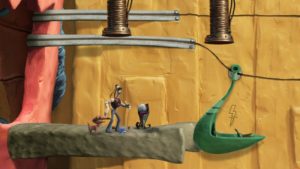 Speaking of, you control Tommynaut, and his occasionally flying dog Beak-Beak. The characters are fun, but their voice acting is limited. It’s a double shame; the game has some notable stars behind the voice work, and dialogue is often a key element to these games. Nonetheless, they do allow for some buddy puzzles. 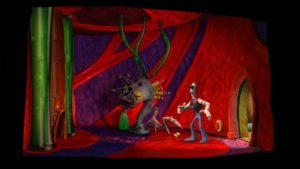 How difficult you’ll find the puzzles in Armikrog will likely come down to your experience with the genre. For a big fan like me, I found they varied from pretty easy, to rather challenging; but never frustrating. You won’t be in want of direction. Some puzzles are minor variants which isn’t terribly exciting, but others are memorable; trying to figure out how to launch a giant egg and land it in a nest comes to mind. 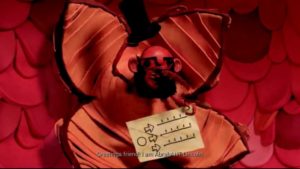 No puzzle challenges stem from the controls thankfully, which work quite well. While I was surprised that Wiimote support wasn’t included, the GamePad performs admirably. Tapping with the stylus makes for smooth gameplay, but the buttons can also be used. The game has Off-TV play. 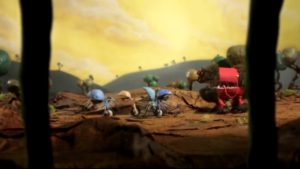 I suggest looking at the television if possible though; Armikrog is a visual feast! The stop motion clay animation consistently made me smile. On more than one occasion I sat staring at the details on the screen. Trust me, these still screens don’t do it justice. If you put a premium on graphics, you owe it to yourself to check out this game in High-definition. 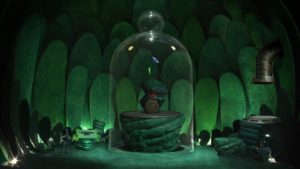 The music however can’t match the visuals. I will say that Armikrog has one of the most diverse soundtracks I’ve ever heard in a video game. But that makes the end result (perhaps unsurprisingly) quite uneven. Much of the music simply doesn’t fit. The blend of country, folk, pop, and beyond is odd. While I did enjoy a few of the tracks, I ended up muting the music most of the time. The atmospheric sound effects work well enough on their own. 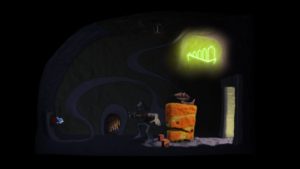 The game’s biggest concerns are its short length, and lack of polish. I ran into multiple bugs; one forcing us to restart the game from scratch! Thankfully the game’s brevity made this more bearable, but it’s still bad. I did reach out to the devs concerning the glitches I encountered, but I haven’t received a reply at the time of publication. It is disappointing that over a year after the bug filled PC launch, the delay didn’t translate into a more polished port.

Despite the short length and bugs, I really did enjoy Armikrog. It’s a fun game, but definitely a flawed one. I recommend it to genre fans, but advise every else to skip it until a patch arrives. I hope to see more of Armikrog in the future.

Despite the short length and bugs, I really did enjoy Armikrog. It’s a fun game, but definitely a flawed one. I recommend it to genre fans, but advise every else to skip it until a patch arrives.