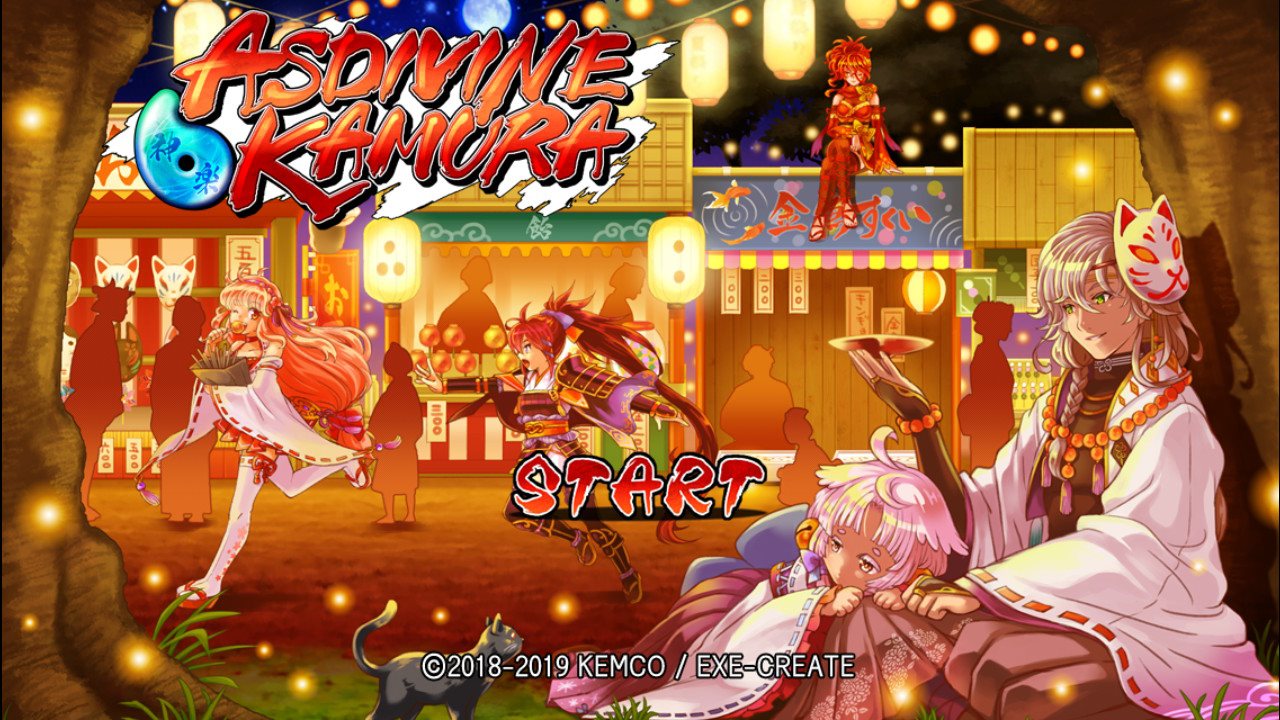 Asdivine Kamura is an adventure role-playing game with all the classic RPG elements included. This game has an interesting world and fun battle mechanics. 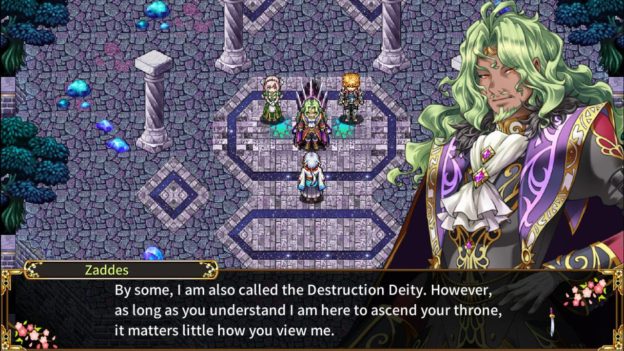 The game opens at the beginning showing Shiki, your character, battling against Zaddes. Shiki is the Spirit Deity of the world while Zaddes is known as the Destruction Deity. Zaddes has overtaken the throne and now ruling the world sending Shiki down among the mortals in Asdivine. With no one having any memory of Shiki being the deity in the first place, Shiki must collect Mystic Orbs to gain his power back and defeat Zaddes. Along the way, Shiki gains some allies for his journey.

The rest of the gameplay is fairly straightforward. Once Shiki is no longer the deity, he begins his journey to find the mystic orbs to regain his power. A young girl, Koyuki, who lost her parents joins him on his quest as he meets a few more allies as well. 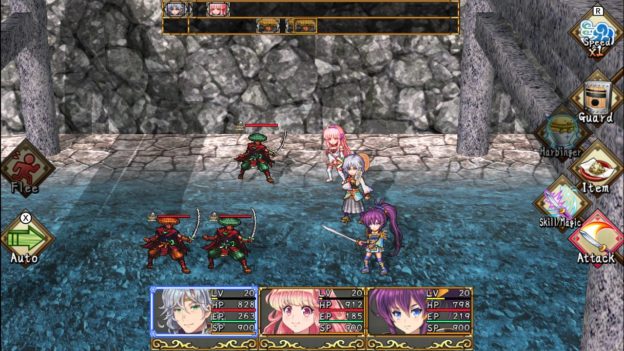 These allies are not only able to fight alongside you in battle, but they have their own skills outside of battle. For example, Koyuki is light enough to hop on lily pads to get to an island. She doesn’t fight in battles, however, she’ll watch from afar. If you catch her in the background, she’ll boost a stat for your party.

The battles are fought on 3×3 grids so you can move your characters in any formation you want based on ranged attacks and defense. The turn order is decided at the beginning and is shown at the top of the screen, allowing you to choose your attacks and who to aim them at carefully. Like most RPGs, your characters have a variety of attacks from special, ranged, and various weapons. They can equip different armor and accessories to up their attack and defense and other stats. 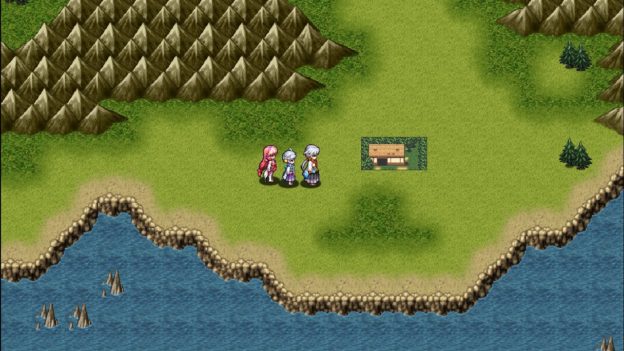 The battles also have an auto-fight feature which I used a bit when I was playing the game on the go. It was a great feature though I never lost a battle when using it. I don’t know if the characters are too smart for their own good or if my characters were just that strong.

Outside of battles, you travel through various areas, villages, and walk on top of the map to get from one place to the other. The atmosphere of the game overall is pretty cool. I enjoyed the backgrounds and watching the pixelated characters walk in formation from one place to the other. There are a lot of different spots to explore when you’re in a certain area. For example, there are hidden walls and invisible walkways in places such as caves to get to out-of-reach chests and other places. 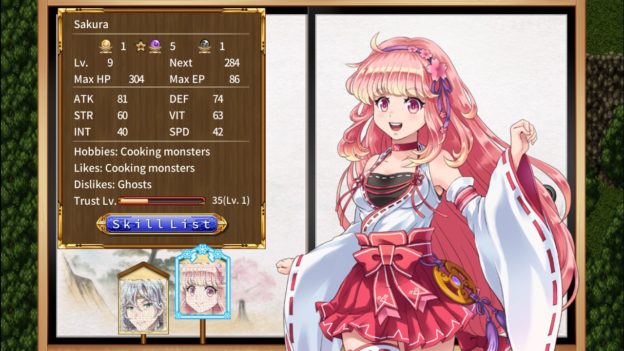 My main complaint about this game was there I didn’t feel as though there was enough character development. The voices of each character were different from one another, but they help their own tone throughout. I would have liked to see other sides of them.

Overall though, Asdivive Kamura is a great RPG. If you’re interested in RPGs, I’d recommend giving it a try.

Asdivine Kamura is a strong RPG. The controls are smooth and the graphics are well done. I personally felt there wasn’t too much depth with the characters when it came to development, but I enjoyed my time with the crew nonetheless.