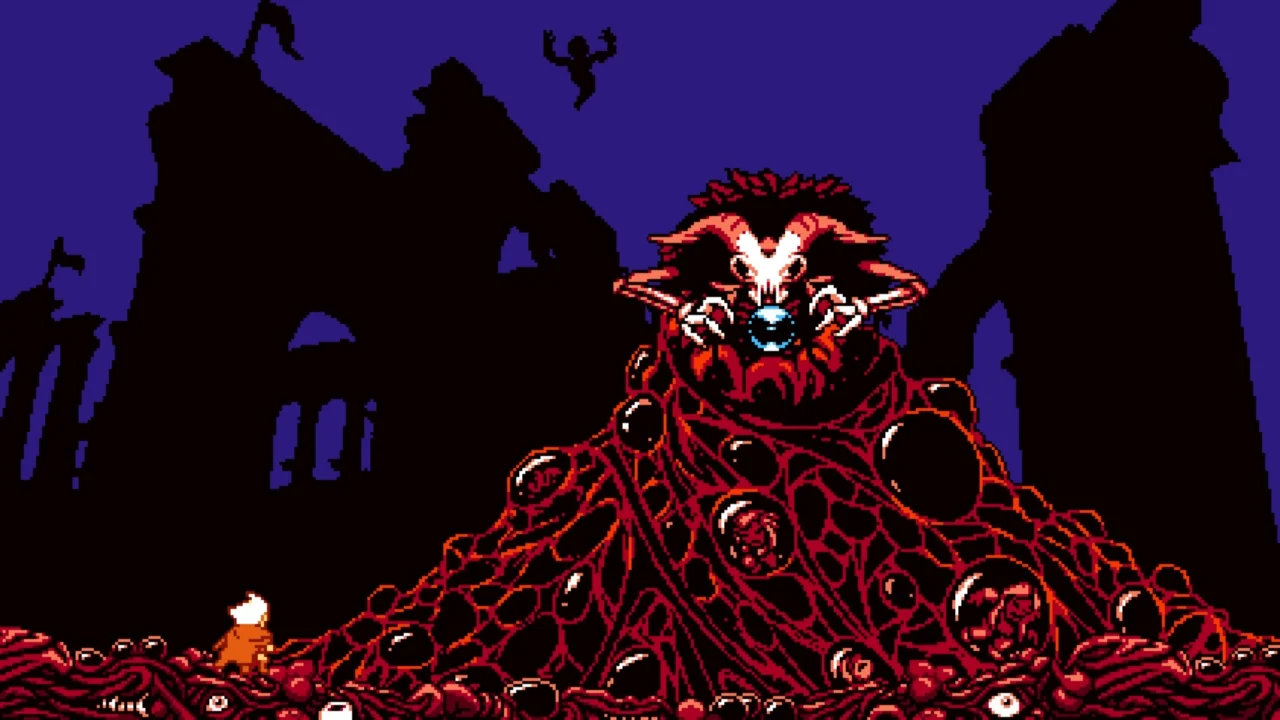 Seriously, I meant to die there.

Retro 2D platformers are a dime a dozen on the Nintendo Switch. This makes sense, because a) they’re fun to play, and b) they’re perfectly suited for gaming on the go. If you find yourself in need of a new one at this present time, allow me to point you towards Astalon: Tears of the Earth.

It begins (as such games often do) with a tale of a fallen kingdom and the warriors who summon the courage to rise up to become its saviors. This basically serves as a reason to get you into a giant tower for plenty of exploration and combat. 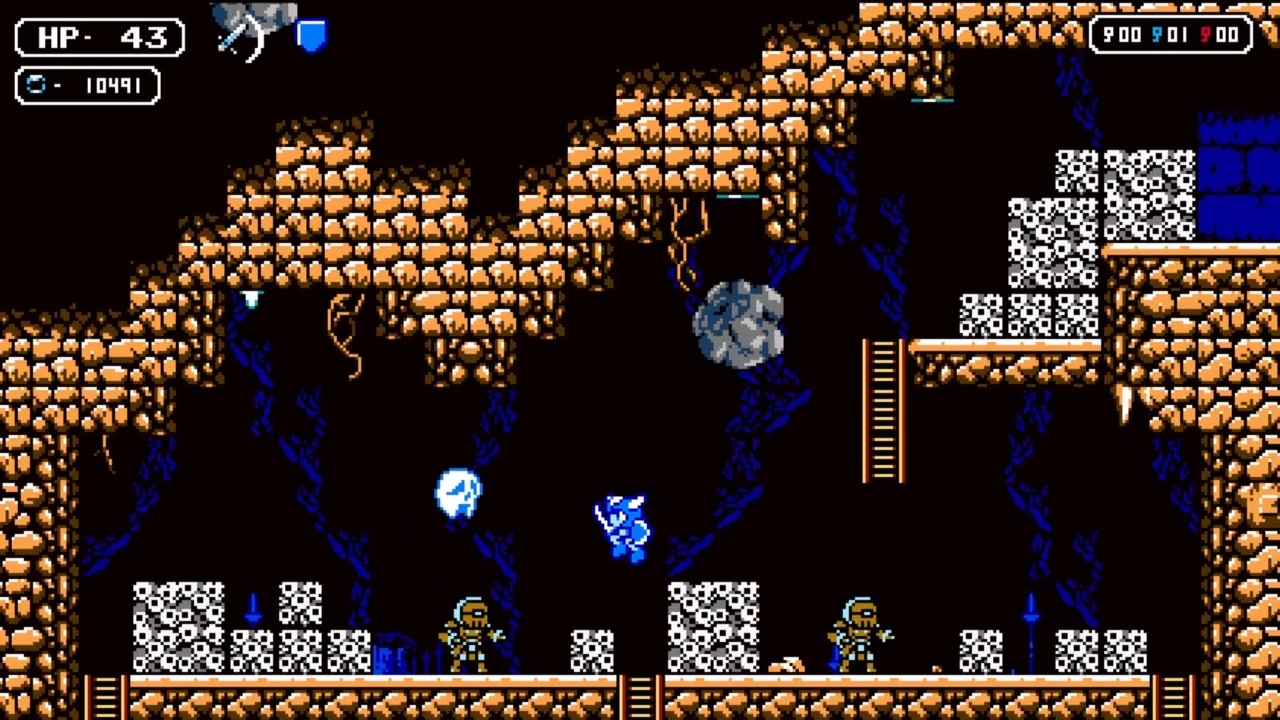 Plot elements are textually laid out at various points, and you’ll breeze through them quickly.

The main gimmick comes via the trio of heroes: your warrior, your wizard, and your archer. You can play as any of them, but you can’t switch whenever you feel like it. Instead, there are campfires scattered about where you decide who gets to rest and who has to fight. This being a metroidvania, you’ll explore the surroundings screen by screen, and often won’t have access to certain areas when you first reach them. At least, not with the character you have in hand. In that case, you’ll have to return to the campfire, get the right fighter, then return.

Already, you know what the problem is going to be here: backtracking. There’s a lot of it in this game, not only because of access, but combat as well. I would often get taken out by enemies simply because I didn’t have the right character to take them out. Return with the archer, for example, and previously troublesome screens would become easier. 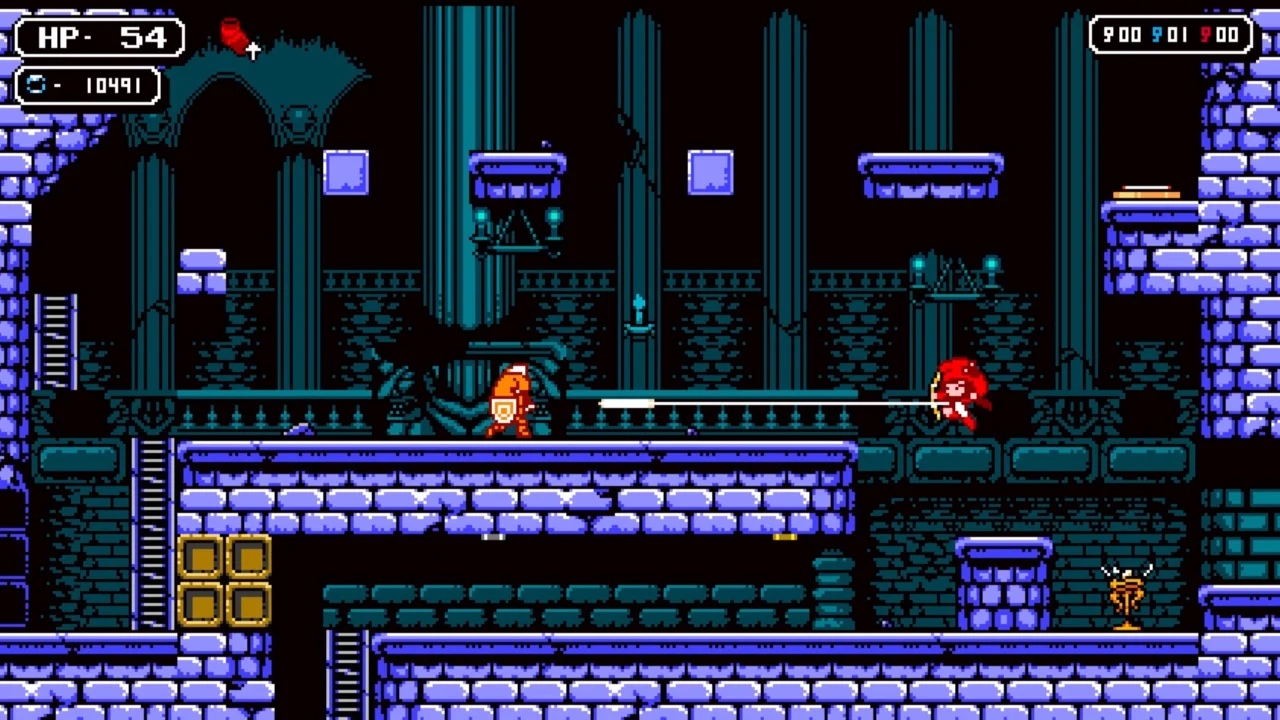 The multi-character dynamic lead to lost time in one additional way. Because I didn’t want to backtrack, I’d futilely try to navigate through with the character on hand. I think I made that work just once. Every other time, it was back to the campfire. Moving backward to move forward is often part of video games, but I don’t like when it’s a gameplay element. You’re meant to die (it’s part of the plot, really) then come back stronger with the right character and abilities.

I want to stress at this point, however, that this is my only significant complaint about Astalon: Tears of the Earth. The game’s action is precise, with controls that are easy to master no matter which character you’re playing. When certain screens or bosses were particularly tough, I always felt it was because I had the wrong character or ability, not because the controls were sluggish or the design unfair. 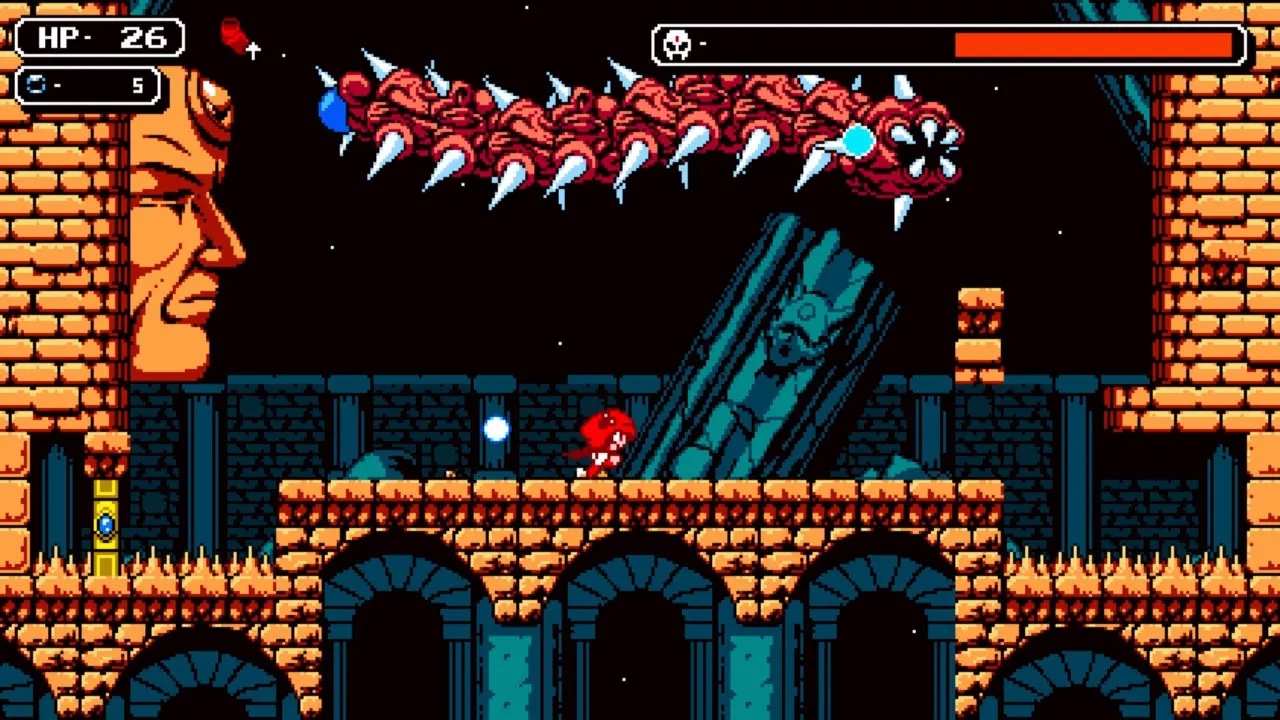 The game also provides the proper amount of rewards as you find hidden areas, access rooms that had previously been out of reach, and just generally move forward. As frustrating as it is to encounter a puzzle you can’t solve because of the character you’re using, the reward is doubled when you reach it ready to go. You don’t need to worry about individual abilities growing stale, either, as the game includes some RPG-like upgrades along the way.

Visually, Astalon: Tears of the Earth comes in looking like most other retroid action/platforms. It’s basic, but colorful, allowing you to easily focus on what matters both docked and in handheld mode. The cool thing here is that you get to choose between various filters that allow you to play the game, say, as it would’ve looked in the late ’80s vs. how retro games look now. This is especially useful on the Switch, as it allows you to flip preferences based on whether you’re connected to the TV. However, you can only swap between filters from the menu screen, so you’ll need to find a save point when switching modes. 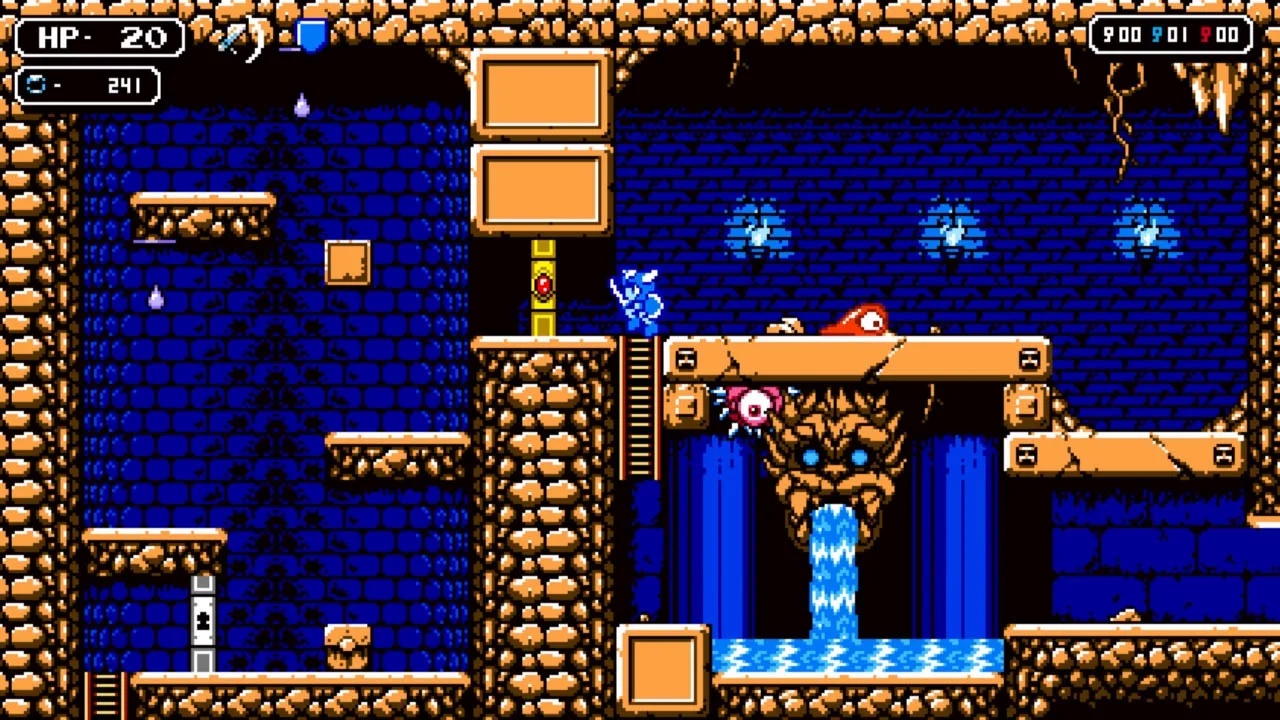 All said, Astalon: Tears of the Earth provides a solid experience that’s unique enough amongst platformers to keep fans entertained throughout its somewhat lengthy story. It’s not going to keep you busy all the way up to Metroid Dread, but it’ll likely be one of the better games you play to pass the time until then.

Astalon: Tears of the Earth may be yet another in a long line of retro 2D action/platformers available for the Nintendo Switch, but it deserves to be moved towards the front of that line. Fans of the genre will find plenty to like here, so long as they’re willing to accept backtracking as a core gameplay element.