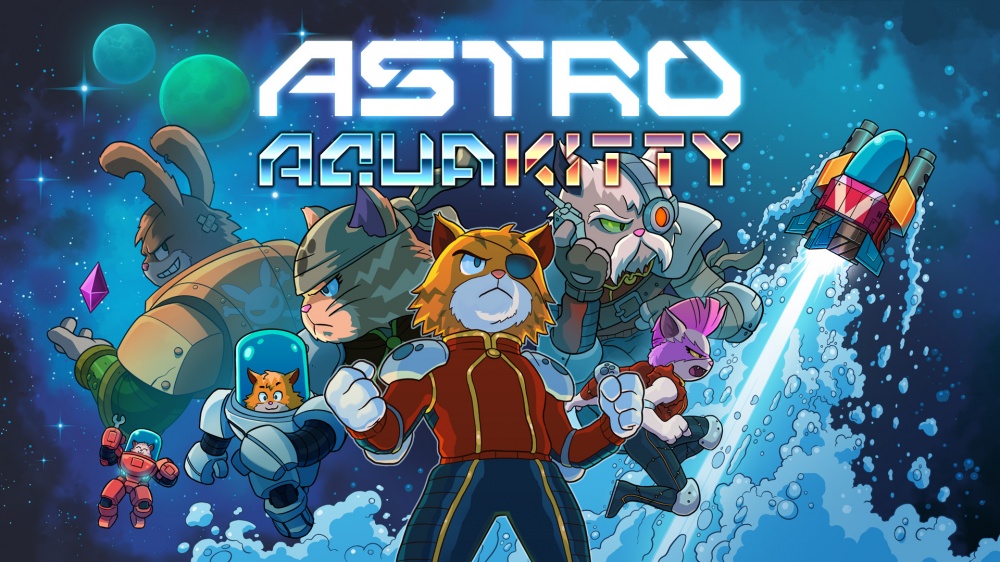 Astro Aqua Kitty is an action shooter for the Nintendo Switch. It involves cats in a submarine who shoot alien robots and solve puzzles to move through levels. Is it as good as it sounds? It’s actually even better!

There’s a lot to like about this title. For starters, the action is spot on. Of course, the gameplay is the most important aspect of any decent shooter, and Astro Aqua Kitty shines here. Controlling your ship is fluid, shooting is fast and straightforward, aiming is perfedct, and enemies get your heart pumping as you try to avoid their fire while attempting to destroy them. In a word, it’s fun. 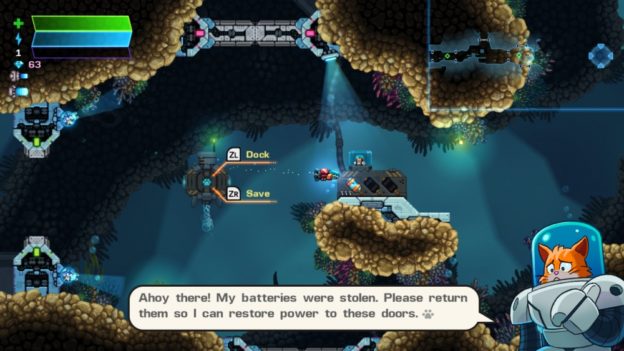 Another part of this game’s charm comes from the addition of exploratory and puzzle elements. Yes, there are copious amounts of enemies to dispose of, but there are also times when your allies require specific items, and it’s your job to find them. Or perhaps you have to work out how to unlock the gate to the next area. It adds variety that keeps the game feeling fresh in an overcrowded genre.

I’m a huge fan of a well-thought-out user interface, and Astro Aqua Kitty shines here, too. Not only is the menu simple and easy to understand, the in-game map is perfectly placed in the top-right corner. You can even alter the size of the map using one of three preset sizes! 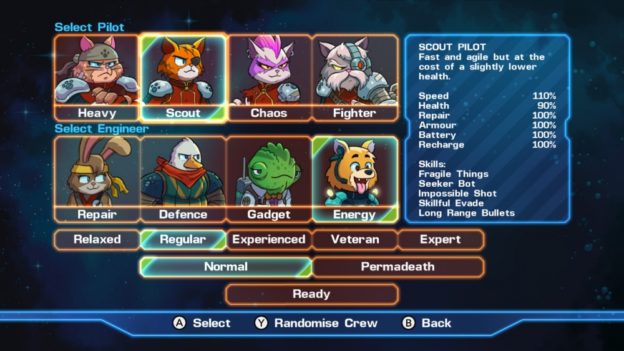 In fact, there are many options to really customize your time with Astro Aqua Kitty. You can choose between five difficulty levels, ranging from Relaxed to Expert. You can also choose between normal and permadeath modes if you’d like to ramp up the difficulty another notch. You can select your pilot and engineer from one of eight colorful characters with fun names like Scout and Gadget. They have different stats, so there’s some benefit in selecting one that works best for you, but if it’s all too hard to make that decision, there’s even a “randomize” option. The developers have thought long and hard about the design and user interface, and it pays off. It also plays very well in both handheld and docked mode.

Speaking of difficulty, there’s a lot going on with the enemies. Each new area adds more complex foes. Oh, and boss battles! A must for any decent shooter, these tough bad guys are, well, tough, even on the easier modes. They sure are satisfying to defeat, though. 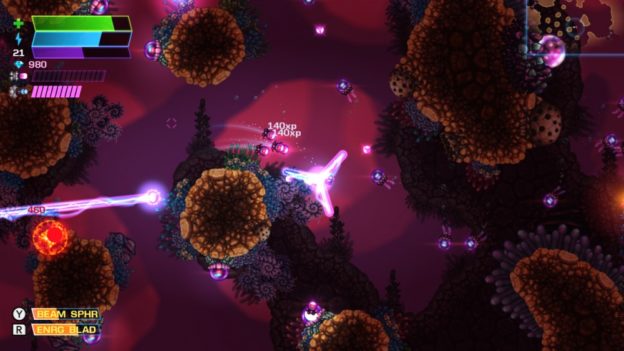 The aesthetics are terrific, with a colorful subterranean world. It has a slightly retro 16-bit vibe that presents a polished feel. There’s often contrast between some of the darker environmental elements, like rocks and debris, and the bright colors used for enemies, bullets, and collectibles, which works well. The audio is great, too, with catchy, upbeat tunes that keep the adrenaline pumping, perfect for the background without being too in-your-face.

The upgrade menu is simple and easy to use. I find a lot of games overcomplicate this area, making it feel like a chore or too hard to understand. Astro Aqua Kitty keeps it simple, despite having so much to offer. When you level up, you can allocate a skill point to unlock new abilities, some of which are automatic, while others can be mapped to your controller to give you extra powers. It’s super fun to try out the new moves, particularly against a hard enemy. 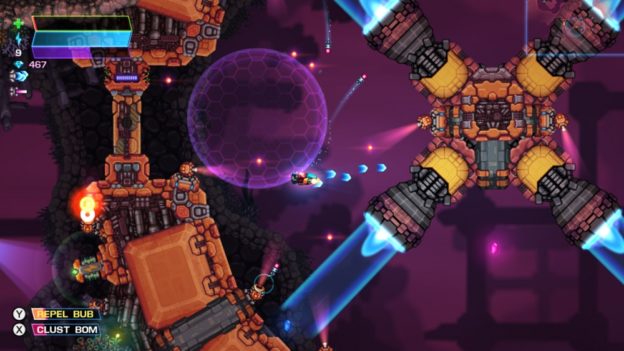 You can also spend your gems – collected from defeated enemies – on upgrading your ship’s health, armour, or energy. Then there are weapons to collect, also assigned however you like. Plus, weapons level up. You can recycle old weapons for more gems and help pay for new ones. There’s a lot to it, but the design is intuitive and it becomes a strong part of the gameplay itself.

Overall, Astro Aqua Kitty is a great shooter that I couldn’t put down. It honestly had my whole family hooked. Possibly the only thing missing is a two-player mode; this is an otherwise perfect game. It provides loads of variety and action, with a terrific user interface, easy-to-use controls, and an enjoyable soundtrack. If you’re a fan of shooters, this is one you should definitely check out.

Astro Aqua Kity is a super-fun shooter, with great audio and visuals along with fluid gameplay and spot-on action. There are a lot of options to keep even the fussiest player happy during this tough but enjoyable undersea adventure. Check it out!