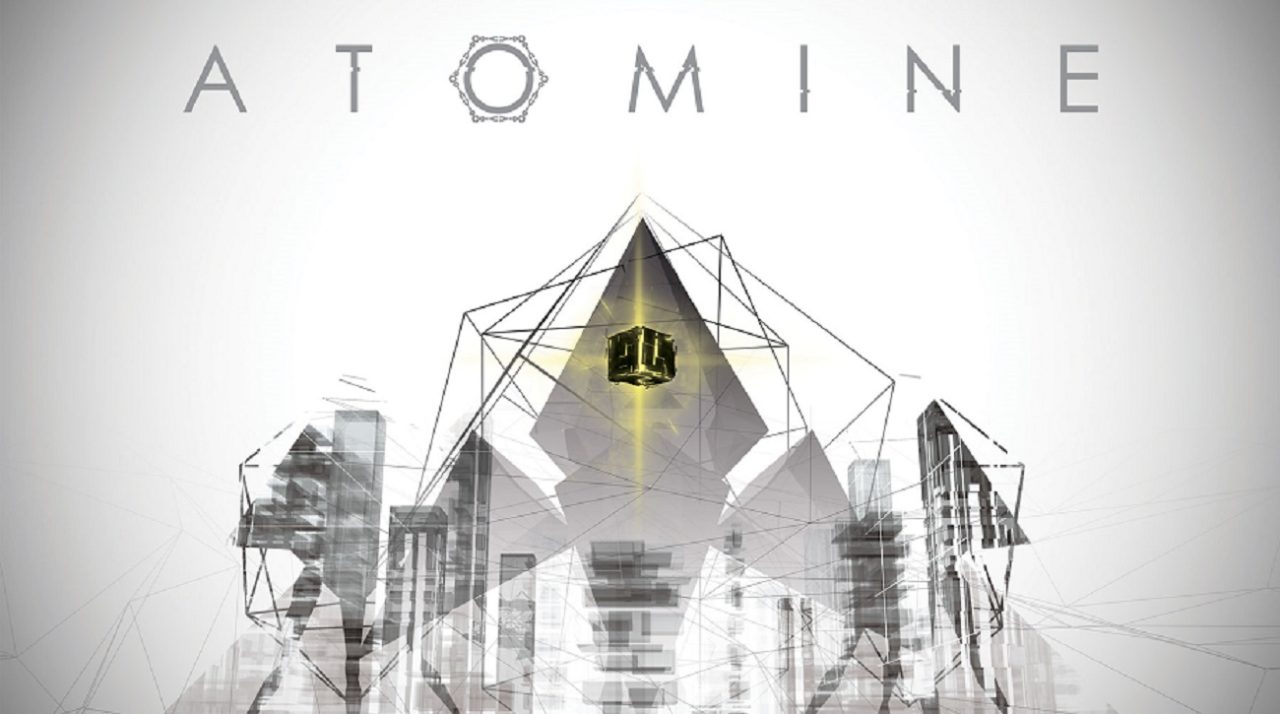 In an era where the digital marketplace is never short of titles with roguelike elements, it takes a lot for a rougelike to stand out. Atomine is not one of those standouts. This twin-stick shooter is mostly competent, but there’s nothing in it that hasn’t already been done better.

Atomine sees players hacking a missile launch system by taking control of a cube in a digital landscape. Other geometrical shapes serve and enemies, and must be destroyed with bullets, lasers, rockets, and even electricity. Within the randomly generated topography, the player will pick up modifications that alter the properties of their projectiles, such as the range, spread, and the rate of fire. When killing time, it’s all decent fun, but it’s nothing that hasn’t been done before, nor is it anything done exceptionally well.

Progressing through each stage requires the player to eradicate every foe. Sometimes bogies are waiting openly rooms, but a lot of times they spawn behind you while you’re in the middle of dodging foreign projectiles. It’s much more irritating than it is challenging. Getting hit will cause the screen to glitch and distort, and while that’s a cool effect, but it also makes it hard to see and can lead to taking more damage. The isometric perspective can also be unhelpful, as walls are sometimes tall enough to obscure narrow hallways.

The graphics are composed of geometrical, semi-transparent shapes, such as rectangular pillars making up walls. It sells the idea of a digital landscape, but the levels only change in color scheme, making them feel too similar. The synthwave and dubstep soundtrack isn’t anything you’ll be humming long after the system’s been turned off, but it does boost that feeling of adrenaline when in the middle of a firefight.

You accumulate points that fill up a bar after each run, and you’ll unlock new items every time that bar is filled. New modules, which are essentially character presets, also unlock the more you play. There’s certainly a fair deal of replayability, as you have more tools to your disposal to help you clear the game.

Every few stages pose players with a boss fight. The bosses aren’t randomized, which is good in that it makes conquering a boss that might have killed you on a previous run more satisfying, but it also makes the game more repetitive. Also, the weapons aren’t really balanced, which discourages experimentation. Rockets have been so useful that I’m not sure what reason there’d be to use any other weapon.

Atomine is decent but it doesn’t do anything unique. The whole experience is brought down by annoyances such as randomly spawning enemies, boring level design, a lack of variety, and unbalanced weapons. There are worse roguelikes out there, but there are also way better ones. If you really need a twin-stick shooter on the Switch, look at your other options first.

Atomine is decent but it doesn’t do anything unique. The whole experience is brought down by annoyances such as randomly spawning enemies, boring level design, a lack of variety, and unbalanced weapons. There are worse roguelikes out there, but there are also way better ones.