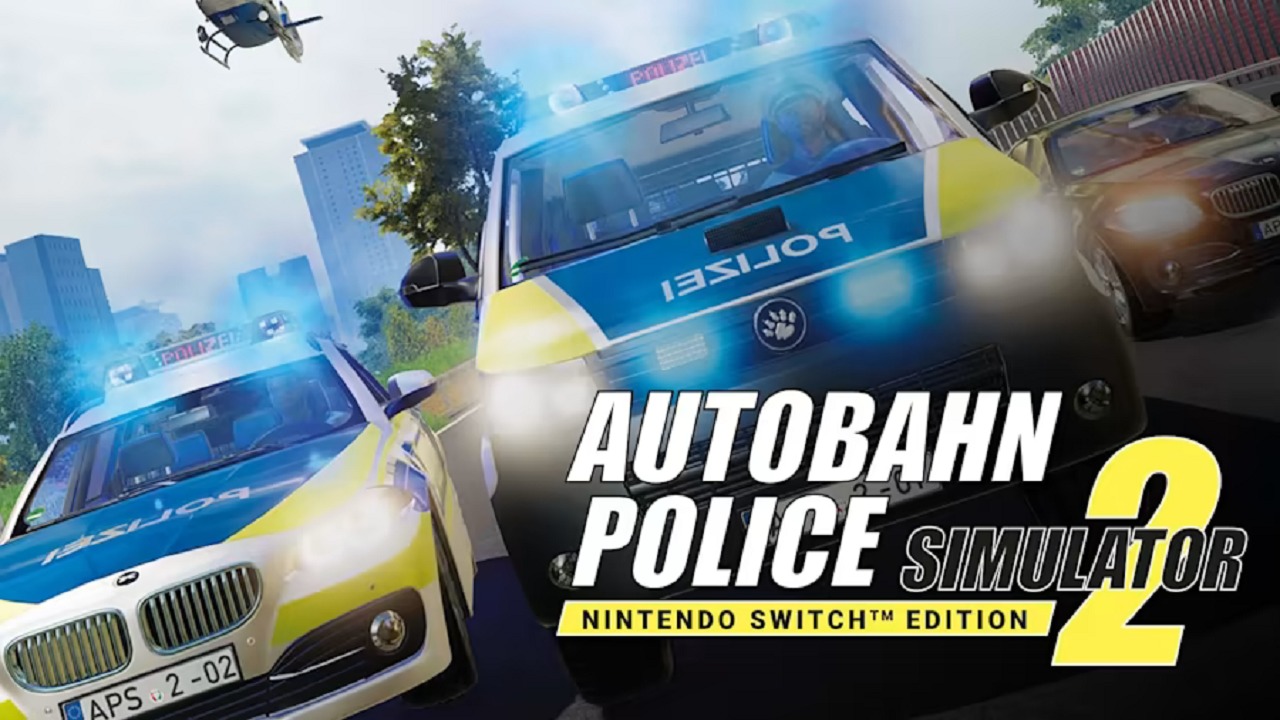 What can I say about a title like Autobahn Police Simulator 2? For one, it’s also known as Autobahn Polizei Simulator 2 – Nintendo Switch Edition. For another, the original never landed on Switch—so much confusion before even getting to the slow loading main menu.

This title is a simulator but not necessarily striving for realism. For instance, pedestrian traffic doesn’t respond to my lights or sirens. It’s more of a hybrid, now available on a hybrid console. I can’t say this port of the 2017 game was worth the wait. Indeed, I don’t think this current build is a good fit for the Switch. But there’s some entertainment to be had, so long as you’re willing to work for it.

Of course, by their nature, sims command a work-ethic mentality that most games don’t have. So if you aren’t already a genre fan, steer clear of this one. It’s not a strong representation of these types of titles, extra unfortunate as it promises that it “goes beyond a mere simulation.” That’s just one example of setting expectations that can’t be matched, and it’s important to know that before going in.

I’ll give a couple of others. First, “Detailed character creation” amounts to simply choosing from a preset trio of male or female designs in a disingenuous fashion. Secondly, a top gameplay feature promises a “Living Police Station.” But all the blocked and empty rooms do this no favors. And while colleagues are present, they aren’t chatty. You can’t interact with them unless prompted. In reality, they don’t even move about, frozen in place like lifeless mannequins. It’s entertaining but in an unintended, funny way.

Despite some persistent blocks, there’s more life when you’re on the road. The amount of high-quality speech is impressive (much higher than other aspects of the game), with your radio getting constant chatter. It brings life to car travel that (even with a map and quick travel points) is slow. The speech eventually repeats, but it blends into the background by that point. Should it annoy you, you can adjust all the audio (music, effects, dialogue) via the settings.

Sadly the graphics can’t match the impressive vocals. At best, a mixed bag, these visuals appear behind the times on the Nintendo Switch. Things also start incredibly choppy though this seems to improve with time. But the draw distance is hard to ignore when traveling with speed. I don’t want to spend too much time talking about this, but this game won’t turn heads with performance issues, repeating textures, and more working against it.

My biggest issue with this game is that it only saves between missions, which can be lengthy. The Switch is a hybrid system that many play in handheld mode. The lack of additional save points, or autosaving is ludicrous.

It’s a shame cause there’s some enjoyment here. Get through the slow opening, look past the dated visuals and quirks, and you can have some fun. Engaging in high-speed chases, giving breathalyzer tests to suspects, and securing accident scenes are just some of the activities on tap.

Autobahn Police Simulator 2 (if grabbed on sale) could be a solid choice for certain types of players willing to invest the time and overlook quirks. But it overpromises and underdelivers, with a dated presentation sure to turn off many. Combined with a lack of Switch optimization, it warrants waiting for a deep discount on your wishlist.

Autobahn Police Simulator 2 (if grabbed on sale) could be a solid choice for certain types of players willing to invest the time and overlook quirks. But it overpromises and underdelivers, with a dated presentation sure to turn off many. Combined with a lack of Switch optimization, it warrants waiting for a deep discount on your wishlist.