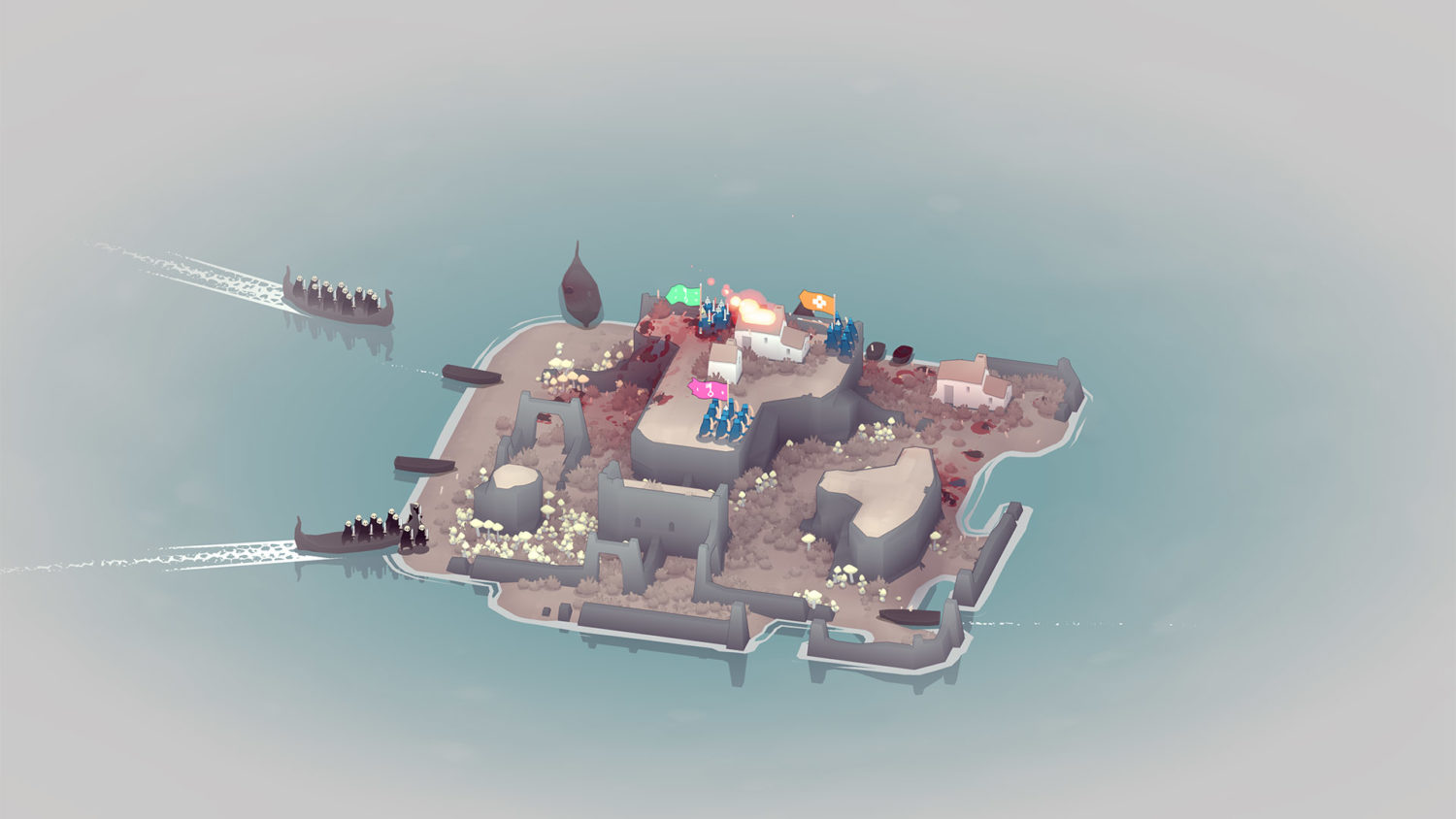 Games about viking invaders usually don’t have the minimalist, almost cute aesthetic of Bad North, but this game really makes it work.

The simpicity of the design is lovely to look at. With their pastel colours and waves gently lapping at the shores, the islands you are tasked with protecting appear charming and adorable. You really want to help them, even with the meagre resources that you have at your disposal.

The gentle art style means that when you do engage in conflict with the invaders, in their stark black clothes, the splashes of blood are violently bright and come as a brilliant visual shock. The contrast between the soft islands and the angry red blood evoke a genuine emotional reaction to your little stick figure armies.

This matches the idea that you’re not fighting for land or power or money. You’re fighting to maintain peace for asseiged people. 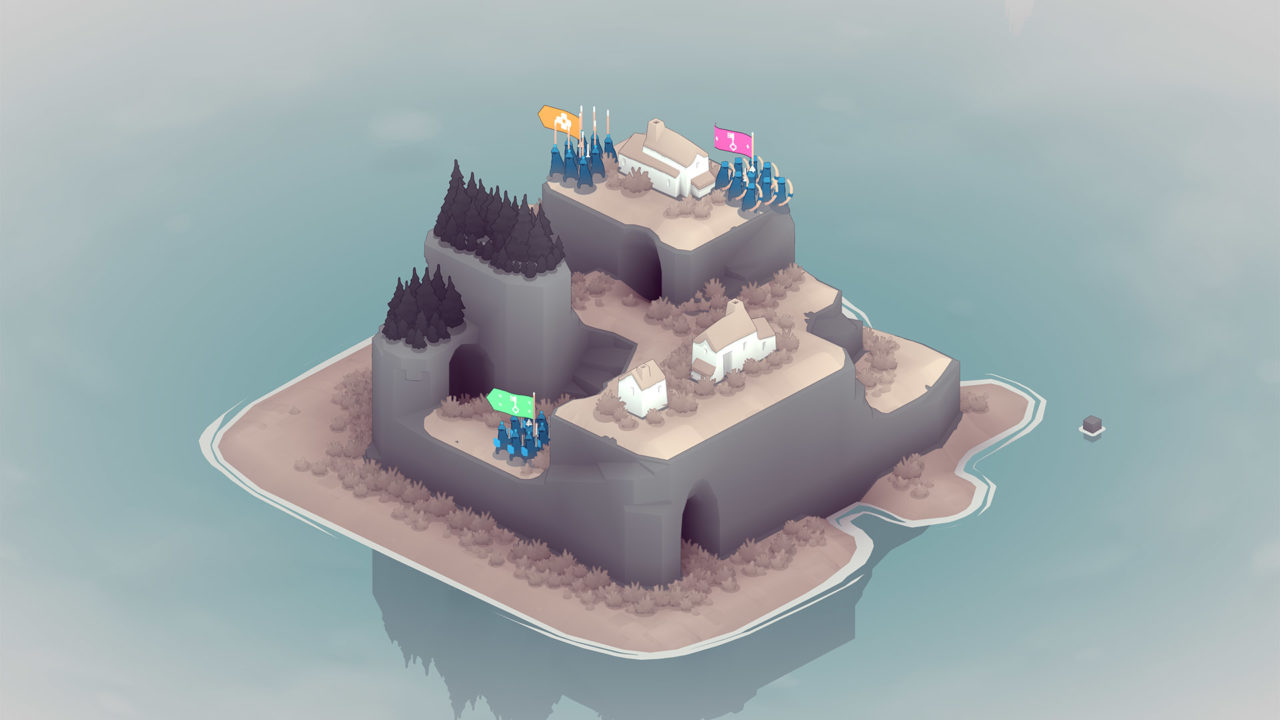 Bad North is a roguelite in which you move your men across as many islands as you can, defending them from invaders, until your troops are depleted. You learn a lot about strategy from the very first run, working out how to best utilise different types of soldier and to keep as many people alive and buildings intact as you can.

At the end of each run, you are given a brief report summarising everything you achieved. The amount of gold you earned, the number of islands you saved and the number of people you lost are all included in your summary, along with the total percentage of islands you managed to keep safe.

Bad North has a simple premise that is deceptive in the sense that the actual requires a fair amount of creative strategic thinking. 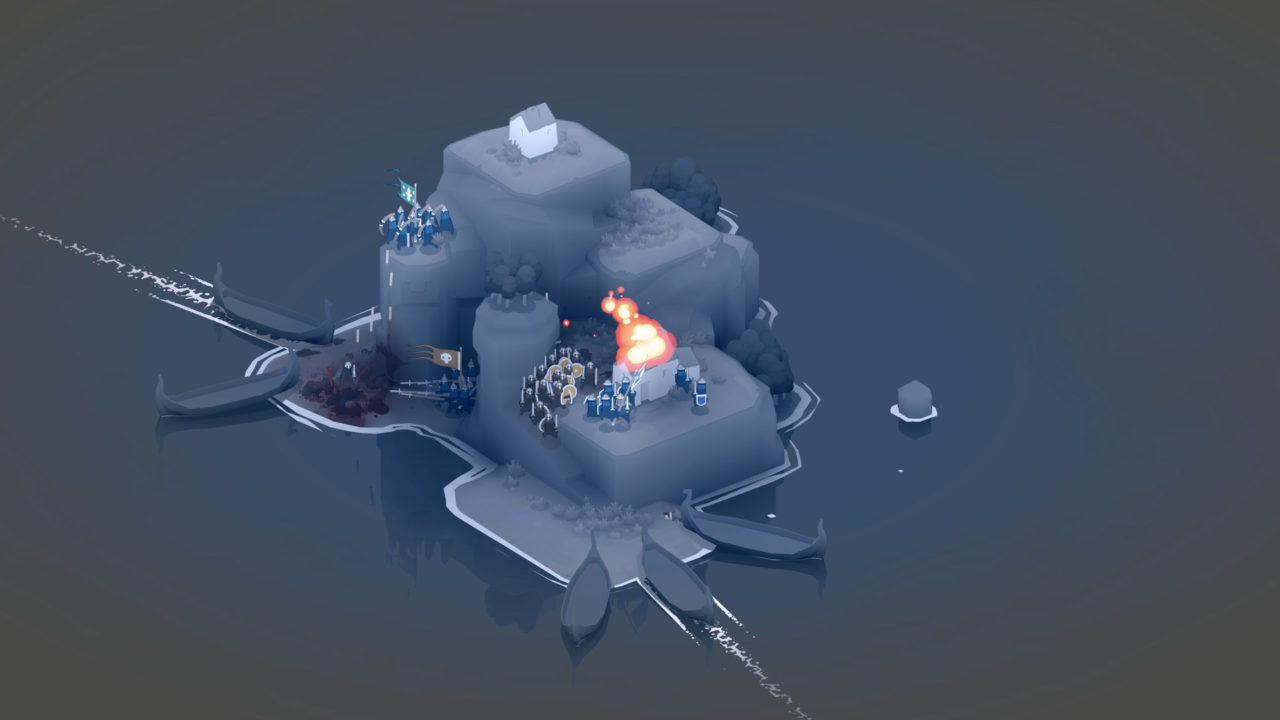 As well as protecting each individual island under attacks from multiple sides, you also have to think about the strain that each battle puts on your forces. You have to distribute gold appropriately to your different armies to develop their skills and abilities in a way that will benefit you in the long term and keep the largest number of people safe across every island in your peaceful home. You have to consider the long-term impact of every casualty.

It’s a genuinely difficult moment when you first realise that you’re going to lose a phalanx.

There are a lot of little touches that show that a lot of thought has gone into making this game. For instance, in the start menu, you have the option to switch the tutorial back on, meaning that you don’t have to worry about getting rusty if you haven’t played in a while and you can let other people play without having to explain it all yourself. 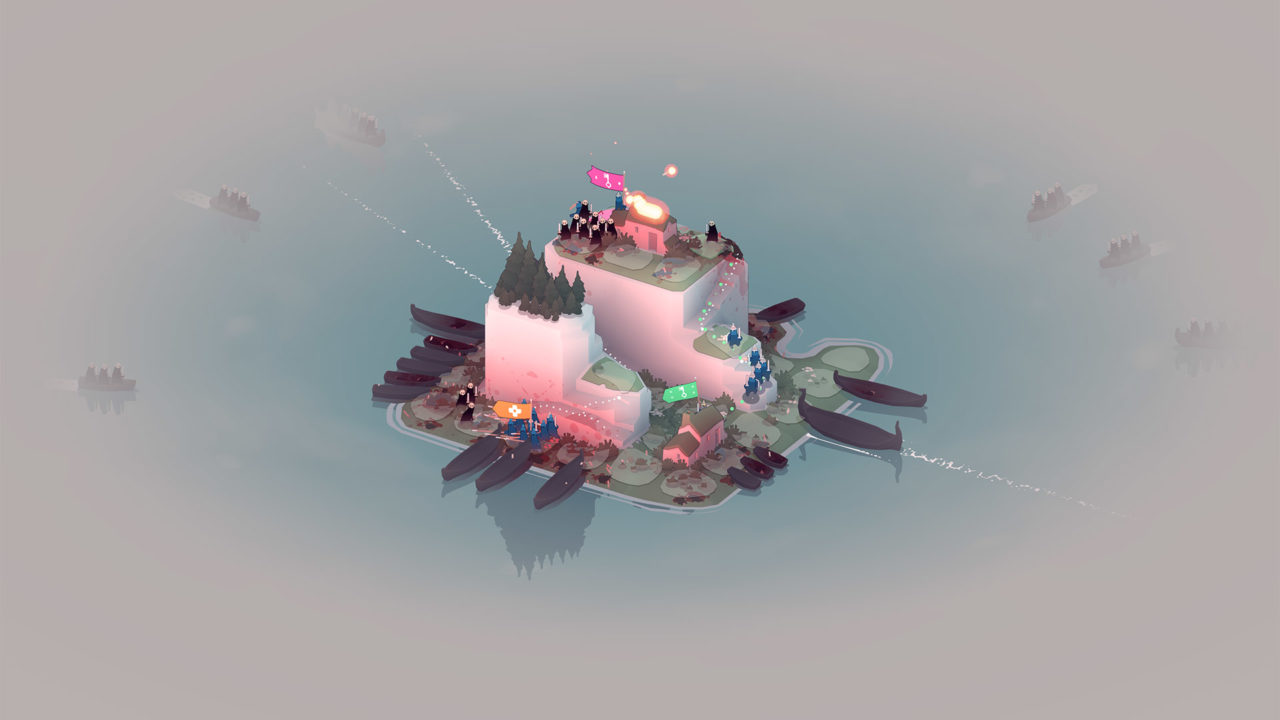 Bad North makes decent use of the Switch controls. It’s easy enough to get the hang of the buttons, and if you’re playing in handheld mode you can do pretty much everything you need to using the touchscreen.

This is definitely an addictive game. It is lovely to behold and can trigger surprisingly emotional reactions. Overall, it’s very well made, with enough of a challenge to keep sharp minds engaged.

On the surface, Bad North is a simple puzzle game, that gets increasingly challenging and emotional with each island you defend, resulting in an addictive strategy roguelite.

Kirstie Summers is a writer based in London, England, who takes every opportunity to blend her hobbies with her career. She has written about books, movies, art, and gaming. She has been a Nintendo fangirl for as long as she can remember and relishes any excuse to incorporate it into her work. Today, she games on Switch, PC and, until Pokémon comes to the Switch, the 3DS.
Comments
Submit a Comment