Baldur’s Gate and Baldur’s Gate II are both considered as being the standard in Dungeons and Dragons PC gaming. They have since been enhanced and released with additional content. After twenty years how well do these one-time classics still hold up?

There is a short tutorial teaching you the basics of gameplay such as how to attack, commanding characters, and learning spells. The problem with it is even once completing it I felt slightly lost. Even after a second playthrough I still felt confused. So, it didn’t feel helpful. With a game like this, a little more information would have been welcome.

When I saw Baldur’s Gate and Baldur’s Gate II Enhanced Editions pop into the review screen my mind instantly went to the PlayStation 2 hack ‘n’ slash games I loved and played back in the day. I jumped on my chance to review it. The thing is I was always told the PC versions of the game were different and better. I didn’t know how different until I started to play this version of Baldur’s Gate. To the best of my knowledge, both games follow the standard Dungeons and Dragons rules, as I have to admit I never actually played the tabletop game. 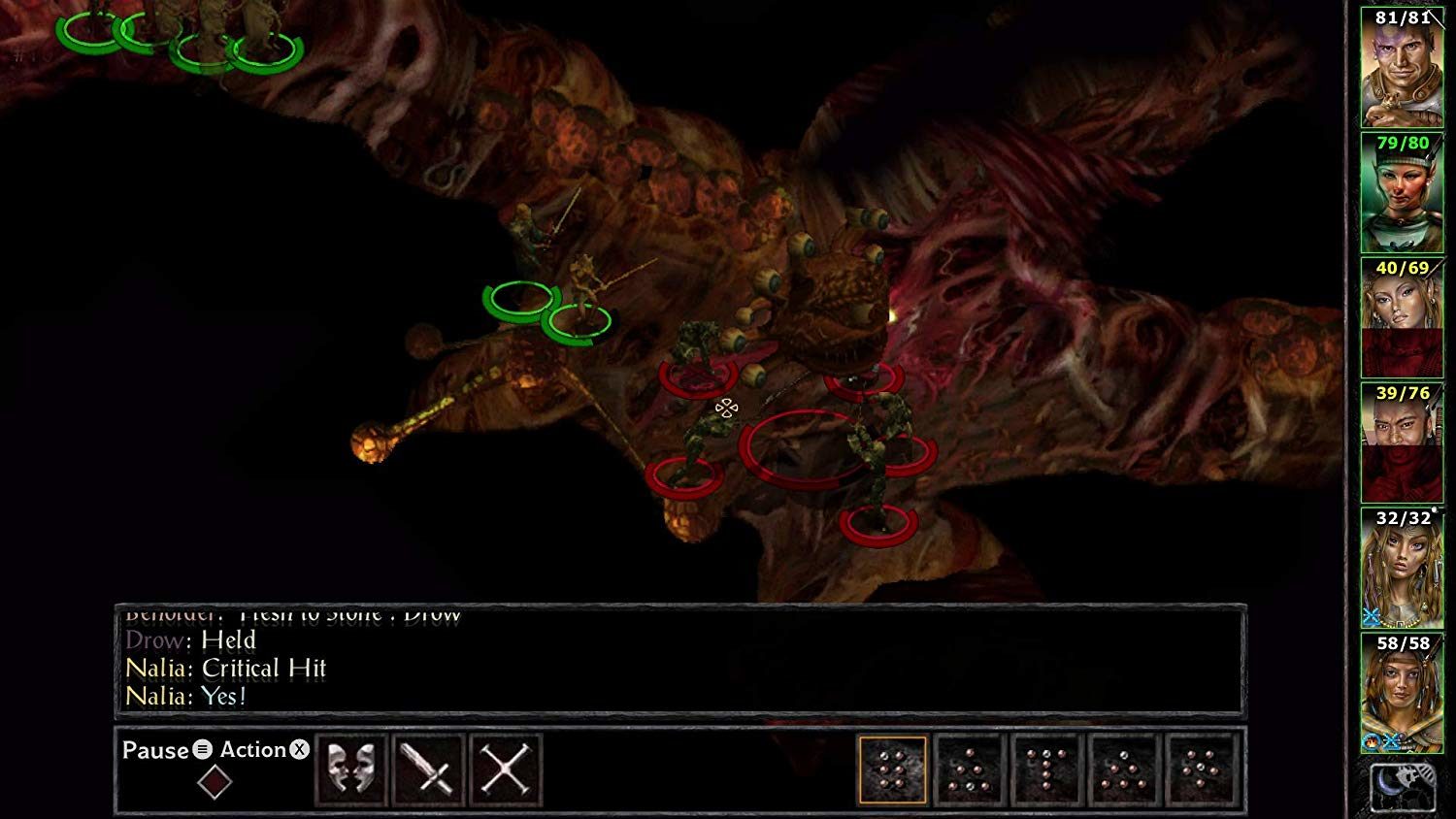 The gameplay is much like any RPG. You move your character around the maps and interact with the townspeople, guards, and anyone else you may meet. Doing so you learn of the main quest as well as side quests you can choose to take. All of your decisions have consequences. For instance, the way you talk to a villager my get different information. If you are rude it may offend them and you get no information. If you flatter them they may tell you what you want to know. It doesn’t end there – attacking or even killing a villager could cause your party’s reputation to drop.

For me, it is the battles that really stand out, as I have never experienced anything like it. Once a battle begins, the game auto pauses. It is during this time you command each character’s actions, whether it is a basic attack, casting a spell or other ability, or just running away. Once the actions have been decided, the player unpauses the game and the battle commences. The party will continue to attack as commanded until the enemy is dead or until the player pauses the game to command each unit with a new action. 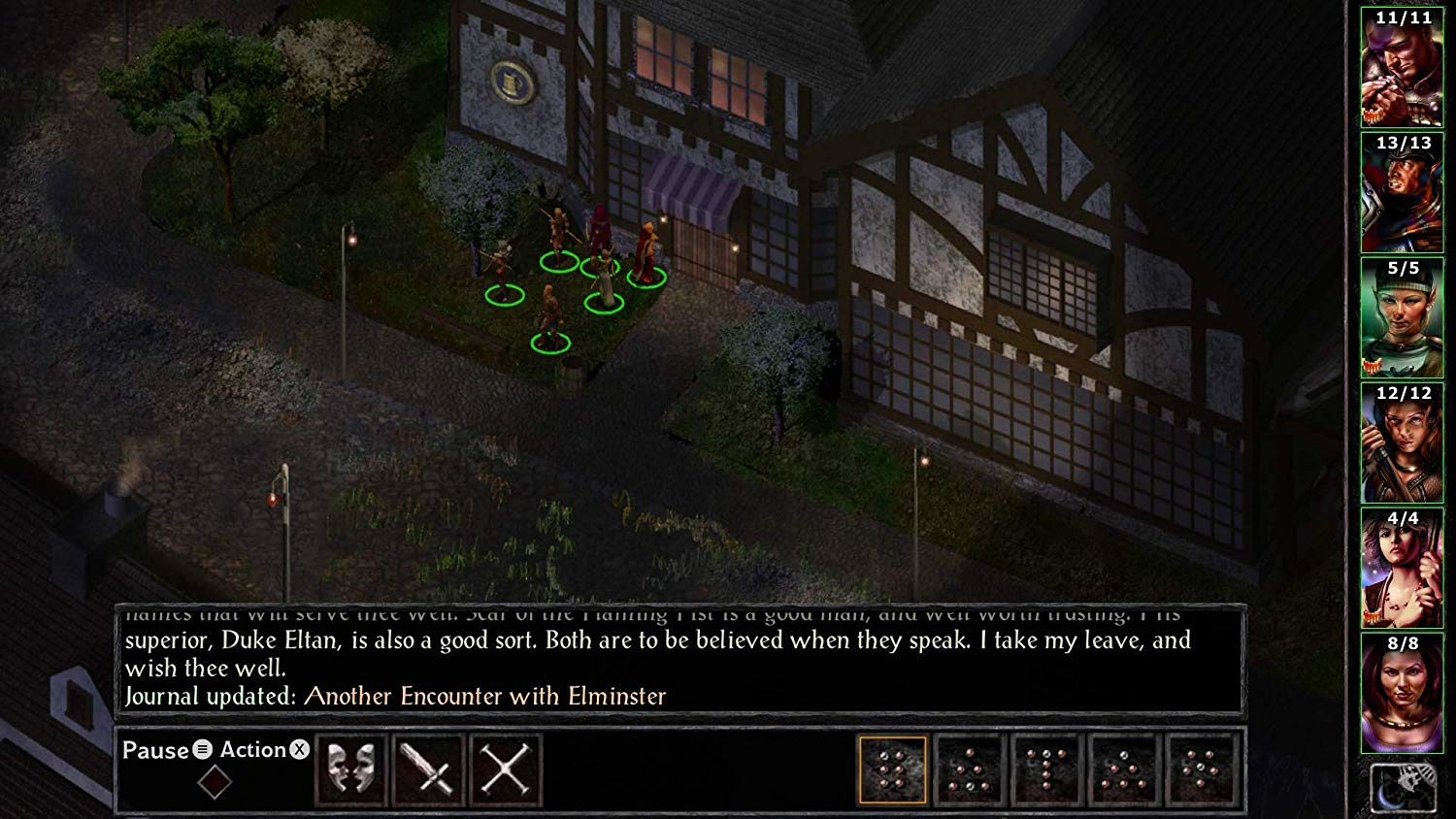 Leveling is very slow, as it is more the gear you are using that is going to get you through the battle. This was a major change for me, as leveling in most RPGs is how you gain skills. In Baldur’s Gate, it is rather from finding spells and the character being lucky enough to learn it.

Between Balder’s Gate and its sequel, there is enough gameplay here to keep you going for hours. Not to mention the addition of expansion packs for each game. Depending on the amount of time you have on your hands this could be a good or a bad thing. The great thing about it is the gameplay never really changes from game to game. So if you want you may switch between them as often as you would like. 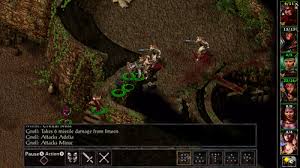 The difficulty of each game is determined by the set of rules the player sets at the beginning of the game. They range from easy where characters can not die in combat for the beginner, to insanely difficult made for the most determined player.

Baldur’s Gate and Baldur’s Gate II: Enhanced Editions, despite the age, still feel like more modern games. Aside from the massive amount of content, that alone makes this purchase worth it. The unique gameplay keeps these games interesting. The story and quest are enjoyable and worth a play. At the price of $49.99 it certainly worth considering since it has over two-hundred hours of gameplay available.

Baldur’s Gate and Baldur’s Gate II: Enhanced Editions, despite the age, still feel like more modern games. Aside from the massive amount of content, that alone makes this purchase worth it. The unique gameplay keeps these games interesting. The story and quest are enjoyable and worth a play. At the price of $49.99 it certainly worth considering since it has over two-hundred hours of gameplay available.