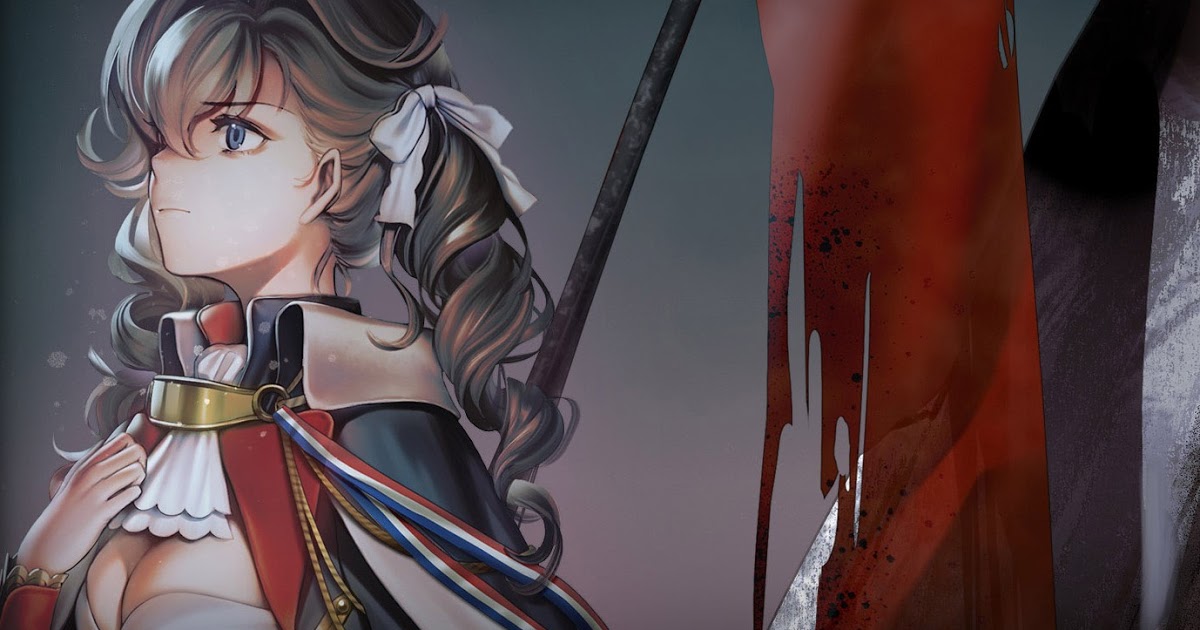 "How could I ever refuse? I feel like I win when I lose."

I never really understood the term “alternative history.” If it didn’t happen, it’s not history. That didn’t stop Azure Flame, however, from giving us their version of the French Revolution via Banner of the Maid. It may not be wholly (or even remotely) accurate, but I’ll take this version nonetheless.

Banner of the Maid is that rare turn-based strategy game that nails just about everything it sets out to accomplish. This starts with the game’s presentation, which is simultaneously retro and fresh. It helps that we have the late 18th century setting, giving us characters and scenarios that feel quite different from the fantasy worlds to which we’re accustomed. I’m sure historians and people of taste will take issue with the “alternate” mannerisms and uniforms of a few of the game’s heroes and heroines, but they fit the game’s melodramatic narrative (if not the characters themselves). 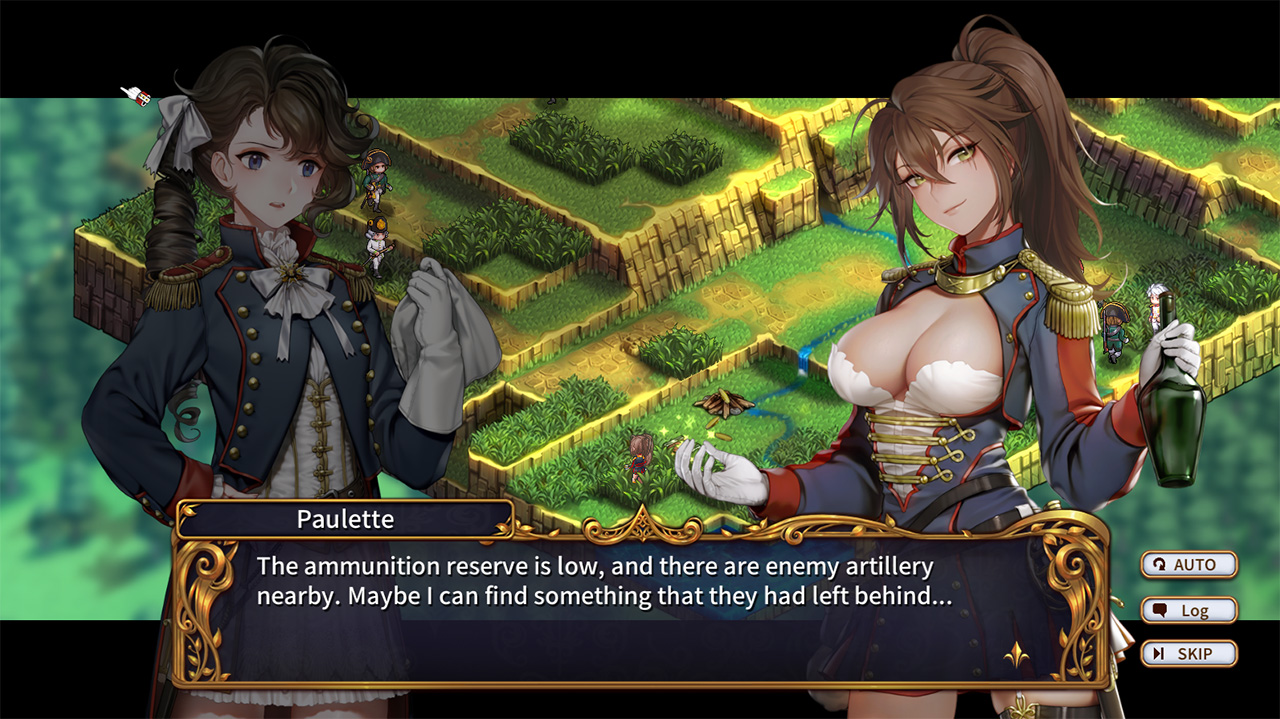 The story focuses on Napoleon Bonapart’s sister, Pauline. She’s an officer of the French Army, but she’s also a “Maid.” This small group of women carry special powers they don’t fully understand, but that they must come to master in order to achieve success on the battlefield and within the French political landscape. 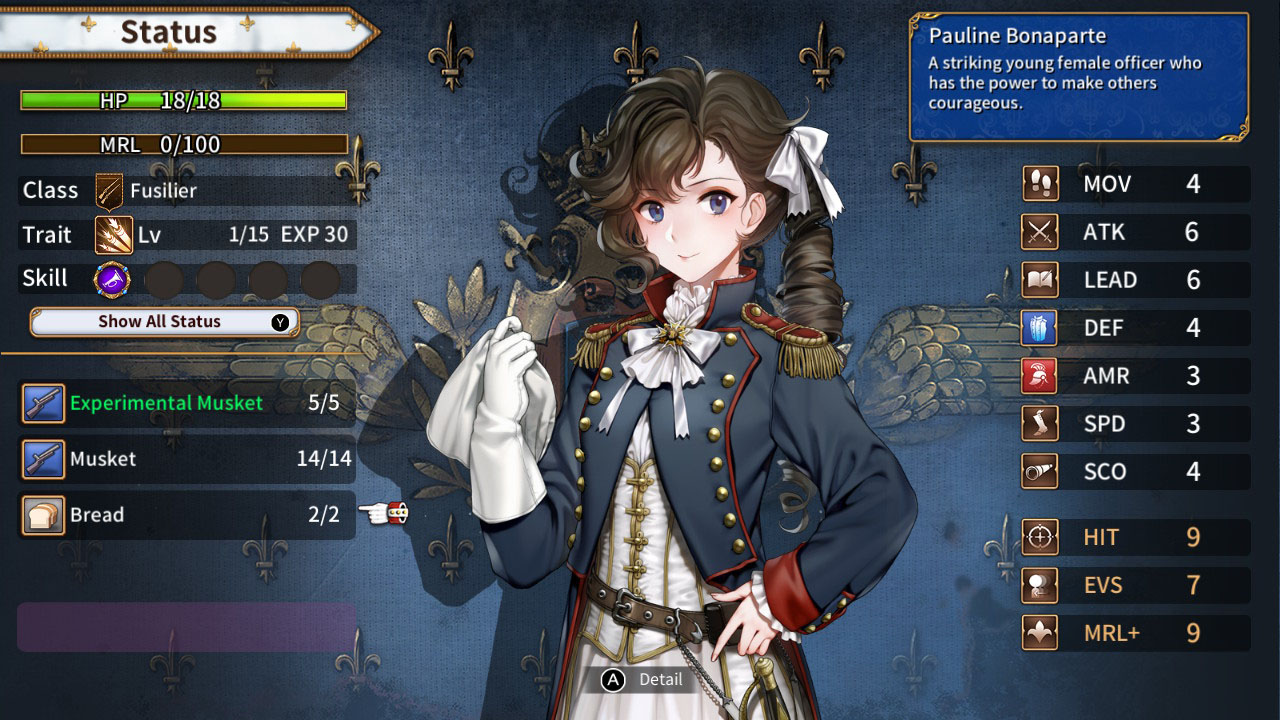 Honestly, the plot is somewhat convoluted, but it’s all handled with a nod and a wink via story segments that play out both between and during battles. Banner of the Maid harks back to the glory days of Fire Emblem in that regard, when the narrative elements didn’t interfere with the core gameplay. Yes, some of the sidequests are there just for comedic purposes (and a few are laugh-out-loud funny), but you move from battle to battle with a momentum that’s only broken up by the occasional need to grind.

Let’s talk about that for a moment, as it’s the game’s main problem. There are over 30 characters you can acquire, but they’re often introduced a few levels lower than that of the enemies you’re currently facing. And by the time you hit the game’s midway point, the battles become daunting unless you’re either significantly overpowered or some kind of tactical genius that I’m apparently not. You can tweak your soldiers with various skills and items that are either purchased or acquired automatically as you play. 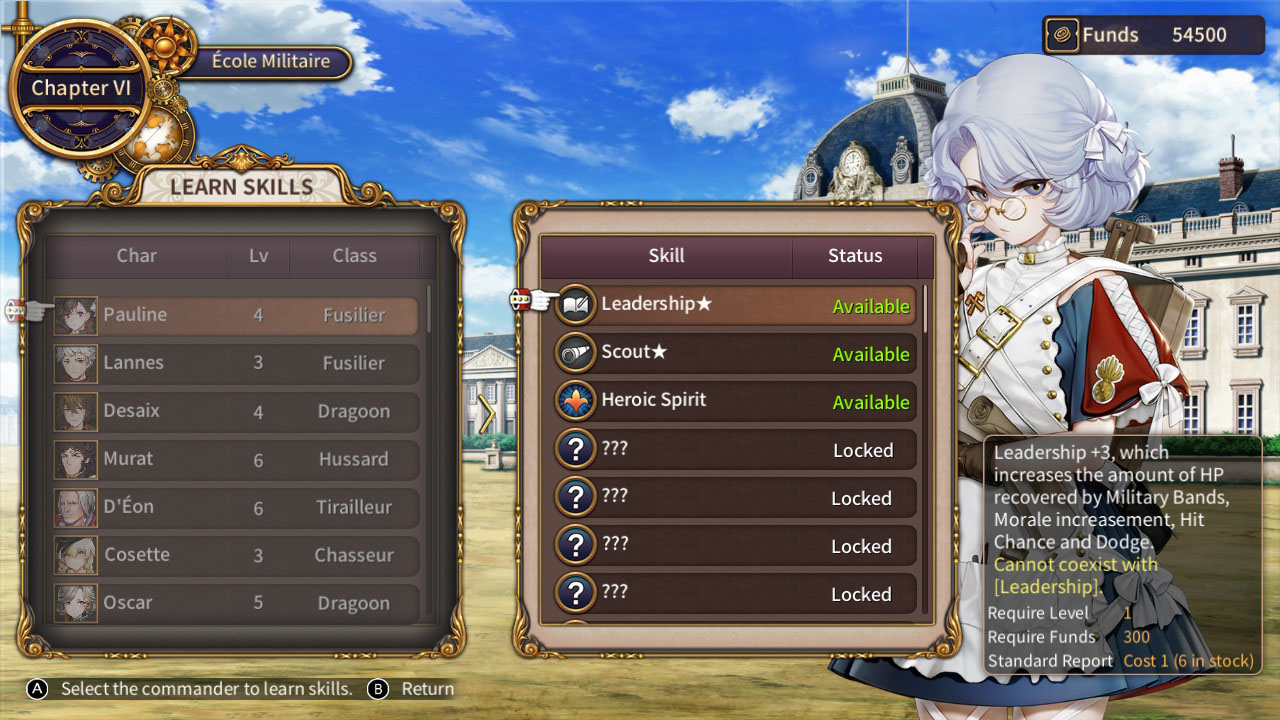 Better items are made available for purchase as you increase your relationship with the game’s various political factions, and you do get some control over how that plays out.

The best way to get the necessary funds is to win the story battles without having anyone “retreat.” There’s no permadeath here as in Fire Emblem, but defeated soldiers are gone for the duration of the battle and will cost you financially at the battle’s conclusion. You can also get rewards by achieving certain accomplishments in addition to victory, but some of these are exceptionally difficult to reach.

This leaves you with nothing to do but grind through the same repeatable quest levels over and over until your army is strong enough to push through battles unscathed for the best possible rewards. So, spread out your game saves. You may find you haven’t spent your money wisely (those croissants aren’t cheap), leaving you unable to progress. In this case, backtracking may unfortunately be required.

Thankfully, combat is a lot of fun due to the fantastic maps and the shifting strategies required to push through them. Certain types of soldiers are strong against others—infantry, skirmisher, calvary, artillery, etc.—so positioning your army for the best outcome is key. You also have to take terrain modifiers into account, and changing weather will impact the overall effectiveness of both sides. Assignable skills can overcome these modifiers. You can allow your soldiers to more easily cross through mud, to be more effective on flat terrain, etc. 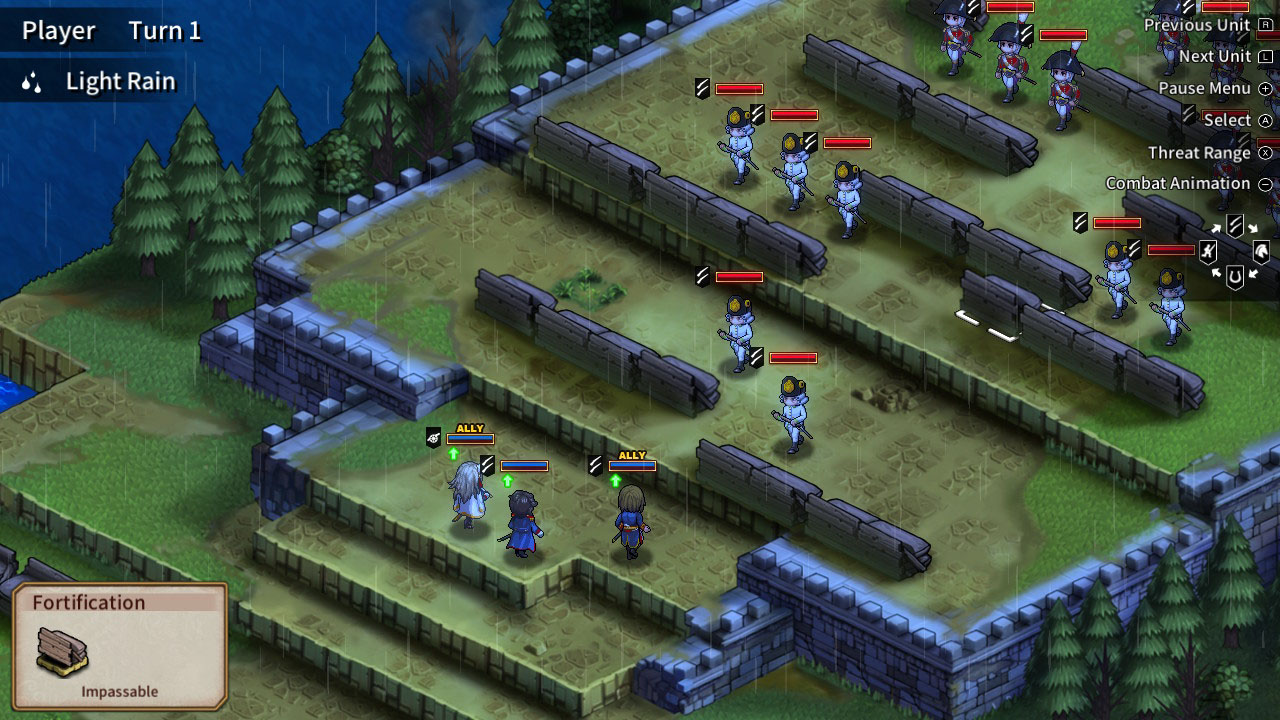 There are also some cool tricks to utilize, such as the cavalry’s ability to do more damage the further they charge into a fight. Per usual, you will get to position your entire army for attack or defense before the enemy gets to move, and you’re able to display the enemy’s reach to help you avoid attacks. I love that if reinforcements are going to appear on a map, you’ll be able to determine where by finding a set of footprints. (That won’t tell you in which round they’ll appear, however.)

All of this is presented against brightly colorful, intricately detailed isometric backdrops that become quite expansive by game’s end. The characters and maps are usually easy to make out on even the larger levels. This is important, as you don’t have the ability to rotate the maps or zoom in on the action. Banner of the Maid is playable in handheld mode, but you’ll have an easier time making everything out on your TV.

The combat animations are also unique in that they’re presented as line formation battles, with your commander leading the charge. They become repetitive, and you can easily turn them off, but they’re short enough that they don’t really slow things down. Plus, you can improve your Chinese by hearing and repeating their commands throughout the game, even if you have no idea what they’re saying. A particular phrase from Aimée has already become a permanent fixture of the Hiner family vernacular. 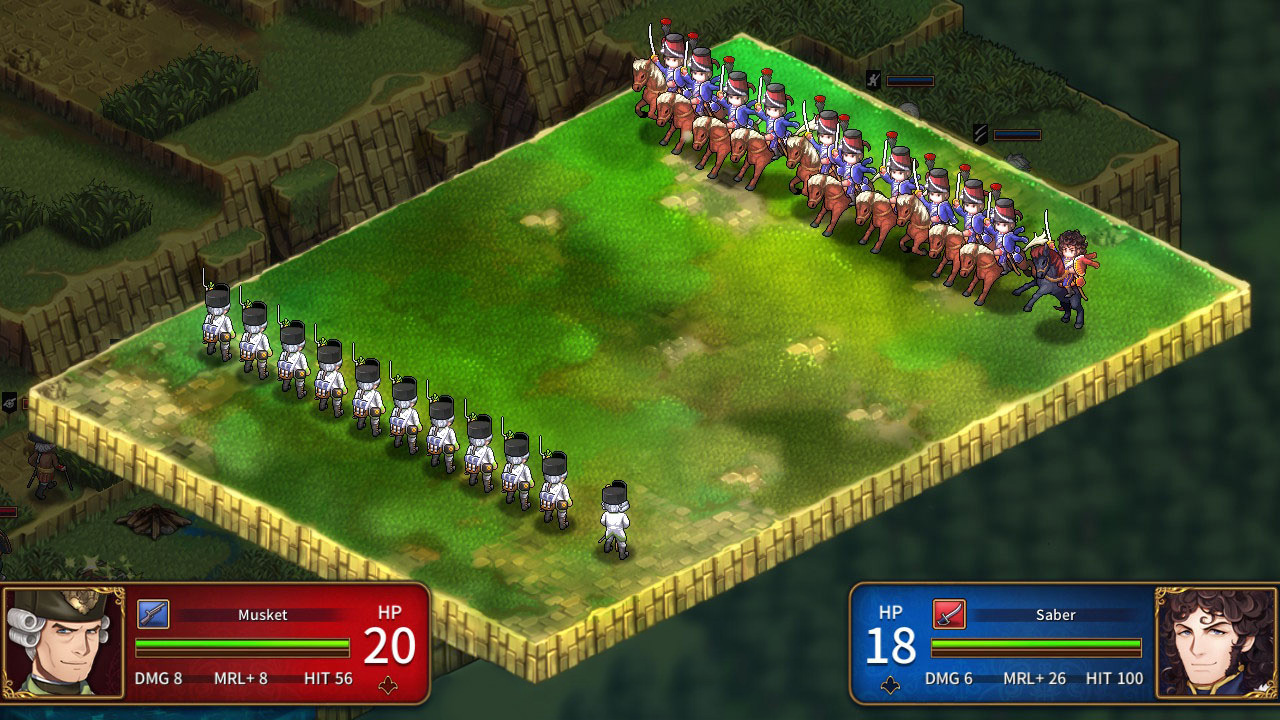 And as a tangent, where else but in video games can you get a Bavarian character in a Japanese RPG whose broken “French” is spoken in Chinese and subtitled in English, and yet the comedy of her inability to grasp the language totally works?

Now that I think about, that’s emblematic of this entire game. There’s a lot going on here—familiar and new—and the results could have easily been a mess. But CE-Asia pulled it altogether into a nearly perfect package. The story and characters are entertaining, the battles are challenging and rewarding (albeit brutally unfair on occasion), the graphics and artwork are lively and fun, and the overall experience is highly addictive. It’ll be over before you want it to be, but hopefully the DLC currently available for the PC version will soon arrive on the Switch. The PR rep who provided us with the review code said there’s currently “no news” on when that may happen. But if we do have to wait, there are plenty of online tips available for your New Game+ challenge runs.

Banner of the Maid is a highly unique entry in the shoulder-to-shoulder “thin red line” of turn-based JRPGs available for Nintendo Switch. Its alternate take on the French Revolution provides a wonderful backdrop for some of the best strategic gameplay I’ve experienced since Fire Emblem: Radiant Dawn. Vive la France!