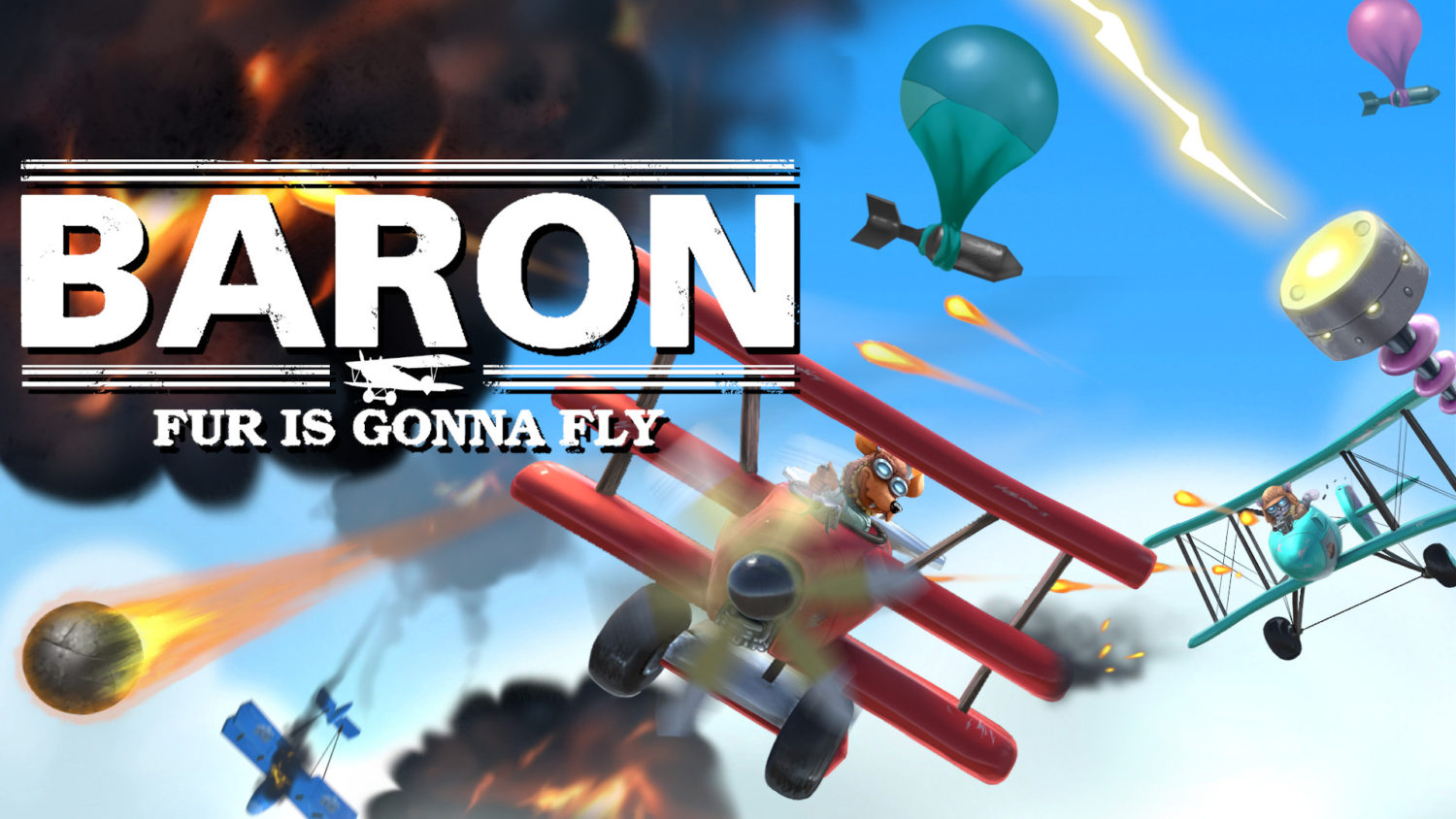 Those magnificent mammals in their flying machines.

What a pleasant surprise is Baron: Fur is Gonna Fly. I expected this aerial combat party game to be little more than a temporary time killer. What I got instead is a game that’s so focused on fun and so dedicated to its theme that it just begs to be experienced with others…once we’re able to do so again, anyway.

I’m going to date myself here, but Baron: Fur is Gonna Fly is very much a modern take on the Bi-Planes component of Triple Action for the Intellivision. And by “modern take” I mean “prettier and with more gameplay options.” The basic gist is that you and up to seven other players fly WWI-era biplanes around the screen trying to shoot each other down. 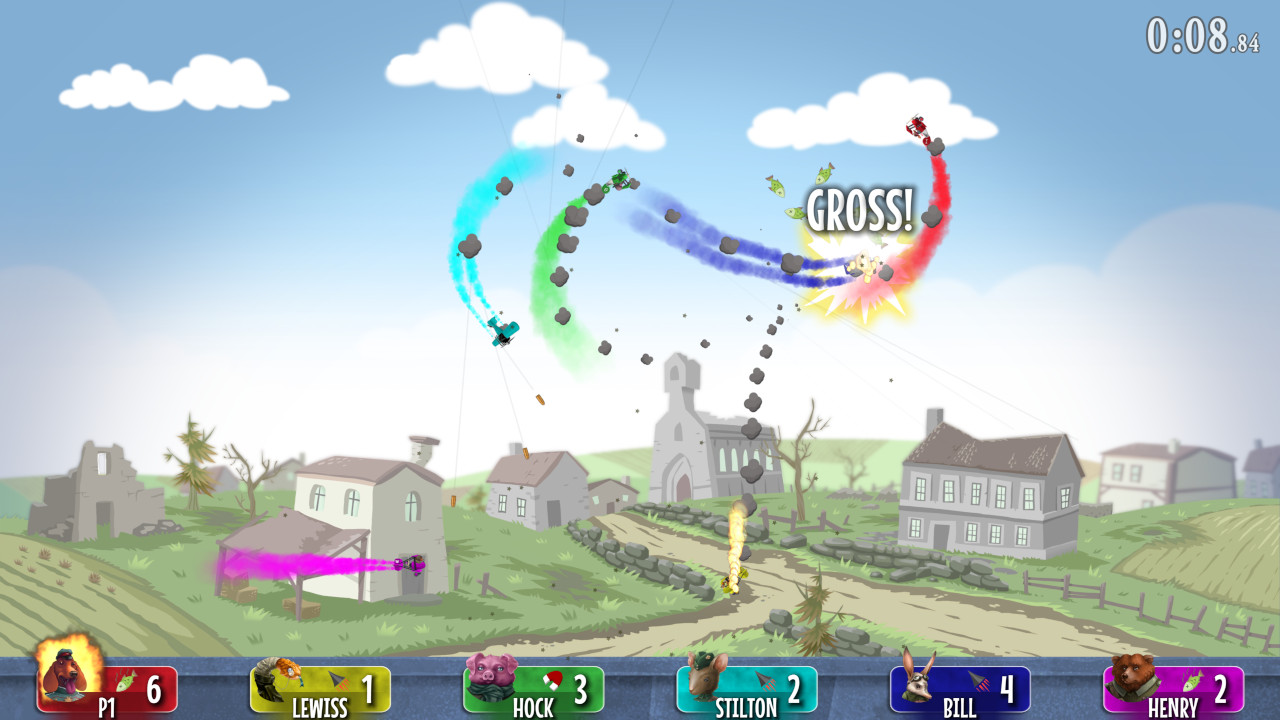 Although you can’t fly above the screen and you crash if you hit the ground at the bottom, you reappear at the opposite side if you fly past the edge. As such, the combat area doesn’t feel too cramped with all those planes in the air…provided you’re not attempting this game in Handheld or Tabletop mode.

Each pilot gets an unlimited number of bullets to use along with a special weapon that slowly replenishes after use. The special weapons include everything from magnets to balloon bombs to anvils, all of which greatly accent the cartoon-like approach to the graphics and the action. Depending upon the mode you play, your airplane and weapons can be improved between rounds: durability, speed of repair, climb rate, etc. Because the plane selection will determine your capabilities at the start, these enhancements are a good way to compensate for shortcomings or increase your plane’s initial strengths.

The planes, however, aren’t the main attraction here. That honor goes to the pilots and, more specifically, their songs. There are eight pilots from which to choose, each of whom is a whimsical cartoon character animal: Mittens the cat, Baron von Fluffe-Botte the dog, Major Henry the bear, etc. 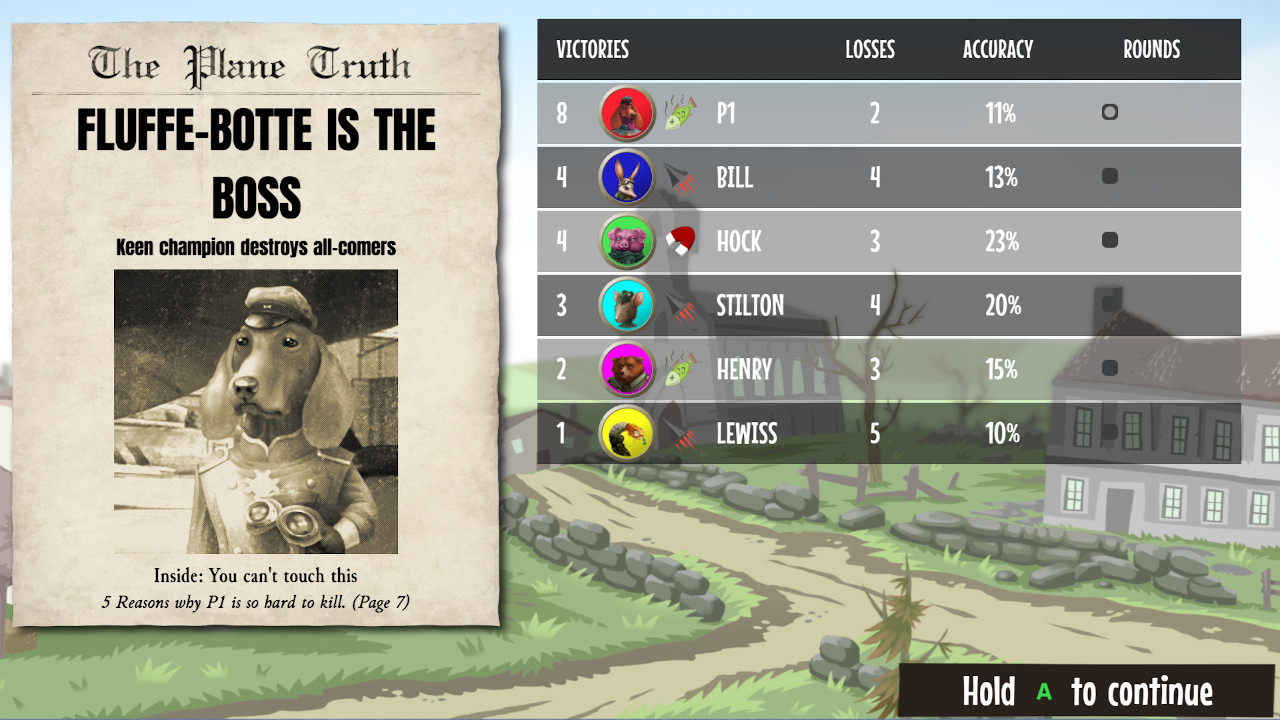 Their storybook-style illustrations give them plenty of character, but it’s their piano-based theme songs that really win the day. Each character has his/her own Monty Pythonesque jingle that plays during the dogfights and after a victory. They all sound great and most are very funny, and the developers were smart enough to allow you to listen to them separately, complete with printed lyrics. Lieutenant Lewiss was not my favorite pilot, but I think he does have the best song.

Of course, no number of fun songs, clever taunts and comical news headlines (pay attention to them) would carry a game if the action wasn’t entertaining, but it absolutely is. The main battle mode is a frenzy of bullets pushed by well-designed airplanes that are very respnonsive and quite easy to fly. Gravity may come into play more than you’d like, but the ability to outmaneuver your opponents is not relegated to experts here. The more players you have, in fact, the more the victories will end up attributed to luck instead of skill no matter how many aeronautical tricks you master. 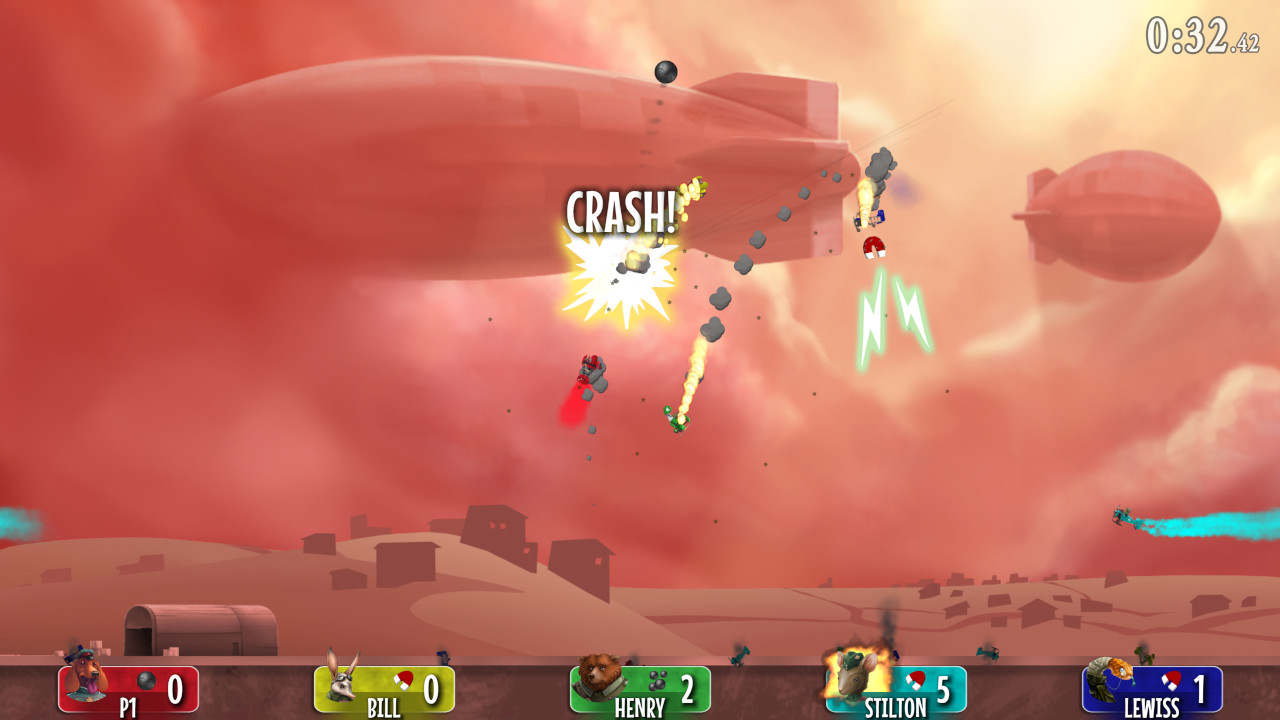 There’s a training mode to help you with this very thing, and it’s also a good way to learn how to best utilize the special attacks. You also have the option to fight through a Sheep Attack alone or with another pilot, working together to take on a varying array of attacks.

It’s a pity that Baron: Fur is Gonna Fly doesn’t have online multiplayer, but maybe some of the fun would be lost if you couldn’t share the skies with those around you. Repetitiveness does set in after a while, too; the combat doesn’t really grow after a few playthroughs. 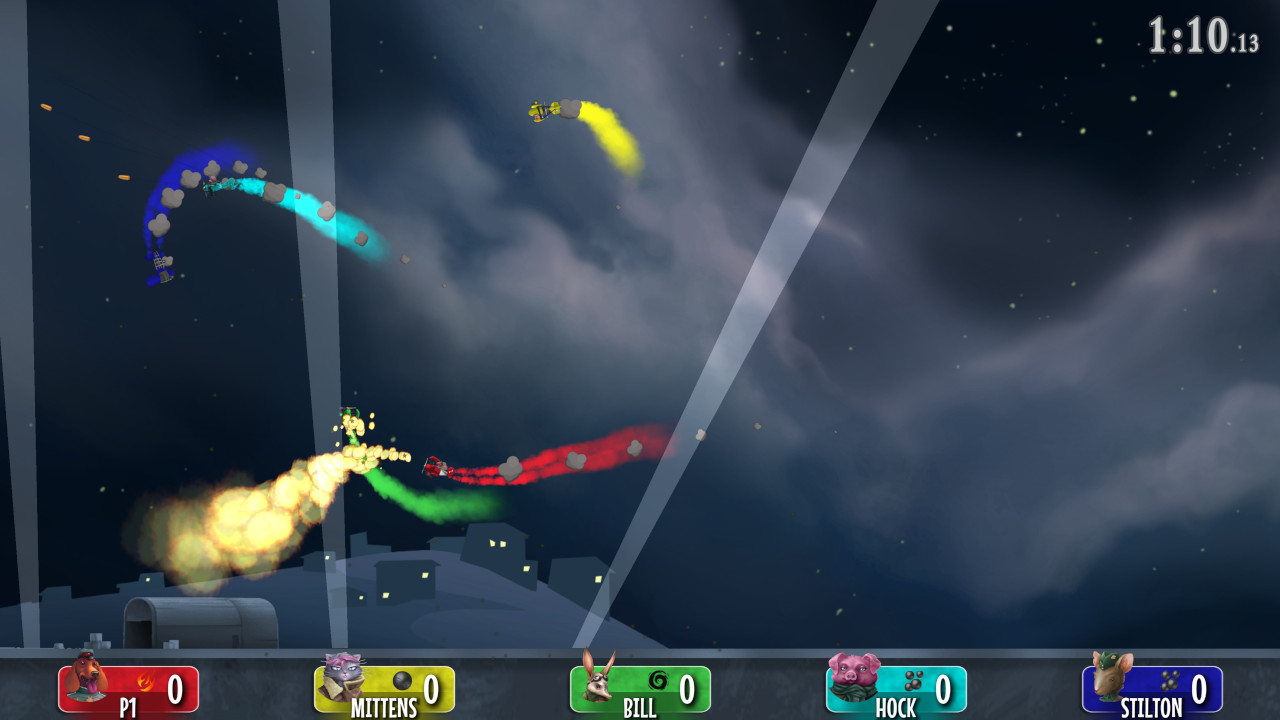 It’s not a game you’ll go to frequently after the initial thrill wears off, but you’ll keep it safely stored in the hangar, firing it up every time you and your friends/family need a good laugh and some crazy, multiplayer combat action.

Baron: Fur is Gonna Fly is a clever, comical, completely accessible combat game that’ll appeal to arcade action fans of any age level. Gameplay is tight, the characters are engaging, and the music is simply outstanding. The Royal Guardsmen would definitely be proud…even if Snoopy himself is called out here.