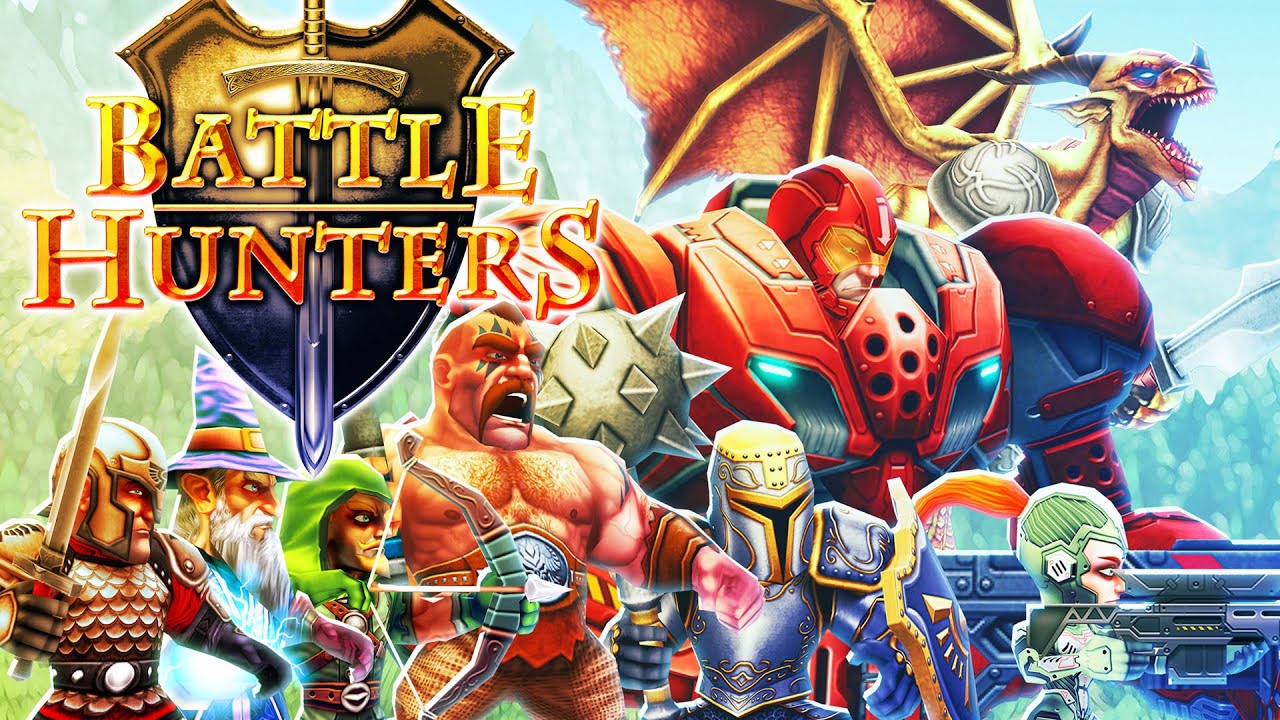 I love RPGs, and they have always been a part of my life ever since I was a child. I remember playing Final Fantasy VI most of my young days, and that love evolved into other titles such as Legend of Dragoon and the Dragon Quest series. But Battle Hunters is an RPG that is different from these titles because of the linear feeling, a massive cast of throw-away characters, and a pretty simple narrative. While this sounds bad for an RPG, I actually enjoyed this streamlined take on the genre.

Battle Hunters has a pretty straightforward plot that consists of your starting character being told there is great evil in the land, and he needs to set out to stop it. This is a pretty simple premise, but it echoes throughout the story and gives urgency to the tasks you have to perform to get to the end of the game. 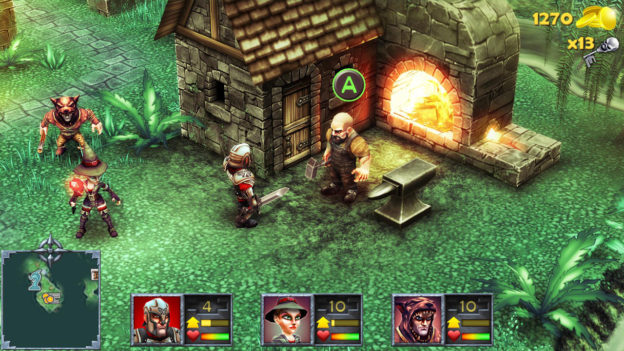 There are a ton of characters you can ask to join your party, ranging from swordsmen to a futuristic man in a mech suit. While this does sound like it could have fun side stories, these characters are one-note people who pretty much just become drones to throw out on the field as opposed to well-written characters. While I did not enjoy that these characters are not interesting, there are a lot of them, which is great for building strategies for different enemy types.

Gameplay can be broken down into two main categories, walking around to find the proper objects and battle. Battles start simple enough by sending your characters out to fight an enemy where you watch the fight until your foes are vanquished. You find out quickly that you need to consider your team’s placement, when to use a skill, or which party members you should select before going into a fight. I found this combat to be difficult yet rewarding because while battles are mostly spread out – being tied to dungeons or trying to progress the story – they did provide a decent challenge and usually pay out a decent amount of experience. 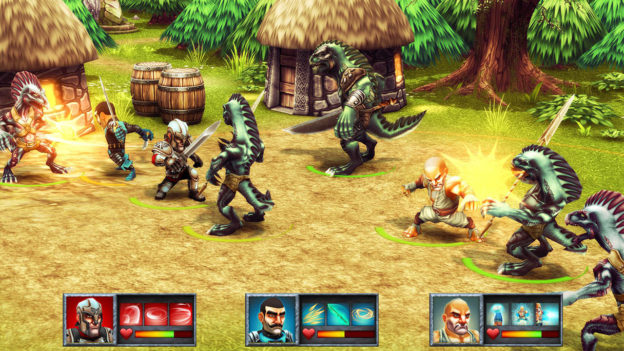 The other side of this gameplay loop is exploring the map. This map is linear with deviations to find new items and characters. You will never go too far off the beaten path because the game is always pushing you towards the end goal of getting to the end so you can fight evil. While I usually do not care for an RPG to be this linear, it works well under these particular circumstances.

In the end, I enjoyed Battle Hunters. There’s a lot of strategy in combat, and the world is designed to not deviate from the path due to the urgency of the situation. Despite not enjoying the cast of wooden characters, I did think this game was truly worth my time. If you like RPGs and just want some fun combat, give it a try.

Battle Hunters is a great RPG that uses the urgency of its plot to create a focused gameplay loop that focuses on fairly strategic combat using a wide array of characters that were mostly throwaway pawns.