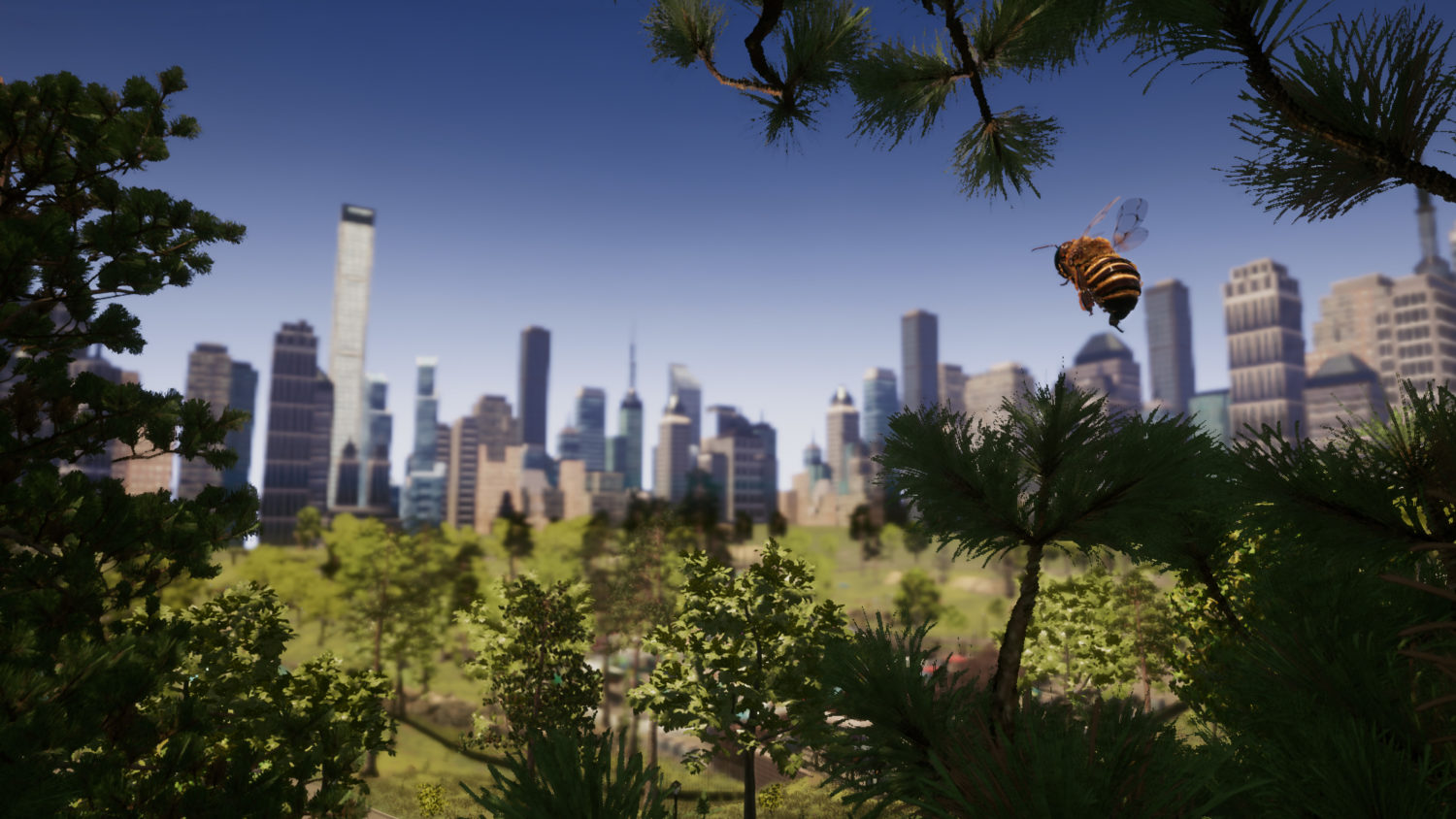 No bee puns, I promise.

I’ll let you know right away that I’m a bit disappointed by Bee Simulator. That’s partially because I’m a grown adult and partially because they didn’t nail down one of the core mechanics of the game. I’ll expand on both of these points in a bit. First, let’s learn about the game and find out why you may still want to get it. 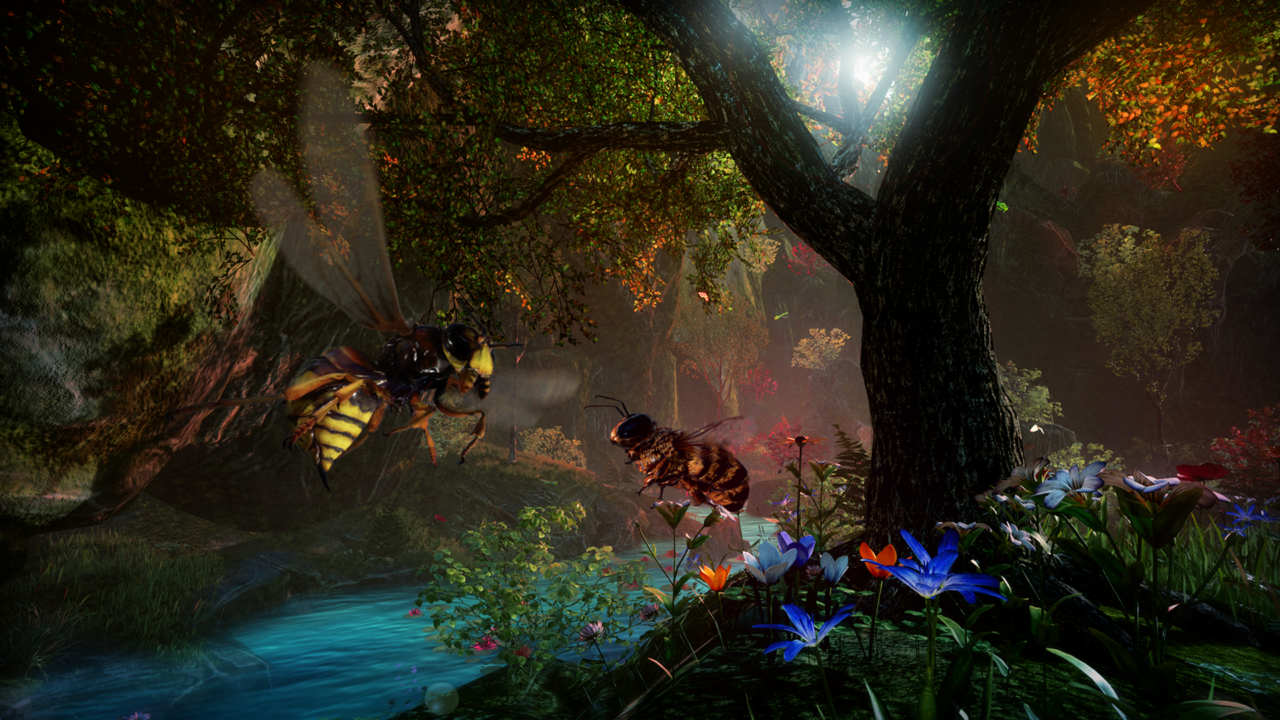 Bee Simulator places you in the role of a single bee as you live out a life of servitude to the queen. In fact, it begins with your emergence from your pupal stage when another friendly bee welcomes you to the hive and takes you through a quick tutorial: flying, bee vision, etc. You then meet the queen, you’re assigned your role, and off you go. Well, after a bit of education about bees and important warnings about how we need to stop killing them, thank you.

Once you’re out of the hive, the game settles into a series of missions that mostly see you exploring the environment and collecting nectar. You do this by flying through rings above various sources of pollen, often using your bee vision to make sure you’re gathering the right type (color). The bee vision helps you find the pollen sources by isolating their color against flattened backgrounds, but you’ll need to swap back to normal vision frequently to avoid obstacles and get any sense of depth. You can’t carry a whole lot of pollen, unfortunately, so you’ll need to make frequent trips back to the hive or a nest to drop it off. 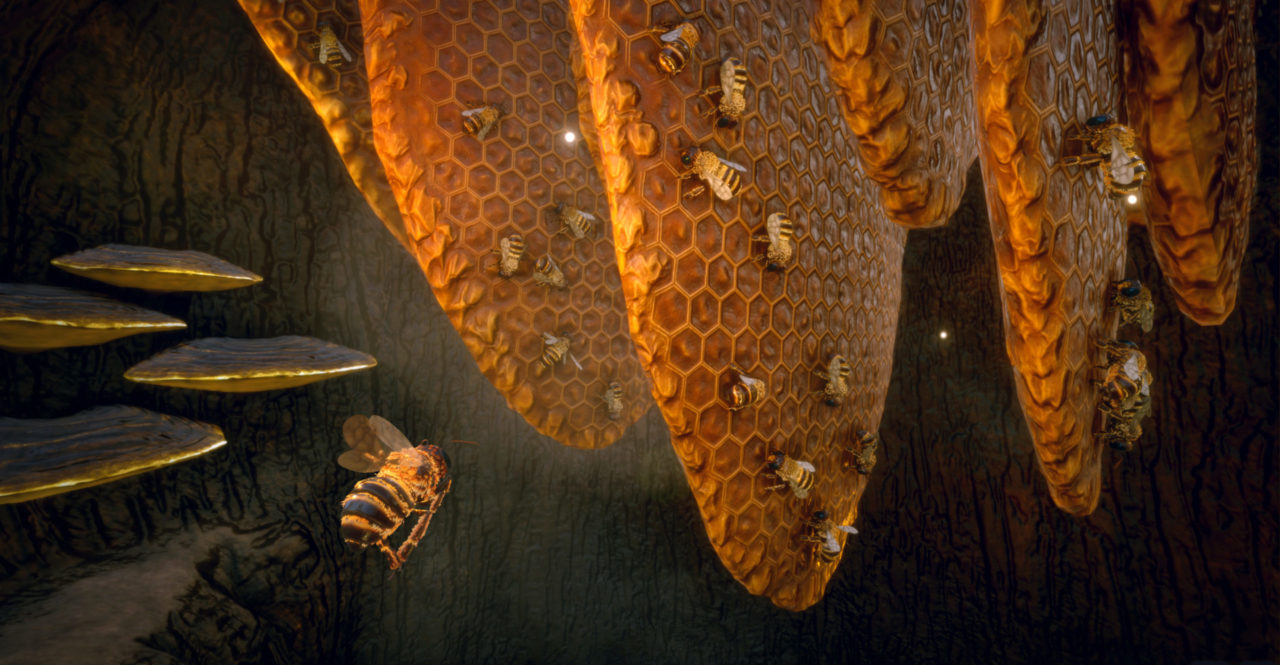 You’ll also engage other insects in some simple, time-based combat (click the proper button when instructed), perform in a rhythm-based dancing game to instruct other bees on how to find new sources of nectar, and race through checkpoints for various reasons. There’s plenty to do and find, all of it within an area styled after Central Park in NYC, but with fewer pretzel carts and more dilapidated mills, if memory serves. 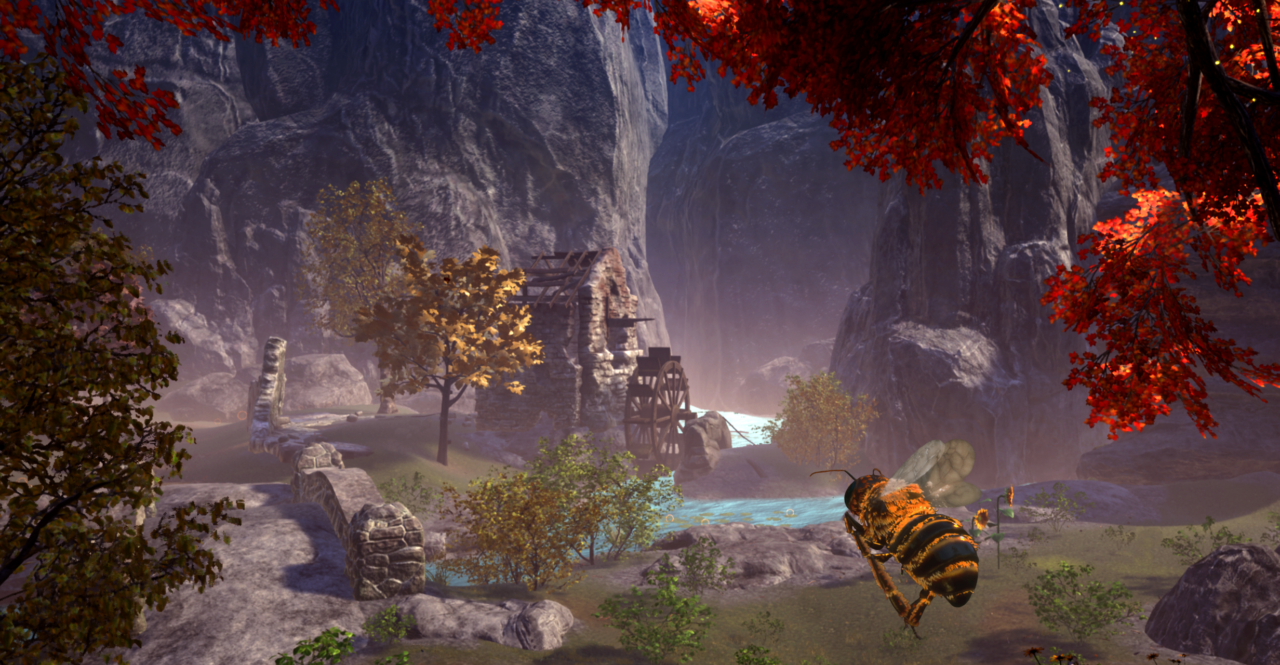 Accurate or not, the game’s environment is its highlight, as exploring a park as a bee on a nice, sunny day is surprisingly enjoyable…or would be if flying was more fun.

This brings me to my first complaint: flying mechanics. Left, right, up and down should’ve been handled entirely with the left stick on your Joy-Con, arcade-style. Instead, altitude is controlled with the ZL and ZR buttons, and banking left and right is completely unnatural. It feels more like you’ve got the bee on the end of a long stick. When you turn, your eyes stay fixed on the bee’s abdomen as it slowly swings out in front of you. This makes tight flying difficult as it requires you to stop moving to take a quick turn or dive. That becomes extremely annoying when you’re trying to hit timed checkpoints in the flying mini-games, be they in the solo campaign or multiplayer options. These races are, therefore, a surprisingly mean turn considering the rest of the game is so friendly and relaxing. 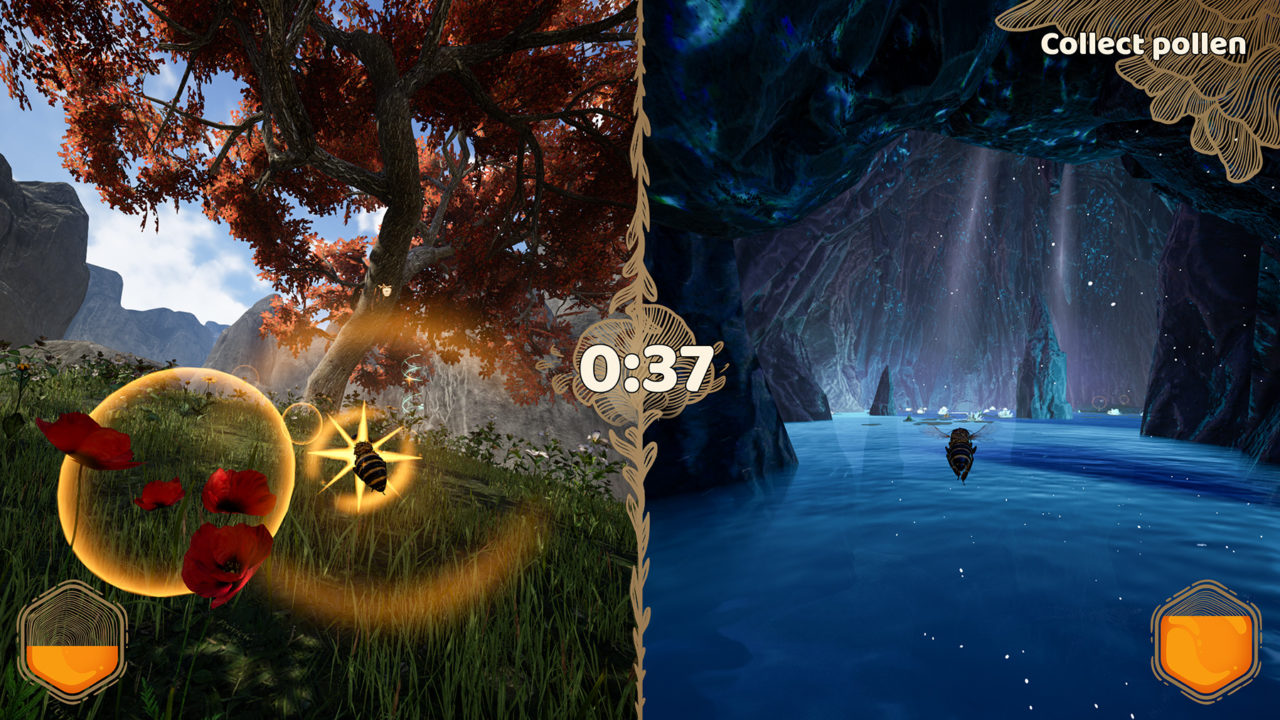 Speaking of friendly, that’s my second and less substantial complaint. The bee characters you meet throughout the game are all voiced as if Bee Simulator is meant specifically for five-year-olds. You know how kindergarten teachers sound when they’re reading fairy tales to their students and they adopt different voices for different characters? That’s what the actors here sound like here. All of them. If this were a kids’ game, that’d be fine, but the flying mechanic here is definitely not intended for young children.

Also, you can’t sting people. I get why, of course. Bee Simulator is quite effective at endearing the gamer to our anthophilia friends and educating us about their importance to our environment and lives, and that would all be undermined by the ability to ruin a child’s sunny day with intense pain and facial swelling. Plus, one sting and it’d be game over for you. But that still didn’t stop me from diving at random people with glee, only to be waved away with some minorly panicked simlish.

Bee Simulator is not a long game, and it would be even shorter if you didn’t have to replay the racing mini-games a dozen times. More missions would be pretty repetitive, so I understand why the developers cut it off after a few hours. I would like to see, however, more rewards for open exploration—achievements to unlock and hidden items to uncover. Considering the game’s nice visual detail, excellent soundtrack, and outstanding ambient effects, just flying around the park could have been reason enough to play it. Instead, it’s a game you’re likely not going to bother with once you complete it, provided you didn’t quit out of aeronautical anger before getting there.

Bee Simulator’s flying mechanics will frustrate younger gamers, and its grade-school level presentation will turn away adults. If you’re able to find some happy ground between the two of them, however, it’s a thoughtful, educational, and fun way to live out the life of a bee.