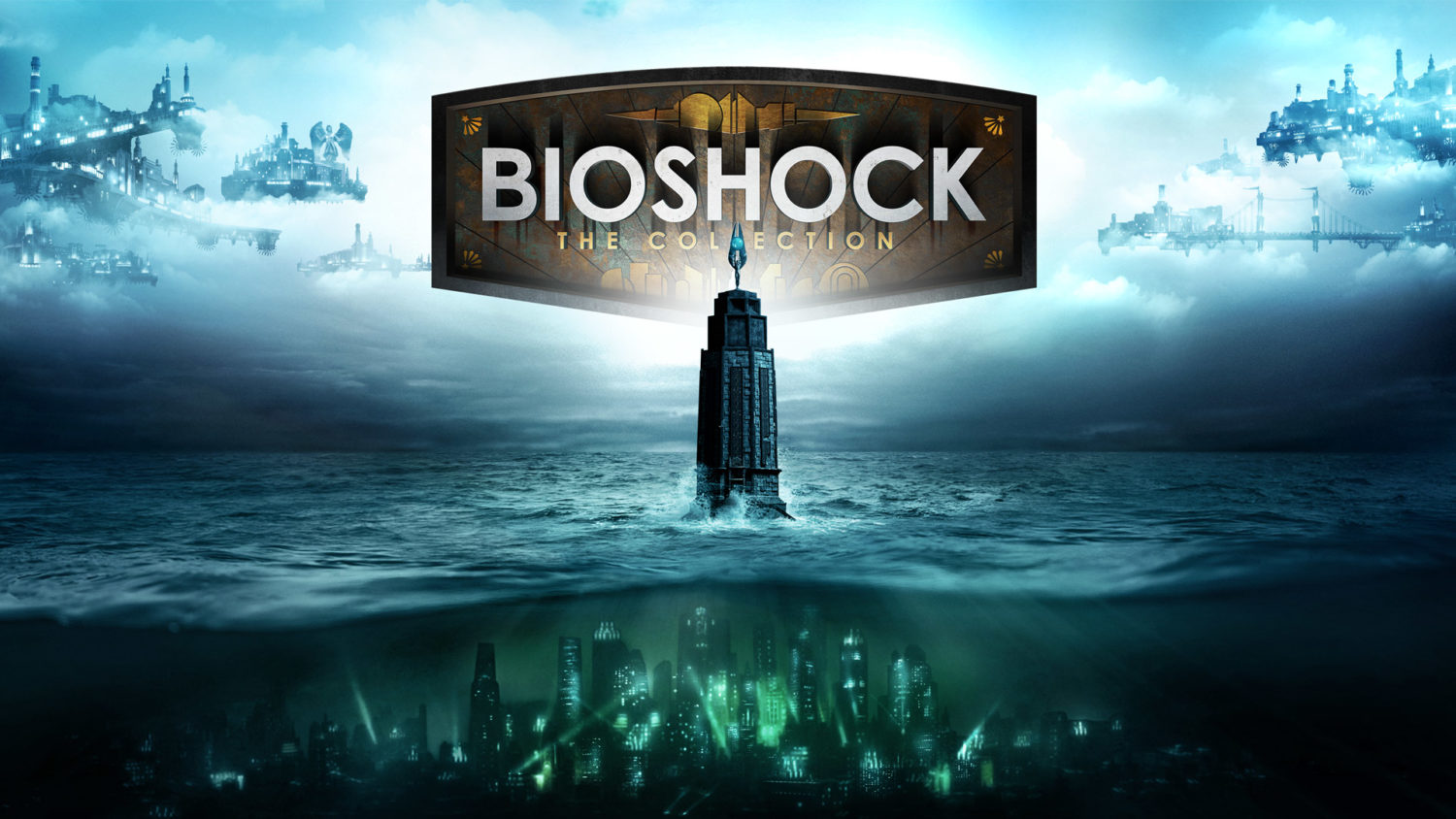 The BioShock game series is loved by many with the first BioShock releasing in 2007 and BioShock Infinite releasing in 2013. Not one of the games ever came to a Nintendo console until the recent release of BioShock: The Collection. Was the wait worth it for Nintendo fans?

I will be honest, I rarely play first-person shooters. In fact the FPS I probably spent the most time within my life is Zero Tolerance for the Sega Genesis and TimeSplitters 1 and 2 for the PlayStation 2. I have heard many good things about the BioShock series over the years and wondered if it lived up to the hype.

BioShock is set in the 1960s. Players take control of Jack, the only survivor of a plane crash that goes down in the Atlantic Ocean. He swims to a nearby lighthouse, which, to his surprise, underneath it is a bathysphere that hosts an underwater city, known as Rapture. Upon entering the town, Jack is contacted by radio from a man known as Atlas, who explains he needs Jack’s help to save his family. In return, he will help Jack survive.

Atlas explains that Rapture was created by Andrew Ryan, who wanted to build a dream city for society’s rich to live outside of government control. Ryan discovers a substance created by sea slugs known as “ADAM.” ADAM allows users to alter DNA to give them super strength, telekinesis, and pyrokinesis powers. To protect his city and discovery, Ryan made a law stating that no contact with the surface world was allowed. Apparently, no one ever told Ryan that with great power comes great responsibility, because ADAM is what drives the people of Rapture insane. BioShock 2 takes place a few years after the original BioShock. Rapture is now under the control of Sophia Lamb. She has plans to repurpose Rapture for more sinister ideas than that of the original founder, Andrew Ryan. And it is your job to stop her. BioShock Infinite takes place in the floating city of Columbia, founded by a self-proclaimed prophet Zachary Hale Comstock, who’s more of a cult leader. Players take control of Booker Dewitt; he owes some debts. To be clear of his debt, he has to go to Columbia and save a girl named Elizabeth, who has been held captive in Colombia since childhood. Upon arrival in Columbia, Booker is seen as the antichrist. He must fight his way through Zachary’s followers to save Elizabeth. 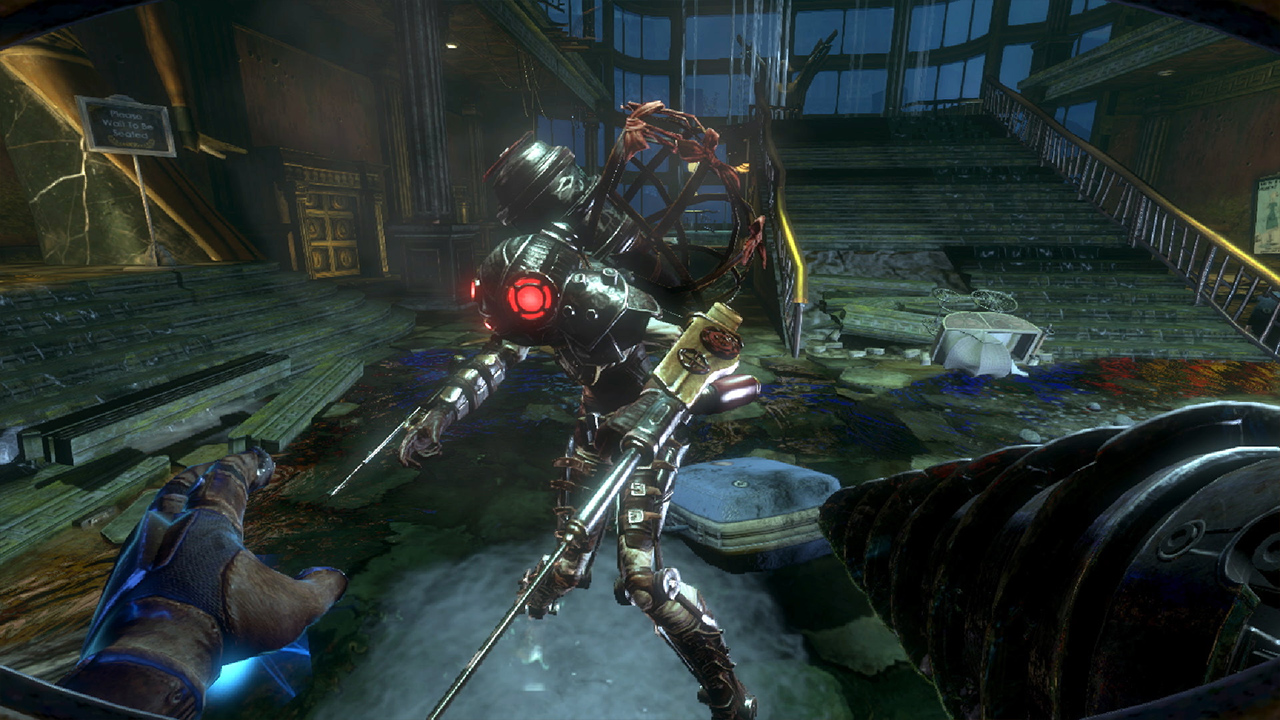 I really liked that all three games offered a singleplayer narrative rather than focusing on online play things like deathmatches or even battle-royale style games. It is one of the things that has turned me away from titles such as Call of Duty and Overwatch. All three of the BioShock games had a strong narrative and kept the game going. I have to say although there was a vast variety of weapons to use, I liked the melee attacks the most. Not to mention the “superpowers,” or as they are known in BioShock 1 and 2, Plasmids, and in BioShock Infinite, Vigors. They allow players to shoot electricity, fire, and other abilities. It was a great innovation to make it stand out from the crowd of FPS games. 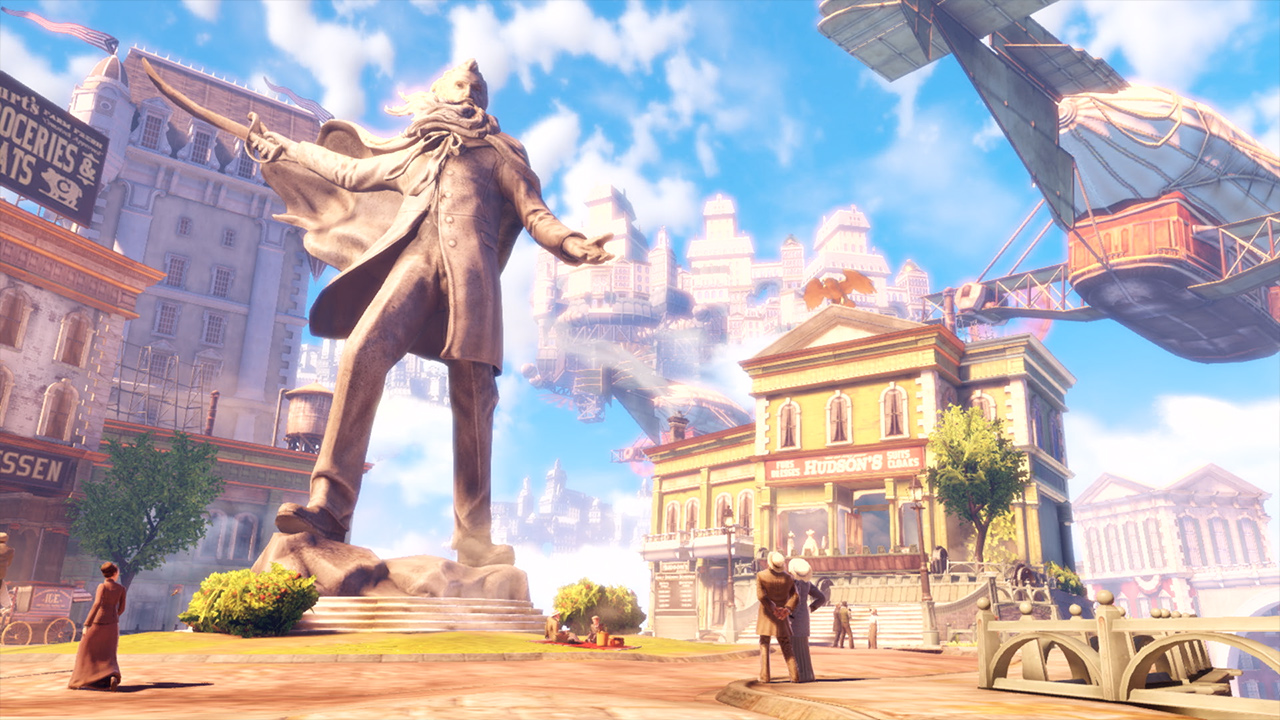 Although all three games are great, I have to say my favorite was Bioshock Infinite. I enjoyed the storyline as well as the gameplay. Like most sequels to games, it takes what has already been established and adds more to the idea. Something I feel BioShock Infinite did well. It felt more smooth playing than the other two games in the series, which makes sense since it is the newest. I also liked being able to leap between buildings and attack the enemy while landing.

I played all three games, both docked and in handheld mode. I never once noticed any slowdown or other issues with the graphics and gameplay; it all ran smoothly. One thing to keep in mind is the total collection amount of space is 46GB. Although there is an option to download each game separately, which can save you space on your MicroSD card.

If you are like me and have never played a BioShock game before, I highly recommend picking up this collection. If you played one of these games or even all of them on another console, it is still an excellent collection on the Switch. Since you get all three games and their DLC I think it is well worth the asking price of $49.99.

If you are like me and have never played a BioShock game before, I highly recommend picking up this collection. If you played one of these games or even all of them on another console, it is still an excellent collection on the Switch. Since you get all three games and their DLC, I think it is well worth the asking price of $49.99. 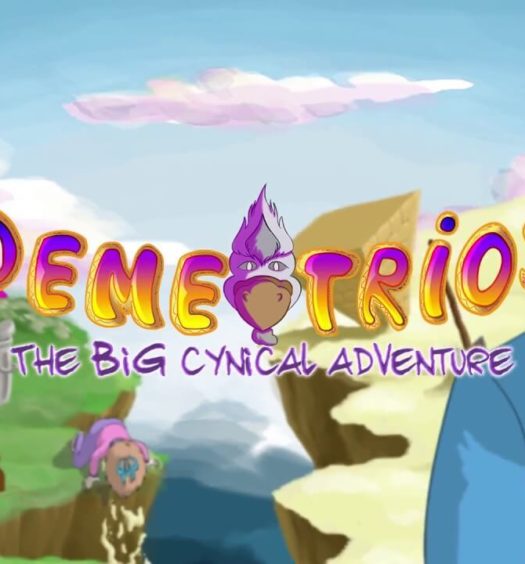 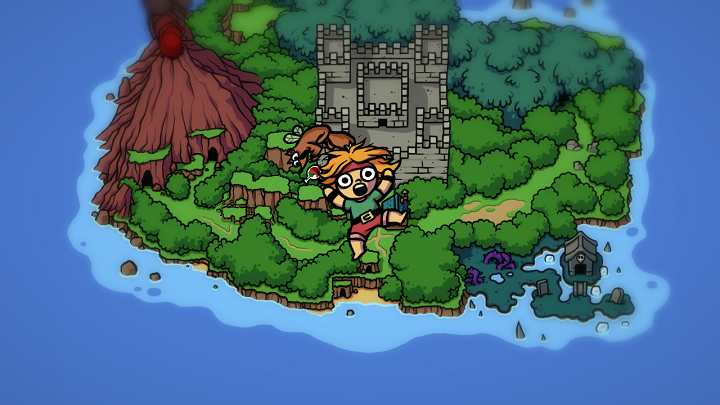