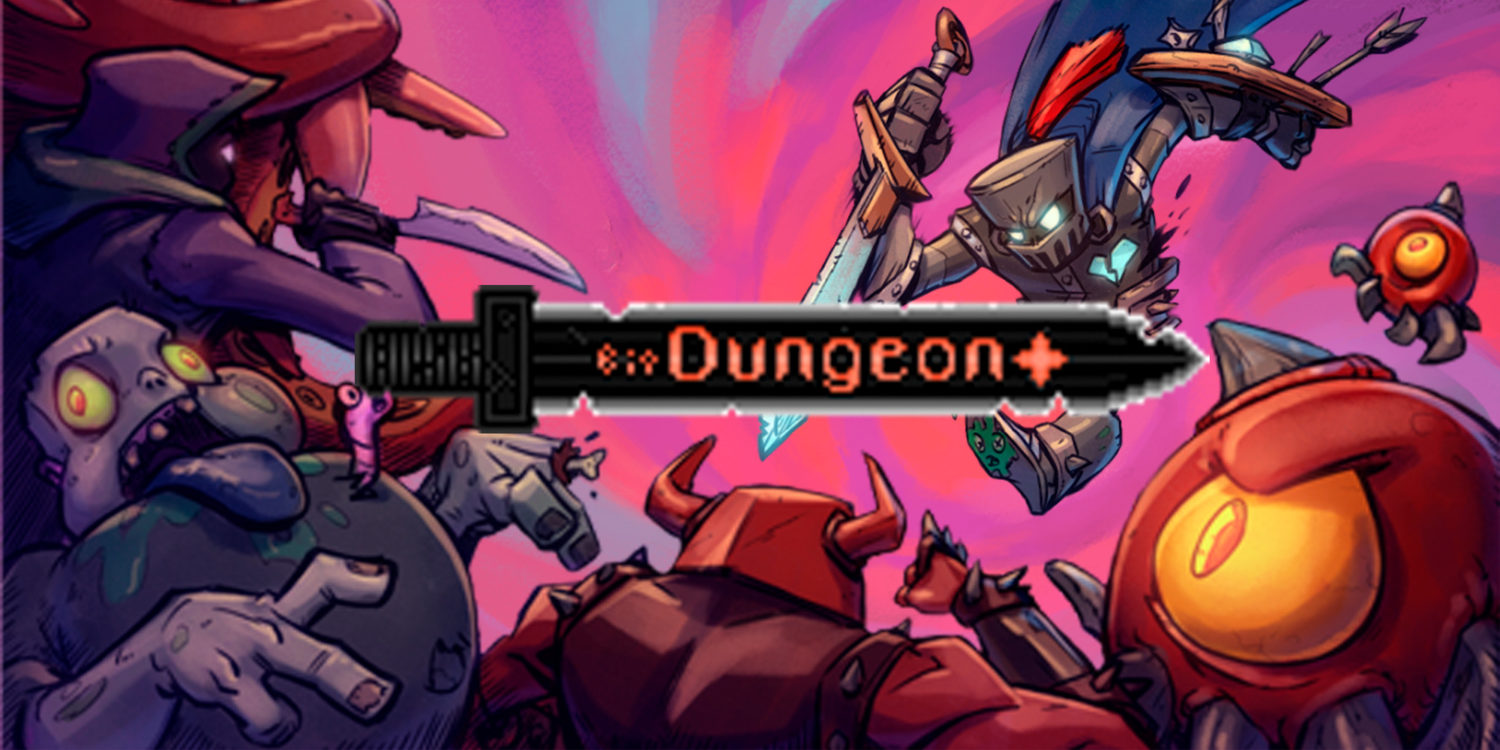 Bit Dungeon+ is a randomized dungeon crawler, with levels of single-screen rooms full of enemies to slay. The style is reminiscent of the original The Legend of Zelda, with multiple pathways on the way to find a boss room.

I’ll start out by saying that I enjoyed this game, despite its simplicity and a few flaws. I’m a big fan of The Legend of Zelda on NES – it was one of the first games I ever played as a kid – so there is a slight nostalgic value to this game for me. It’s a simple game – there’s no backstory or introduction of any kind, just straight into your first dungeon. A brief tutorial gives the gist of the four controls, and the first three are relatively obvious – attack with your sword, block with your shield, or attack with magic. The fourth is a handy tool, though really only useful for Off-TV play, since it toggles a map overlay on your screen, showing the path you’ve taken and your current position.

The goal of the game is to find the boss room, defeat the giant boss dwelling within, and move to the next dungeon. It’s not endless, though I was sadly unable to complete the final level due to a glitch, which I’ll explain later. There’s also the Babel Tower mode, which isn’t described but seems to be the same randomized dungeon concept, with a time limit.

There is a little strategy involved, since you often find treasure chests full of weapons and armour to boost your stats. There’s also a hidden room per level with items for sale. A lot of dead-end rooms provide a bonus stat boost once cleared, where you can choose between +5 for your attack, health or critical rate. Tip – I found a higher critical rate to be quite effective.

Once you rid a screen of enemies, a key appears that allows movement to the next room. Sometimes you’ll have to choose a path, but you can go back to revisit previous rooms. It’s a nice touch that, when you revisit a room, the remains of your fallen enemies are still there. In fact, some sort of demon dogs are also there, eating rotting corpses. The hounds notice you and attack, but are easy to fell and tend to drop health refills – so it’s a good idea to top up before visiting that giant boss. 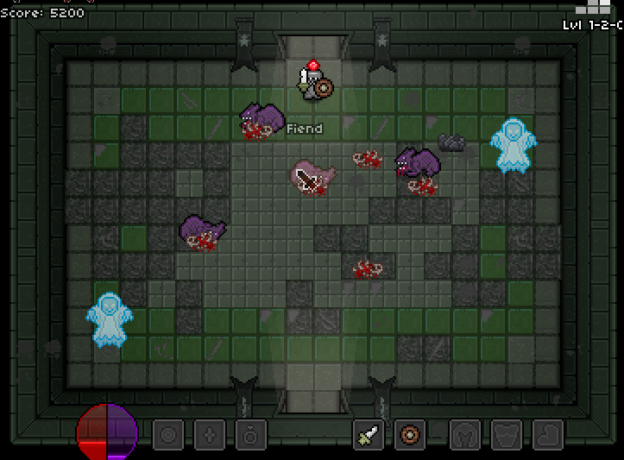 I love the demon dogs for some reason!

I really like the visual style of the game, with 16-bit retro graphics providing colorful sprites and dungeons. Each dungeon level is themed with a unique style too, from an alien style to a more techno vibe. The giant bosses are particularly noteworthy and remind me of those oversized bosses in Yoshi’s Island – they’re almost comically big. Another little touch is the bloody footprints your character leaves behind as he walks around the room after slaying a monster. It’s little additions like these that make the game feel much fuller than a simple dungeon crawler. 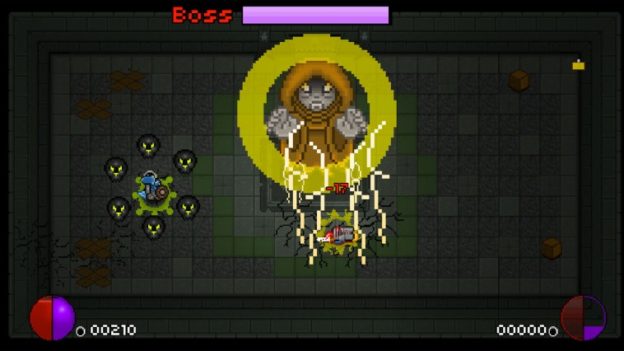 This giant boss reminds me of the Emperor…

Now let’s talk about those issues I mentioned. Firstly, the background music cuts out intermittently, usually after returning to the menu and starting a new game. The only solution seems to be completely exiting the game and restarting. It’s an odd issue, though the music itself isn’t exactly a highlight anyway. The fast-paced, retro dungeon mix suits the game well enough, and other sound effects are adequate but scarce. There’s really not much going on besides sword slashes, arrow twangs and treasure collections. It’s eerily quiet when the background music switches off.

The biggest glitch though is when you occasionally clear a room only to be left without a key, and therefore no exit. You’re essentially trapped, and even quitting then returning to that level from your save point doesn’t clear the bug – it’s a bit frustrating and it happened more than once unfortunately.

There are other things that could enhance the game greatly. As I said, there’s no story – I don’t even know my character’s name. This would have been a nice inclusion, since there’s no real motivation to rescue your love or save the world. I’d also like to see more variety in the weapons, like a bow and arrow. Adding more details like these to the game – and fixing those bugs – would almost make this game an essential purchase. As it is, it’s still a blast, and at $6 the price is just right. If you’re into retro-style dungeon crawlers, this is absolutely worth a try.

There are some flaws, but for $6, there’s plenty of old-school, dungeon-crawling fun to be had.