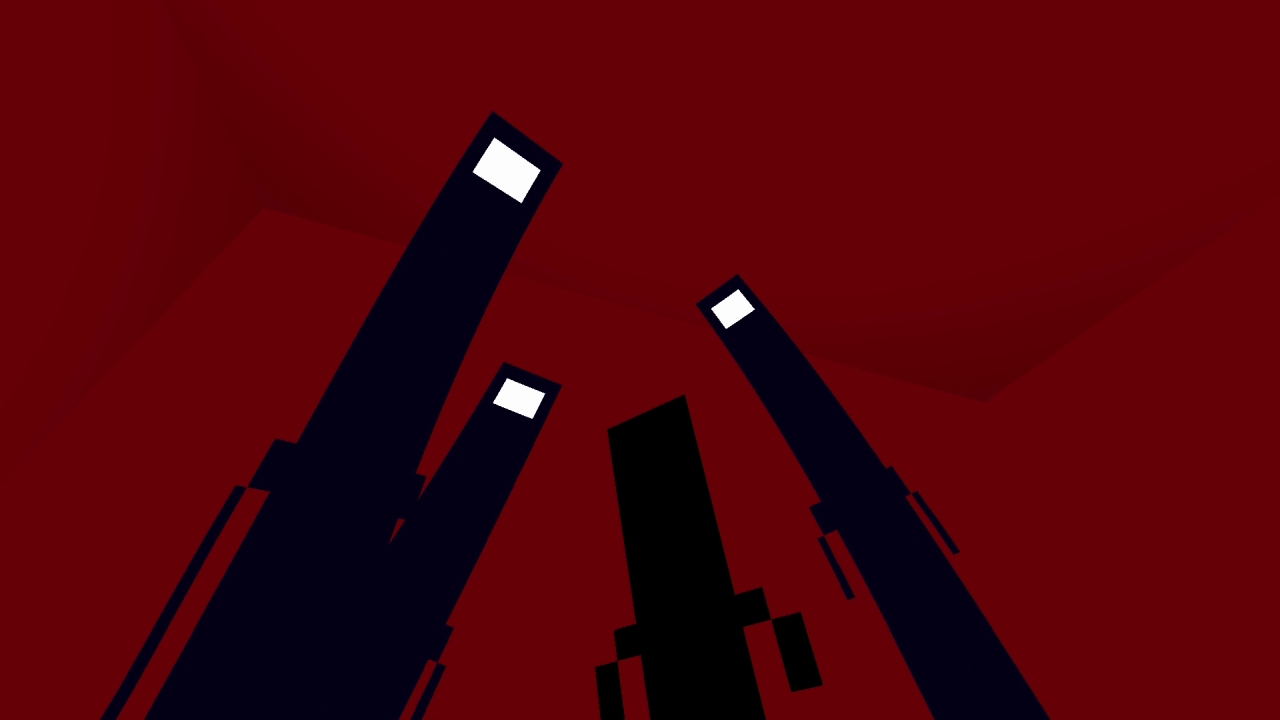 To TRIP it up and down.

BIT.TRIP CORE is completely comfortable with what it is. Although it was originally released for the Nintendo Wii in 2009, the game’s nucleus could’ve existed on the Atari 2600 if rhythm games had been a thing back then.

And I’m not selling it short by comparing it to early ’80s technology. As I mentioned, BIT.TRIP CORE revels in its minimalism. There’s a bit of a story provided—completely without text or dialogue—but it quickly makes way for a very engaging but frustratingly difficult test of rhythm and reflexes. 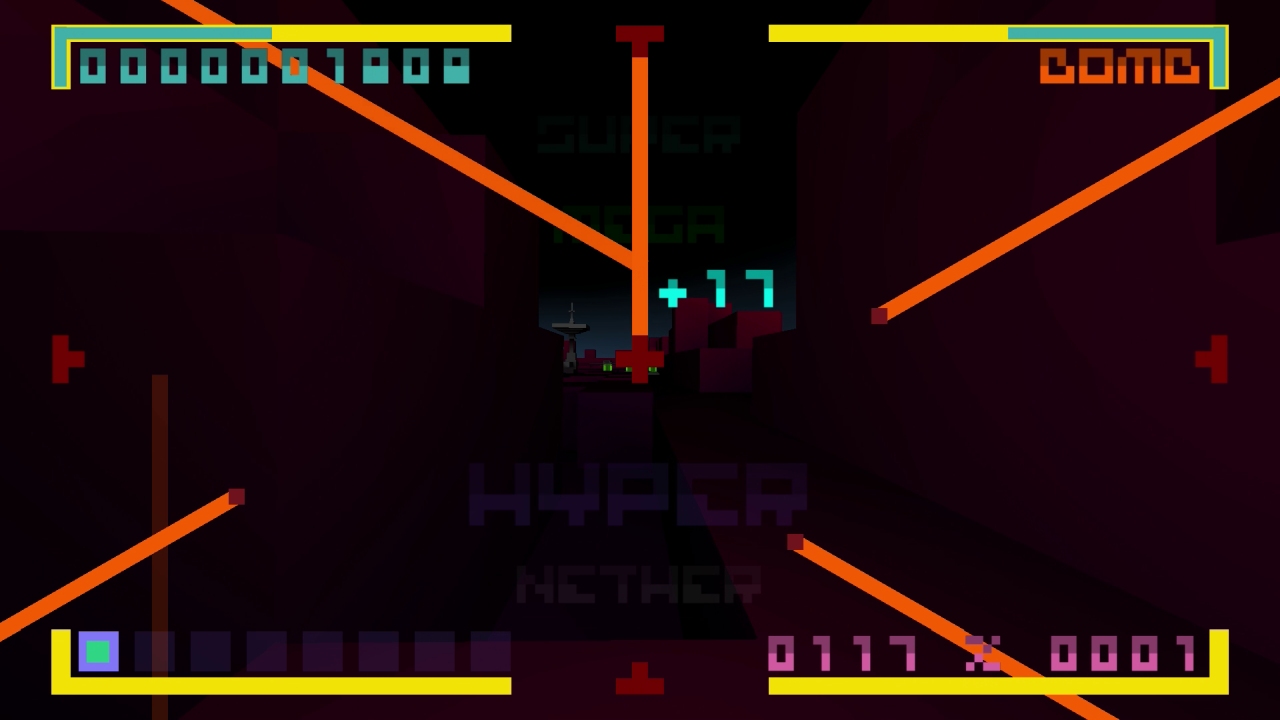 Gameplay centers around the “+” in the middle of the screen. Colorful dots (or “beats”) slide onto the screen from various directions, and you must fire lasers from the “+” (up, down, left, and right) to intercept them. This is done to the beat of the chiptune music that is an integral part of the overall experience.

BIT.TRIP CORE wastes no time in ramping up the difficulty. Being able to process everything on the screen and time your shots accordingly is an immense challenge. It’s also quite exhilarating when you’re locked in, but I found that if I missed one or two, I’d end up missing a dozen trying to get back in sync.

Staying in sync is key, however, because getting multiple beats in a row opens up Mega and Super modes. These intensify the graphics and music, both of which help build the experience and provide an additional rush as you move further into the level. Miss too many beats, on the other hand, and you fall backward into a simple black and white screen with very basic music. If you continue to miss from this mode, the game will end. 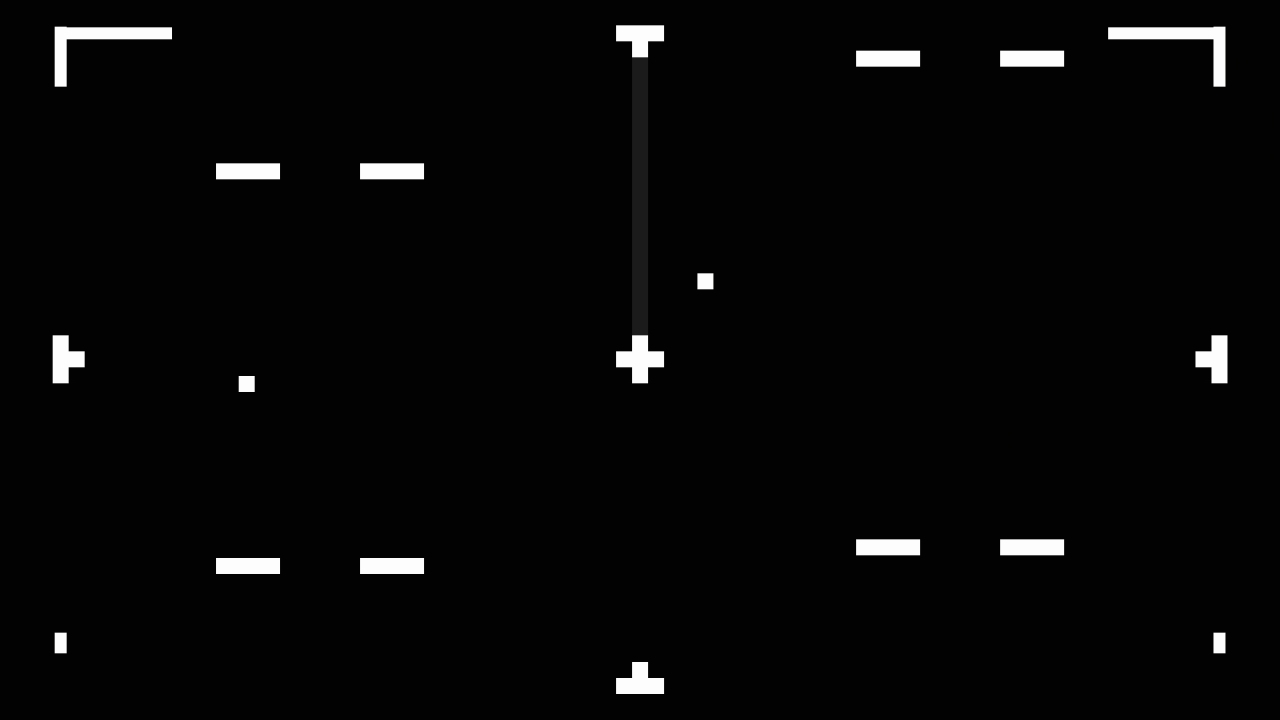 There are only three levels to the game, but each lasts around 15 minutes and ends with a boss battle that will surely make fans of classic arcade games smile. This may not seem like a lot, but it’ll take quite a long time to get through them all. Memorization is as much a part of the gameplay as skill, so even the most skilled rhythm gamers are going to need practice. 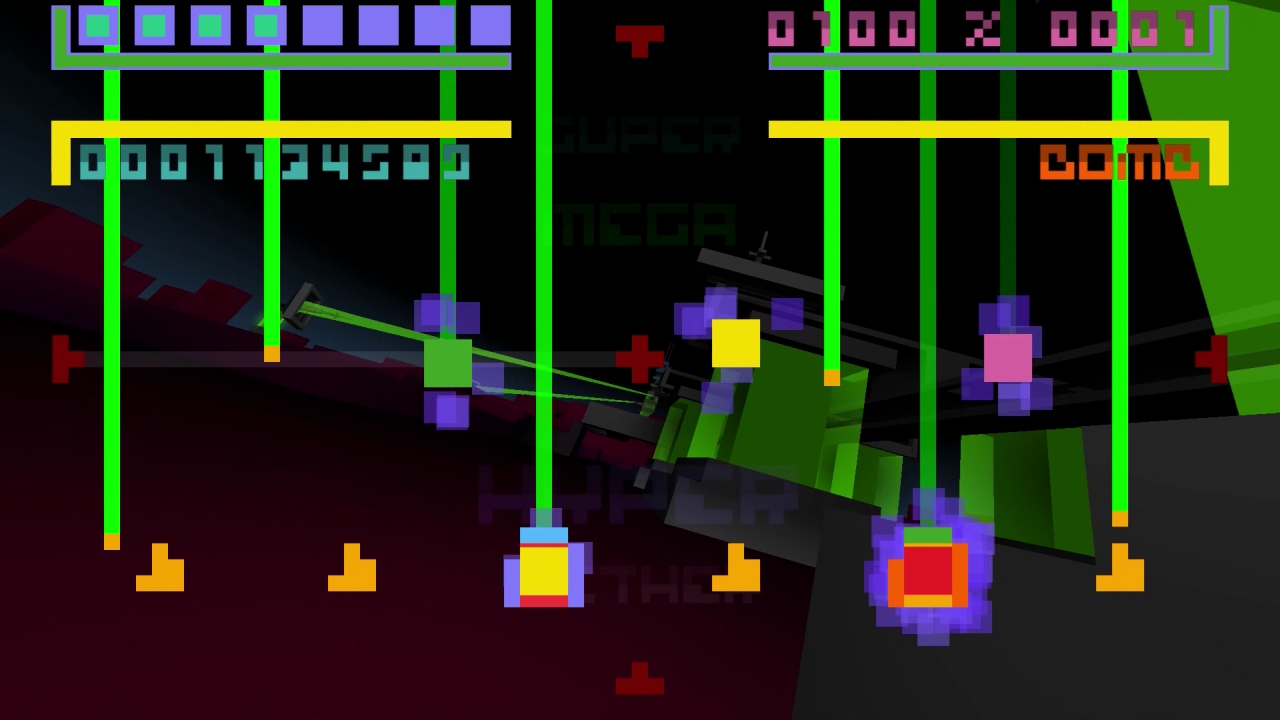 Thankfully, the practice is fun. Adding additional layers to the music and graphics is surprisingly compelling, much as it was when clearing a screen of Asteroids or Space Invaders back in the arcades. This isn’t a game that’ll command hours in front of your TV, but with a good pair of headphones, it makes for a solid time-killer in handheld mode.

BIT.TRIP CORE is not for the easily frustrated. It’s difficult, and the repetitive gameplay does not reward those who aren’t immediately interested. That said, fans of challenging rhythm games may find themselves put into an early ’80s-style arcade trance from which they won’t want to escape.