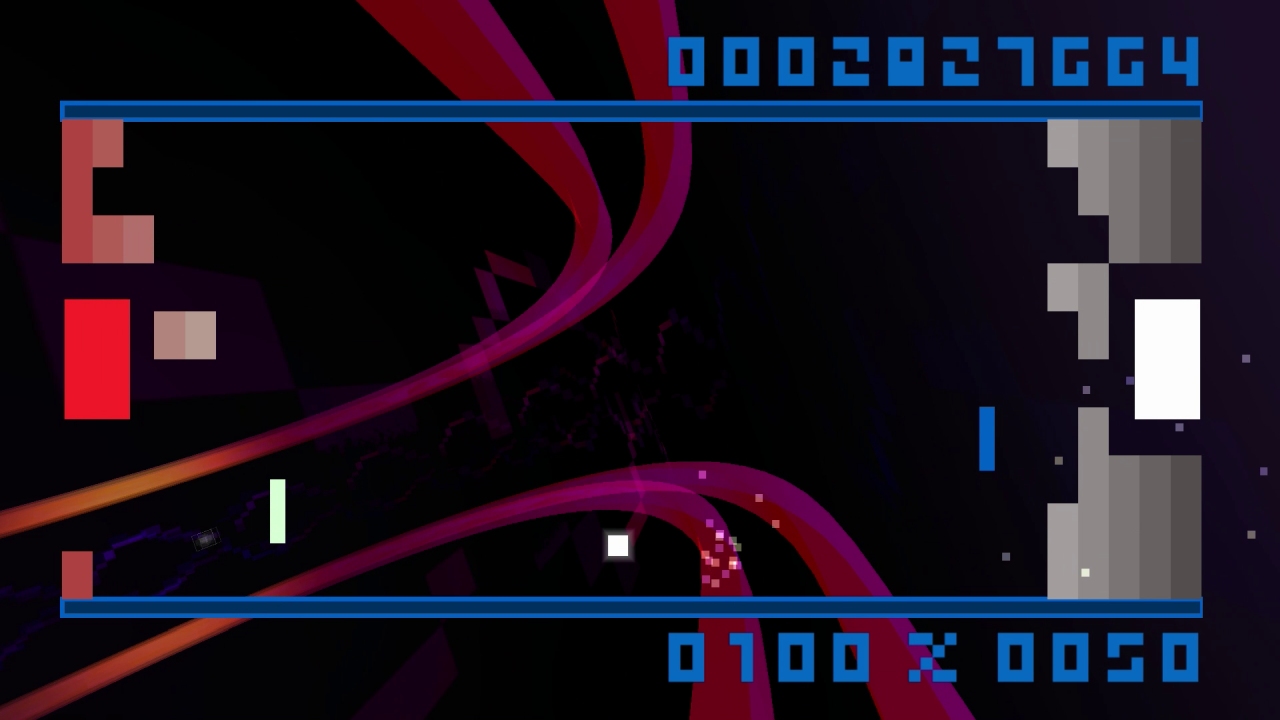 BIT.TRIP FLUX was (is?) the final entry in the six game BIT.TRIP series from Gaijin Games, and it kind of returns us the start. Like BIT.TRIP BEAT, FLUX draws its inspiration from Pong.

I’m hesitant to say that, because Pong hasn’t aged well at all. Neither have the various remakes and reimaginings. BIT.TRIP FLUX, on the other hand, is as engaging now as it was when it was originally released for Nintendo Wii in 2012.

Unlike Pong, FLUX is very much a single-player experience. You control a paddle on the right of the screen, moving it up and down with either gyroscope or L-stick controls. 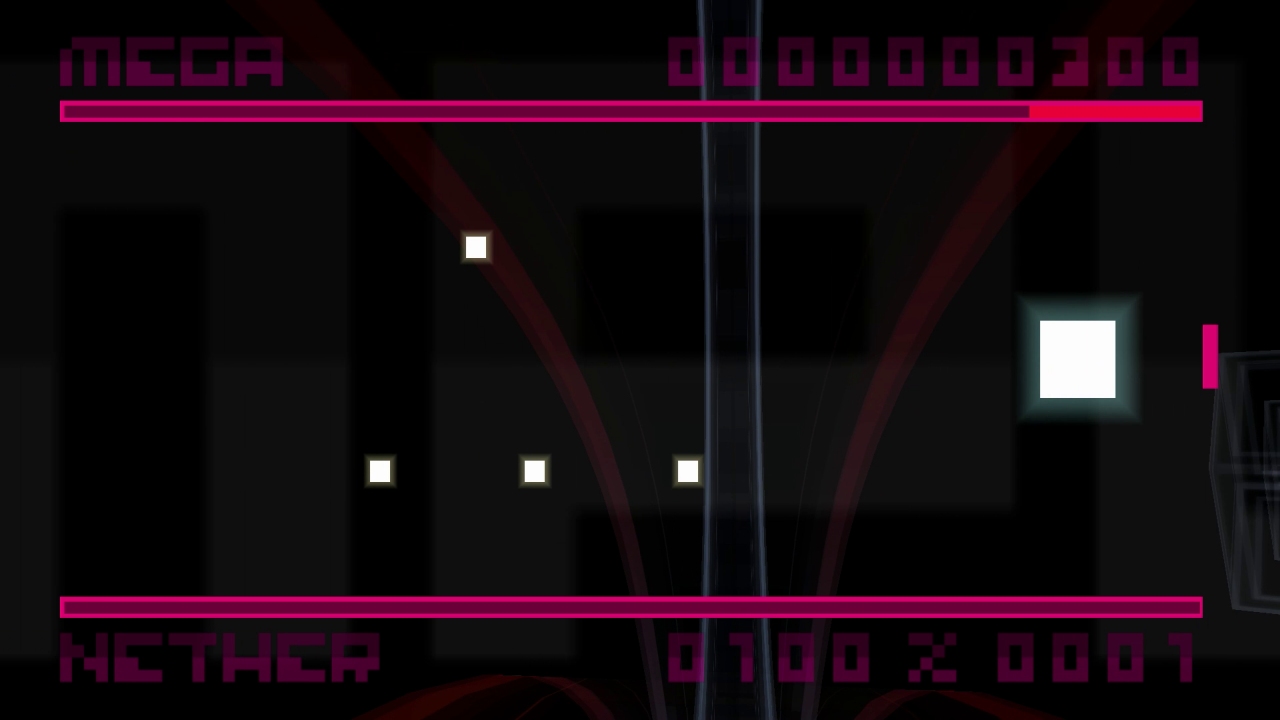 Considering the precision you’ll need, this is one of the few games where I recommend the gyroscope. Although you can adjust the sensitivity, the hard stops of the L-stick won’t’ do you any favors.

The control preference stems from gameplay centered around your ability to defect the “beats” (basically, square pixels). These come sliding, bouncing, and weaving their way at you from the left of the screen, arriving at the point of deflection with the beat of the music. Some are easy to line up and deflect, while others are going to take plenty of observation and skill. The erratic behavior of the beats makes them very hard to track, but you’ll be able to make accurate estimations after playing a few rounds. 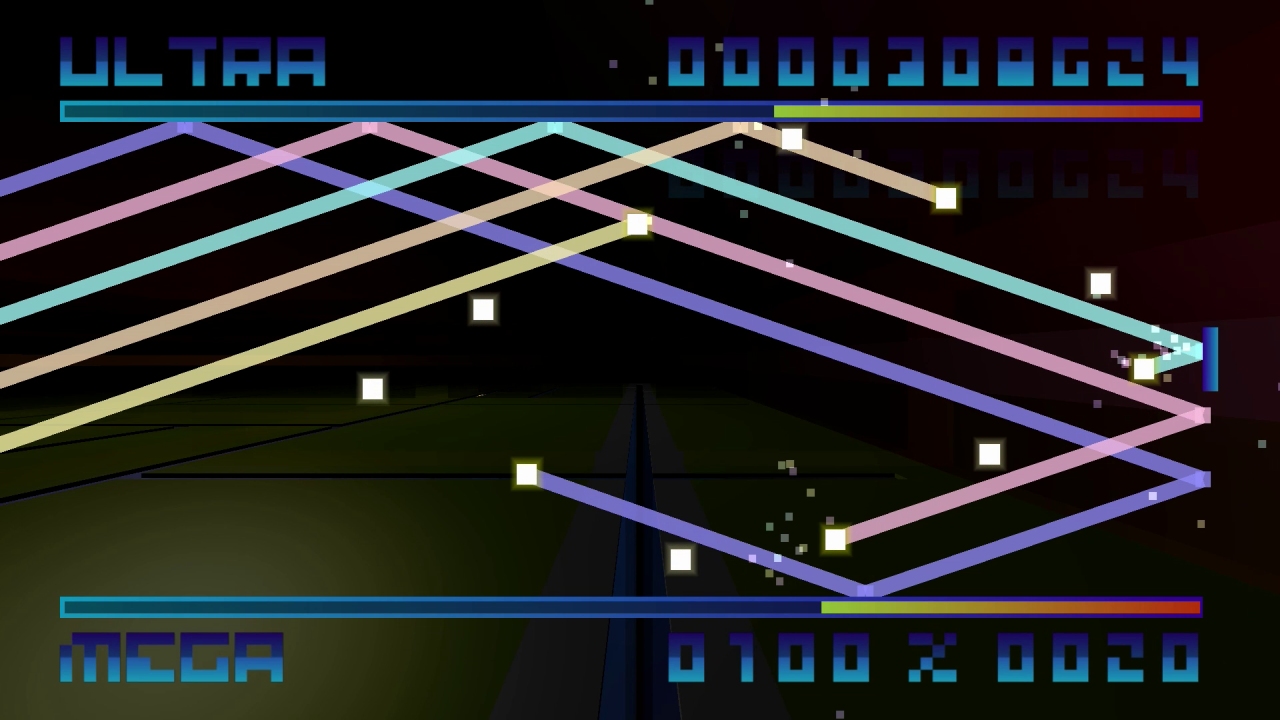 As with other BIT.TRIP games, FLUX keeps things interesting in various ways. The round beats have to be avoided, not deflected. And with only their shape and size to distinguish them, it’s not easy to do. Some slide in individually with their square counterparts, while others form walls with tiny openings through which you must navigate your paddle.

Your rewards for succeeding come in the form of graphical and audio embellishments. 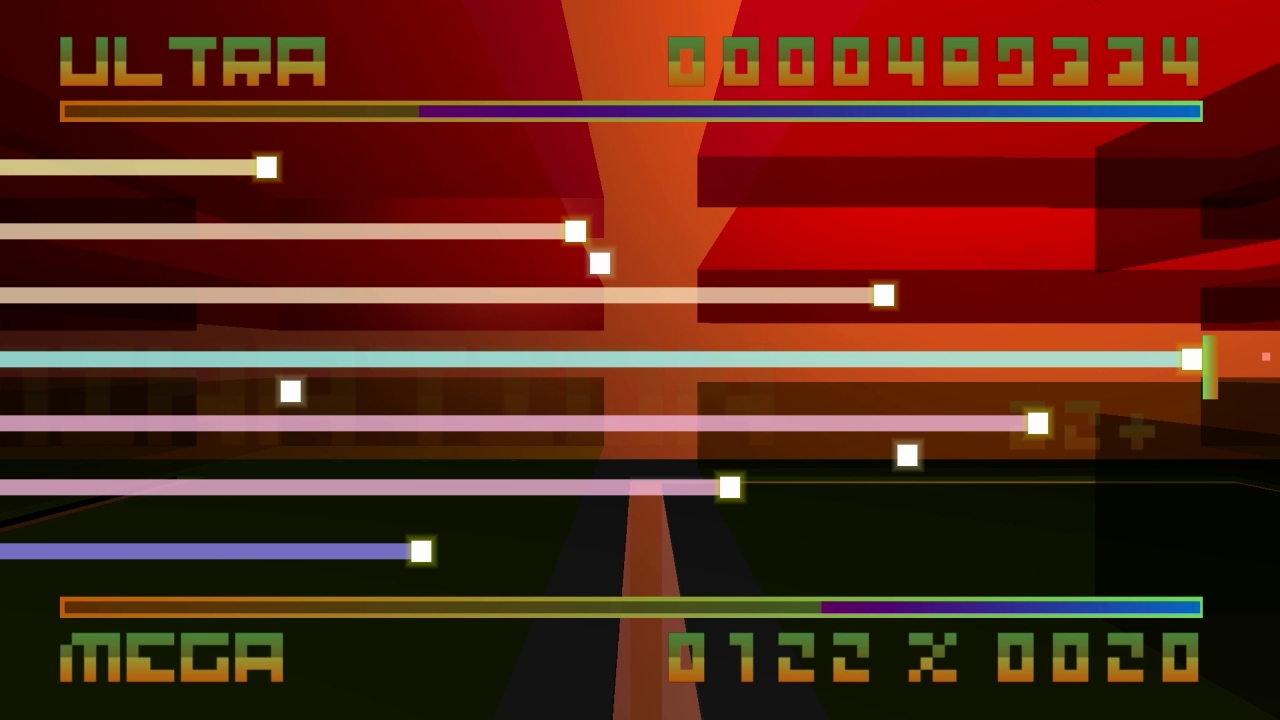 The music ramps up as your combos and score do, and more colors and patterns are introduced as you progress. Hit a beat, and you’re rewarded with pleasant percussion. Miss, and the audio thuds to remind you you’re not doing well. Miss too many times, and the game reverts to a monochrome display with basic audio. From here, you’ll either advance to more pleasant surroundings or be forced to start from your last checkpoint.

There’s not a whole more to it. You’re meant to get as far as you can in one sitting, so there’s no returning to where you left off. That may frustrate some, but at least there’s a challenge mode where you can take on different tasks instead of pushing through to the end. There are also multiple difficulty levels to ease you into things or provide extra challenge after you’ve gotten the hang of it.

But is getting the hang of it worth the time required? Sure. BIT.TRIP FLUX is the kind of game that you’re not likely to fire up often, but you’ll find yourself playing it longer than expected when you do. It’s certainly worth the $5 asking price, and you may find the infectious chiptune soundtrack bopping around your head even when the game’s off. When’s the last time Pong accomplished that?

BIT.TRIP FLUX is the game Pong would have become if better parents had raised it. This challenging arcade action rhythm game should be one of the first you get in the BIT.TRIP series, although there’s no real point in going back to BEAT if you do.