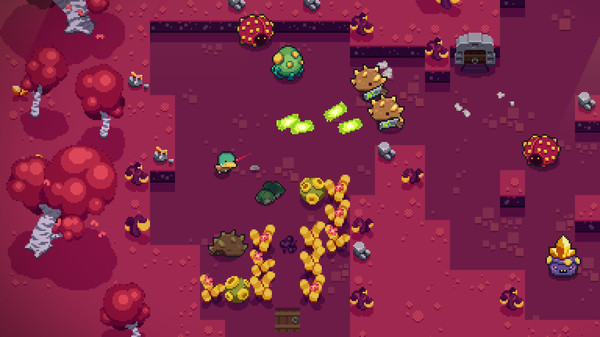 In a world where Angry Birds has its own film adaptation, it would be understandable to approach a game called Blazing Beaks with low expectations. But this adorable roguelite has so much going for it.

The cast of fowl characters are almost too cute, with colourful plumage and an 8-bit design style that lulls you into thinking this game might be for children. The worlds you explore are brilliantly created, with even the tiniest detail linking back to the theme of each one, and a consistently quirky weirdness that offers a lot of surprises for each new level.

Blazing Beaks offers the choice to play in a tournament or in story mode, with both single and co-op player options. 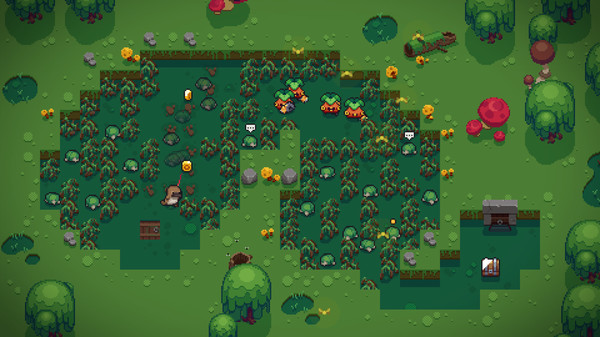 The story mode doesn’t have any particular narrative. You play as any one of a selection of birds, each armed with their own unique weapons and skills. In typical roguelite style, you have to blast your way through all the enemies on any given floor before the door opens to the next one. You collect loot from their corpses and storm your way through to the boss.

The variety of opponents you come across is very creative. You’ll encounter frogs that can turn invisible and chickens whose eggs explode from the earliest levels, with enemies getting increasingly weirder and more dangerous as you move forward.

Everything you collect can be exchanged in a shop run by a crow for power ups and additional lives. You can also find coins that you can use to buy better weapons. Not everything your fallen enemies drop will be a gift, though. The items you can equip have down sides as well as positives. This means that you’ll need to think tactically about how you approach the game and what abilities you need your character to have. 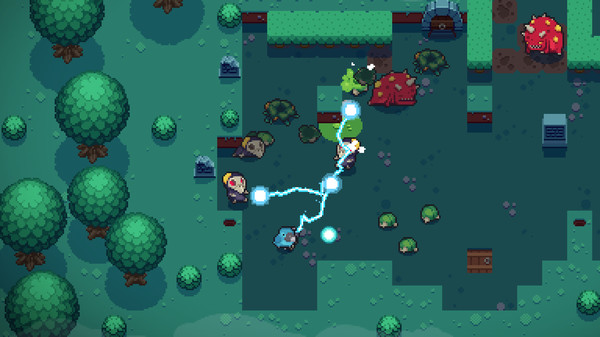 This gives Blazing Beaks an extra element that a lot of similar games don’t have. While the loot drops are random, you do have to think about what you want for each run as you get the opportunity to customise.

The game is decently challenging, even after you get over the surprise of some of the more unexpected opponents you come across. Particularly on boss levels, you have to think creatively in order to work out the best way to survive.

It has a great sense of humour that infects everything about the game. It’s easy going in the sense that it is simple to pick up and get on with very quickly, without being so uncomplicated that it gets boring to play. The randomly generated levels and loot also add to this, so you can replay it over and over again without seeing the same run twice. 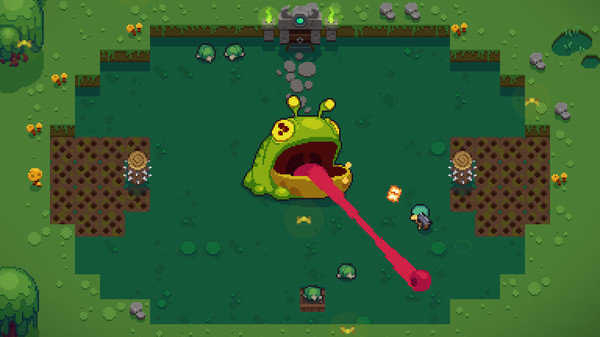 Blazing Beaks is overall a light game that doesn’t compromise on quality, with a cute style complemented by legitimately fierce enemies.

Blazing Beaks has a great combination of challenge and humour, with an adorable art style and plenty of surprises.