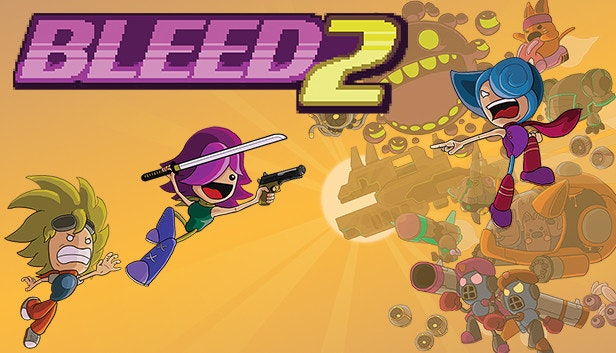 Looking back on my review of Bleed, I quickly noticed that there were quite a few things I cherished about it. I enjoyed the sense of the bullet-time combat and the unique boss encounters, despite it being an extremely short experience. The sequel, Bleed 2, builds off of these things (and much more in terms of design) from the first game and immediately amplifies them to electrifying positives. Sure, the foundation here in Bleed 2 may look the same, but that certainly doesn’t mean there aren’t worthy and needed additions that improved the overall experience a second time around…even if the adventure is (again) over in a hot minute. 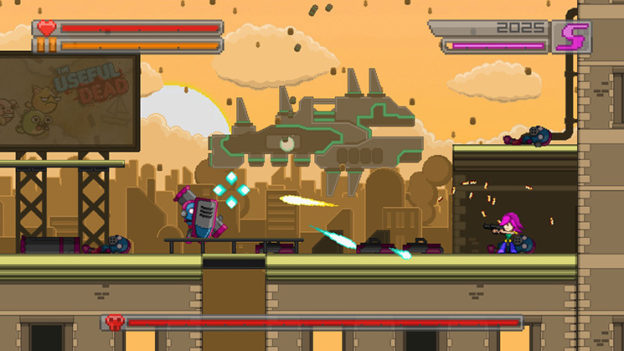 Bleed 2 picks up right after the conclusion of the first game when our pink-haired heroine Wryn is enjoying her past victories over the world’s other heroes. Suddenly, an alien horde invades Earth and, because of her actions in the previous game, she remains the only person capable of thwarting the menace. Much like before, there’s not a lot to grab a hold of in terms of story in Bleed 2, but you will get the occasional wink-and-nod meta humor here and there, which is always welcome. 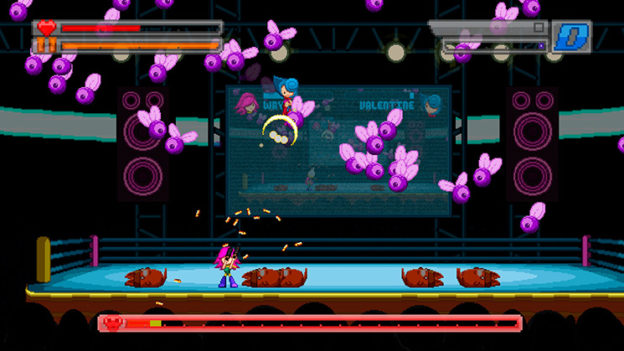 The simple but effective twin-stick gameplay from Bleed remains largely unchanged in the sequel, except for some well-mannered tweaks to Wryn’s gun-touting acrobatics. For starters, Wryn can now jump three times in the air instead of just once, which is incredibly useful during the 20-plus boss fights you’ll encounter. Not only that, but the ability to jump three times makes the platforming here stick out and leads to some fun moments in between fighting large enemies. In addition, Wryn is equipped with a katana for reflecting purple projecticles, and I found myself using her blade more often than I needed to. Simply put, it serves its purpose without being a wasted item.

Also, compared to the original, controlling Wryn actually feels tighter than before and is noticeable especially during enemy-heavy segments. Overall, the precision with shooting here is vastly improved. But aside from changes with how you play, Bleed 2 has also made some upgrades with its sound design. The music is catchier (and sets a high-octane tone) and sound effects alone are given more depth, giving the entire presentation a polished feel. 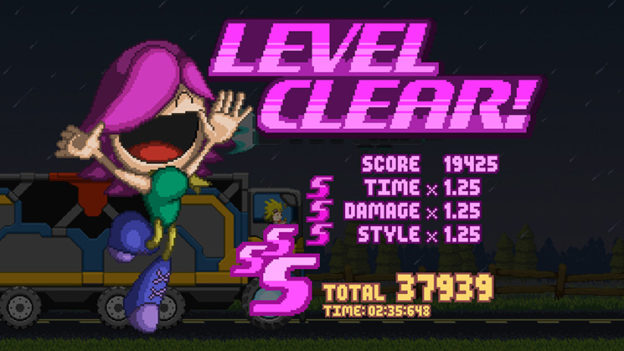 On the subject of boss battles, Bleed 2 has them front and center, and for good reason. While the seven stages included have their moments with quick platforming obstacles, they only serve as an appetizer to the inventive and unique bosses you’ll encounter. Now, while some bosses may be on the bland side, they do serve as a way to hone your shooting and dodging skills via Wryn’s time manipulation. As I progressed through each stage, I was always anticipating my next foe and whether or not I’d be able to beat them without taking damage or dying in the process. Thankfully, the game’s checkpoint system is forgiving enough that you won’t become too frustrated. But, there’s also the option before each stage to change the game’s difficulty, which is nice to see return from the first game. While you will finish the game in just a little over an hour, Bleed 2’s difficulty options do incentivize you to go further with harder challenges to compete for better scores and master your experience. 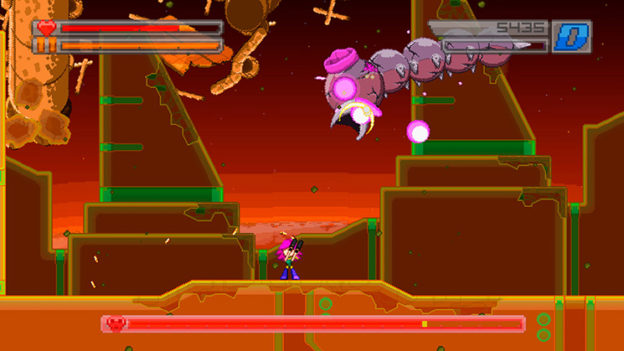 I may have been a little too hard on Bleed a while back because of its limited content, but the sequel certainly improved upon things I found worthwhile and engaging. The combat and shooting mechanics have been greatly tightened, the comic book-esque presentation such as the sound design has been improved, and the many boss battles enhance the game’s replayability despite its short length. While the original Bleed had its moments of action-packed chaos, it failed to keep me interested past the final stage; however the sequel prioritizing its bosses and various tweaks to the gameplay grabbed my attention to a point where I had to replay it over and over. The depth here in Bleed 2 may seem lacking to some, but to those wanting to hone their action-platformer skills, this one is a strong recommendation.

A colorful sequel that heavily improves on the original’s boss fights and presentation, while also giving much-needed tweaks to its shooting precision. Sure, the depth here in Bleed 2 may seem lacking to some, but for those wanting to hone their action-platformer skills, this one is a strong recommendation.