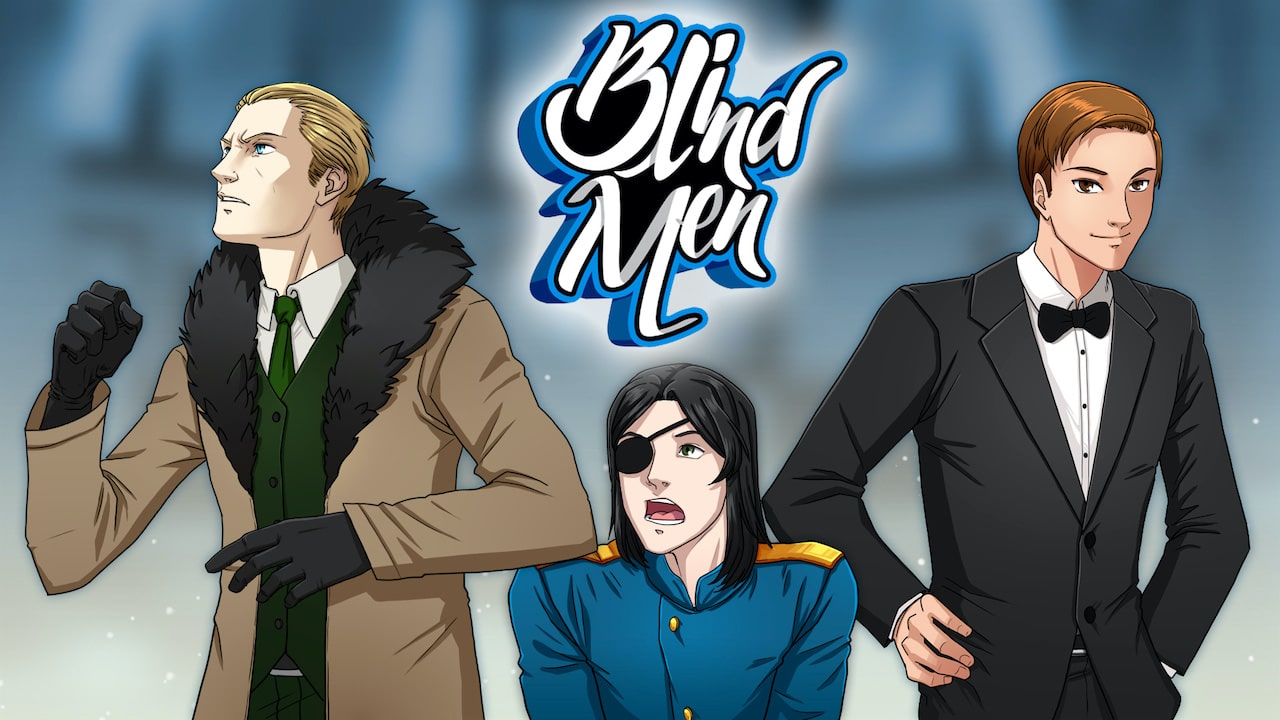 Blind Men is a visual novel following Keegan, the self-proclaimed Dr. Cyclops. If you hadn’t guessed it yet, Keegan lost one of his eyes. He lost it in the same car accident that took the lives of his parents, leaving his uncle as his sole guardian. Uncle Sphinx isn’t quite the ideal parent figure, but he’s more than happy to support Keegan in his ambitions to become a supervillain and join the infamous League of Evil. 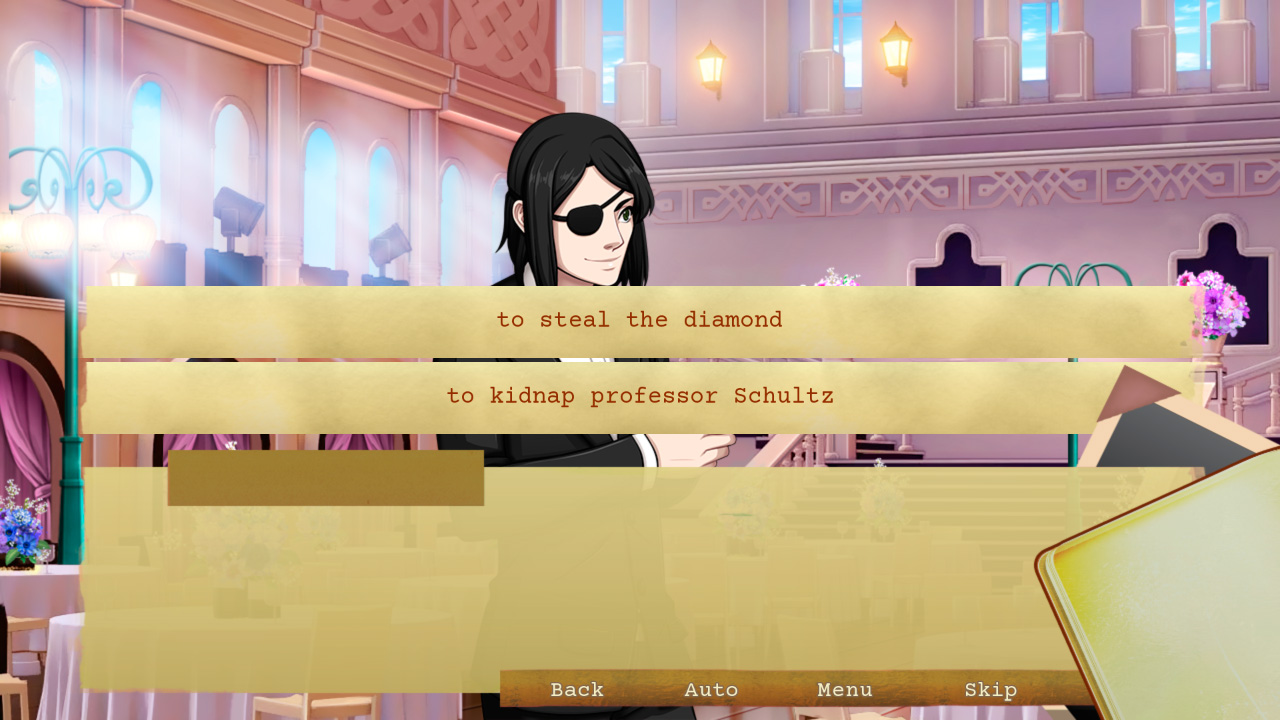 In order for Keegan to join the League, he needs to prove himself a worthwhile asset and show his mettle. With the backing of Sphinx, he comes up with the perfect crime—a crime that will draw enough attention to be deemed notable, but also safe enough to guarantee success. This is the first of multiple decisions in the game that can impact where the story goes and how successful Keegan is on his maiden mission. Each playthrough will vary in the amount of decisions you need to make, but it will never exceed ten.

Upon reaching each decision there are only ever two options to choose from. This can make the experience feel shallow, but the eight endings are fairly unique from each other given the limited options. Luckily, like many visual novels, sections of the game you’ve played before can be skipped quickly until you reach new dialogue, so reaching each ending can be a speedy process. Without skipping, a single playthrough is only the length of a long film.

Keegan’s first mission can go right or wrong in various ways, primarily due to the two romance options you come across; both are your antagonists on the mission. Hunter is the flirtier of the two, modelled after the traditional slick Bond-type akin to modern spy films. The other option is the Russian agent, Sergei. He’s much sterner than Hunter. Unfortunately, there isn’t much depth to either of the characters, and this is in part because of how limited the speech options are. 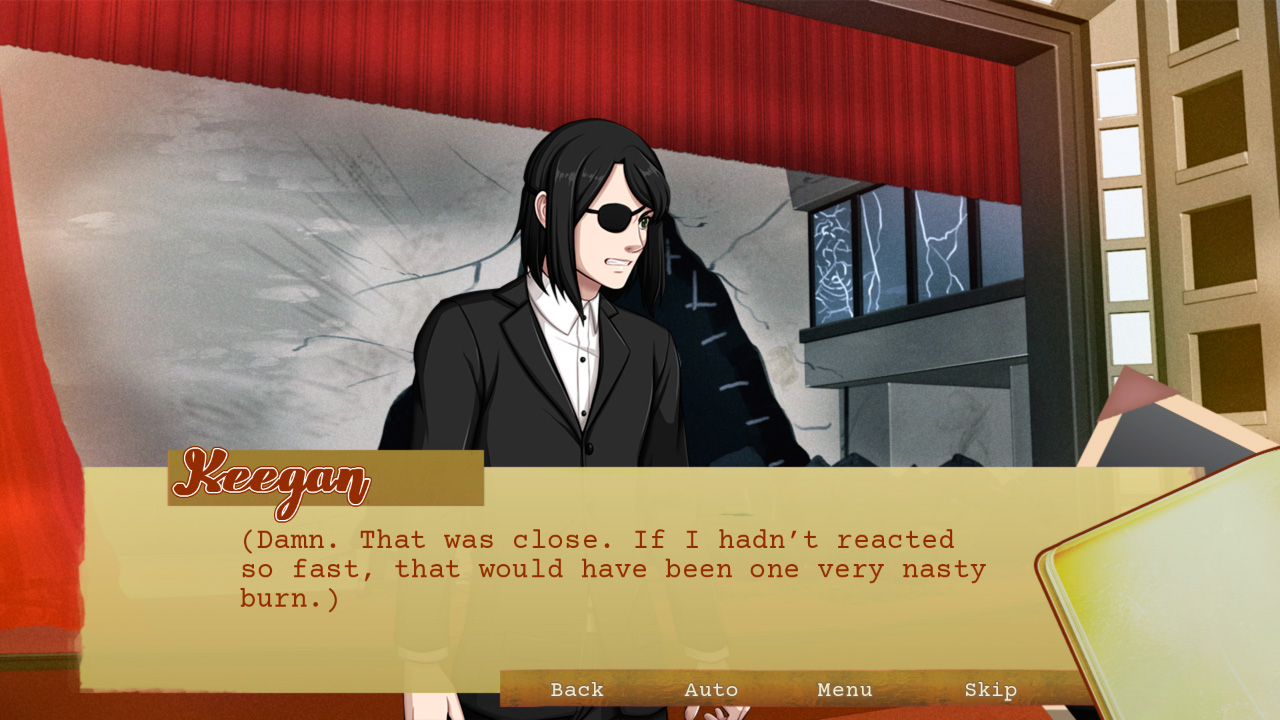 The game is played out in still images with text excerpts of the occasional Spanish dialogue, the original language of the game. There are only two language options: Spanish, and English translation. The game always makes sense, but there are a lot of grammatical errors in the English translation—though, it could definitely be a lot worse. The images throughout the game are very good, and contain the perfect amount of detail to really help create a clear image of each of the characters, even if everybody looks like a stereotype from an old spy film.

Blind Men is lacking in detail and choice when compared to other visual novels, but it’s a very consumable experience. It would definitely be more interesting if there was more depth to the story and the characters. What it does offer, however, is interesting enough to justify the incredibly low price.

Blind Men is very brief and could be improved with more detail, but it still offers an interesting story with multiple outcomes