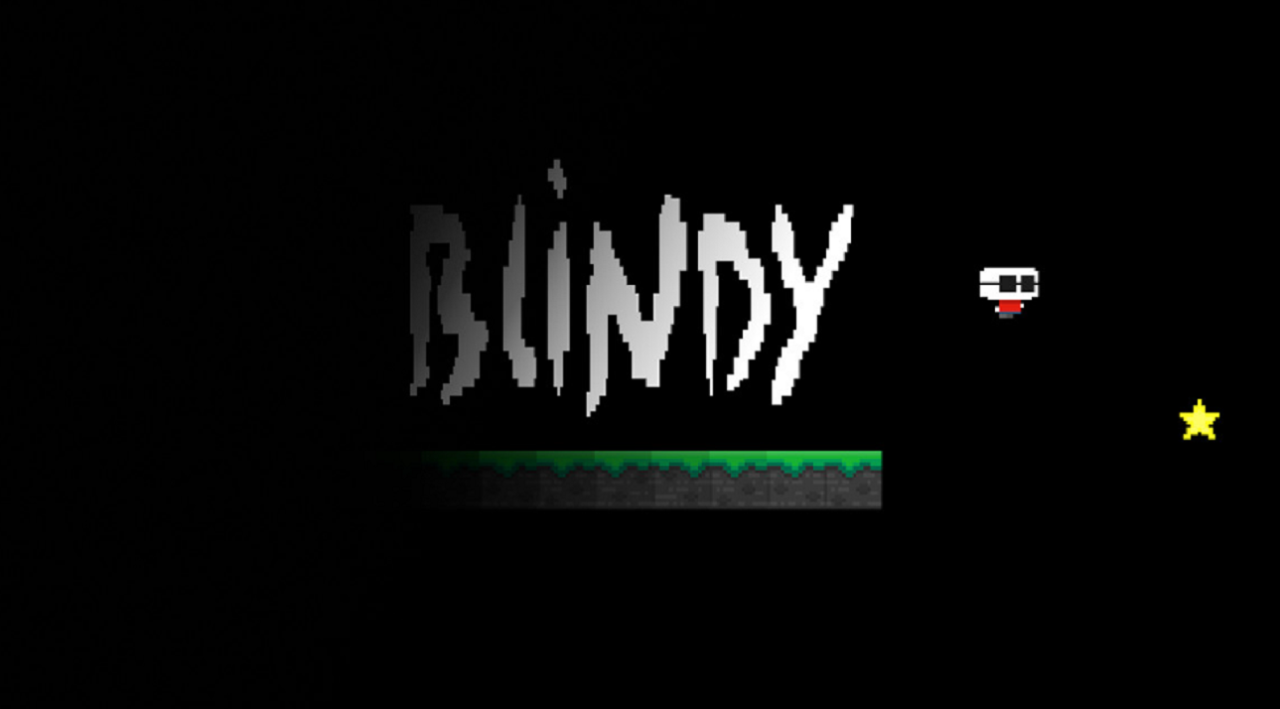 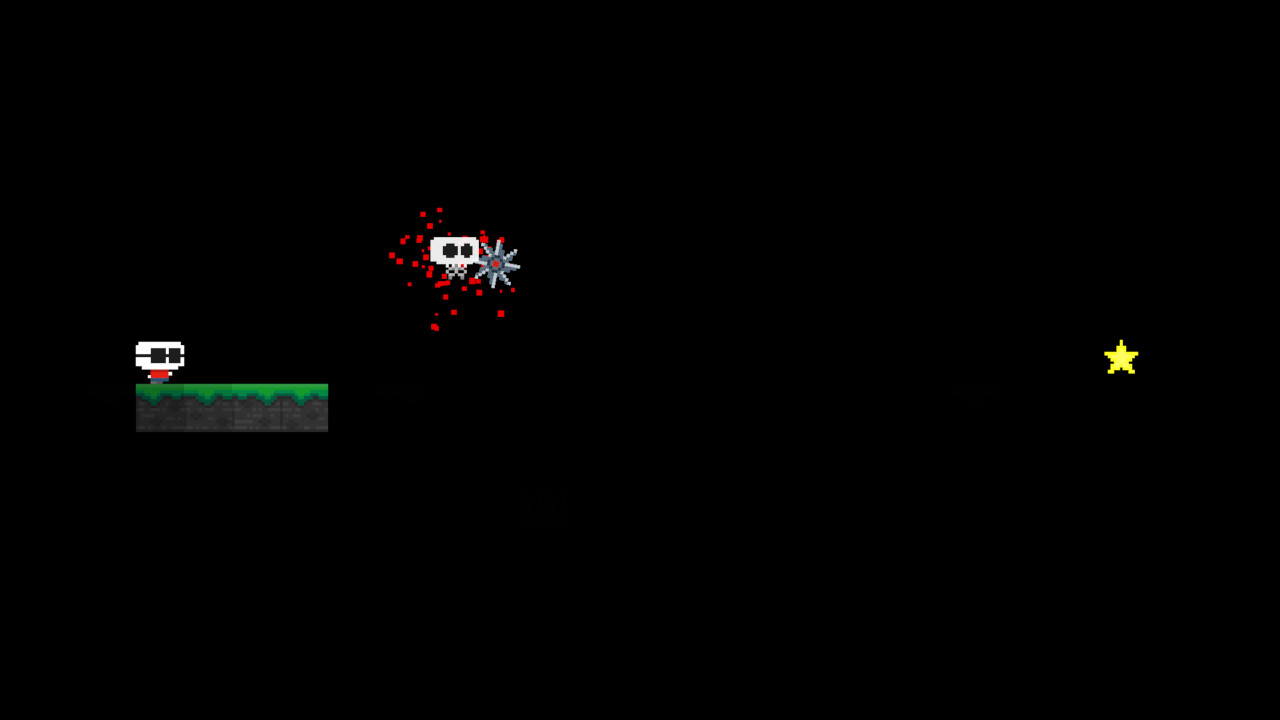 There is no story to the game. The goal is to get your assumingly blind character through the level without dying. Just like any other platforming game except with a twist. The twist, assuming you haven’t guessed it, is you are unable to see any part of the level except the character and a star. Reaching the star means you have completed the level. As you platform your way across the stage the parts of the stage you touch are temporarily visible. Once you land on a spike or set of spinning spikes you die and your blood splatters. The spilled blood allows you to tell if the surrounding area is safe to walk on as you restart the level. The visible parts of the map will disappear fairly quickly so it either takes memorizing what is on the screen or being quick enough to complete the stage before what is visible disappears. 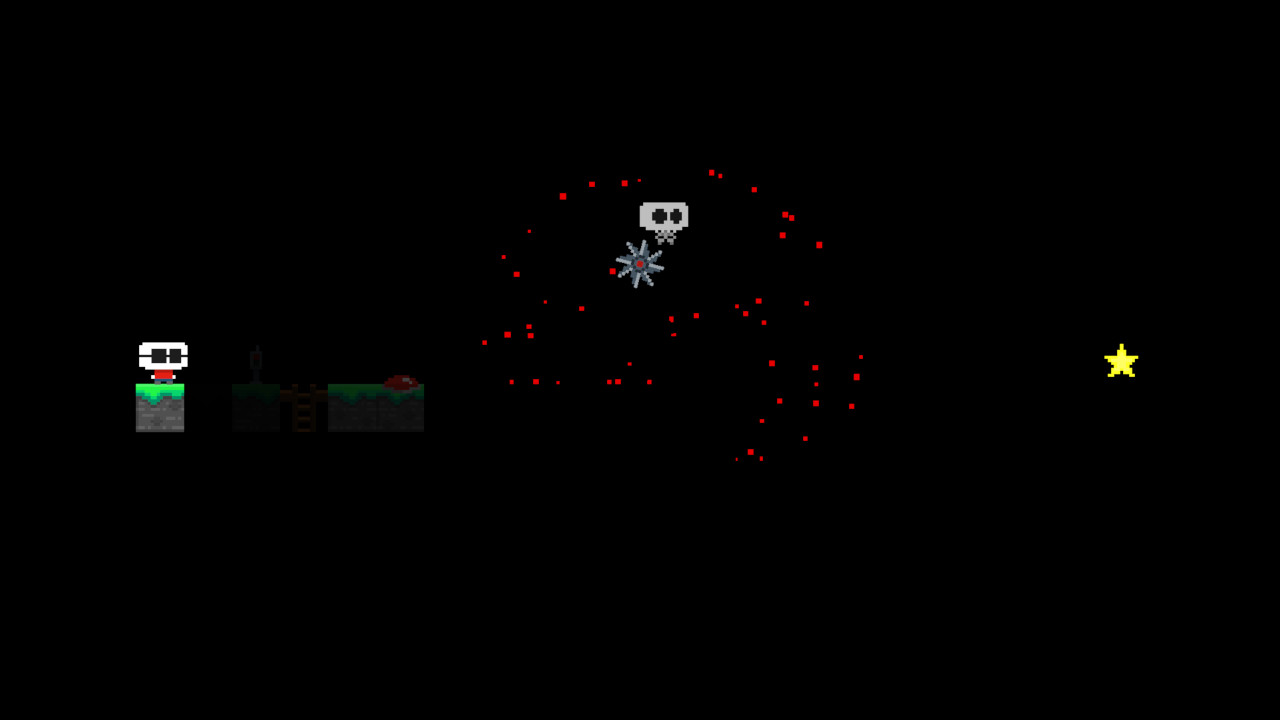 There are four modes to choose from: Classic, 99 Lives, Lucky 15, and Random. In Classic the goal is to get to the star so you can get to the next level. There are sixty levels to complete. In 99 Lives you have to complete as many random levels as possible before running out of lives. In Lucky 15 you have 15 lives to complete each randomly picked level. In Random mode, you just play random levels with no lives or other limitations. All the modes, in the end, were pretty much the same thing. 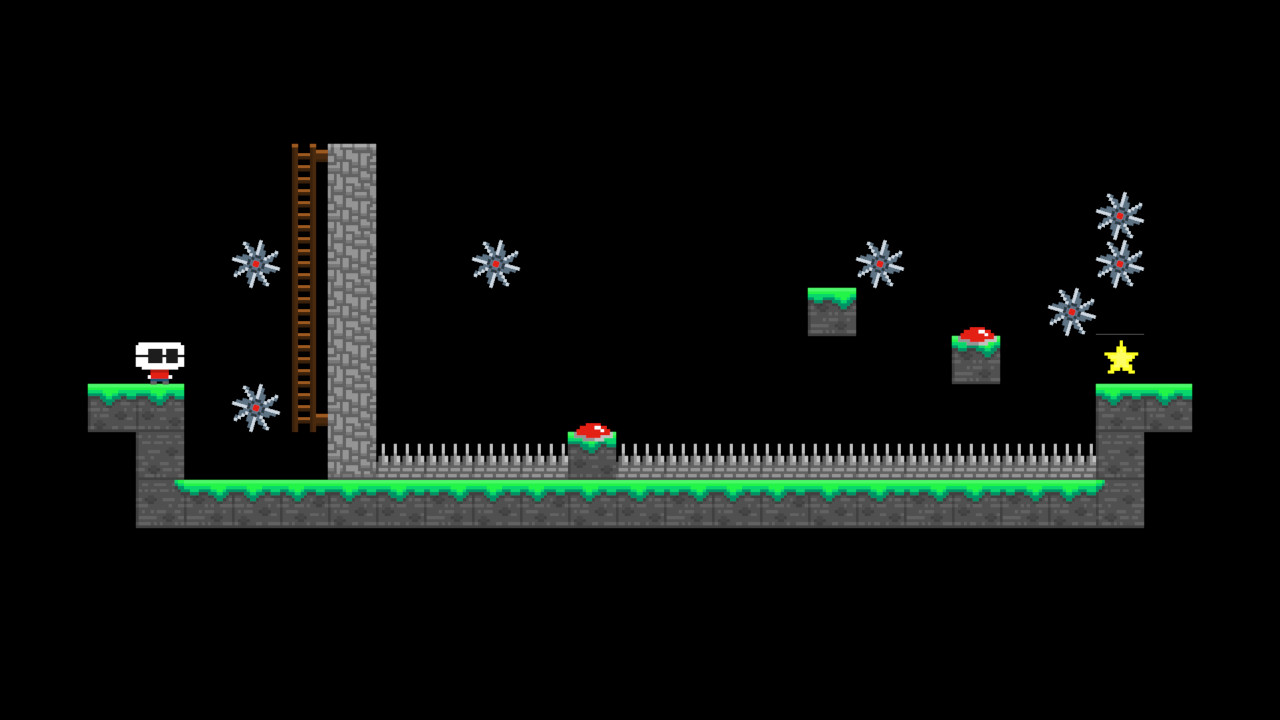 The concept to me was interesting, however, it feels like there could have been more to the game. It seems the goal was to see how long it takes the player to rage quit rather than develop any sort of personality to the game. The time I spent playing I felt bored, the game felt empty.  While I am not saying there was no effort behind making it, it just seems like the idea of a blind platformer was not fleshed out enough. Even giving the character more skills such as an ability to show what was in front of you such as throwing a stone. Based on how the stone bounces of the unknown object could help determine if it was safe. Something more basic like wall-jumping, anything other than jumping could have made it feel more complete and possibly more fun.

Given the difficulty of Blindy, it wasn’t the reason I disliked the game but more of its lack of entertainment. Blindy as a whole left players in the dark with no real fun to bring light to this platformer. Turning the lights out in your house and trying to find your way around without stubbing your toe seems more fun than what Blindy has to offer, especially at the asking price of $7.99. If you really feel the need to play the game I would suggest its mobile app for $1.99 which still seems like too much. 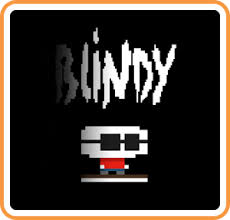 Given the difficulty of Blindy, it wasn’t the reason I disliked the game but more of its lack of entertainment. Blindy as a whole left players in the dark with no real fun to bring light to this platformer.