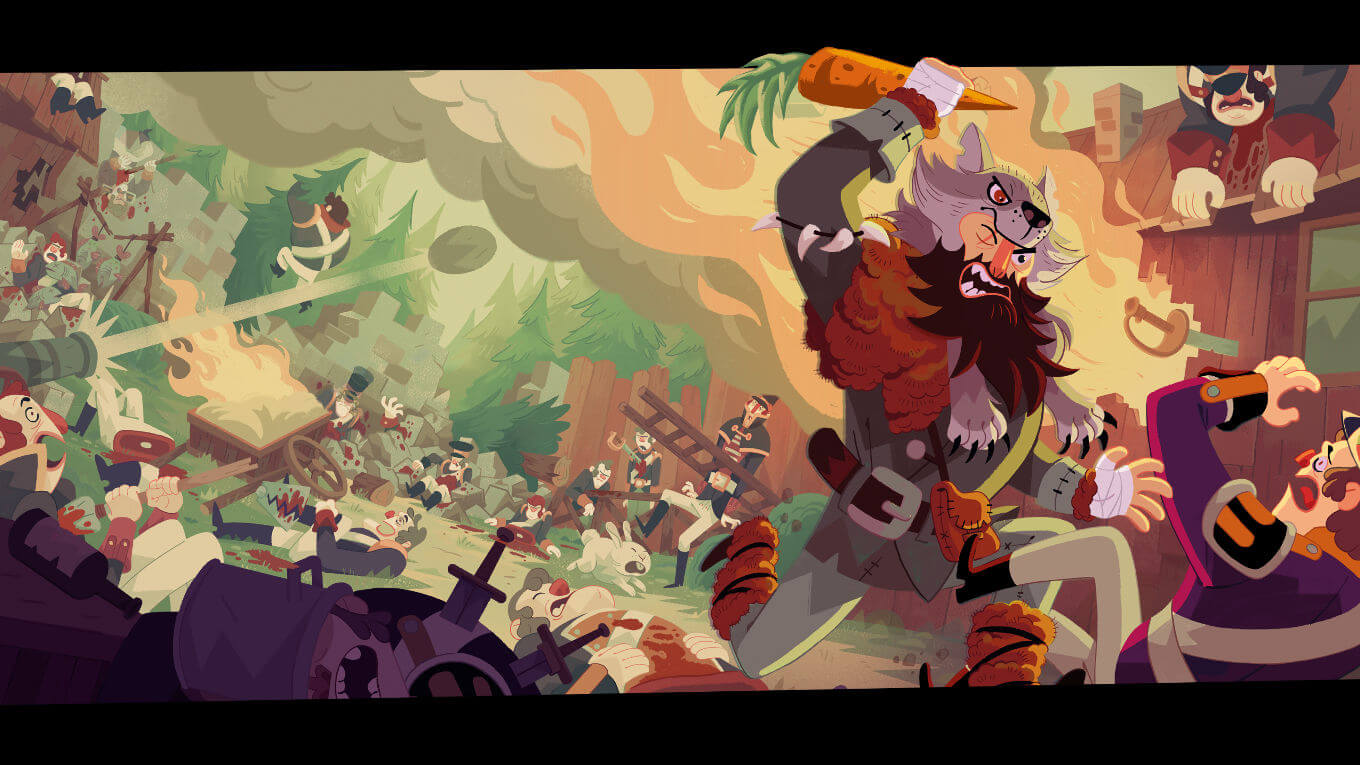 Bloodroots is a fast-paced action game developed by Paper Cult with a wild west setting. In Bloodroots, you and the majority of the enemies only need to be hit once to be killed, not dissimilar to games like Hotline Miami and Ape Out. This style of game is becoming more and more popular — when it’s done well it can be an absolute joy to play, and luckily this is one of those occasions.

You play as Mr. Wolf, an outlaw looking for revenge after a betrayal at the hands of his former gang, the Blood Beasts. It’s a tale that’s been told plenty of times, but Bloodroots tells it particularly well. Mr. Wolf doesn’t say much, so you gain the majority of information from your former posse members. It soon becomes clear that nobody in this murderous gang of outlaws is very pleasant, and the game’s stellar writing helps you understand their motivations. Obviously the story isn’t the main draw of Bloodroots — it’s merely an excuse to justify Mr. Wolf’s violent killing sprees — but the humour it brings feels justified, helping elevate everything else around it. 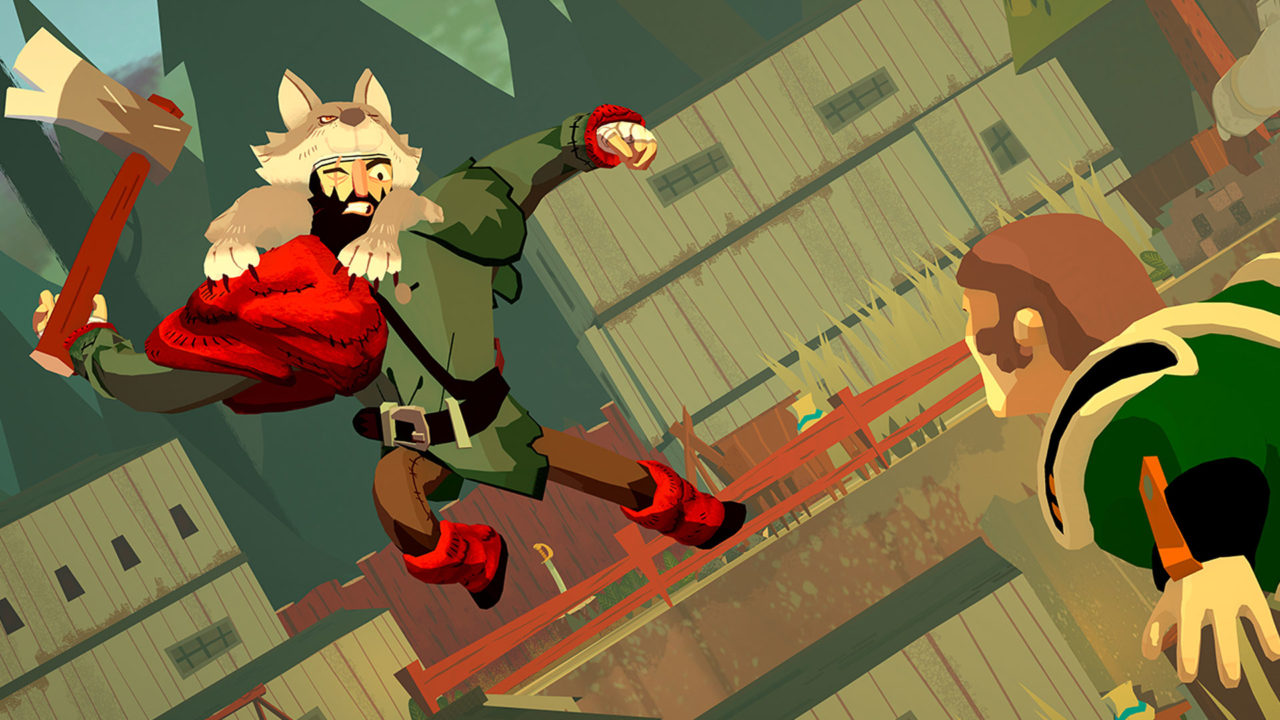 Bloodroots features strong gameplay. Watching someone else play, it would be easy to assume that you’re just watching disorganised mayhem, but it’s much more than that. Upon approaching a new enemy-filled section it becomes a perfect blend of puzzle-solving and improvisation, partly because of the huge variety of weapons. Not only are the weapons varied, but pretty much everything in Bloodroots is a weapon. Obviously there are your traditional swords, knives, and six-shooters, but even the outrageous can be utilised to help kill. It becomes second nature to switch from bludgeoning a man with a chair, to shooting one with a rifle, to smothering the next with a fish. All of this can be achieved seamlessly as you dance around the stage.

Each weapon also works differently. The axes are a simple swing-and-hit, swords and daggers allow for a lunge, and ladders can be swung around your head like some kind of rage-fuelled helicopter. This adds another level of depth to how you tackle each group of enemies, but also impacts upon the platforming sections. Some of the weapons help with traversal, for example, long sticks of wood can form an ore, a fishing rod or a beam, which Mr. Wolf can use as a pole vault to help him reach distances. Weapons will eventually perish — they can last between one and three hits, meaning you always have to think about what to pick up next. Luckily, it’s rare that Mr. Wolf is not within touching distance of something he can use to batter his foes.

The enemies are varied, too. Early on, you face pretty standard grunts, but as Bloodroots progresses the enemy types get more complex, adding another layer of thought as you paint the town red. At this point it’s probably sounding like Bloodroots is complicated, but it never feels that way when playing. The game can be challenging, of course, but each new weapon or enemy is introduced gradually across the game, ensuring you’re never overwhelmed. 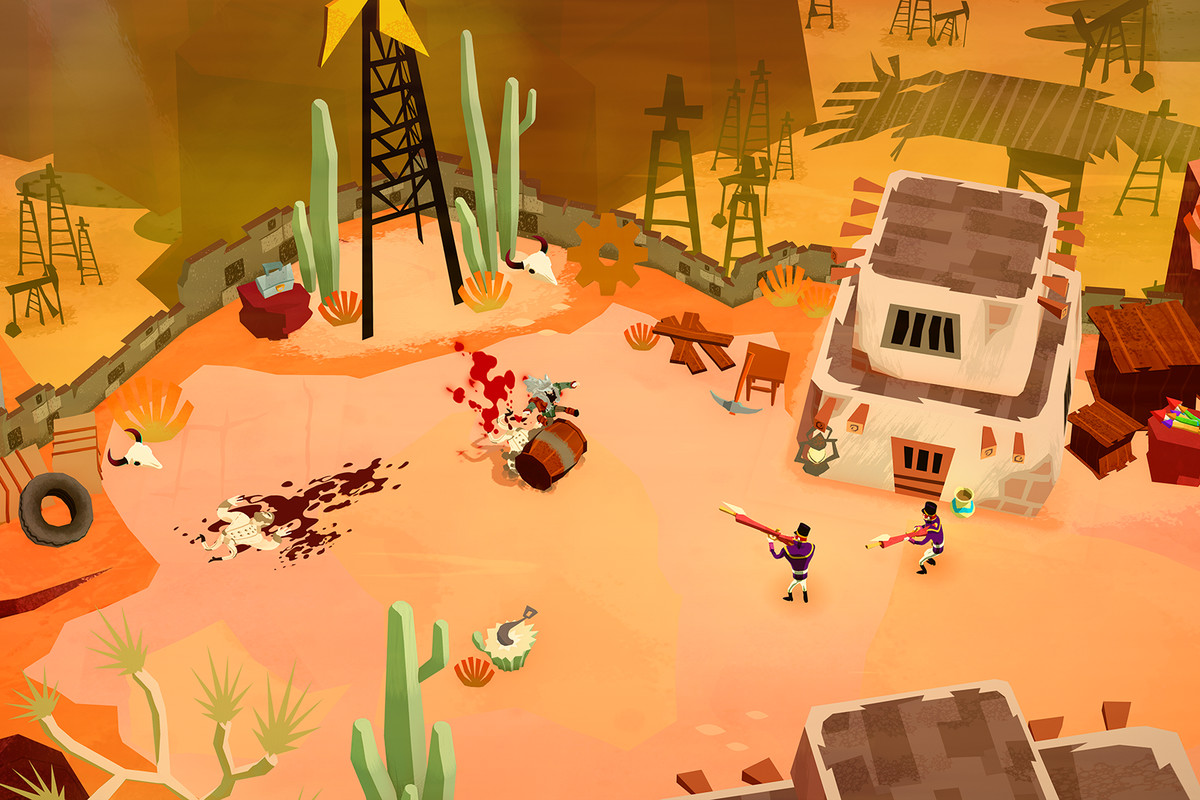 Bloodroots probably lasts around eight to ten hours depending on how often you die. In truth, the game could be a little shorter — it’s not that the game overstays its welcome, but certain sections felt longer than they needed to be. Across the three acts that make up the game, it’s fair to say there are going to be a few deaths, but thankfully instant loads mean that Mr. Wolf is never out of the action long. The initial loading of each section can take a while, but this isn’t too bad as that’s only at the beginning of each level.

The western setting of Bloodroots is perfect for the revenge tale that’s being told, although this isn’t quite The Revenant. Bloodroots doesn’t take itself too seriously, as can be seen by the jetpack-wielding villain, Mrs. Bison, yet none of the wackier elements ever feel out of place because of the game’s distinct art style. Bloodroots looks like a cartoon from the ‘00s — all of the landscapes pop with colour and depth.

The isometric angle of the camera that often zooms in on Mr. Wolf adds an extra element of detail, however, there are times when the forced camera zooms out too far and makes it difficult to figure out what you’re doing. This is all done in an attempt to make the game more cinematic, but it doesn’t always work, especially in comparison to the fantastic finisher scenes on an area’s last enemy. These leave you feeling impressed with yourself, and can even vary depending on which weapon you’re using at the time. 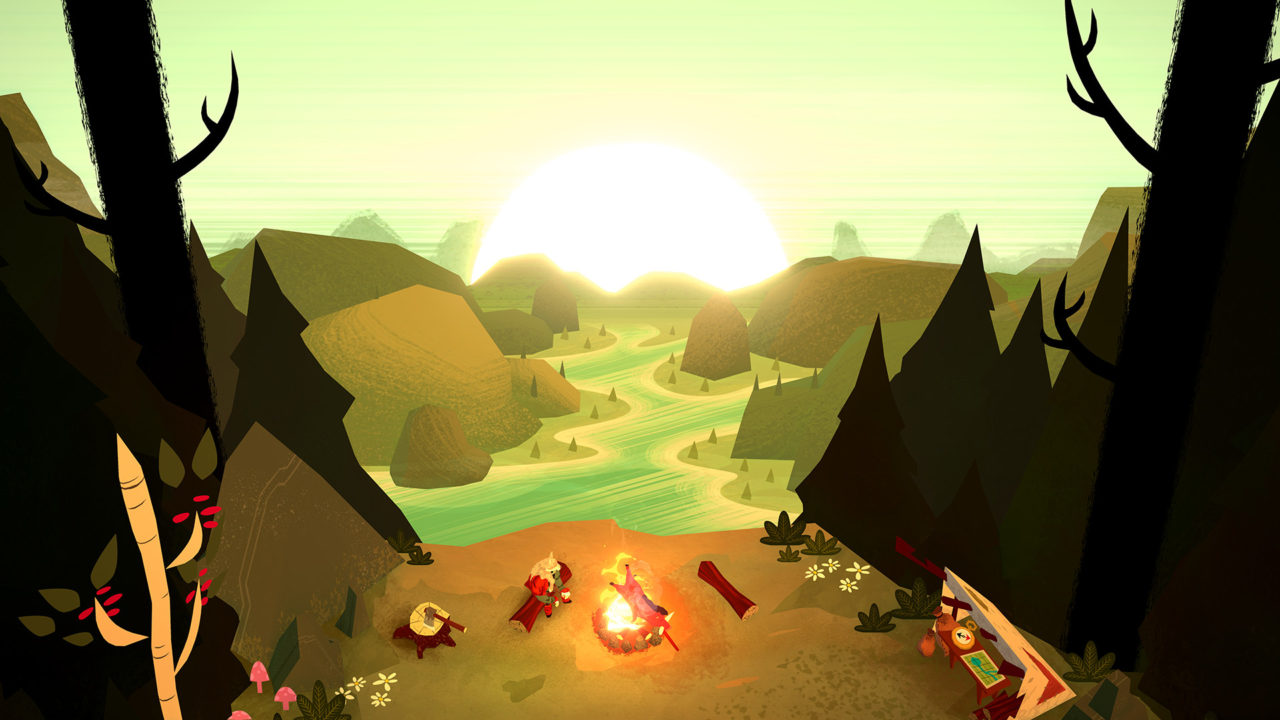 Once Bloodroots’ slightly predictable story is over, there’s still plenty to come back for. Every single level of the game is ranked, and you’re given a score — high scores are all about getting combo chains and completing a level as quickly as possible. Another great feature upon replaying a section is how you can give yourself a different ability depending on which unlockable hat you’re wearing.

Bloodroots is really fun. It’s a great example of a game that’s exciting to play but difficult to master, adding an element of longevity for those who wish to get the highest rank on each level. What makes Bloodroots unique, however, is how effortlessly it teaches you the game — it intuitively demonstrates how to utilise each weapon in order to cause as much devastation as possible, without ever holding your hand. Despite a few minor bumps, Bloodroots is a very well-crafted package that’s enjoyable from start to finish.

Bloodroots is a charmingly written tale of revenge. Although its story lacks originality, it makes up for it in vast weapon variety and satisfying yet challenging gameplay that keeps you coming back for more.