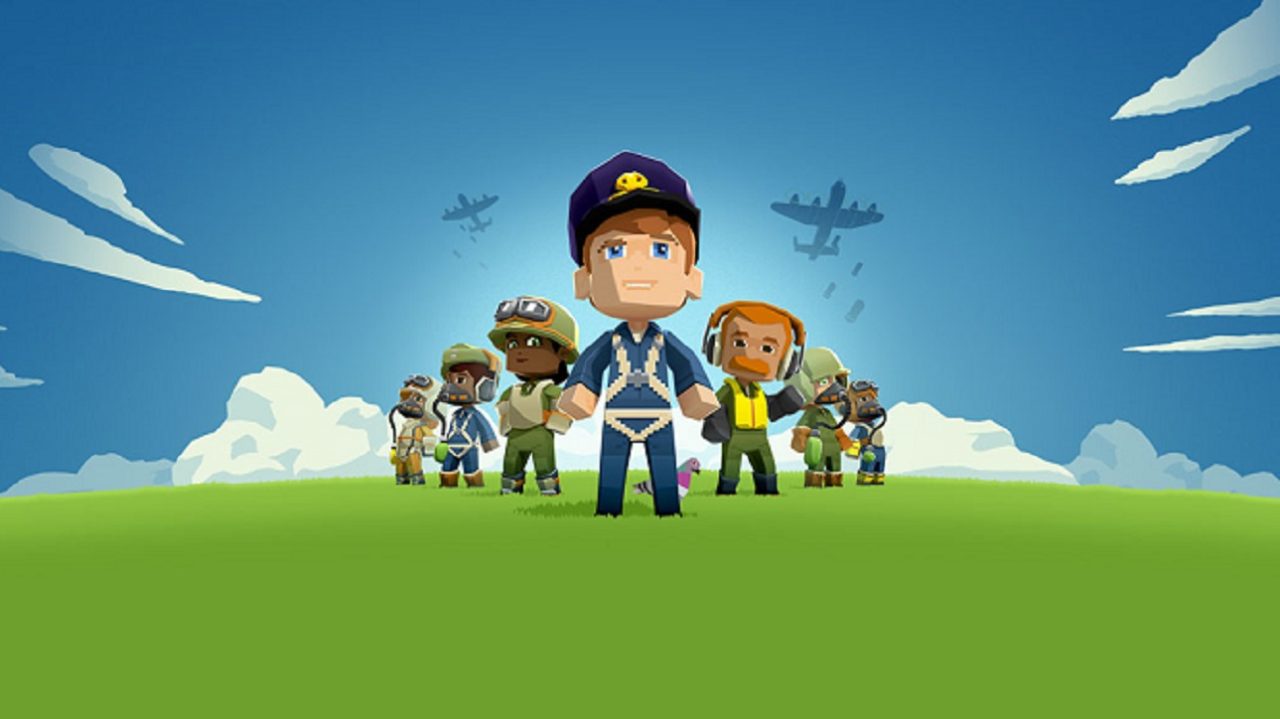 Intensity is what you would expect from any good WW2 RAF strategy sim, and it’s exactly what you’ll get from Bomber Crew. This real-time strategy game challenges you to manage a Royal Airforce bomber on countless stressful bombing missions in enemy territory. From the moment your plane takes off on each mission, the pressure is on to survive and succeed against all odds. Not only are enemy fighters determined to shoot you out of the sky, but even in the brief moments of peace, your bomber demands undivided attention for navigation, maintenance and more.

Missions can be a rollercoaster of emotion. Excitement and courage at the start, followed by stress as you struggle to fend off enemy fighters and accurately bomb ground targets at the same time. Soon stress turns to panic as you rush to extinguish flames from your burning engines while a crew member lies helplessly bleeding out as they desperately await medical attention. Sorrow when you lose your favourite crew member whose name you’ve personally chosen and skills and gear you’ve invested money in, or worse if your entire bomber, that you’ve spent hours investing time and money into, perishes on a mission. But assuming your crew makes it home, the satisfaction is truly great after completing a difficult mission. The music in the game is not massively varied, but the tracks that are there make battles more epic and victories more triumphant as your damaged ship reaches friendly British skies on your way home to base. It’s always a relief bringing home the crew.

Keeping a cool head under pressure is a necessary skill in this game. Fortunately, mission difficulty builds as you progress so there is room early on to practice not-panicking if you usually struggle with this. Overall, it’s not an easy game at all, but neither is it a ridiculously difficult one.

While the gameplay will certainly immerse you in the experience, the presentation can both contribute and detract from immersion. The graphical art style is simple, using blocky polygonal models and undetailed textures to paint them with. This style will be pleasant for some players and not for others, but regardless, the game would benefit from richer environments. As you fly over the South of England at the beginning of missions, there isn’t much to look at besides a barren wasteland of mostly just flat green. On the other hand, particular attention has been paid to the presentation of bomber damage, as most missions end in your plane missing chunks of metal throughout its surface and sometimes entire parts broken off. The way the skies change from morning to sunset and then night, combined with weather effects, adds to the experience and drama of each mission. The first mission I played that took me until night was the first time I remembered to check my remaining fuel as the concept of time passing really hit me upon seeing the moon come out through the clouds.

Real-time strategy gameplay comes in many forms and Bomber Crew is all about cycling through your seven crew members constantly giving them orders. Each crew member has a specific task they will perform better than others and over time they will gain new skills that you can manually activate (on a cool-down) during missions. This keeps the game simple when you first start and increases its complexity gradually as you progress and unlock these abilities. Keep in mind that the game is repetitive at its core. Complete easy missions to earn money and experience for your crew, resulting in better gear, skills and bomber parts, allowing you to choose harder missions and eventually complete the game. This is fun but already a little repetitive as missions can be very similar to each other at their core. On top of this, losing crew members or your entire bomber will force you to build up your investment again, which means potentially a lot of mission grinding.

Bomber Crew is an immersive RAF Bomber RTS which will thrill fans of the genre, the crew management concept, and the WW2 time period. It features fun and engaging gameplay which is likely to feel fresh for a solid 10 hours, but to some, not much more. RTS fans may wish to wait for a small price drop from $15, but anyone enticed by the whole premise, and doesn’t mind repetition, wouldn’t go wrong at the full price either.

Bomber Crew is an immersive RAF Bomber RTS which will thrill fans of the genre, the crew management concept, and the WW2 time period. It features fun and engaging gameplay which is likely to feel fresh for a solid 10 hours, but to some, not much more. RTS fans may wish to wait for a small price drop from $15, but anyone enticed by the whole premise, and doesn’t mind repetition, wouldn’t go wrong at the full price either.