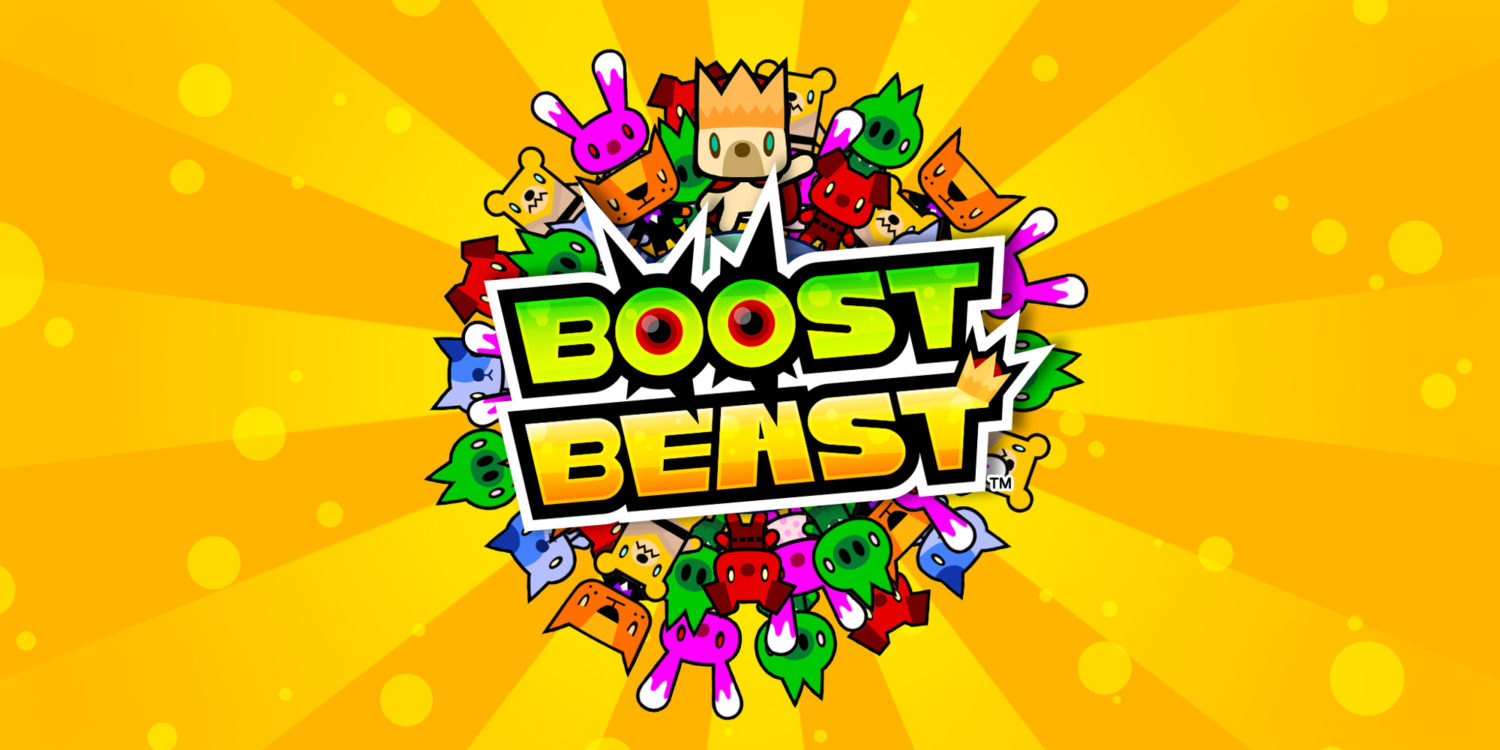 Boost Beast is a match-three puzzle game with a defensive twist from the developers at Arc System Works Co. In an effort to rid the world of deadly zombies, you must lead Alec, king of the dogs, on his quest for peace by smashing every zombie out of existence. Alec defeats the army of the living dead by matching three of the same animal block together horizontally or vertically. Much like a real Monarch, after making a match Alec’s minions are placed on the battlefield to do his dirty work for him. It won’t always be as simple as just matching any three animal blocks in this fun little title, however, as the game has plenty of tricks up its sleeve. 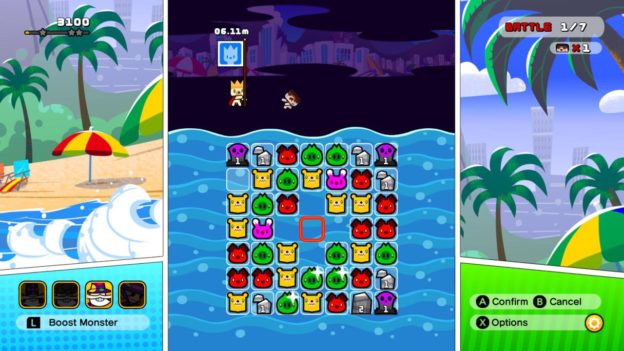 As you progress through Boost Beast’s 204 stages, you’ll have to overcome many different obstacles the game introduces to you. Some zombies can only be beaten by a specific color animal, and sometimes rocks on the playing field will need to be cleared away to get more animal blocks to work with. Other times you might have to clear out certain stones that make the zombies invincible until you do. All these gimmicks make each world you tackle fun and challenging in their own way, keeping the game from getting stale. There are even bosses to conquer, requiring you to match enough of the right beasts to take out the baddy’s health before he makes it to Alec. 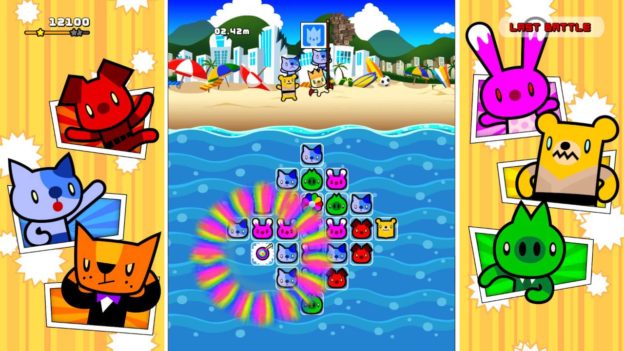 Seeing as this is a puzzle game, there are certain strategies to help you out. Matching four of the same colored blocks will grant you a cross bomb, which, like the name suggests, destroys all tiles in a cross-shaped pattern. Even better, if you can manage to clear out five animal blocks, the ever-helpful color bomb will clear out all tiles on the map of the color you need to defeat the current wave of zombies. There is also a regular bomb, made by matching three blocks both vertically and horizontally at the same time, and these bombs will clear all tiles in a small radius. All of these items are helpful to get a combo going, but if you’re in a jam, you can summon any one of these bombs or have the puzzle shuffled to help out. These bomb summons must be recharged after use however, so it’s not a good idea to use them unless it’s an emergency. 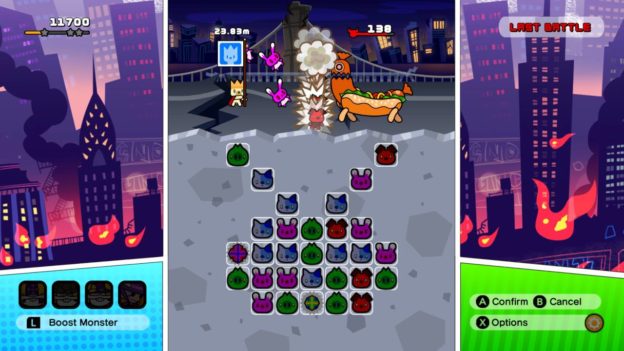 For a match-three puzzle game, Boost Beast’s incorporation of a turn-based, tower defense game play style is a unique take on the genre, and certainly makes for a fun time. The constant introduction of new hazards also keeps the game interesting. Although these hazards are fun, even when playing strategically there are times where it feels like unlucky animal block placement keeps you from winning. This can be especially frustrating when you’ve used up your bomb summons and have to wait for them to recharge. Despite this, Boost Beast is a quirky little game with decent visuals that’s perfect to take on the go.

Boost Beast has a unique take on the match-three puzzle genre, but at times it can feel as if you’re waiting for the right RNG to happen so you can beat a stage once you’ve exhausted your power-ups.