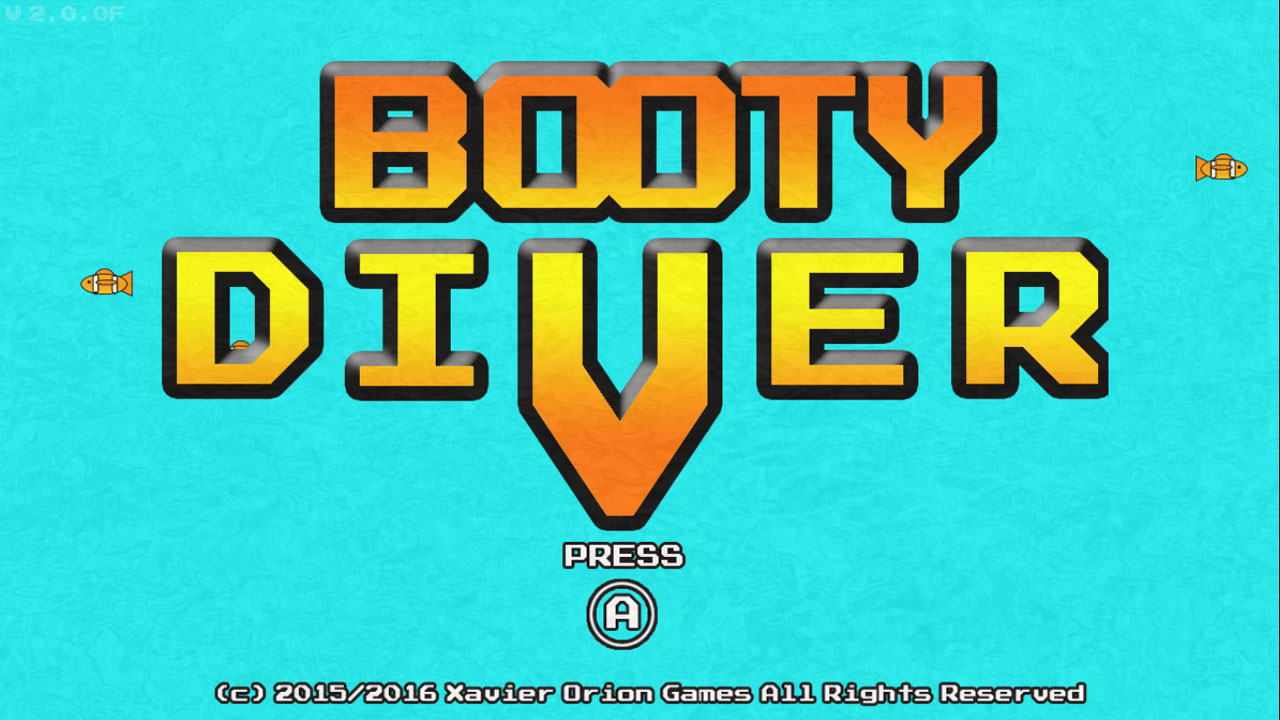 From its humble origins as an Atari like project, to its end result resembling a first generation NES game, Booty Diver channels a retro feel. As an older gamer, I can definitely appreciate that. One thing I don’t appreciate is having to beat the game in a single sitting. The lack of a proper save feature is a head scratcher, but how does the game fare in spite of this misstep?

Booty Diver tasks you with returning sunken treasure to the surface (“Nice Booty Got!”) over the course of 25 levels. All the while you’ll be battling, or avoiding, various sea creatures and threats. Limited air supply can also prove a severe danger. Thankfully, you have the option of hitting the ZL button to access a treasure aiding compass. It helps maximize your air, especially as treasure placement is randomized. Occasional air bubbles are about as well. 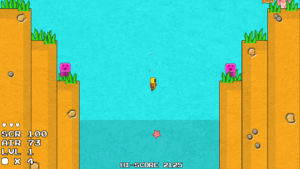 There’s some real good variety in the levels. Some are more threat focused, with naval mines clustered in tight proximity, for example. Others are puzzle-like in nature, and will have you finding switches to open doors, or navigating through mazes with low visibility. Careful in the latter – if you touch an unseen spike entering a dark passage it’s instant death. 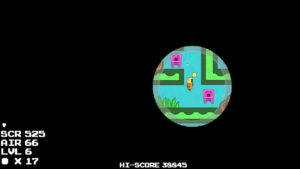 This game has an older school difficulty. Even its easy mode is closer to normal. Much of the challenge is fair, although I did notice the occasional inconsistency with hit detection. With limited lives expect to see the continue screen, especially in the second half of the game. There’s a checkpoint system after each boss, which is actually ideal spacing. The problem occurs when you shut your Wii U off – the save vanishes, even though your high score remains. 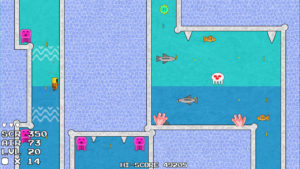 The majority of the levels in Booty Diver aren’t that short. Having to beat the game in a single sitting of a few hours is a bit much for me, and I suspect I’m not in the minority here. Forcing you to replay earlier levels that you’ve already mastered might turn initial fun into tedium – it’s what happened to me. I’m an old school gamer, but even the NES pioneered saving battery backup! It might seem like I’m harping on this one point, but it’s sizable. It had a ripple effect on my entire experience with the game.

Overall, I feel Booty Diver is pretty good (even better by NWF standards), but it’s left treading water by lacking a proper save feature. It really doesn’t add any challenge, just annoying inconvenience. It also discourages exploration, by making me want to blitz through the levels as quickly as possible. Alternating with my wife helped some, (there’s no real multiplayer mode) but at the end of the day, Booty Diver leaves me somewhat bored. The game is presently $7.99. It’s been patched to make the experience less buggy, but I simply can’t score it any higher in its present state. That said, Xavier Orion Games has intrigued me, so I really am looking forward to their sophomore effort on Nintendo hardware.

Overall, I feel Booty Diver is pretty good (even better by NWF standards), but it’s left treading water by lacking a proper save feature. It really doesn’t add any challenge, just annoying inconvenience. It also discourages exploration, by making me want to blitz through the levels as quickly as possible.