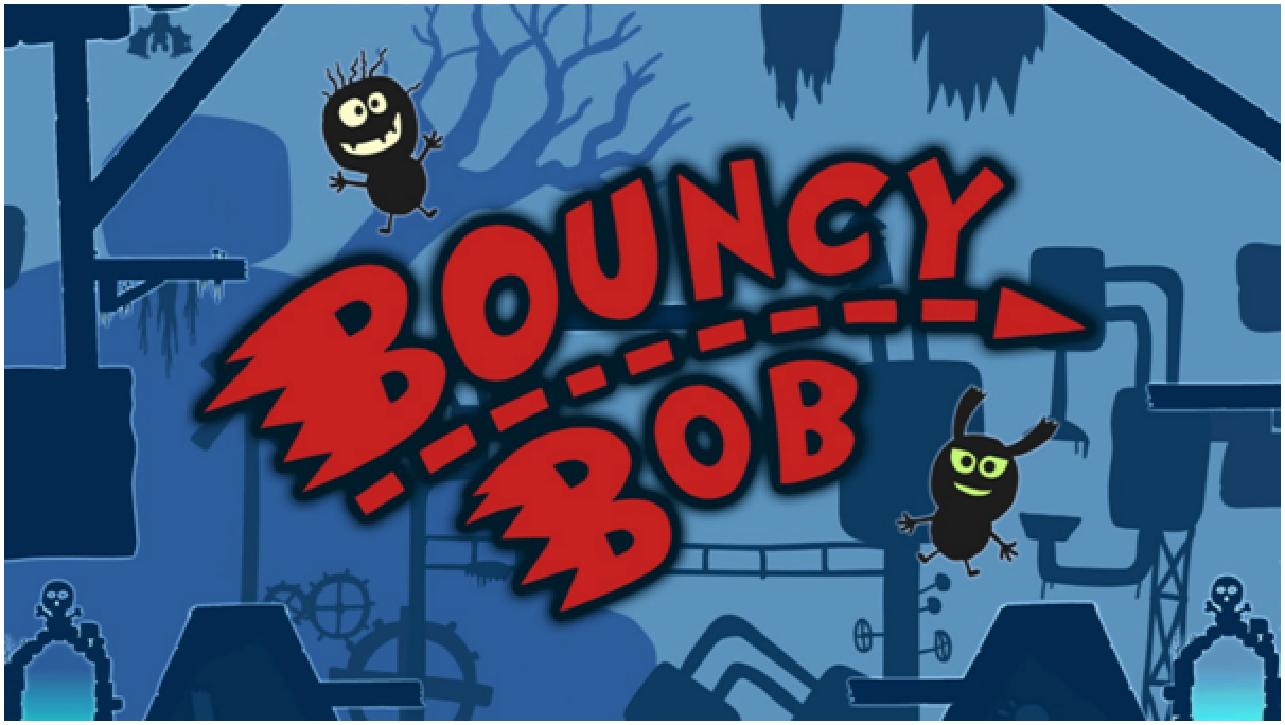 Dying countless times in Bouncy Bob’s fourth single player level (out of fifteen), I eventually paid attention to the tips the game was giving me between each attempt. “Patience”, the loading screen told me, and it turned out to be very valuable advice. After learning the game’s very simple controls, hold A to charge and let go to jump in the direction Bob is swaying, I expected the game to focus heavily on precise jumps, and while that’s definitely important, it’s equally about strategy, if not more. Each level asks you to defeat as many zombies as possible by bouncing on their heads before the inevitability of your demise, allowing you to progress to the next map only if you put enough undead back in the ground before you join them yourself. This is no small order, with zombies sprouting from the ground randomly around the map, it’s easy to find yourself surrounded by these creatures that, for zombies, have surprisingly quick reactions and will almost certainly cause a lot of frustration. When I started looking at the game as more of a strategy platformer, I found it more enjoyable, and less rage inducing. It’s fun to look at the level layout and plan a route through it, considering platforms where zombies don’t spawn and power ups too, then testing the route and iterating over it with adjustments until it eventually works. Whenever I found the right strategy to a level, I didn’t just meet the score threshold to advance, I smashed it, despite previously not coming close to reaching it. 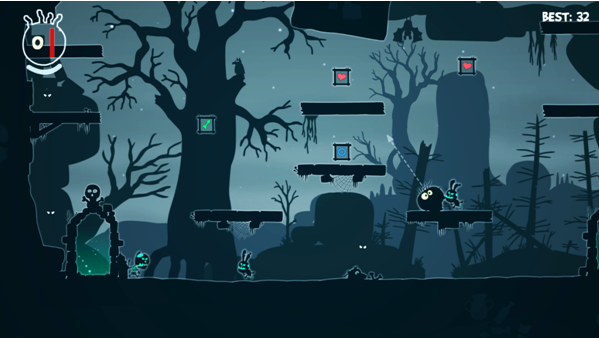 Though the game can be satisfying once played the right way, it’s still not free from frustration. The inability to quickly restart a level from the pause menu is a notable inconvenience, yet isn’t surprising given you also can’t cancel a jump once charged. This forces you to kill yourself in many cases when you could have survived if the game just increased its control complexity from one button to two buttons. Above all, the core jumping mechanic makes Bob difficult and slow to control, so if you don’t have the patience to deal with the first two minor annoyances, I can’t recommend Bouncy Bob to you, but if you can and with buckets of patience to spare, you may find some enjoyment out of the game. 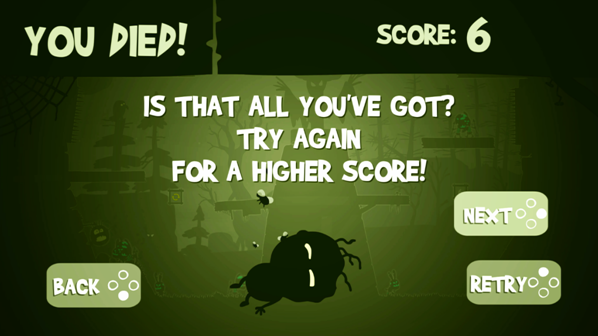 Aside from the core gameplay, Bouncy Bob makes no attempt at a story and the visuals are simple, but not simplistic. The art style presents the game’s environments and characters all as silhouettes, effectively setting a haunted theme for the game. The background colour of levels swaps every few attempts in a clever and cost-efficient way to add variety, and all fifteen levels share roughly three music tracks that rotate in the same way. 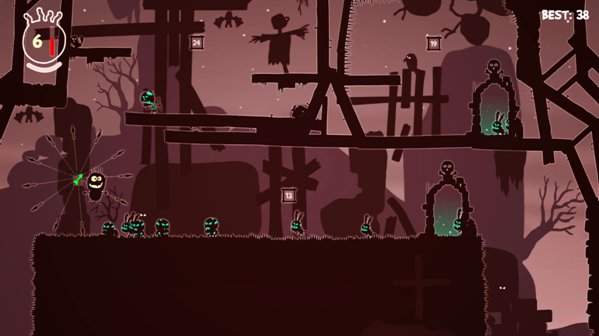 The game’s local multiplayer mode makes it a good for on-the-go fun with friends. With a control scheme that requires just one button, the split joy-con configuration has no drawbacks for this game. This makes it easy for any group of two to four players to enjoy fruitlessly trying to jump on each other’s heads in any of the five available multiplayer maps. The mode is definitely barebones, offering no gameplay customisations beyond map choice, but it’s better than nothing and will definitely lead to a few laughs with friends.

Bouncy Bob’s cumbersome movement combined with remarkably fast-moving enemies makes the game difficult to recommend to most people. But anyone with large amounts of patience who’s searching for a strategic platformer with simple controls will enjoy the game. Despite its already low price, the amount of content in the game is still very thin so anyone interested in buying should wait for a sale