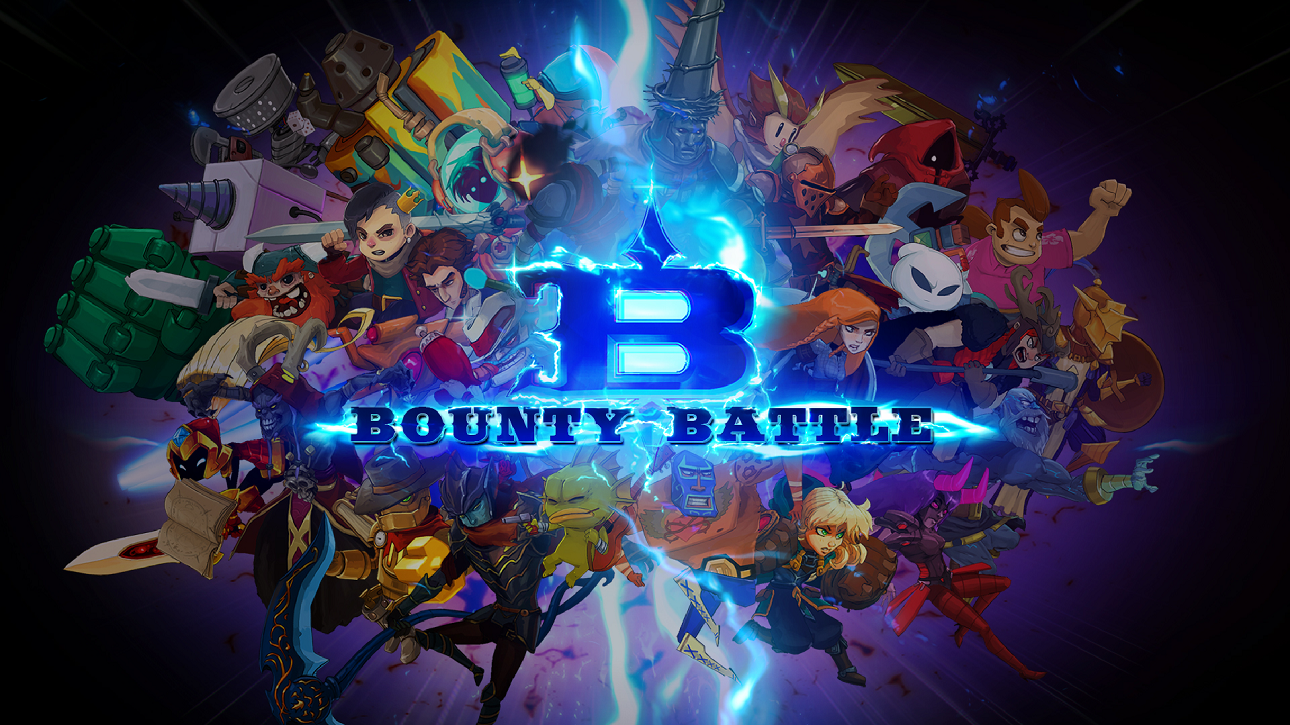 Bounty Battle seemed a promising fighter, taking many familiar (and less known) indies and sticking them in a Smash Bros. style game. But, it comes up well short in most respects. Unfortunately, this is no good fighter.

It does have a cool intro, though, even if the fun story you expect to get developed from it never transpires. It’s an opportunity missed for sure with all of these characters. That seems to be a consistent theme with Bounty Battle, missed opportunities.

The tutorial feels rushed. Messages will flash by before you have a chance to finish reading them. It’s one of “A host of game modes,” which also has a “Training Room” among them. Where’s the area that lets me remap the controls? Or select difficulty settings?

Tournament leaves me with this question: “Why do I always have to start with the same character?” Again, an opportunity missed to take full advantage of this indie cast. The flow also makes the suspect AI stand out. Sometimes I get hit, and I’ll wonder how long it’ll be before I can even get up again. Other times, I win with ease.

The game defaults to Versus and Local, perhaps subtly admitting that the Tournament and other modes are weak. But these lack that pick-up-and-play quality you might expect from an indie Smash. The “Minion” sidekicks that fight alongside you, while loaded with potential, barely seem to do anything. There’s no online either—missed opportunities.

Visually, Bounty Battle is on the darker side. Combined with several distracting effects, it impacts visibility, and thus playability, especially in handheld mode. The music’s not bad, but certainly not enough to compensate for the graphical issues. Did I mention the game has lots of slow down? Quite a bit of s-l-o-w down.

Despite some bold self-promotion, “The ultimate indie fighting game,” this is not. Can I give Bounty Battle a slight recommendation for character diversity alone? No, I can’t. There are excessive issues through and through, including (but certainly not limited to) lack of fluency, gameplay variety, and depth. The shortage of entertainment means I won’t replay this one much, and at $24.99, you probably shouldn’t play it at all, unless a patch arrives.

Can I give Bounty Battle a slight recommendation for character diversity alone? No, I can’t. There are excessive issues through and through, including (but certainly not limited to) lack of fluency, gameplay variety, and depth.