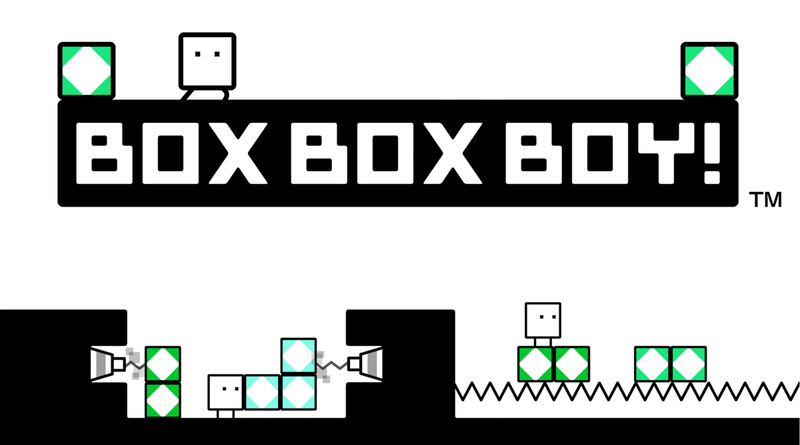 BoxBoxBoy! is the sequel to the puzzle platforming game BoxBoy, developed by Hal Laboratory Inc. Starring the lovable square, Qbby, you’ll have to use his new ability of creating two sets of boxes in order to solve some tricky puzzles and save the day.

While having the ability to create boxes may sound like an odd choice for a video game super power, BoxBoxBoy! does a fantastic job of challenging you to think “outside the box” in order to collect all the items and beat the stage at the same time. At the beginning of the stage, you’ll be given a set of “rules” you must abide by, and this is where the game gets its challenge. Some stages may allow you to create two sets of boxes up to four boxes long, while others may limit you to just two sets of two. You’ll also have to consider how many boxes you have at your disposal if you want to collect everything. 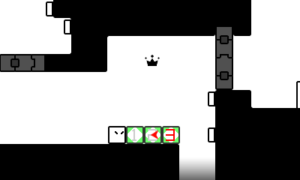 Hidden throughout all the stages are collectibles known as crowns (usually one or two per stage), and finding all of them within the level will net you extra gems when you complete a stage. These gems can be used as currency to unlock new costumes, mini comics, and even music within the game. The catch is, if you use too many blocks to solve a level’s puzzles before collecting all the crowns, they’ll disappear and you’ll have to replay the stage in order to have another chance at collecting them. This is a fun way to get you to think about solving the puzzles in the most efficient way possible, and it adds more complexity to the game. 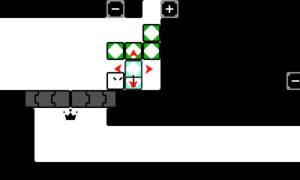 As you progress through the game, each world will present you with new mechanics so you’re using your block making powers in new and interesting ways. Some worlds may focus on you using your boxes to connect a positive and negative circuit to open a locked door, while others may have you creating specific shapes so you can use them to grapple up to higher ledges. This keeps the game feeling fresh, and you’ll have to combine the techniques you learn in order to solve all the puzzles. 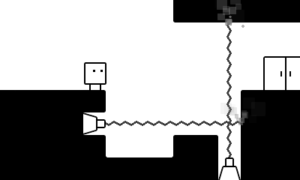 Controls are fairly simple, with the D-pad controlling Qbby’s movement, and the B and Y buttons assigned to jumping and box making respectively. The music has a light and atmospheric techno beat to it, and I found myself enjoying the tunes as I made my way from world to world. Graphically the game is very minimalist, yet Qbby himself still has plenty of charm that more than makes up for this. If you get stuck, or feel like you could have done a section more efficiently, the game features checkpoints that you can restart at with a press of the L and R buttons. BoxBoxBoy! also features a hint button that you can use if you get stumped by a particularly hard puzzle. These hints are completely optional for those who don’t want help. 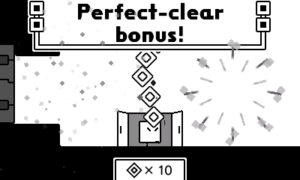 At the end of the day, with over 11 worlds filled with puzzles that use Qbby’s box creating mechanics in new and interesting ways, BoxBoxBoy! ends up being a solid puzzle game for $4.99 on the eShop. For those who enjoy puzzle games and are completionists, much fun can be had here. Unlocking all of the game’s costumes and other goodies is a big part of the challenge, and you’ll most likely have to replay stages in order to collect everything. For those uninterested in puzzle games, the art style and minimalist story telling may be off putting.