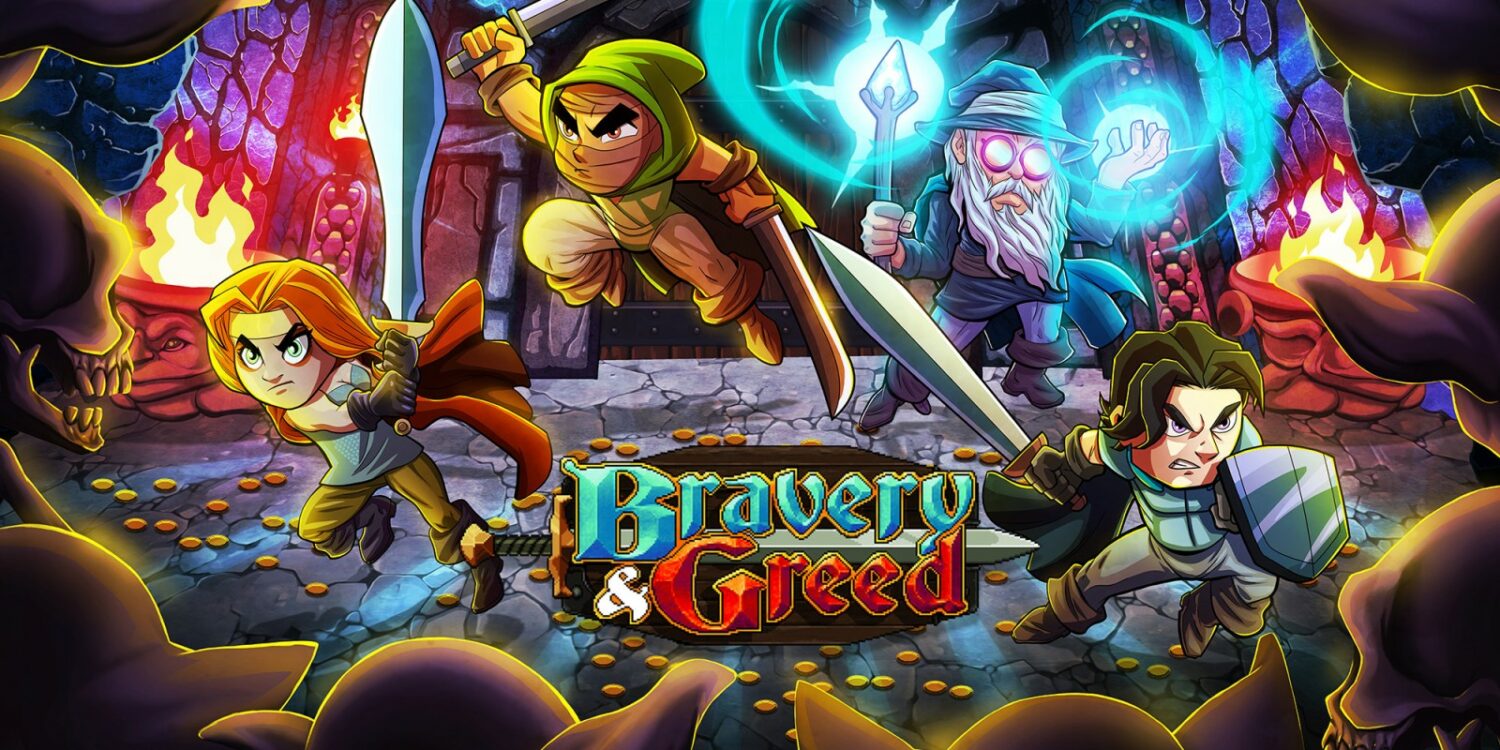 Bravery and Greed is an action-adventure game for the Nintendo Switch. It features a cast of fantasy-inspired heroes, hordes of undead villains, and an array of caves to explore and plunder. In short, it’s another roguelike. Yes, there are plenty of roguelikes out there to choose from, and it takes a lot to stand out from the crowd. Thankfully, Bravery and Greed does plenty to capture your attention.

The premise is simple; choose your character, and journey through five worlds to pillage and plunder as much as you can. You can play as various fantasy-based types, including a sword-wielding fighter, a thief, and a magician. You can also choose the color of your clothing, useful to differentiate from each other in multiplayer mode. 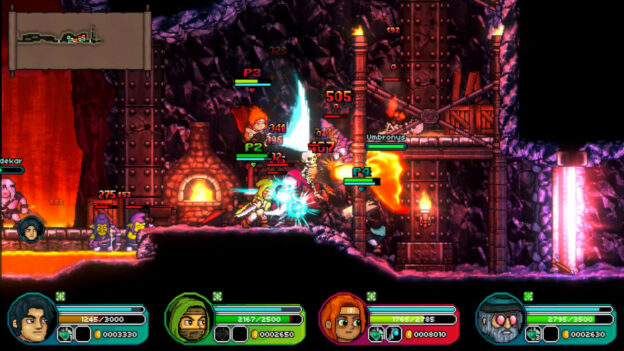 The action takes place within caverns littered with treasure and enemies. The gameplay feels like a blend of platforming and brawling, with tricky traps and satisfying combat aplenty. Each area looks terrific, with retro-styled pixel-based graphics featuring detailed sprites and backgrounds. There are some nice settings included to customize your experience, such as toggling between pixelated or smooth graphics, and turning off blood.

As with any roguelike, runs are procedurally generated, meaning you won’t see the same map twice. I’m not typically a fan of this style of gameplay, but the levels are so large and sprawling, it’s not immediately obvious that you’re playing a different version of the previous run. It renders well, too; some randomized dungeon-crawlers can trip up when areas don’t mesh properly, requiring you to backtrack to find another path. That isn’t the case here. Discovering hidden passageways to find treasure feels rewarding, with levels that feel like they’ve been designed properly. It makes it all the more enjoyable. 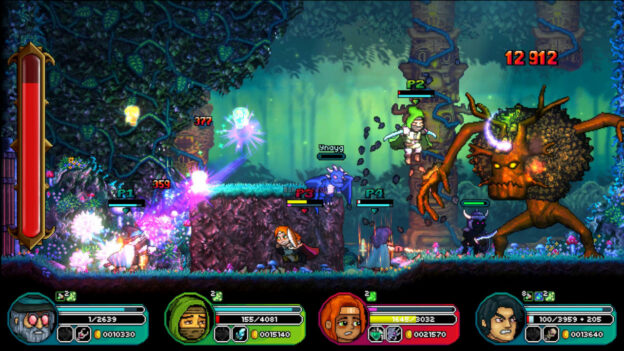 The enemies are tough and varied, ranging from skeletal warriors to giant leeches. It’s super satisfying to plough through hordes of goblins or gargoyles to earn gold and other rewards. Boss fights occur as well, and these difficult foes provide a sense of accomplishment when you finally defeat them. I also love the inclusion of discoverable animal and human companions, who assist on your journey once rescued.

You keep your gold after you die, adding to something called a greed-o-meter. The more you earn, the more you’ll unlock for your next adventure. Death is not entirely permanent; yes, you’ll have to restart after dying, however you can restart from any conquered level. You can also equip collectible cards to help out during your next run. These affect how much gold is collected, the amount of damage inflicted, or your health. The more treasure you gather, the further you’ll be able to progress. 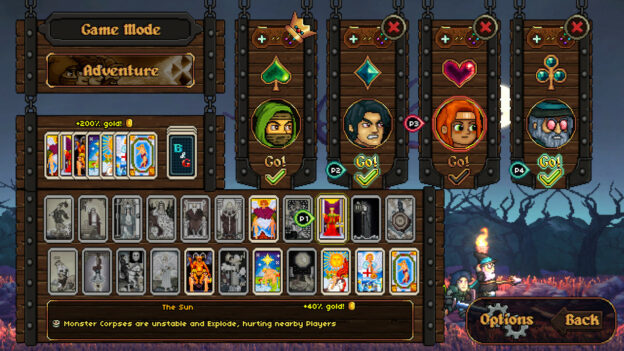 Bravery and Greed is fun to pick up and play in short bursts. It’s even more fun with friends. Bravery and Greed allows four players to join the fray, though I would have preferred to see a drop-in, drop-out mechanic. As it is, you’ll all have to be present at the beginning of a run. There’s also an online mode, so you don’t need friends to be physically with you. This is a fantastic inclusion, though I had trouble finding a room to play in. It’s a shame as this would have been a fun mode to try.

Overall, Bravery and Greed is a good-looking roguelike with platforming and brawling elements. The characters are great, the fighting satisfying, and the levels just the right length and difficulty to encourage replay.

Bravery and Greed looks good and plays well, adding platforming and brawling elements to the roguelike genre. The characters are fun, the fighting satisfying, and the levels balance the difficulty to encourage replay.