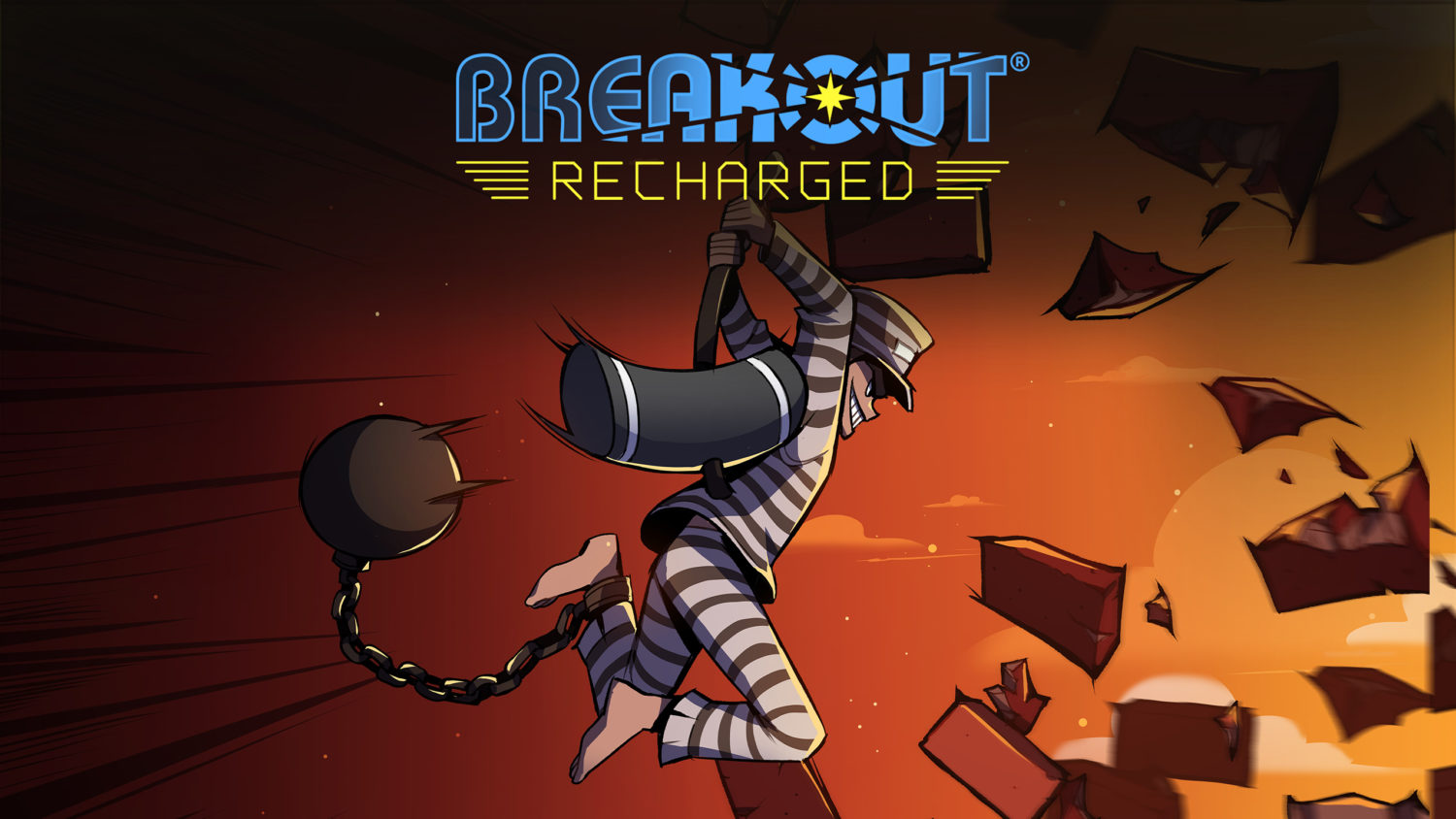 Despite not growing up during the height of Atari 2600 age, I’ve always loved the game Breakout. There’s this addictive simplicity to the game that always made it such a fun experience. So when Atari announced its Recharged series (bringing classic games back to life on newer systems), I had my hopes up for more Breakout fun. Yet what we get instead is a Breakout game flawed by its needless additions and lack of true innovations. There’s enjoyment to be had but in a very limited amount. 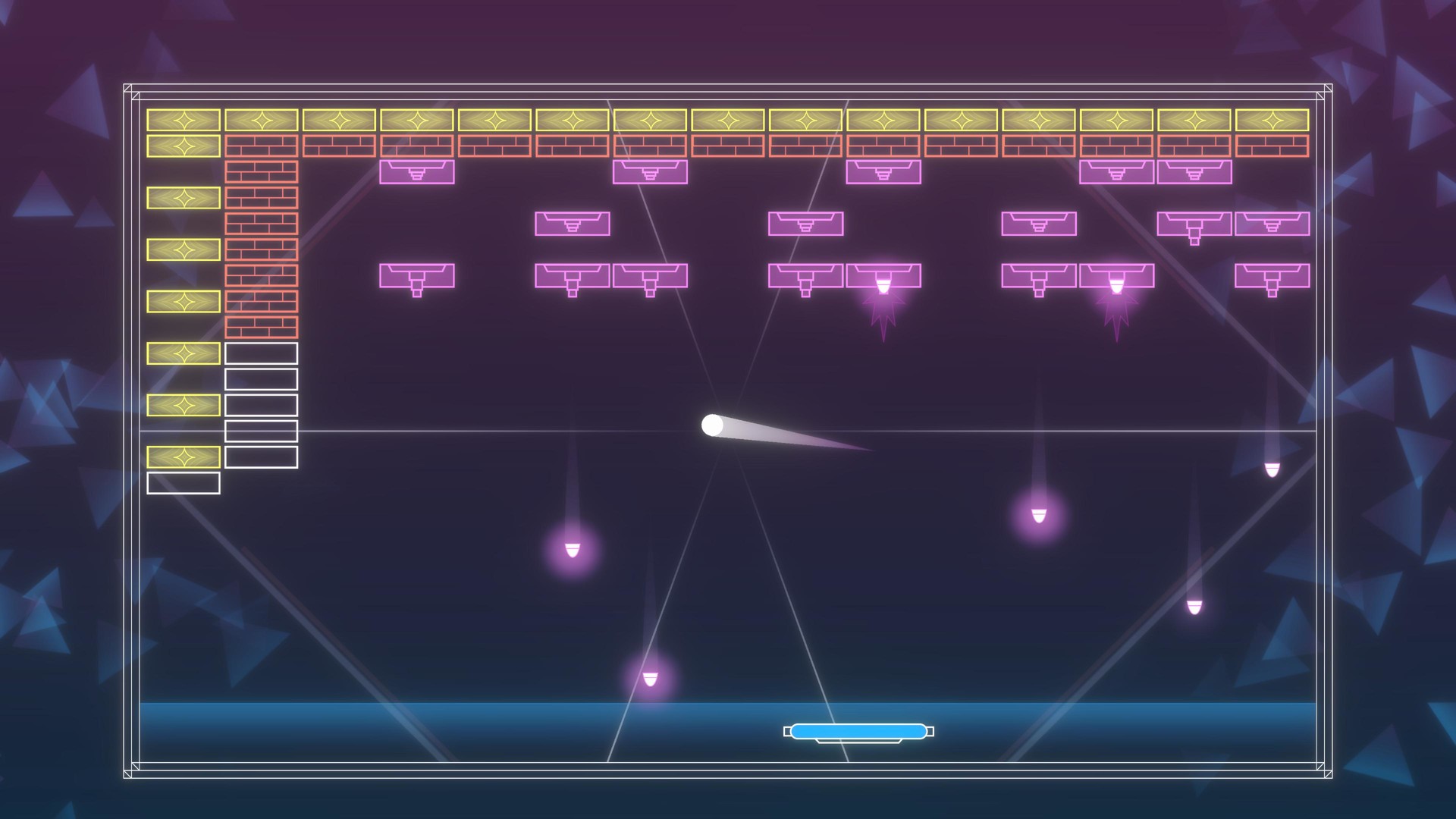 In Breakout Recharged you do get a number of features not present in the game’s original release 40 years ago. There’s an achievement system and power ups that change each session. There’s also a leaderboard system, although this is quite a flawed experience. While the leaderboard touts being able to see how players around the world did, you can only see how you and a couple other people did, and that’s it. The achievement system is an interesting addition, as it basically adds challenges to the game. Examples are “last 480 seconds in a single match” or “knockout 1000 blocks.” It’s simple but also not very rewarding. Completing the challenges doesn’t really add anything besides a medal in the achievement screen.

My biggest issue with Breakout Recharged is that while they attempt to make new additions , it also fundamentally breaks (no pun intended) the game. The idea of adding power ups as you complete each screen sounds like a good idea on paper. The problem is that the power ups aren’t very interesting; instead they’re incredibly distracting. Once such power up is an exploding ball. There’s no set rule to when the ball will explode (or at least none that I found), nor does the ball’s explosion truly help destroy massive amounts of blocks. It simply explodes at a random point, which throws off your rhythm. 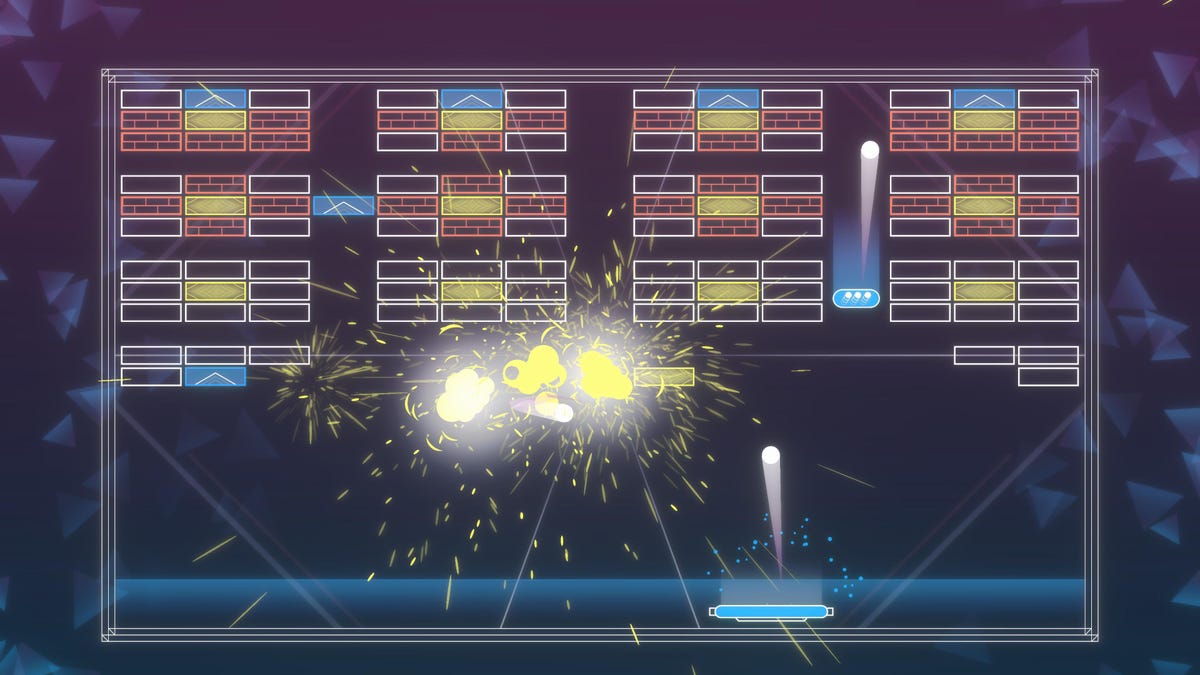 Another example is when you are upgraded with a gun on your platform. The gun is able to shoot blocks away while you still have to juggle the ball on screen. Again it sounds fun on paper but is incredibly distracting when trying to focus on keeping the ball in play. It just doesn’t really add anything that’s fun to the experience. Maybe I’m old school, but what I want in my Breakout experience is a good game of Breakout. I don’t need weird additions to the gameplay that don’t truly add any value.

What you get with Breakout Recharged is an attempt to bring the series into 2022. The problem is that the original game from 40 years ago is much better than today’s version. The additions that are supposed to make the series stand out ultimately pulls it down. The most fun that you will have is in the first minute or two of each match, when none of the power ups are in play. That’s when you get a true Breakout experience.

While there is fun to be had with Breakout Recharged, I really can’t suggest you go out and buy it at lunch. At $10 the game is simply overpriced and not worth your time. When the game is finally on sale, that would be the best time to experience this version of Breakout. Otherwise there’s a really good Atari Flashback Collection on Switch, which is a much better investment to enjoy these classic games.

While there is fun to be had with Breakout Recharged, I really can’t suggest you go out and buy it at lunch. At $10 the game is simply overpriced and not worth your time. When the game is finally on sale, that would be the best time to experience this version of Breakout. Otherwise there’s a really good Atari Flashback Collection on Switch, which is a much better investment to enjoy these classic games.