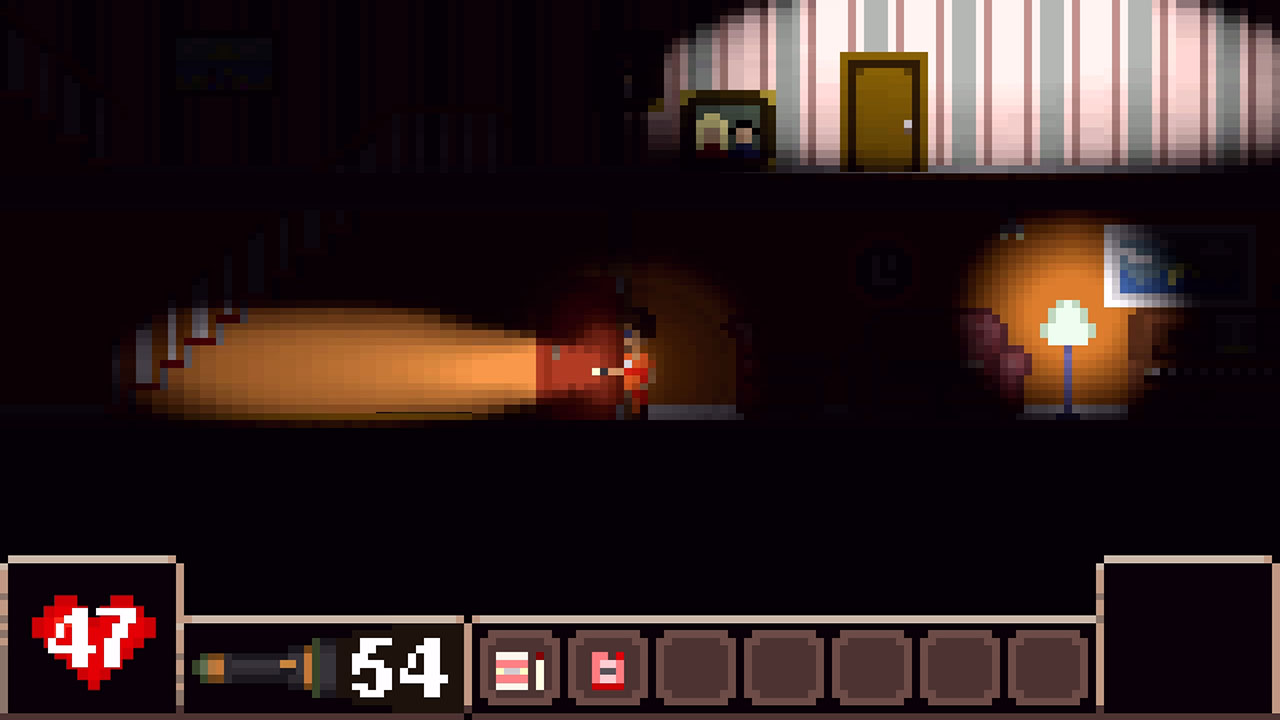 In pixel graphics, no one can hear you scream.

Take a look at this screen capture. Does it scare you? 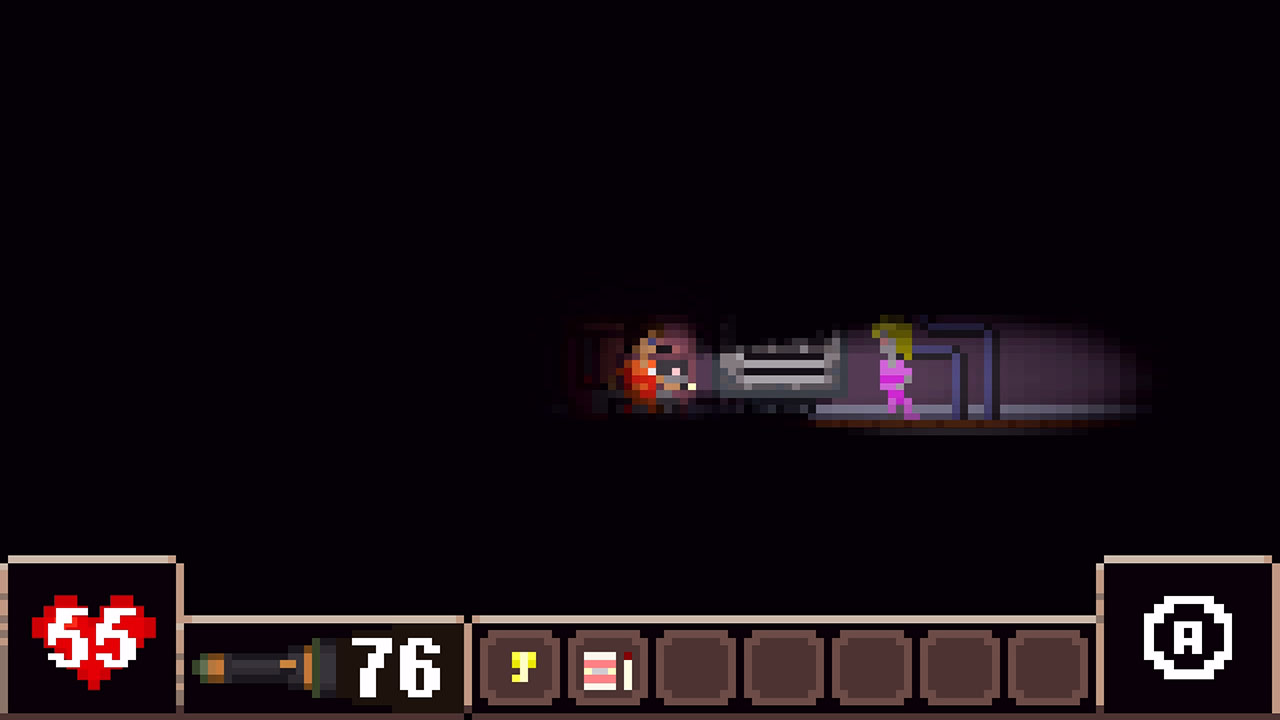 Could it scare you if the setup was right?

If not, there’s not much reason to play Breathing Fear for Nintendo Switch. The winner of the Games Jam: Gamm, its entire existence is based on the notion that pixel graphics can be creepy. Well, pixel graphics and a good story. I’m not sure it’s entirely successful in that regard, but I remained intrigued as I played through it.

Breathing Fear starts you off outside a house with nothing more than a flashlight and a prison jumpsuit. No introduction, no directions, you just enter the house and start looking around. Of course, story elements are revealed as you progress, and the narrative does become somewhat intriguing. You have a connection to the house, you just need to find out what it is. 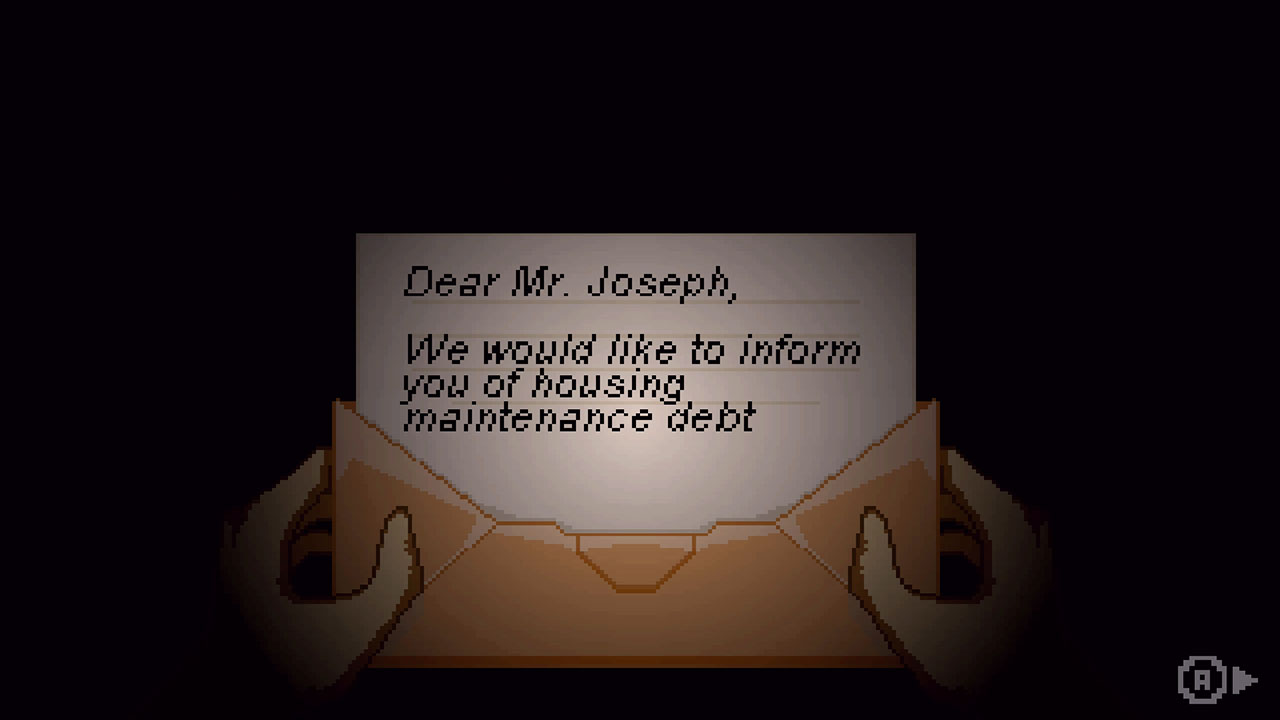 That, however, is not easily done. Your heart apparently isn’t up to the task, and you’ll die if you get too frightened. So, each time you see a mysterious figure float past a window or a word (threat) appears scrawled in blood on a wall, it pushes you closer to death. 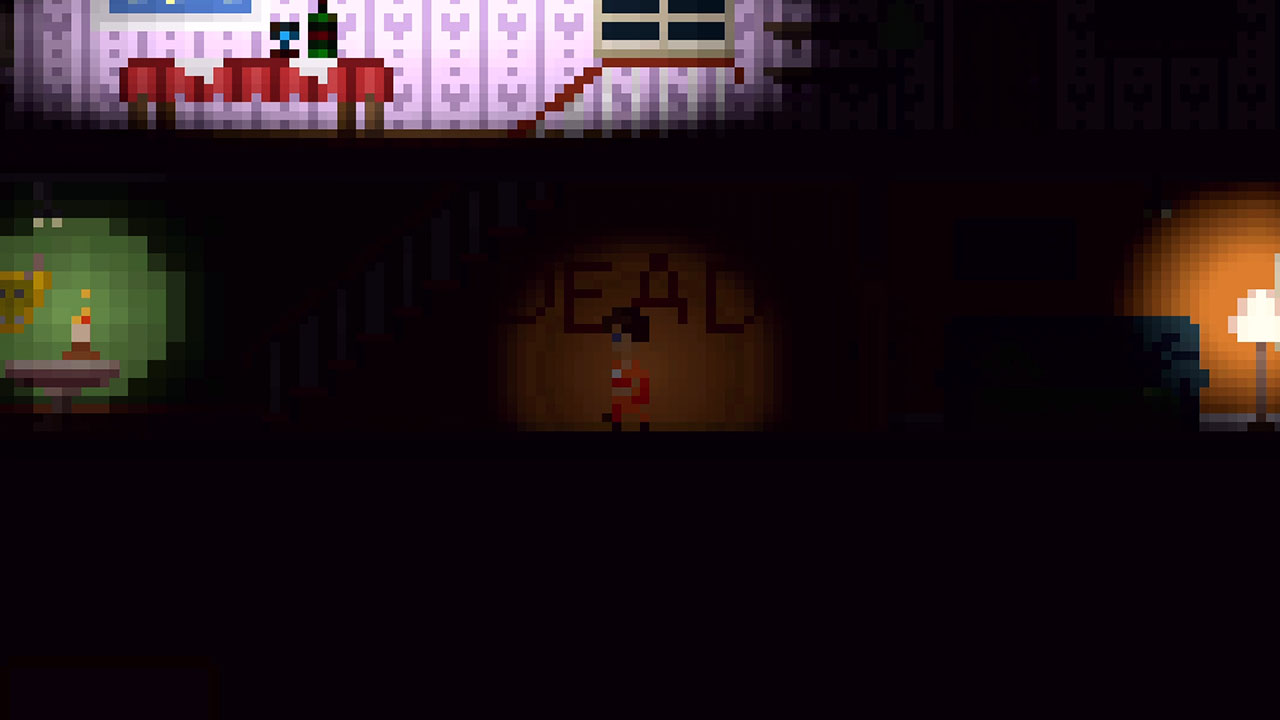 It doesn’t help that the house is enshrouded in darkness, and you’re afraid of the dark. You have a flashlight, but it drains very quickly. If it goes out, your heart meter goes up. You may be a prison escapee, but even hardened criminals can be afraid of the dark.

As such, the bulk of Breathing Fear is centered around managing your light and fright meter. Keep the flashlight lit for exploring the dark, but find methods to illuminate rooms as you explore them so you can shut it off as often as possible. You can also ease your heart rate by drinking any alcohol you find. I’m not sure that makes perfect sense, but honestly, those ghost hunting shows would be much more entertaining if everyone in them was totally drunk. You’re not going to get drunk in Breathing Fear, you’ll just need to balance your heart rate and batteries throughout the whole game as you search for clues, and you’re going to die quite often.

Now, that would be fine. Each time you start over you’ll remember where you found batteries or matches, for example, so you can pick them up without wasting too much light getting there. However, each time you die, you go back to the beginning of the game. The very beginning. There are no save points, so you’re starting from scratch each time. This is not a big deal when you’re just starting, but remembering what is where and having to do it all over again after a prolonged gaming session is pretty rough. 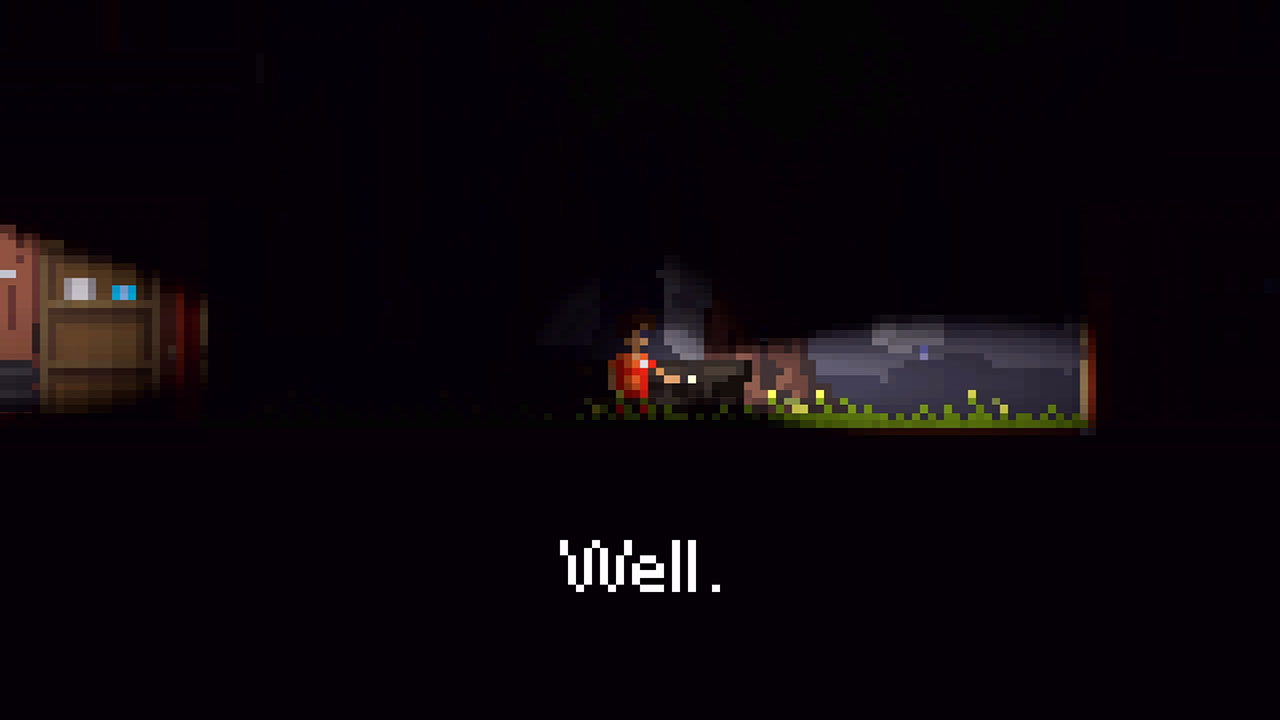 When you finally do get the right sequence to reach the Breathing Fear’s proper ending (or maybe one of multiple proper endings), you’ll find it’s actually a very short game. Replay value is based solely on dying and having to start from the beginning in order to better manage your scarce resources while going straight to the clues and story events; find this key faster to get that door opened faster to reach the batteries faster to access this room faster. That’s the bulk of the gameplay right there, and even then it doesn’t take very long. It’s fun until it isn’t, and when you reach that point you’ll have to determine whether it’s worth it to keep trying.

Oh, and about the pixel graphics. They’re too big and blocky to be enjoyed in TV mode, but they’re kind of fun (and more effective) if you’re playing Breathing Fear in handheld mode with headphones on. In the dark. If you’re going to play a horror game, after all, you need to play it right.

You’re not going to get much replay value out of Breathing Fear, but that’s expected at its asking price of $5.00. It’s best enjoyed in one prolonged gaming session, so it’s more effective as a slightly unsettling way to kill a couple hours on a road trip…hopefully to an abandoned house in the middle of the woods on a very dark night. Remember to pack your batteries and alcohol.