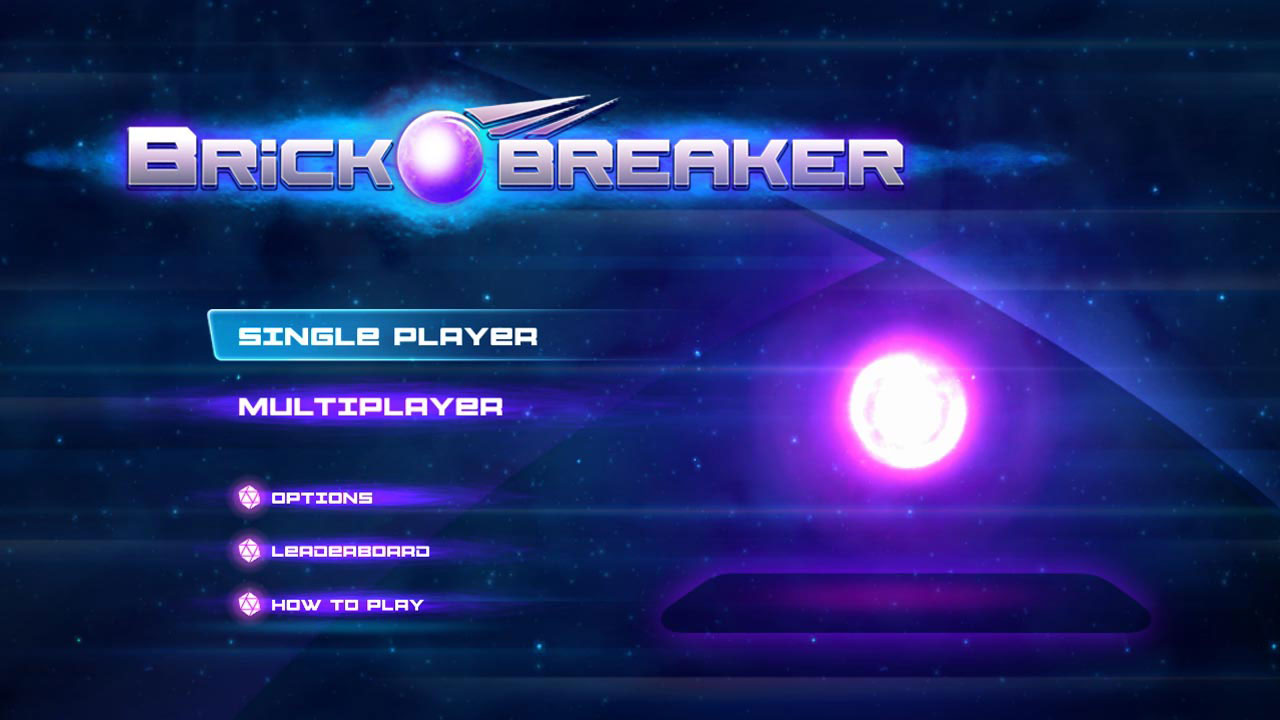 As you may have guessed by the name, Brick Breaker is yet another clone of the arcade classic Breakout. However, it claims to be ‘a breathtaking new version’, ‘filled with surprises’. Does Brick Breaker manage to separate itself from the plethora of clones, or is it one to be forgotten?

I’ll start off by saying that if you’re expecting some completely new take on Breakout, you’ll be disappointed. Brick Breaker doesn’t have a whole lot that I haven’t seen before. But that doesn’t mean it isn’t a fun game. Despite its flaws (which we’ll get to later) I enjoyed my time spent with Brick Breaker. It contains 100 levels that start off easy enough, but get very challenging as things go on. There are many different power-ups, like multi-ball, a magnetic paddle, fireball, and lots more. There are also some negative ones, like inverted controls and a smaller paddle. I enjoyed having such a big amount of power-ups as it made the gameplay feel more exciting. 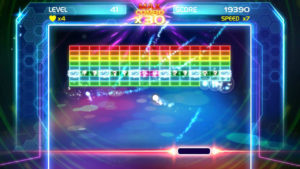 Single player gives you two modes to choose from: Arcade, and Survival. Arcade lets you go through the levels one by one. After completing a level you type in your name and are given 1 to 3 stars depending on your score. You get 5 balls per level, which may seem like a bit much at first, but you’re going to be using every one of them as you get to the harder levels. Survival starts you at level 1 and lets you see how far you can get with only 5 lives. This mode is extremely hard, and based on the fact that I had to restart many times on some levels, I never got very far in it. However, I can see myself playing it more after I improve my skills. I liked how you can score combos for breaking numerous bricks in a row, and how the levels can get creative with the brick placement. 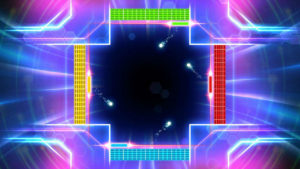 I was impressed that Brick Breaker actually included some multiplayer modes; and they actually aren’t half-bad! There are 3 modes here, playable with up to 4 players. Versus mode let’s you try to bounce balls past your opponents, scoring 1 point per ball you get past them, but losing a point for every ball they get past you. Rush mode has you competing to get to the center of a wall of bricks, with each player having their own bricks to break. Finally, Base Defense mode has each player guarding their own wall of bricks from balls hit by others. If a ball gets past your wall, you’re out. I personally found all of these fun; they are a welcome addition. 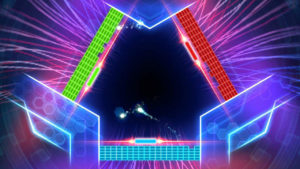 I did mention earlier that the game has its flaws. And the one big glaring flaw that really disappointed me was the frame rate. There is no reason for the Wii U to not be able to handle Brick Breaker with a smooth frame rate! Yet it drops; this occurs both in multiplayer modes, as well as the single-player when there’s lots of stuff going on. This really makes the game much less enjoyable, as most of it relies on quick reflexes, and I certainly hope this will be fixed in some later update.

Another thing I didn’t like was how unpredictable the ball is. At first, I thought that it was just my poor skills. But after taking out my old brick Gameboy and playing Alleyway, I realized that it was the game’s physics. This takes a long time to get used to, and expect to lose many times because of this!

All in all, however, Brick Breaker is a fun game. I enjoyed the time I spent with it so far, and will continue playing it. The single player modes are pretty good, and the multiplayer is decent too. At a price of $4.99, I would recommend Brick Breaker to those looking for a fun Breakout clone, and can look past its flaws.

At a price of $4.99, I would recommend Brick Breaker to those looking for a fun Breakout clone, and can look past its flaws.