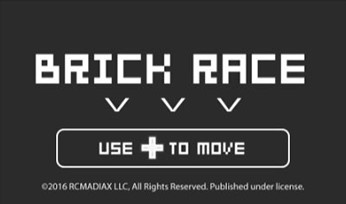 Brick Race is another budget title from Indie developer, RCMADIAX. While this game is compatible with New 3DS systems only, Brick Race doesn’t appear to need the extra processing power the New 3DS provides in order to run the game.

Graphically, the cars you race have a chunky, 8-bit style to them, and you’ll definitely find yourself thinking it looks like the cars are made out of Tetris blocks. While there isn’t necessarily anything wrong with going for a retro look, having a racing game where the cars are rendered in the simplest way possible is a little disappointing. There is also one musical track that continuously loops throughout the game, and for the most part it fits the action well and isn’t grating on the ears, which is a common pitfall when deciding to use a single track for a video game. 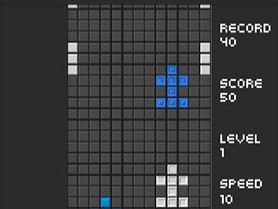 Gameplay is dumbed down to simply tapping left or right on the D-pad to dodge out of the way, (holding down left or right on the D-pad yields no response) of your fellow racers as you attempt to drive as long as you can without crashing. The longer you go, the faster your car will become, so there is a bit of increasing difficulty. The major problem with Brick Race, however, is that the track is only big enough for your car to be in one of three positions: the left, middle, or right side of the track. You cannot move your car forwards or backwards, and without any dynamic movement, you’re left with a game that feels more like a cheap calculator or early LCD game.

Although the game is a mere $1.49 on the Nintendo eShop, it’s hard to recommend this game to anyone due to the overly simplified game play, and the lack of interesting visuals. While the game does become more progressively challenging as you play, there just isn’t much substance to keep you glued to the screen. The fact that the game requires the use of a New 3DS is also a concern, as the game doesn’t appear to need the extra processing power. When all is said and done, it’s probably best to avoid this title if you’re in the market for a budget racing game.

Due to a lack of dynamic movement or compelling visuals, Brick Race comes off as a cheap calculator game, rather than the 8-bit inspired, traffic dodging game it was aiming to be.