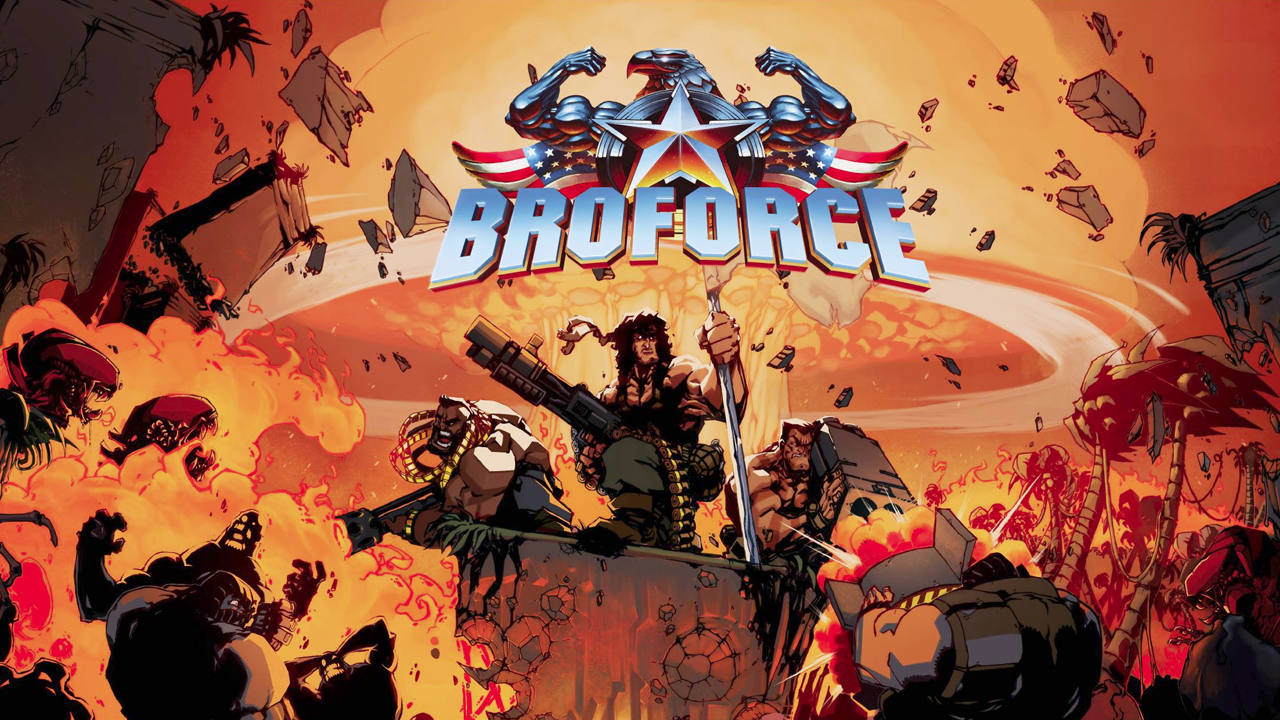 While there are a lot of movie tie-in games out there, what happens when you decide to take the characters from every action film, parody them and make them all American-loving freedom fighters? You get the testosterone-fueled mayhem known as Broforce. I enjoyed the high-octane levels, playing as various action stars, and bringing freedom to the globe. This title is a lot of fun, with side quests full of optional upgrades, loads of playable characters, and unique bosses, despite the main level sequences becoming redundant in long play sessions.

Broforce, like a good action point, sets up a simple plot in order to have a reason for the mind-melting action to unfold. All one needs to know is that there are terrorists and it is up to the elite force of Bros to bring good ole’ American freedom to the world. I find this simple premise a great way to just get straight into the game. This premise is also never set up in anything other than actually playing the game and seeing American flags sprout up as I completed levels. 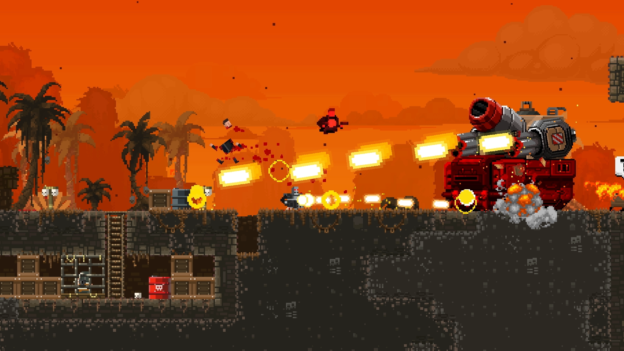 My favorite aspect of my masculine freedom fighting was the variety of playable characters that are unlocked through playing. These characters, are comical representations of famous characters, ranging from Rambro to the Indiana Brones, and become more ridiculous as events proceed.

Main mission levels are fine, but lose their excitement after about 30 minutes of playtime. The objective for these stages are the same: get to the end of the level, kill as many terrorists as possible, fight the demon, raise the flag, and leave. While the levels are varied, with different layouts and enemies, this doesn’t help once I found myself learning opponents’ patterns too quickly, and therefore losing interest quickly. While repetitive, these areas are short, and are designed with speedrunners in mind, in the sense that they provide how long it takes you to complete each stage. 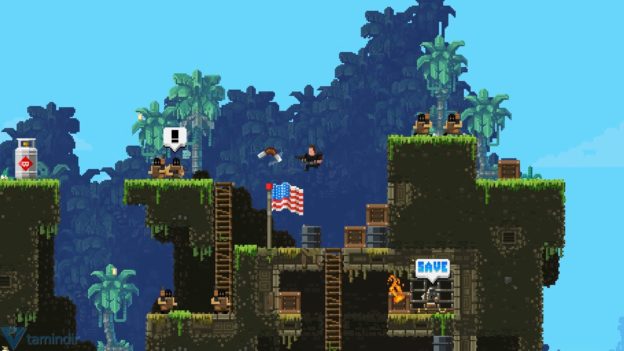 Unlike the generic main missions, Broforce really shines in the variety of bosses you are required to tackle in order to proceed. These range from a giant helicopter, named the megacockter, or Satan himself. All of these enemies require strategic thinking and require the use of the environment in order to beat them. These strategies can range from launching explosive barrels at the enemy or shooting the ground below them until they fall off the stage. I found these battles to be a nice break from the rest of the main quest line.

Another positive aspect of this title is the optional side missions, because they force you to use a certain character or meet a certain condition in order to complete the mission. These objectives, along with these restraints, unlock new power ups that can be found in crates around levels after they are unlocked.

After it is all said and done, Broforce is a great title that feels at home on the Switch. This high-octane, action-flick parody really gets the blood rushing, from the insane boss battles, wide array of heroes, and great side objectives. This title is the perfect game on the go for every thrill-seeking Switch owner.

While having some repetitive levels, Broforce is a high octane ride with plenty of unique boss battles, side quests, and unlockable characters. This high octane title is a perfect addition to the Switch with the brisk pacing of each area.