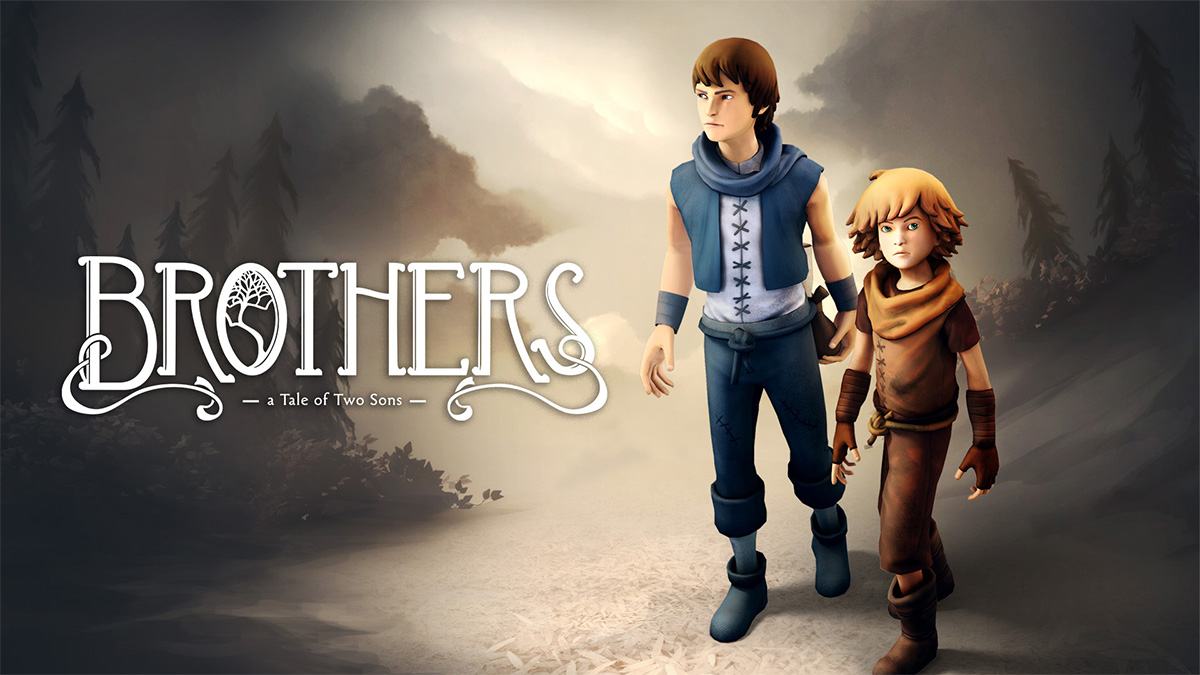 This is not my first time playing Brothers: A Tale of Two Sons. It was originally released for Xbox, 360, Windows PCs and PS3 in 2013, and I played the iPad version in 2015. The gameplay was different this time around, however, as I was able to play it with my own son—not because he was the right age to play it, but because this is the first time the game has been opened up for two players.

Brothers: A Tale of Two Sons—developed in collaboration with Swedish filmmaker Josef Fares—is a dual-stick adventure. In previous releases, the only way to play was for a single player to control both brothers—one with the L stick and one with the R. When porting the game to the Switch, however, the developers—Starbreeze Studios—must’ve realized that the detachable nature of the Joy-Cons meant that one of the controls could be easily passed to another player. As such, Starbreeze decided to embrace that inevitability and provide support…albeit with the disclaimer that the game really is meant to be played alone.

To know why you need to look at the game’s story and its puzzles. Brothers starts off with the younger of the two witnessing the drowning death of his mother. He’s too small and weak to save her. We next see the two brothers carting their sick father to the local doctor/apothecary for help. Dad’s dying, and the only cure is a drink of water from the top of a far-away tree. So, it’s up to the two sons to retrieve it in time. In video games, after all, you don’t need Big Pharma and a millionaire’s salary to get quality health insurance, you just need a Tree of Life, a strong sense of adventure, and hopefully a hang-glider. 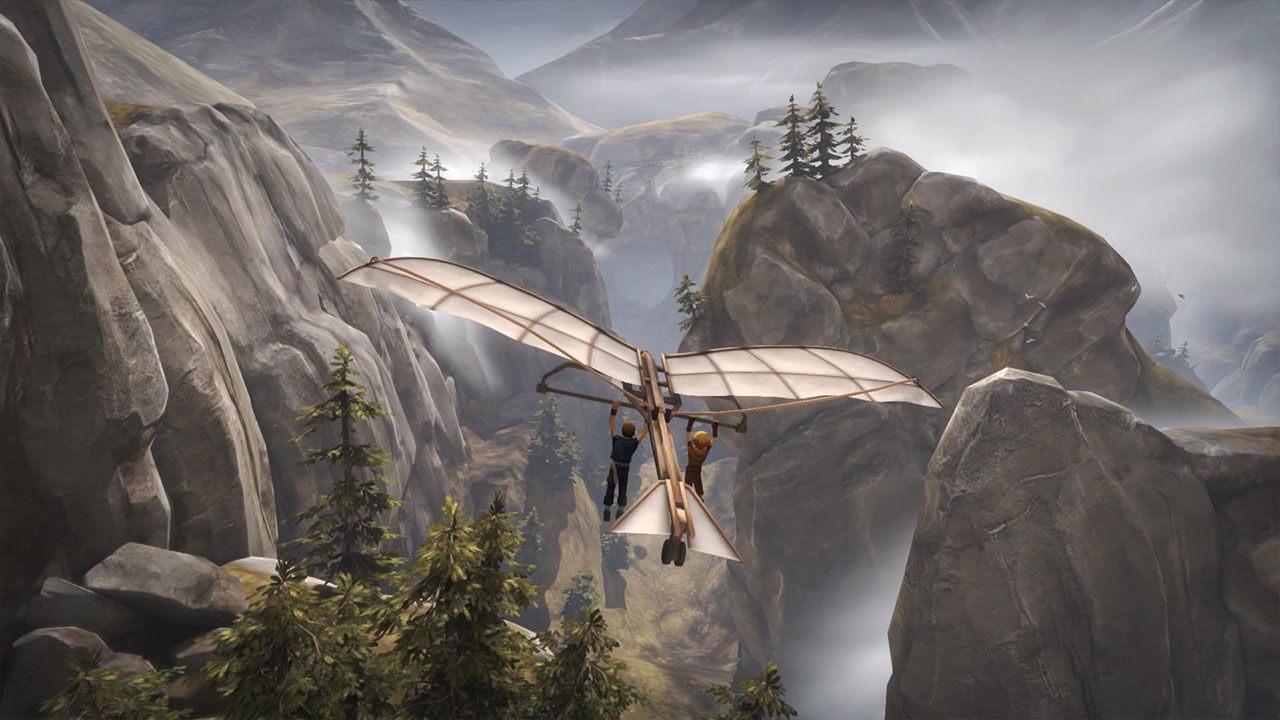 This particular adventure is mainly a series of puzzles that you must solve using the abilities of each brother. The younger, Naiee, is small and can fit into areas his brother can’t. The older, Naia, is stronger so he can pull levers, boost his brother up a level, and—most importantly—swim (Naiee has a justifiable fear of water, after all). You’ll sometimes need to move the brothers simultaneously to position and activate them, and sometimes you can move them individually so that one can, say, climb to a switch that will activate the platform that allows the other to reach a specific spot. Although a couple of these puzzles do repeat, they mostly remain unique and clever throughout, especially when you reach the point where the two brothers must anchor one another while swinging on ropes to climb up a castle. 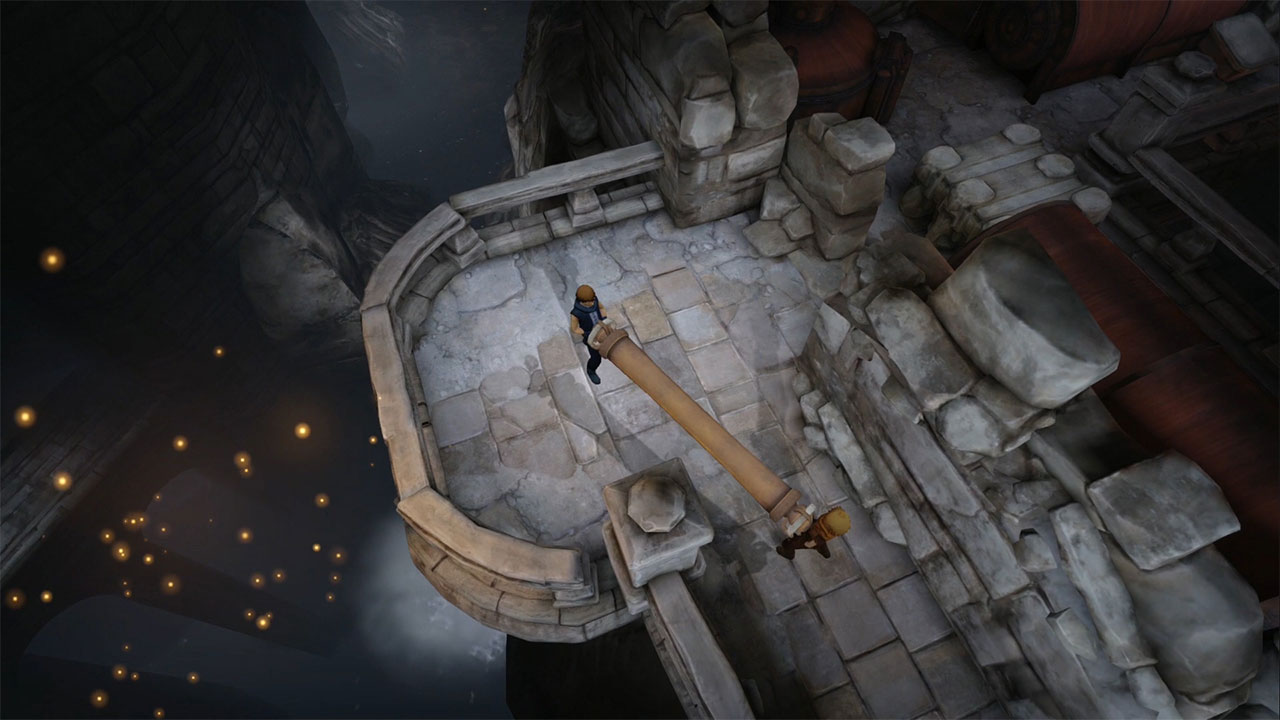 The controls become a bit more frantic when engaging in boss battles, of which there are a few. Thankfully, each battle has one brother serving a specific purpose so it’s mostly pretty easy to decide which of your thumbs should be doing what.

As mentioned, however, you can pass a Joy-Con to another player and experience the game with, well, a brother, should you have one around. This works well in docked mode, but it gets a bit crowded if you’re both huddling over the screen to play in portable mode. I played with my 7-year-old son using the TV, where we could take in the landscape’s attractive (but dated) presentation. Although doing so likely lessened the impact of the bond between Naiee and Naia (especially at the end), it was fun in a different way as he allowed himself to be distracted by the game’s NPCs and comedic moments, whereas I was more focused on the goal. It turns out he’s also very good at battling spiders.

Speaking of that, we should talk about the setting, too. Brothers pushes you down a linear path in what seems to be a standard medieval setting, but it turns mystic in a hurry when you uncover ogres, griffins, and the bodies of giant warriors that cause the rivers to flow with blood. 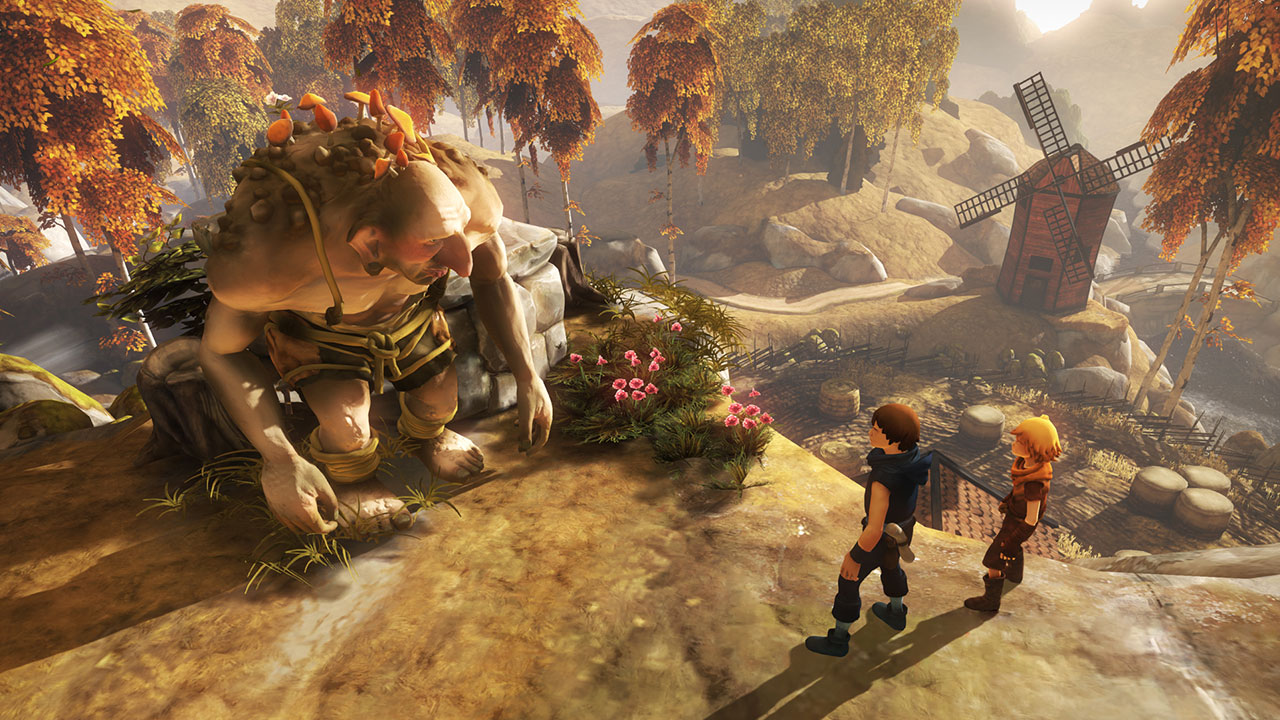 It’s also a very macabre game, as when the limbs of those dead giants actually become puzzle elements. This game may be about the bond that brothers share, and although there’s plenty of humor sprinkled about it’s still presented with a very dark tone.

It’s also effectively sad in parts. There were a couple of moments that made my son cry, as Brothers never shied away from presenting the harsh realities of life. 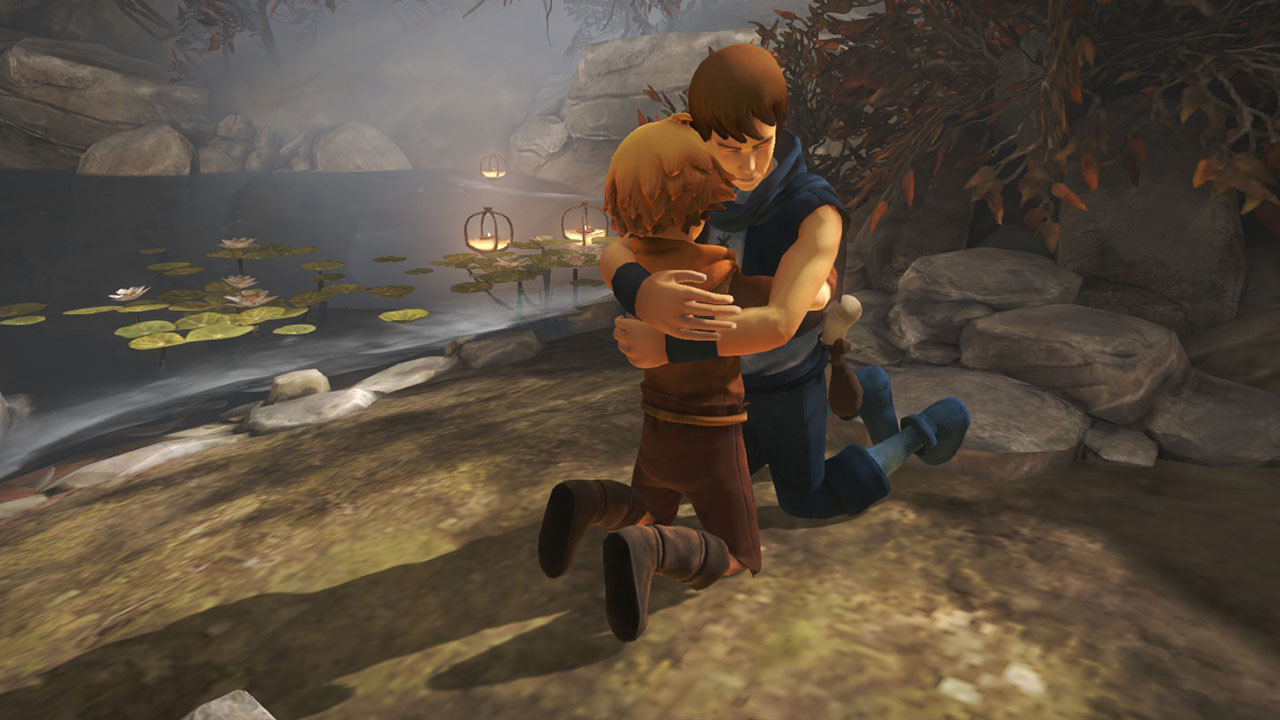 I’m fairly certain none of us will have to face the dangers that Naiee and Naia do on their quest to save their father, but the lesson remains the same; we figure things out and overcome our obstacles if we stick together, and will hopefully become stronger and braver along the way.

If you’ve already played Brothers: A Tale of Two Sons on another platform there’s not much in the story or in-game achievements to warrant another trip. Playing with a partner, however, creates a whole new experience that’s certainly worth sharing. And if you’ve never experienced this tale before, you should. The puzzles are fun, the story is touching, and it comes together in a way that’s likely to leave a lasting impact.