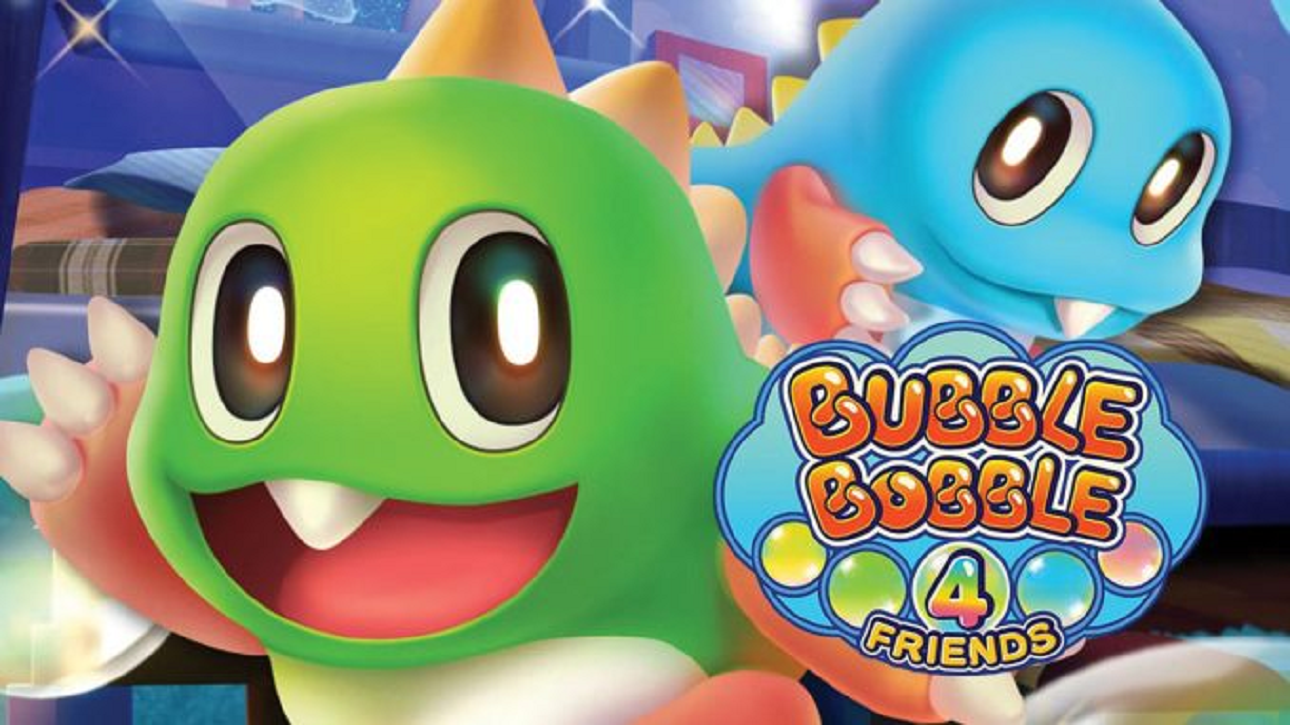 Bub and Bob have returned, but they deserve better than Bubble Bobble 4 Friends. While this latest game is fun, it’s also very short. But you wouldn’t know it to look at the launch price. What does $39.99 get you? Well, my wife and I beat the game in 90 minutes.

In fairness, this game is designed to prompt replay. After beating it, you unlock the ability to change the difficulty. Hard levels look similar while having more enemies. These additional fifty bring the level total to 100. You can also replay levels, trying to unlock every song from the in-game music player, or upgrade skills.

A handful of included skills can be helpful. Long Shot lets you shoot bubbles further, useful during the boss battles. Other skills are less so. Stop Wind, for example, lets you temporarily halt air currents. Considering these can be turned low or off altogether in the settings, the value is questionable. If you aren’t a completionist, the draw to upgrade every one of these all will probably be on the low side.

The classic arcade action remains as fun as ever, especially in two-player co-op. Having a partner to team up with, as you bubble monsters and pop them (hopefully in sync), leads to laughter and smiles. This game has four-player co-op (local only) as well, which is nothing new to the series.

Yes, Bubble Bobble Plus on WiiWare also had four-player support. Furthermore, it also had a ton more content at 75% less cost! I hate to see taking steps backward, but I can’t forget how much I played and enjoyed that value-priced, content-rich game.

Like most Bubble Bobble entries, the original game is included in Bubble Bobble 4 Friends. You’ll have to beat it in a single sitting, though. While the main game saves after every 10 levels, the arcade original makes you beat all 100 at once.

The nostalgia with Bubble Bobble is strong, something I won’t even attempt to deny. If you carry fond memories, have a friend, relative or spouse to play with, and enjoy replaying levels, this one is worth looking at once it gets a reduction in price and free expansion. I’d probably pass if you’re a solo gamer.

Bubble Bobble 4 Friends is an unfortunate step backward. It’s a fun, but very vanilla entry in the long-running series. The launch content doesn’t match the launch price, nor does it compare favorably with other arcade games available on the Switch eShop. I hate to burst your bubble, but you’d be much better off busting out your Wii and replaying the superior Bubble Bobble Plus! instead.

If Bust-a-Move (Puzzle Bobble) winds up on the Switch, I hope it won’t reflect a disproportionate effort.

Bubble Bobble 4 Friends is an unfortunate step backward. It’s a fun, but very vanilla entry in the long-running series. The launch content doesn’t match the launch price, nor does it compare favorably with other arcade games available on the Switch eShop.