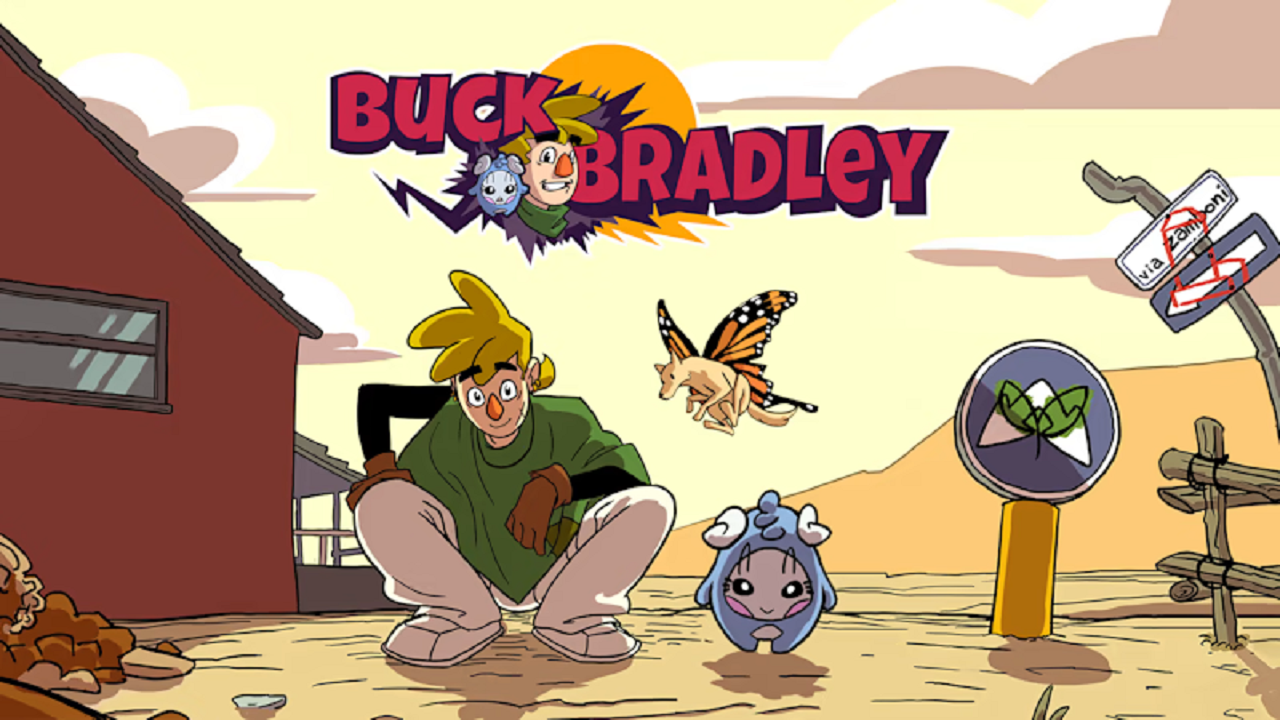 Buck Bradley Comic Adventure has its moments, but the whole game comes off muddled. Also known as Buck Bradley The World to Come on the title screen, this release is actually a first episode. I realized this belatedly when the credits rolled, and I said, “that’s it”? Disingenuous marketing aside, this suffers from hit or miss humor, both in the dialogue and puzzles.

As the titular Buck, you’re trying to cure your friend of her mutant transformation. Evidently, pollution is turning much of the populace into mutants. I appreciate a plot that tries to have “a story with a message to bring the issue of environmental risk to younger viewers.” Still, the mutant twist combined with the game’s brevity makes it forgettably peter out.

The game tries really hard to be funny. But for every moment that I chuckled, twice as many fall flat. This spills over into some puzzles, which lean into the nonsensical variety that weaker point-and-click games are known for. Hypnotizing a frog makes about as much sense out of context as it does in the game.

While a living comic book sounds like it would make for a visually arresting game, the devs failed to take advantage of the premise. With no animations to elevate it, the proceedings feel pretty lifeless. The music can’t save things either, as the tunes are a drag. While music is subjective, I eventually just muted it, which made the shortage of environmental sound effects that much more noticeable. I don’t expect speech in a game you can find on sale for $1.99, but if the music bugs you as much as it did me, you’ll be playing in mostly silence.

You won’t be playing for long, though. We clocked in at just around three hours, playing at a pace that can charitably be described as glacial. As the game didn’t resonate with me initially, I put it down for a spell and basically restarted fresh with my wife in tow. The game is much shorter than my play clock indicates.

As a rule, I don’t care for episodic content. And without spoiling anything, I can’t say this one ended in a way that’s made me chomp at the bit for the next entry. It’s a shame it starts and ends on subpar notes, as the mid-game opens up with several locales and characters. It hints at what Buck Bradley could be.

Genre fans might find Buck Bradley Comic Adventure worth grabbing (on sale) to pass a couple of hours. But from presentation to puzzles and beyond, this is an average release at best that most can skip without worry. Unfortunately, this title falls short in too many ways.

Genre fans might find Buck Bradley Comic Adventure worth grabbing (on sale) to pass a couple of hours. But from presentation to puzzles and beyond, this is an average release at best that most can skip without worry. Unfortunately, this title falls short in too many ways.