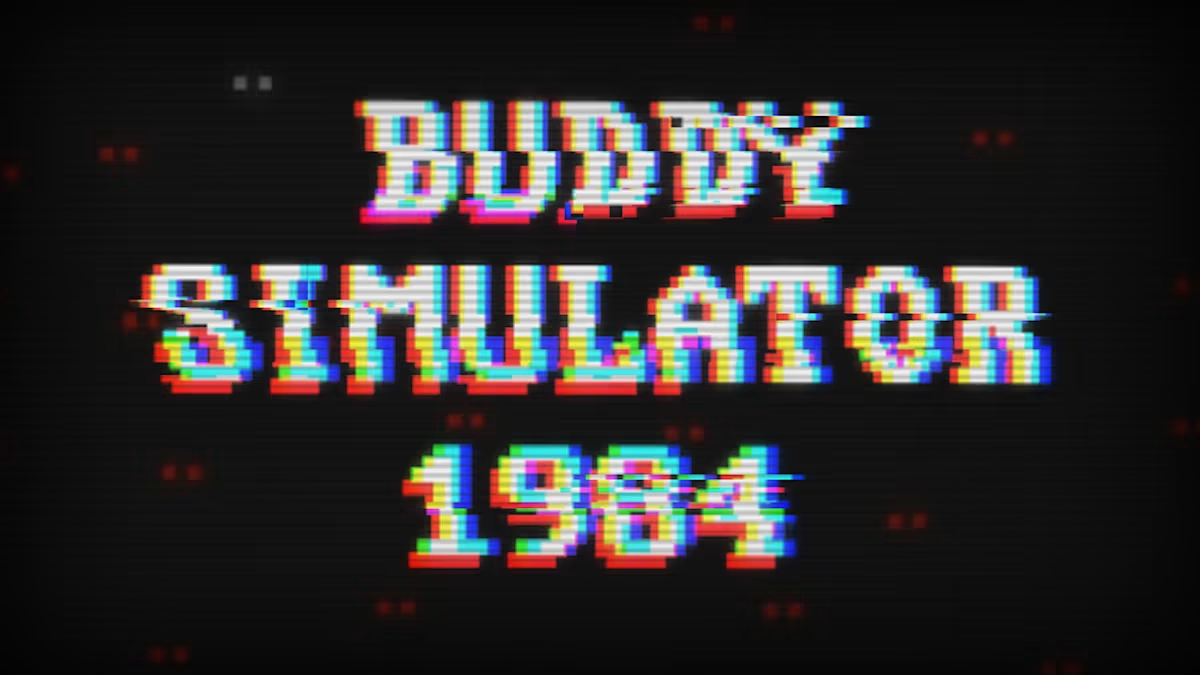 Now, this is a unique game. Buddy Simulator 1984 for the Nintendo Switch is a retro throwback with a difference. It’s not about those wonderfully pixelated ‘90s graphics; it’s not even about the glorious 8-bit era. No, this one harkens to something even more primitive: the days of DOS. And it totally works.

Buddy Simulator 1984 acts like a PC game from, well, 1984. It boots up as though it’s been loaded straight from a floppy disc, complete with black-and-white color scheme, blinking cursor, and list of commands. The attention to detail is spot on; the screen even appears curved around the corners to emulate an old-school CRT monitor. To start playing, you have to actually load the game using the available keyboard commands, further providing the feel of a title from that era. 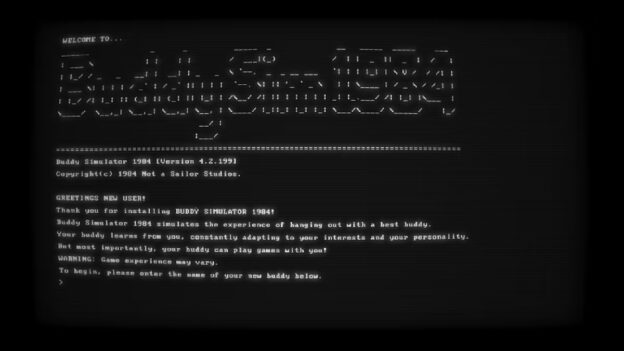 The premise is a software version of a friend. It’s clear from the beginning that this AI is eager to please. You begin by answering a series of simple questions about yourself before competing in a few rounds of hangman and rock-paper-scissors. Your buddy soon assumes this is too tedious and creates a special new game just for you. It’s even titled “The Adventure of your name”. This is where things get interesting. And creepy.

From here, Buddy Simulator 1984 is divided into three sequential sections that play like an evolution of gaming. Firstly, you encounter a text-based journey using the same DOS-like interface. You’re given brief descriptions of an area and simple commands to enter. You might type “Go shed” or “Take lantern”, for example. As you explore this world and discover its secrets, you unlock a path to the second section.

This time, your buddy has created a visual representation of that same text-based interface you just traversed. It’s a top-down affair, somewhat akin to a simple, black-and-white version of the original The Legend of Zelda. As I said, the AI is trying hard to make you happy. Importantly, though, is how much fun this unexpected change of scenery is, and how well it plays. You embark on a quest, discovering a town full of odd inhabitants who need your help. The creepiness also dials up a notch, and not just because of the odd comments from your best AI friend. 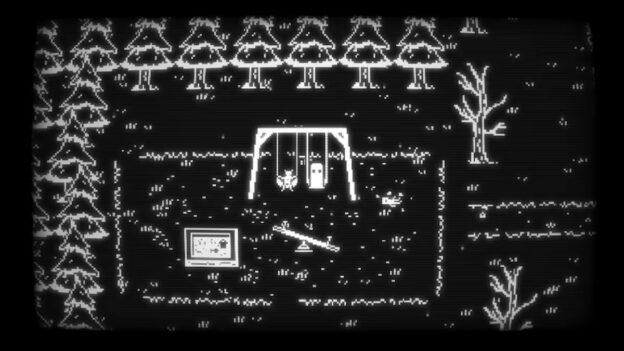 Occasionally, the game glitches on purpose, sending you to a different area. These moments are sudden and unexpected, and honestly gave me goosebumps of terror. I love a good horror movie, but scary games are something else entirely; maybe because it feels like it’s happening to me, rather than simply watching it happen. Either way, these abrupt departures provide an excellent way to keep your heart pounding.

The third section of your adventure evolves even further, morphing into a better-looking 3D affair. You’re also introduced to turn-based combat at this point, a surprise from your buddy who – you’ll remember – really, really hopes you have fun. It’s starting to get paranoid by this point, but the combat itself is interesting. Even though you’re fighting, it all seems to be a huge in-game mistake; the enemies eventually realize they actually like you or are sorry for upsetting you, leaving in peace. Your hit points are called “friendship points”, and you compliment your teammates to heal them. It’s all about being besties. 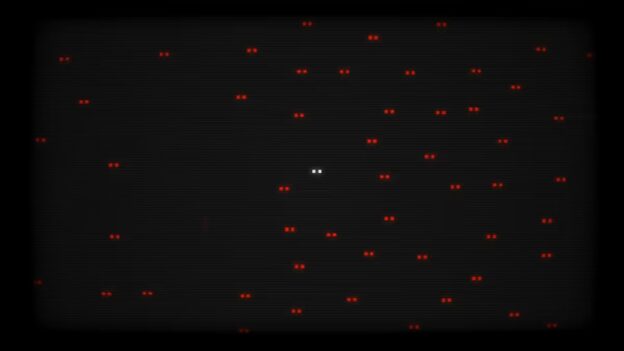 The intriguing story features alternate endings, enticing multiple playthroughs that keep you guessing the outcome. It’s fun not knowing what to expect next, with strange characters to interact with, puzzles to solve, and decisions to make. The momentum is spot on, clocking in at around 6 hours of gameplay.

Graphically, while it seems as though there’s not much to it, the deliberately simple style works well. Your “buddy” just wants to be your friend; it constantly improves the experience to be more user-friendly and visually appealing. It’s a clever use of aesthetics and, coupled with the deliberate glitches, makes for an interesting journey into this virtual world.

Overall, Buddy Simulator 1984 took me by surprise. What began as a text-based adventure soon became a lot more, intertwining creepiness into an otherwise sweet story. There’s a lot to enjoy with this title and I highly recommend checking it out if you’re interested in trying something completely different.

Buddy Simulator 1984 surprised me with the way it morphed from a text-based adventure into a creepy-yet-sweet story. If you’re looking for something completely different, this is one title you should consider checking out.