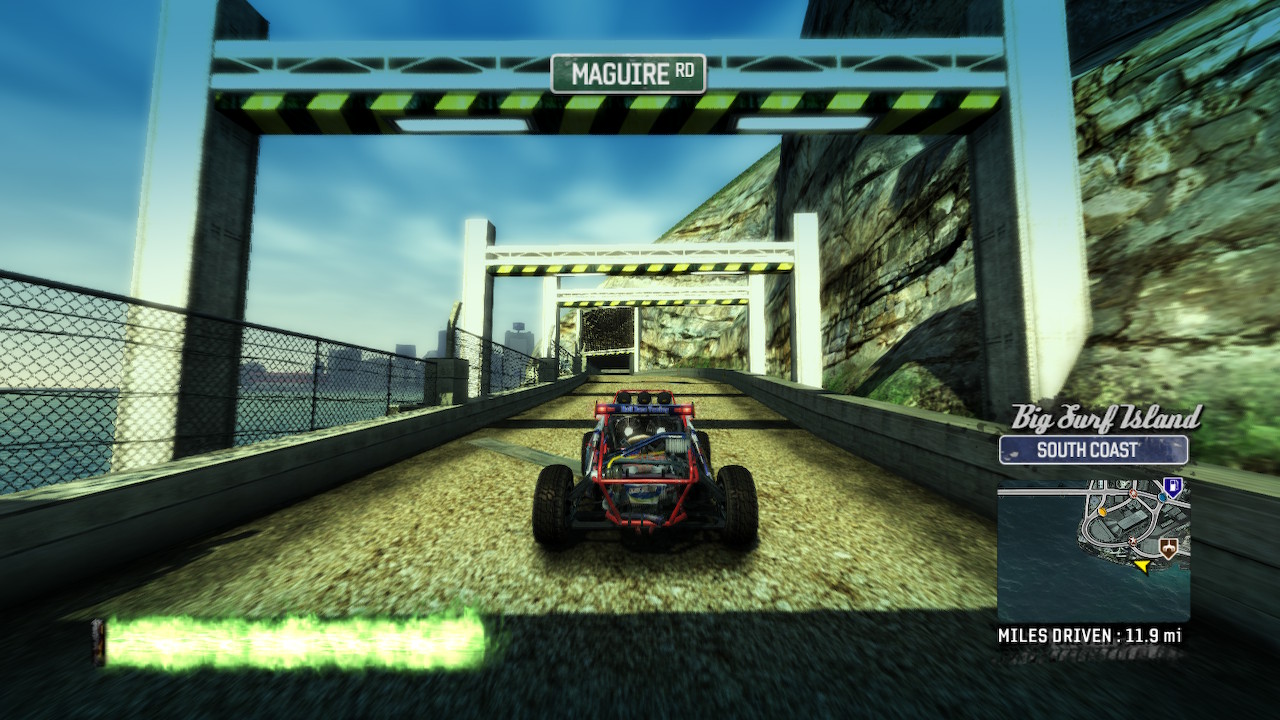 Burnout Paradise is considered by many as one of the best arcade racing games — let’s see how the remastered version has translated to the Nintendo Switch, and if that still rings true. 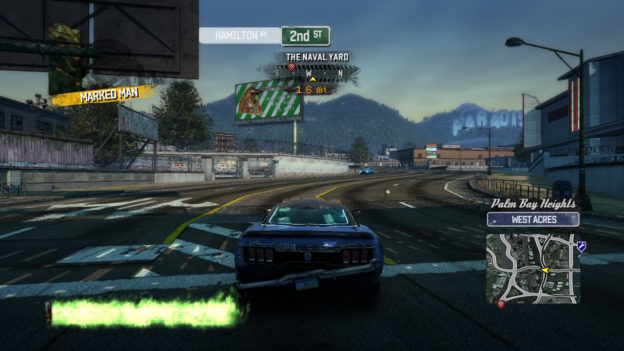 Let’s set up some baselines before we get into the review. This is the first time I’ve played a Burnout game for more than a few minutes. I think I played some of the earlier games way back — they were always a curiosity due to their focus on realistic damage / wreck simulation, but they never interested me beyond that. I had always heard good things about Burnout Paradise but never got around to playing it. After playing the Remastered version, I can see there was probably a really fun experience here, but I’m not sure if it holds up today, at least the Switch version. 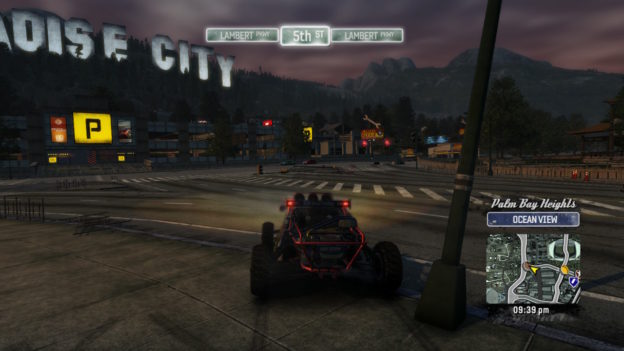 Since I don’t have much nostalgia for the original, I’m not sure this game will have the same gravitas that it might for some players. Not that the game isn’t fun, it’s just not the type of racing game I enjoy playing nowadays. The gameplay feels a lot like the San Francisco Rush games on the Nintendo 64. Rush 2 was one that I played a lot on the N64, and the stunt level was one of the most enjoyable areas in the game. If you’re playing this game for the stunts and not for the racing, you might have a good time. If you’re expecting a racing game, you may want to look elsewhere. This is a stunt game first and a racing game second — that will be immediately apparent when you realize the complete absence of a speedometer. 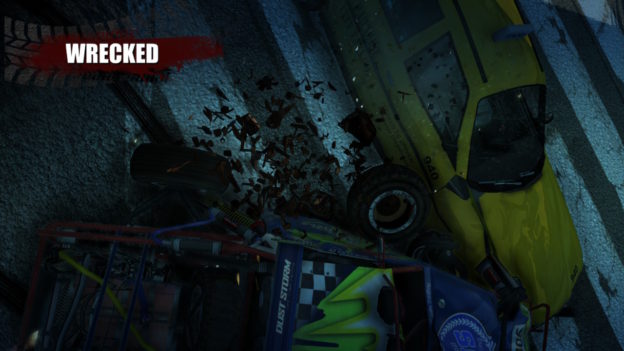 Exploring the world in Burnout Paradise is a bit of a mixed bag. There isn’t a good way to set a waypoint since this was largely before waypoints had been established for racing game maps. Waypoints aren’t always a good thing, mind you; they can make games less fun and more of a to-do list you’re checking off. But in this case, a waypoint system would be nice to get to various points of interest. Not that the races are that interesting to tackle. I actually enjoyed just driving around jumping off ramps and busting through hazard signs more than anything. But do I want to do that for hours on end? As it turns out, not particularly. 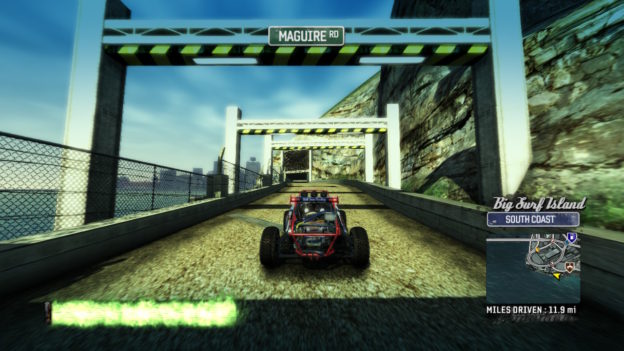 The visuals in the Switch version of Burnout Paradise Remastered are definitely rough. I’m happy the game is on the Switch at all and that it runs at 60 frames per second, but the image quality is abysmal. Details are really hard to pick out, especially at high speeds, so making the wrong turn happens more often than not. The poor image quality is more noticeable in TV mode, so I imagine most people who want to revisit this game will do so in handheld mode. Flying around the world at bristling speeds and bouncing off the side rails can be a bit jarring after a while. For some quick, stunt-filled distractions here and there, Burnout Paradise won’t disappoint on that front.

Ultimately, Burnout Paradise Remastered didn’t resonate with me. The gameplay has its moments, but it just didn’t have enough to keep me engaged for very long. There are some multiplayer modes and online options for those who are interested, but I don’t know that I can really recommend the Switch version, especially with the current $50 price tag. The soundtrack is fairly forgettable, and the Guns n’ Roses title song (Paradise City) that played every time I opened the game really made me want to never hear the song again. I recommend muting the music tracks and turning on some of your favorite tunes instead.

There are much more capable racing games I’d recommend for the Switch, and unless you have some fond memories of the original game, I wouldn’t recommend this remaster until a steep discount happens.

There are much more capable racing games I’d recommend for the Switch, and unless you have some fond memories of the original game, I wouldn’t recommend this remaster until a steep discount happens.