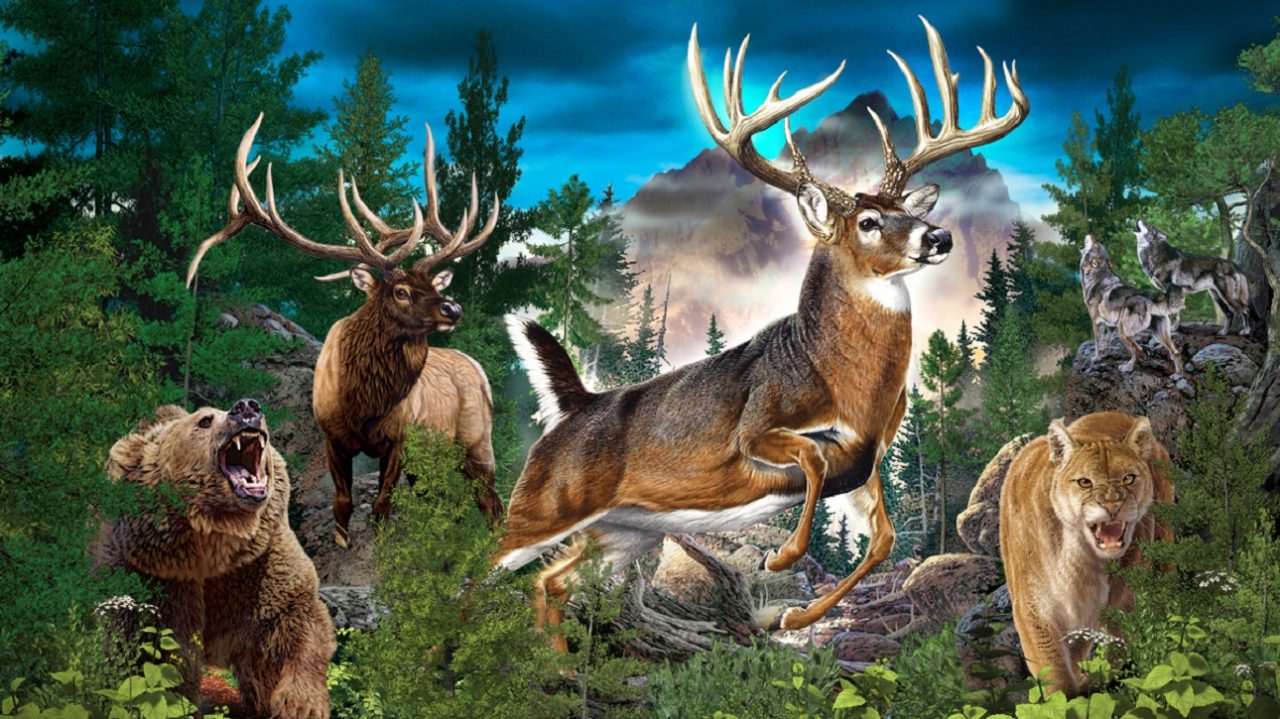 I was optimistic when I read the claim that “Cabela’s: The Hunt is fun for gamers and hunters alike.” Turns out, this is correct. Its helpful tutorial reveals a lot of controls, yet they’re mapped well and easy to remember. I’m no hunter, but I still found this Championship Edition entertaining.

When I say I’m no hunter, I mean it. I’ve never hunted a day in my life. But I have friends who’ve hunted, and I can appreciate how they enjoy the fresh air and exercise, as well as clothing and – above all – food for themselves and their families. This game is much more authentic in its approach. I’ve played arcade hunters where animals don’t reflect realism, pacing back and forth with a seemingly unexpected lack of awareness and concern. That’s not the case here, and I appreciate the animal’s mindful approach true to life reactions.

The authenticity extends to how you hunt the animals. They won’t be clustered all together. You’ll need to take advantage of your all-terrain vehicle and GPS to hunt them one at a time. You’ll follow their tracks. You might use a scent. Unlike arcade hunters, a shot to the hindquarters won’t drop an animal here, so be careful. Some players may not like having to be patient, but I came to enjoy the slower pace. A word of note, some later missions some took me up to 2 hours due to limited tags, which dictated how much of a particular animal I was allowed to hunt.

There are plenty of side missions on offer. You might find yourself protecting livestock from coyotes for instance. If you want a break from hunting, you can drive your quad bike to various targets in a biathlon fashion. Or travel to the outskirts and look for hidden landmarks. These side missions also increase your reputation which ultimately leads to advancement.

There are other extras. Multiplayer minigames include shooting ranges (think Hogan’s Alley) ATV races, duck hunting, and more. There’s really only one flop, where you fight grizzly bears while saddled with a lousy gun. A wide range of statistics are recorded too, close to 100. I learned that I pretty much stuck with scoped rifles. There are also leaderboards

I’m of two minds on the graphics. One the one hand, they’re dated. Some muddy textures, draw in, and the odd tree that looks like it’s floating attest to this. Character models also look dated, though rarely seen. Stealth mode has a sepia tone filter that does the game no favors visually. Where it does succeed is in the diverse surroundings. From snowy Alaska to the Florida swamps, from New Mexico’s isolated mesas to Maine’s foliage coastline. There’s little music, but since this isn’t arcade oriented it works. The silence is fitting as it has you focusing on sound effects. They draw you into the atmosphere while also proving useful for identifying animals. The odd bit of narration here and there sounds like it’s read by Parks and Recreations Ron Swanson. 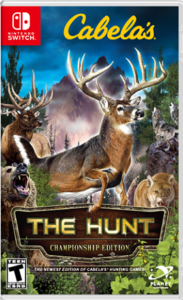 The default controls are comfortable. You can adjust sensitivity, invert aim, and so forth, but I found them fine as is. Motion controls can be flipped on and off. I found them surpassingly helpful in handheld mode. I could get close with the Joy-Cons and then subtly tilt to get that last ten percent. The only sizable control concern comes when navigating terrain. It might appear easily climbable but even a slight incline will stall you. Your character isn’t too limber, and often can’t handle even the gentlest slope. I’d like to see more consistent, increased range of movement.

Cabela’s: The Hunt – Championship Edition turns out to be quite a good game for what it is, with its authentic approach to hunting. I played it through to completion. It’s available as a $49.99 package with a solid plastic gun. If that larger peripheral isn’t your thing, the game can be found alone for 39.99 which I think is fair for what’s here.

Thanks to Planet Entertainment for sending us this package for review coverage.

Cabela’s: The Hunt – Championship Edition turns out to be quite a good game for what it is, with its authentic approach to hunting. I played it through to completion. It’s available as a $49.99 package with a solid plastic gun. If that larger peripheral isn’t your thing, the game can be found alone for 39.99 which I think is fair for what’s here.