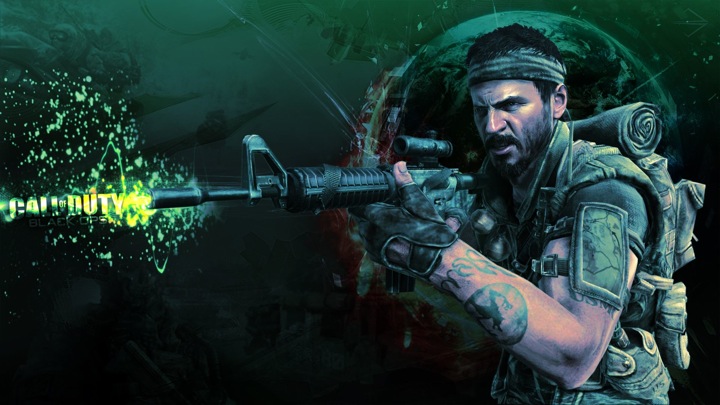 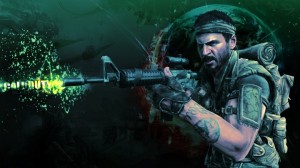 This year the Wii actually gets the latest Call of Duty game the same time every other platform gets it. Last year’s Modern Warfare Reflex was a remake of the first Modern Warfare, so it’s been a little while since this has happened for Nintendo fans. Luckily for Wii owners, the game’s storyline and missions are largely intact and follow the same events that happen in the other console counterparts. So how does Black Ops fair on the Wii and DS?

I’ll go ahead and say that Activision/Treyarch really put more effort into this CoD for the Wii than past games. Previous games were noticeably lacking in the graphics department and had other noticeable flaws throughout the game. This time around we’re treated to an almost identical experience to the HD versions’ levels only with the SD graphics. The graphics have been improved some from past CoD outings, but there is still room for improvement. The missions follow events from throughout the last 30-40 years starting with the Bay of Pigs invasion. You’re on a black ops (naturally) mission in Cuba to try and assassinate Castro. The game plays out as if you’re reliving these missions through memories. In fact you’re actually being tied up in a chair being interrogated on what you know about these various missions. It’s a different approach but I enjoyed the missions a little more than listening to the back and forth during the interrogation cutscenes. The cutscenes are a little too formulaic and Jack Baurer-ish to me. 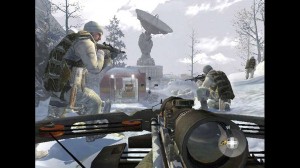 The Wii version features the same gameplay you’d find in past CoD games and an incredibly deep multiplayer experience. New for this year’s Wii CoD, Treyarch can actually push updates to the game of the Nintendo Wifi Connection. This allows for any bugs to be patched even after the game’s release. This is a really cool feature and one that will keep Wii online gamers very happy. I’ve actually spent more time in the multiplayer in Black Ops than the single player because the online is just that much fun. You’ll find most of the levels you would in the other console versions and all the modes and upgrades are in tact as well. The co-op zombie mode is also included so there’s quite a bit here to keep you occupied. 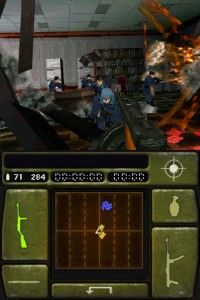 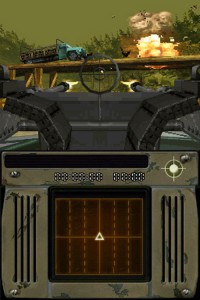 The DS version is still an impressive outing and features the same graphics engine of previous titles such as CoD Mobilized and World at War on the DS. The graphics are in 3D and gameplay is pretty deep as you can aim down your sights, crouch, run, and do melee attacks. The multiplayer mode allows for 6 players in both local and online multiplayer. This is really fun and the DS version also includes the zombie co-op mode for 2 players.

Overall, there’s a lot of content with Black Ops for both the Wii and DS. You’re not going to get the best presentation, but at least these versions aren’t lacking in a lot of other areas.